In DC’s Wonder Woman, the titular character’s mother is named Hippolyta. And, here are 10 things about her you possibly didn’t know.

Everyone begins somewhere. Even Wonder Woman, an immortal demi-goddess has beginnings that start with Hippolyta, who either formed Diana from clay or birthed her after being with Zeus himself. But is Hippolyta merely Diana’s mother? Of course not—Hippolyta had her own role to play as the first of the Amazons, and over the years we’ve seen her be everything from the warrior queen everyone knows her to be to even taking on the role of Wonder Woman herself!

Here we look into the backstory of Hippolyta, a character that DC has used in a ton of interesting ways following their 1987 Crisis storyline. This list will delve into that as well as what we’ve seen from older and current versions of the character. 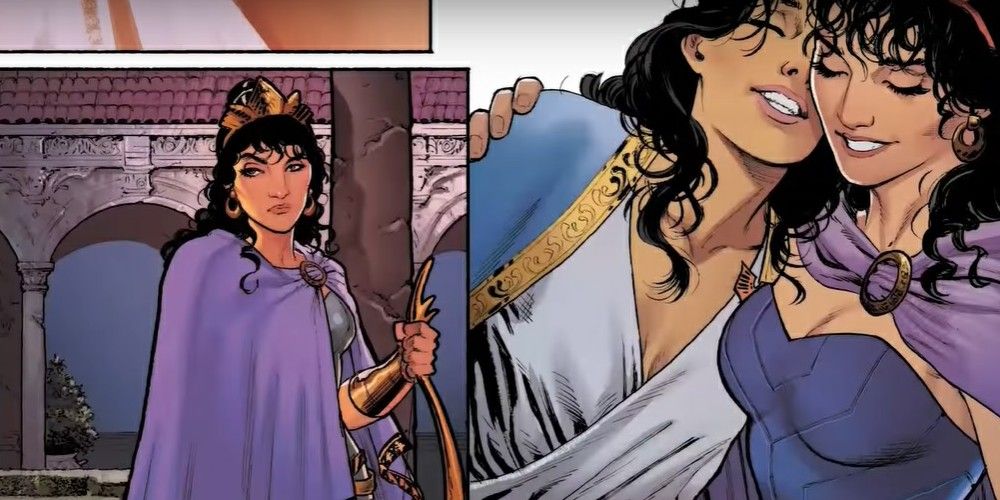 Hippolyta’s name isn’t just a reference to some long ago Greek characters, she’s literally been around for thousands of years. Though the comics have gone back and forth on whether or not Diana herself was immortal, they’re generally pretty clear on Hippolyta’s status.

Gifted by the gods with immortal life, she’s got the wisdom of millennia under her belt, knowledge she would eventually pass on to her daughter Diana.

9 SLAIN BY A CAVEMAN 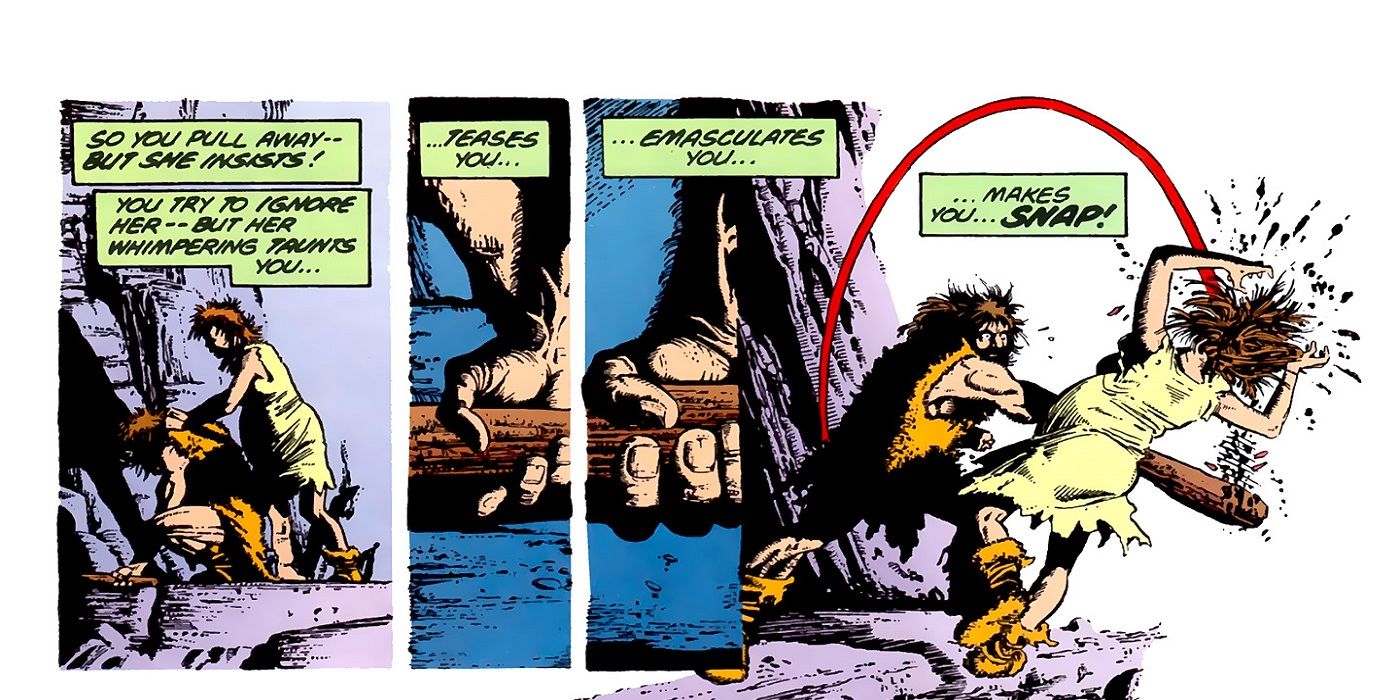 The initial story of the Amazons is that they’re all the souls of women who were all killed by men. For Hippolyta, her story is that she’s the first woman ever killed by a man—she was originally a pregnant cavewoman in the year 32,000 BC.

After a cave man was attacked and maimed by a tiger, he wandered into a cave and took the life of a cavewoman. That soul would eventually join with the clay of the Aegean Sea, and Hippolyta would be one of the first Amazonians, brought to life by the Greek goddesses Artemis, Athena, Hestia, Demeter, and Aphrodite.

8 FORBADE HER DAUGHTER FROM GOING TO MAN’S WORLD 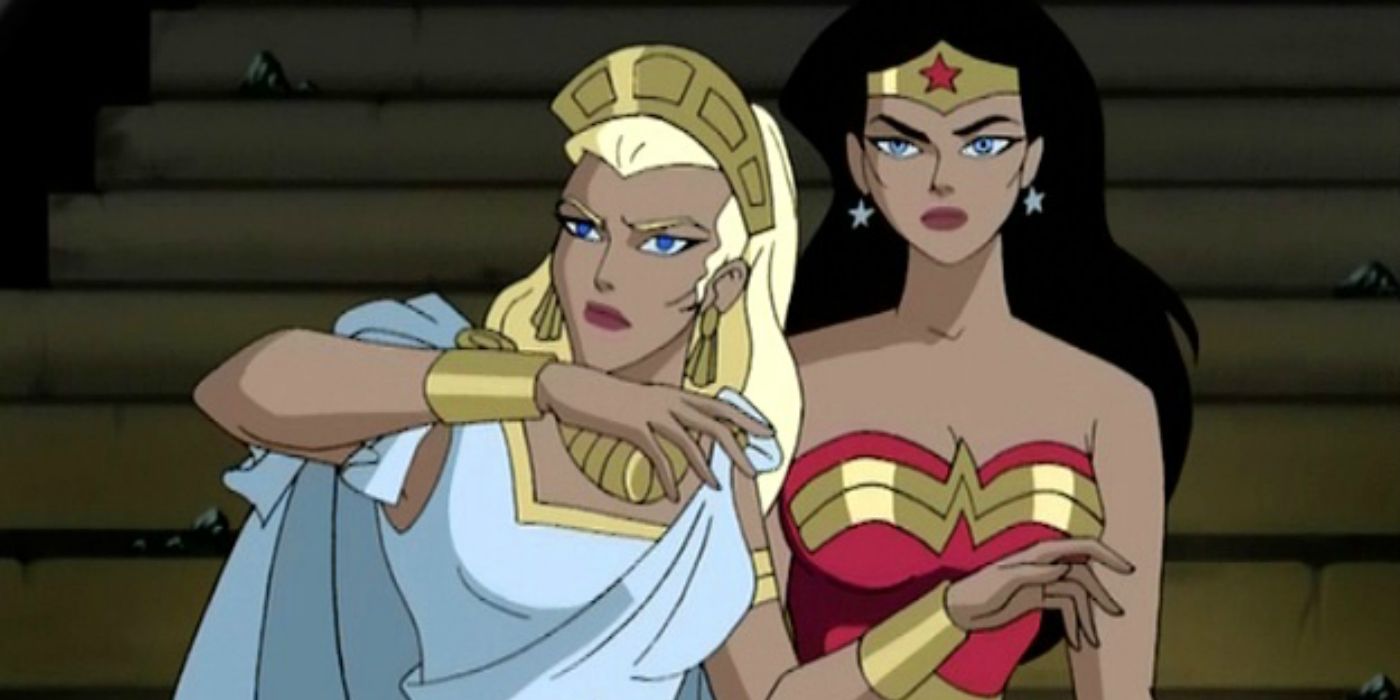 During the Pre-Flashpoint era, we got to see a new interpretation of Diana’s origin. In that era, we learned the Amazons were commanded by the gods to send a messenger from Themyscira into “Patriarch’s World” to serve as a champion and teach them the ways of the amazons.

When this happened, a contest was held to decide who would be sent and forced to leave Paradise Island. But rather than allowing all Amazons to compete fairly, Hippolyta forbid her daughter from competing to keep her on the island. But when Diana falsified her identity and won, she was left with no choice but to allow Diana to leave. 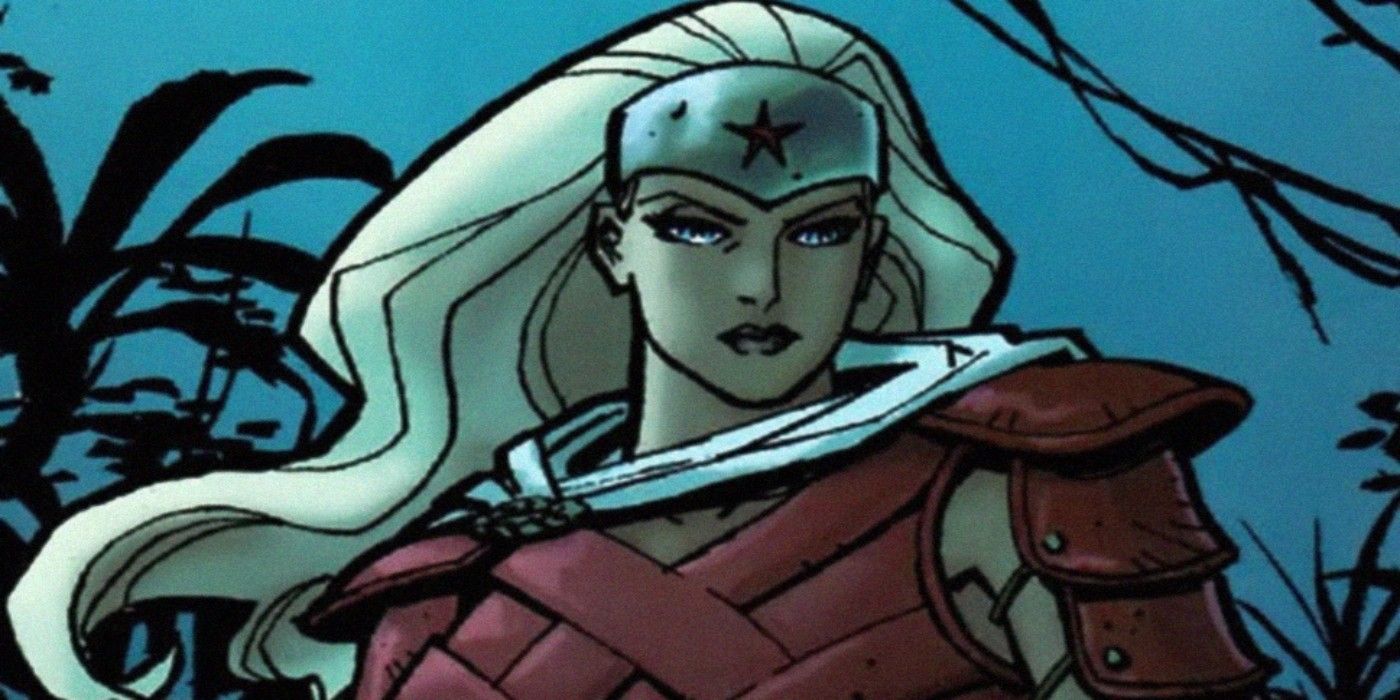 This would not be the first time Diana and her mother butt heads. During Pre-Crisis on Infinite Earths, Hippolyta was actually a bit more antagonistic concerning her relationship with her daughter. After Wonder Woman recovered from having amnesia, she took on a test to re-join the Justice League.

But, her mother didn’t react too well to this, and she went so far as to revive Wonder Woman’s former flame Steve Trevor and make him crazed enough to attack Themyscira, to see if Diana would defend Paradise Island against someone she loved.

In the mid-90’s, an adventure of Wonder Woman’s caused her to become an enemy of Circe, who teleported all of Themyscira to a dark dimension of demons. In that dimension, Hippolyta had a dream where she saw Wonder Woman being killed. Believing she could avoid this fate for her daughter, Hippolyta had a new contest to decide who would be Themyscira’s champion.

Realizing her daughter’s superior skills would see her win, she also cast a spell to allow Artemis, the most powerful warrior of the Bana-Mighdall Amazons, to have half of Diana’s powers be given to Artemis. This would eventually lead to Artemis becoming Wonder Woman…and her death in battle, something Diana would struggle to forgive her mother for.

5 WONDER WOMAN OF THE PAST

Hippolyta’s actions during second contest resulted in her eventually getting Diana killed anyway, as having her powers split while near Artemis resulted in her dying against Neron. But Diana was revived by the gods and asked to become the goddess of truth.

Meanwhile, Hippolyta was forced to continue as Wonder Woman in the present. But, thanks to an adventure with Jay Garrick, the first Flash, she would actually go on to become a member of the Justice Society, spending eight years in the past fighting with them before returning to the modern day.

Hippolyta continued her journey as Wonder Woman long after her time alongside the Justice Society. Not even her daughter’s return to the world of the living helped, as she continued to work to help those around her…even as Diana would urge her to go back to the island and serve as queen.

In the end, Hippolyta would lose her life defending Diana from a threat during the Our Worlds at War event. But this wasn’t the end by any means—she would find herself revived a few years later, with a part of Circe’s soul placed inside of her, eventually resulting in her attacking the United States during the terribly-received Amazons Attack event. 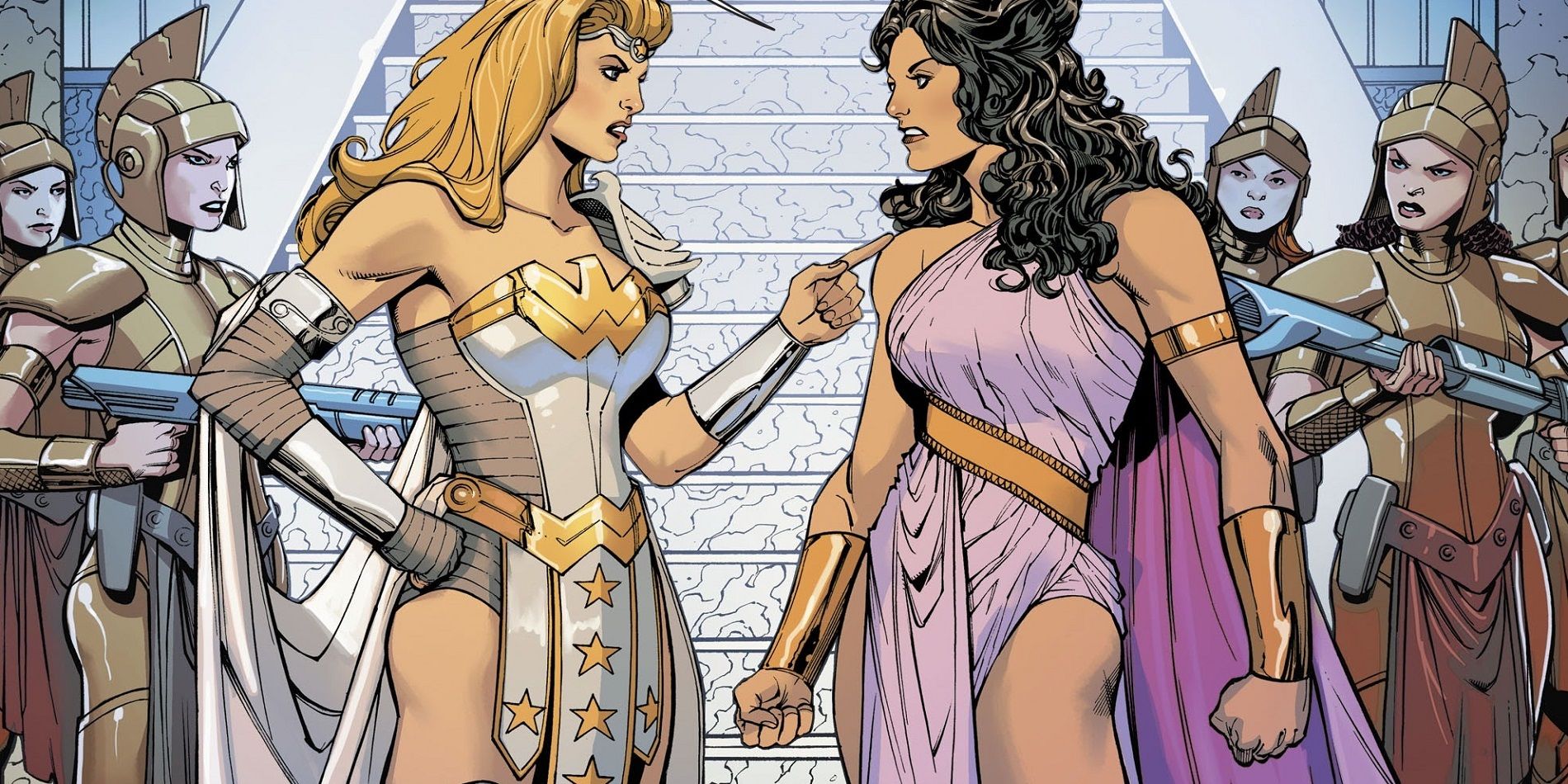 In a series of actions that would make Batman himself proud, Hippolyta once created an entire alternate dimension—Dimension Chi—where she could see what would happen if all her actions were instead the opposite. There, Paradise Island is ruled over by Empress Hippolyta, who respects strength over cooperation.

The key difference with this version of the Queen is that she destroyed the clay doll which would become Diana rather than ask for it to be given life by the gods. Both Hippolyta and Diana met this dark version of the Queen, and aided in saving their Themyscira from being destroyed.

2 THE CHILDREN OF HIPPOLYTA

Diana isn’t the only child of Hippolyta. When her origin was re-done and instead suggested Diana was born from a coupling with Zeus, we learned she also had a son named Jason, Diana’s twin brother who was fortunate enough to be raised by Glaucus, of the Argonauts. 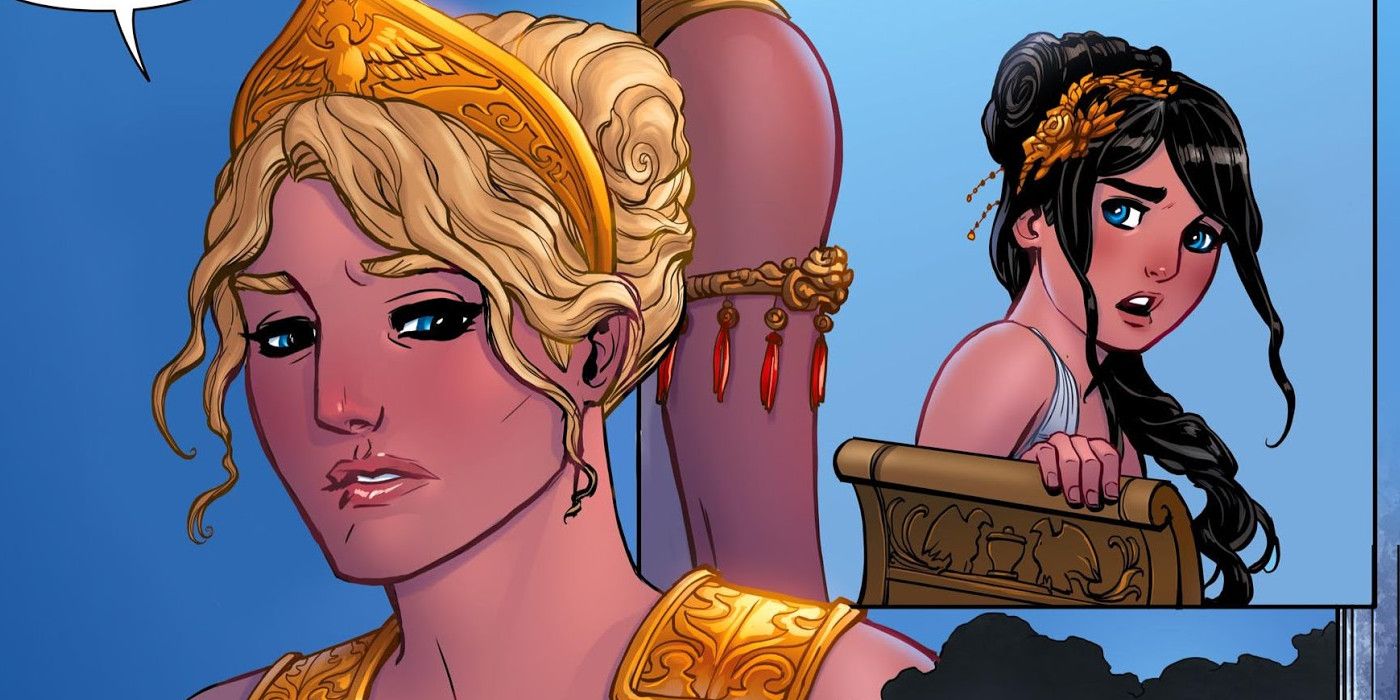 Hippolyta’s status as queen of Themyscira is called into question rather frequently. Gail Simone’s The Circle sees a group of the queen’s guardians turning on her after Hippolyta creates Diana, believing a child would be the destruction of the island. The Bana-Mighdall tribe of Amazons return to Themyscira and never truly see her as the proper queen.

She’s even banished to the island alone by Granny Goodness disguised as Athena after the events of Amazons Attack. But at the same time, she also spends a good portion of the late 90’s and early 2000’s trying to avoid being the queen and getting the same right to explore the modern world as her daughter, which results in the Amazons often wondering where her loyalties lie.