You Are Reading :Who Is MarVell Explaining Jude Laws Captain Marvel Role 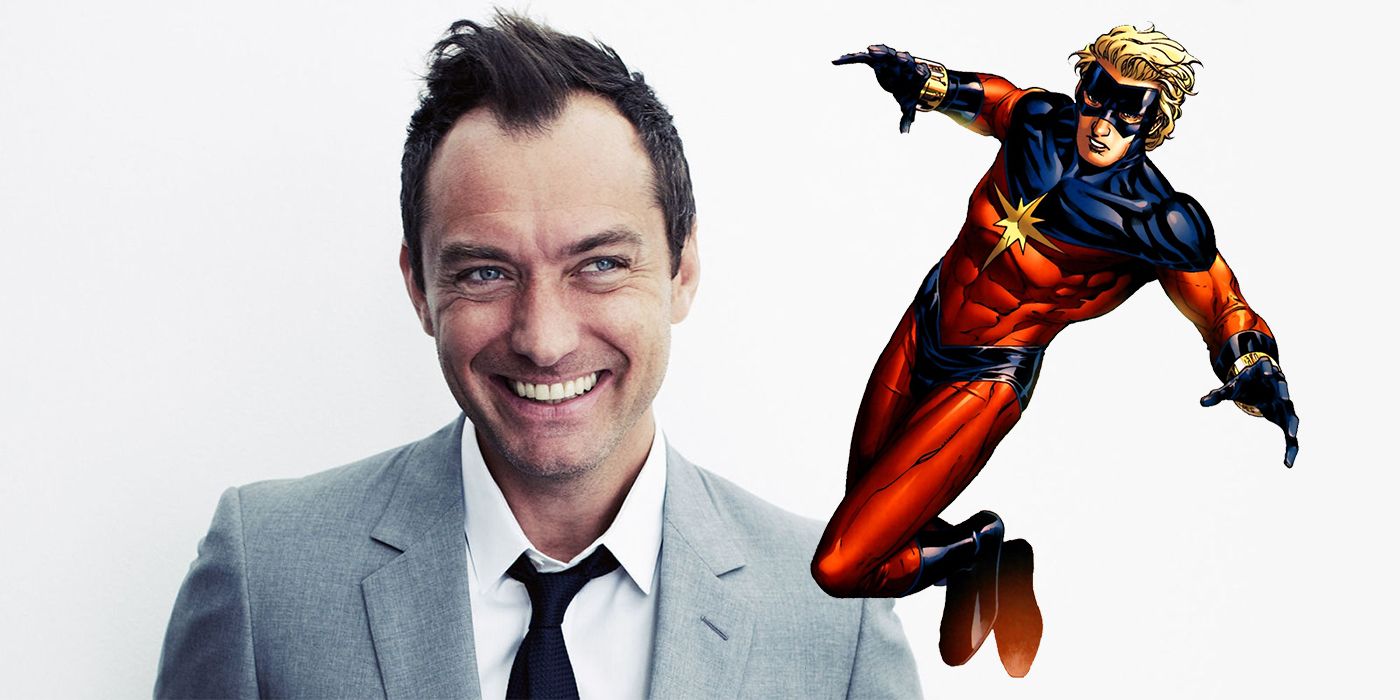 Captain Marvel is the name of several superheroes spanning multiple comics publishers. To make matters even more confusing, there are two movies featuring a Captain Marvel set to release in 2019 — one from Marvel Studios titled Captain Marvel, and another from Warner Bros. and DC Films, titled Shazam! Now, Jude Law has been cast in the Marvel Cinematic Universe as Mar-Vell, a character created by Stan Lee and Gene Colan, who’s perhaps better known as Marvel’s original Captain Marvel. Baffling, we know.

With yet another heavy-hitting actor joining Captain Marvel, it’s clear the Marvel Studios is war-ready when it comes to the battle of the Captain Marvels. Jude Law has been cast alongside Brie Larson as Carol Danvers/Captain Marvel, Samuel L. Jackson as Nick Fury, and Ben Mendelsohn as the main antagonist. Let’s dive into the character of Mar-Vell to see just who Law will bring to life in the MCU.

First appearing in Marvel Comics’ Marvel Super-Heroes #12 in December 1967, Captain Marvel is a title that actually predates Marvel. From 1940 to 1953, Captain Marvel was a popular character published by Fawcett Comics, who held the trademark for the name during that time. In 1953, their trademark lapsed after a copyright infringement suit from DC Comics came through. Making the most of this sticky situation, Marvel Comics debuted their own take on Captain Marvel and trademarked the name just as quick.

Shortly after appearing in Marvel Super-Heroes, the character was given his own ongoing series commencing with Captain Marvel #1 in May 1968. This series established the title character as Mar-Vell, a member of the Kree alien race who came to Earth as a spy. This series didn’t catch on, ultimately seeing Captain Marvel receive a fresh costume and increased powers courtesy of Roy Thomas soon after, in October 1969.

The first successful use of Mar-Vell came in the Kree/Skrull War arc in Avengers #89 to #97, which ran from June 1971 to March 1972. Captain Mar-Vell is sent to Earth to deem whether it’s a threat to the Kree empire or not, adopting the name of deceased scientist Walter Lawson. Occasionally partaking in acts of heroism, humans think he’s pronouncing his name as “Captain Marvel,” — and the rest, is history. 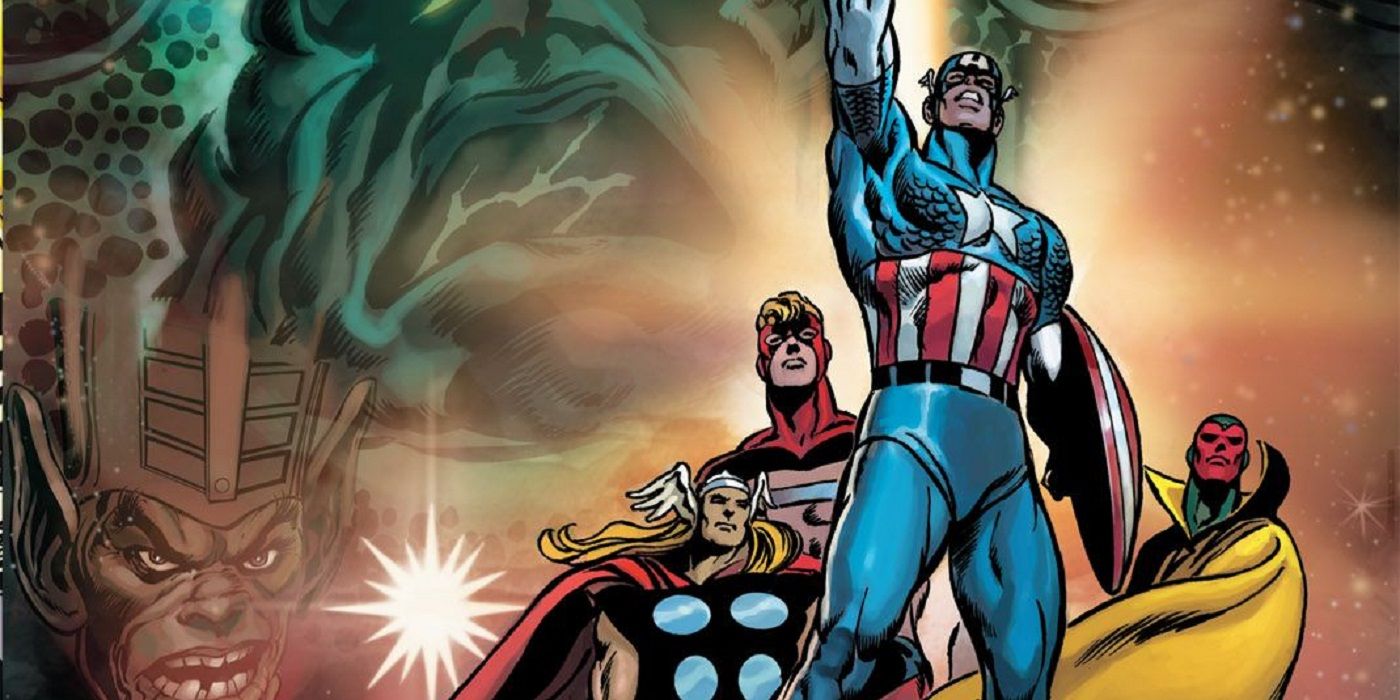 Marvel Studios’ Captain Marvel movie is said to pull inspiration for the aforementioned Kree/Skrull War – one of the most beloved comic stories of the Silver Age. If you’ve watched the other instalments of the Marvel Cinematic Universe then you should already be accustomed to the Kree. They’re a race of blue-skinned aliens who really love war. Remember Ronan the Accuser in Guardians of the Galaxy? He’s a Kree. Watched Agents of S.H.I.E.L.D.? You’ve met an iteration of the Kree. The Skrulls are much more simplistic than the Kree: they’re shape-shifting green aliens who are yet to appear in the Marvel Cinematic Universe.

The Kree/Skrull War planted Mar-Vell somewhere in the middle, surrounded by the Avengers and the two powerful intergalactic alien races battling it out. The story kicks off with Mar-Vell being captured by the Avengers, though he’s not treated under the newly-formed Alien Activities Commission. This practically leaves humans fearing aliens, though this fear is revealed to be manufactured by the Skrulls, who are on the planet planting seeds of paranoia among the population.

Ronan the Accuser wants to devolve Earth back into a prehistoric state so his race can use Earth as a battle station in the war, though the Avengers are able to stop him in his tracks. After saving the planet, Mar-Vell, Scarlet Witch and Quicksilver are kidnapped by the Skrulls in hopes that Mar-Vell can build a machine that’s strong enough to destroy his own race. In typical superheroic fashion, the rest of Earth’s Mightiest Heroes rescue their teammates and end the war (seemingly, but not literally, once and for all). While we don’t expect Captain Marvel to heavily base itself off of this story, it’ll likely lend aspects of the war between the races and exclude the Avengers since it’s set in the 1990s.

Stumbling into the art of writing through his own blog in 2015, Adam Fitch is a freelance journalist who can’t help but love comic books, movies, and esports. Ranging from news, to features, to match reports, Adam is happy to write pretty much anything as long as it involves one of his interests. Adam currently writes for CBR, of course, as well as Esports Insider, Cybersport, and Esports Edition. You can find out more about him on his personal website, byadamfitch.com, and on literally every social media platform @byadamfitch.