Ultimate Butoden is one of most obscure Dragon Ball games out there, but it’s also one of the better entries in the franchise.

You Are Reading :Ultimate Butoden & 9 Other Dragon Ball Games Youve Never Heard Of 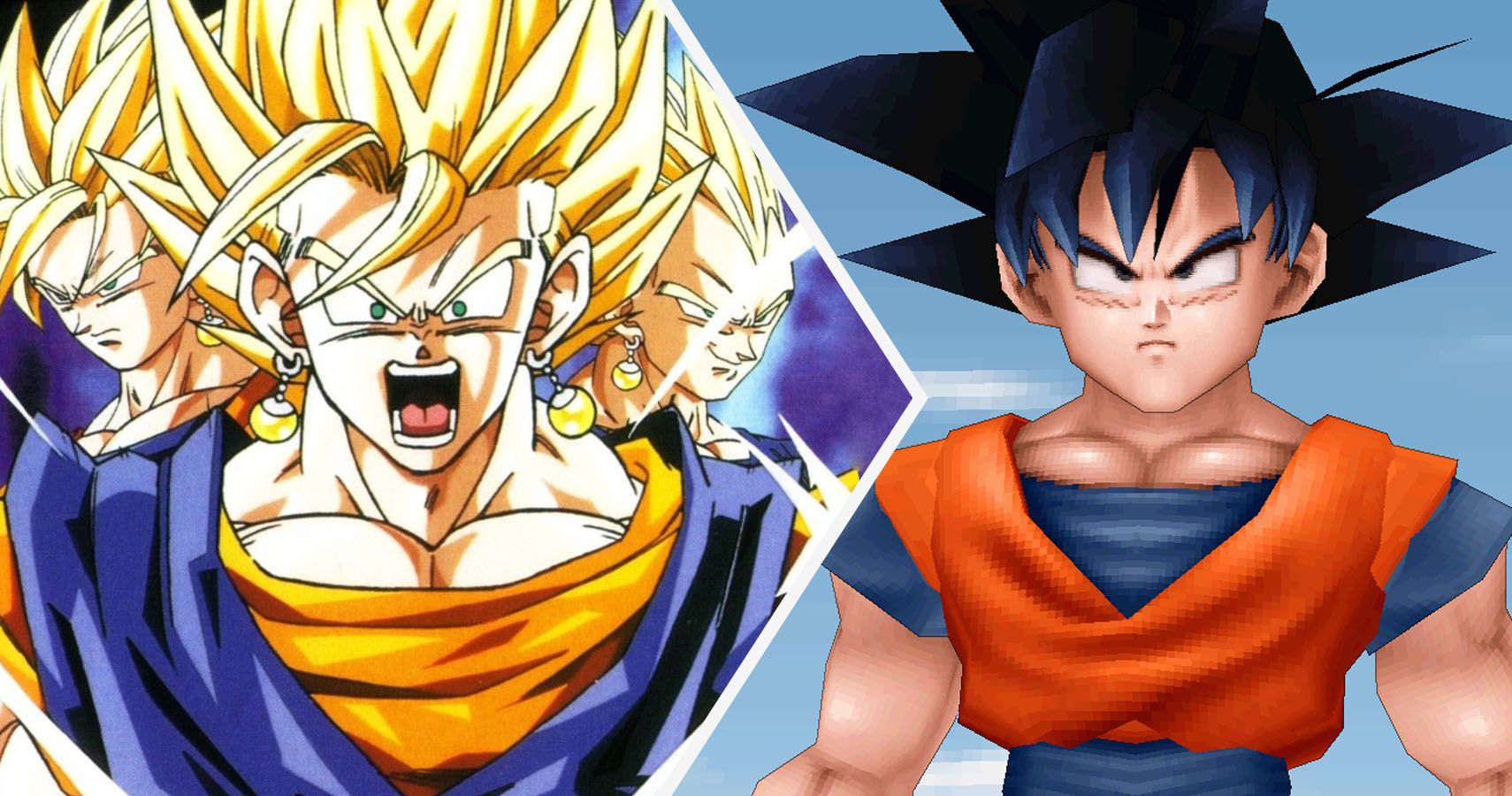 Video games and Dragon Ball go hand in hand. It didn’t take long after the debut of the anime for the franchise to start indulging in video game adaptations. Nowadays, most Dragon Ball games are fighters– typical for any Shonen series– but Dragon Ball also has a rich history with the RPG genre.

The best Dragon Ball games aren’t the ones that feature dozens upon dozens of characters in their roster, but the obscure titles that either try something unique with their gameplay or choose to adapt key portions of the story, keeping their pacing reasonable. Ultimate Butoden is one of most obscure Dragon Ball games out there, but it’s also one of the better entries in the franchise. 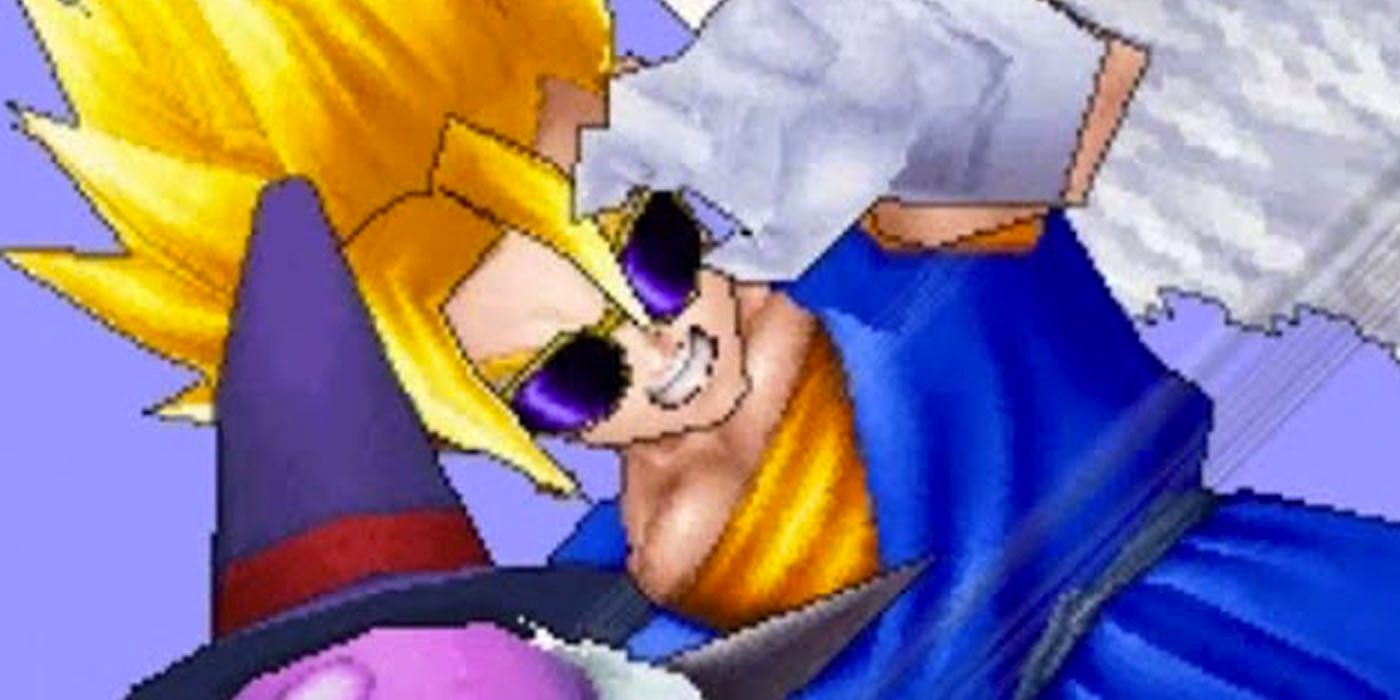 Released exclusively in Japan, Ultimate Butoden was the first entry in the Butoden sub-series in over a decade (the last having been 1997’s Final Bout.) Technically a Dragon Ball Kai game, Ultimate Butoden covers everything from the start of the Saiyan arc to the end of Majin Buu. With a fairly detailed story mode, a large roster, and excellent presentation, Ultimate Butoden stands out as one of the best fighters in the series.

There are plenty of unlockables beyond new characters, including accessories to customize the roster with. Ultimate Butoden may be in Japanese, but anyone remotely familiar with the Z-era can comfortably make it through the game. 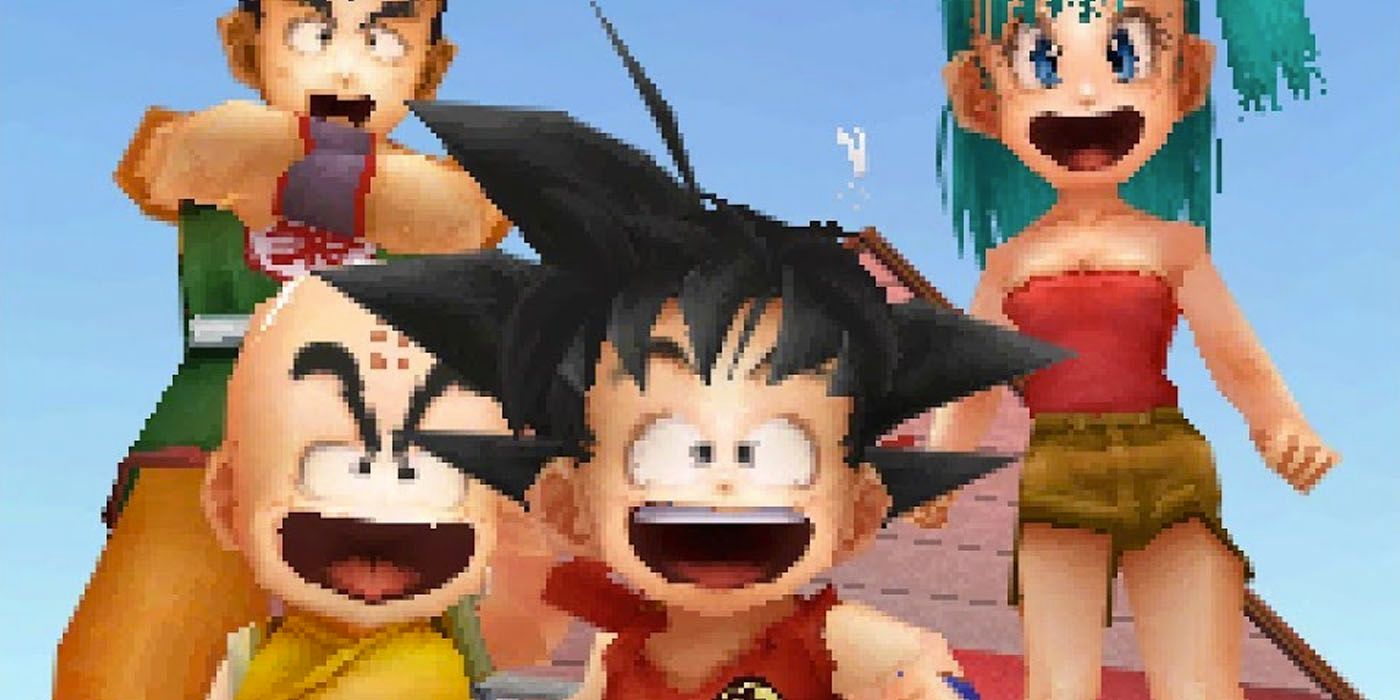 A Zelda-esque duology for the Nintendo DS, Dragon Ball Origins 1 & 2 are rare video games that adapt early Dragon Ball. The first game covers the first Hunt for the Dragon Balls and the 21st Tenkaichi Budokai, while the second adapts the entirety of the Red Ribbon Army arc. It’s debatable which of the two games is actually better, but both are worth playing.

Origins 1 is a more accurate adaptation than O2, but the latter deserves some leeway for giving the Red Ribbon Army arc’s length the respect it deserves. The end result is a story that perhaps spends a bit too much time on every story beat, but the presentation is so high quality that it’s hard not to fall in love with Origins’ interpretation of Dragon Ball. 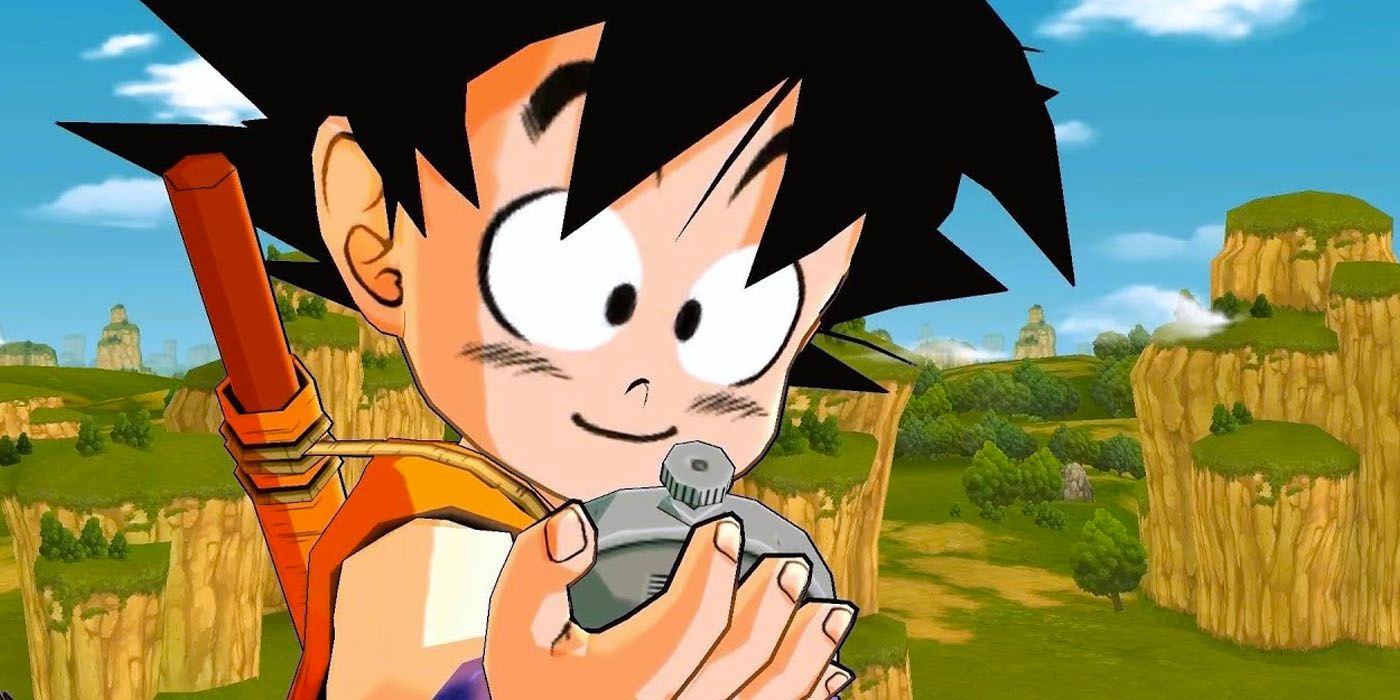 Even though an Origins 3 was never made, Revenge of King Piccolo on the Nintendo Wii more or less fulfills the role a third sequel would have. Abridging the Red Ribbon Army arc before covering the 22nd Tenkaichi Budokai and Demon King Piccolo arcs in rather full detail. The core gameplay is a bit different, opting for a more action packed experience ala Advanced Adventure, but the presentation is as high quality as ever.

If there’s one clear fault with Revenge of King Piccolo, it’s that the game doesn’t dedicate any time to the arc’s epilogue. Goku training with God might make for an anticlimactic end, but it’s extremely important in actually wrapping up the core story. As a result, Revenge of King Piccolo doesn’t quite match Origins as an adaptation even if it is a fine game.

7 Attack Of The Saiyans (NDS) 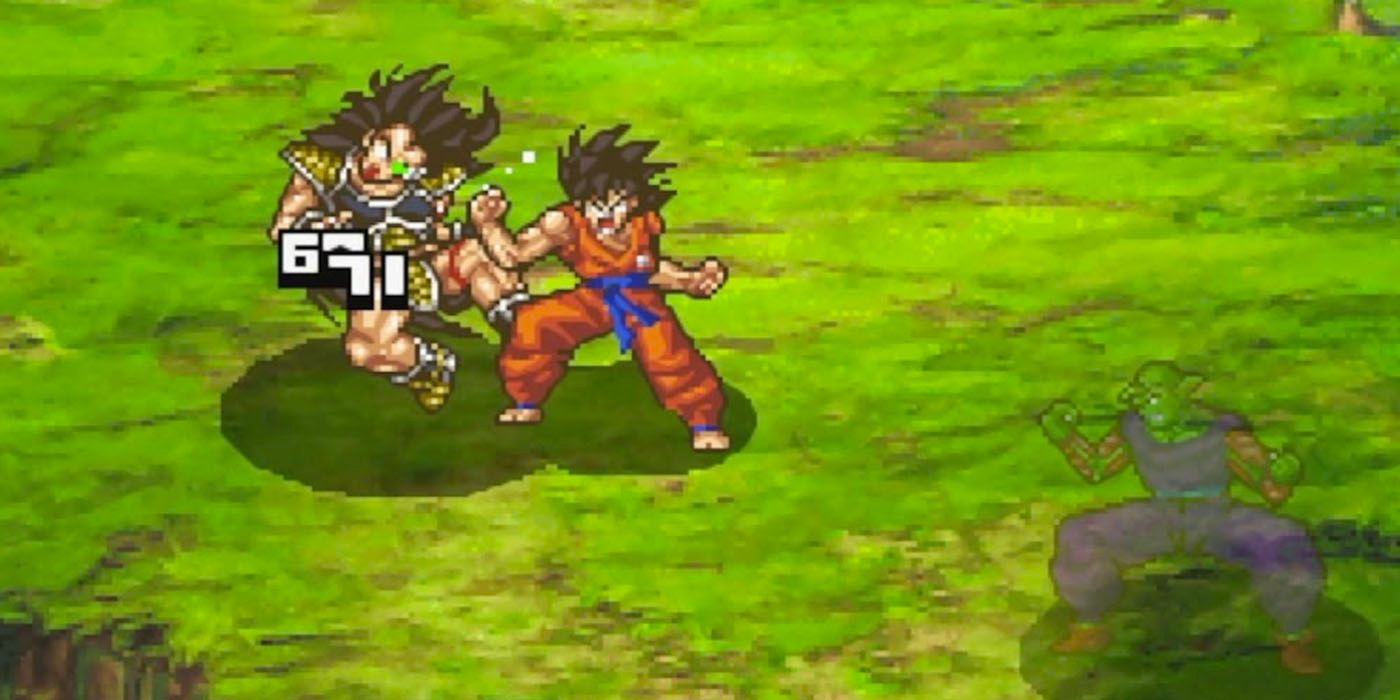 A turn-based JRPG developed by Monolith Soft, the same studio behind Xenoblade Chronicles, Attack of the Saiyans is yet another Dragon Ball Kai game for the Nintendo DS. Unlike Ultimate Butoden, Attack of the Saiyans only fully adapts the Saiyan arc. Interestingly, the game also creates its own prologue around the 23rd Tenkaichi Budokai, introducing the world of Dragon Ball to newcomers in a rather concise manner.

The core combat is incredible, taking cues from Super Mario RPG when it comes to in-game reaction times and Shin Megami Tensei for stat leveling. The story focusing on a small portion of Dragon Ball history also allows for the game to accurately adapt the Saiyan arc, even lending some more nuance to the supporting cast. 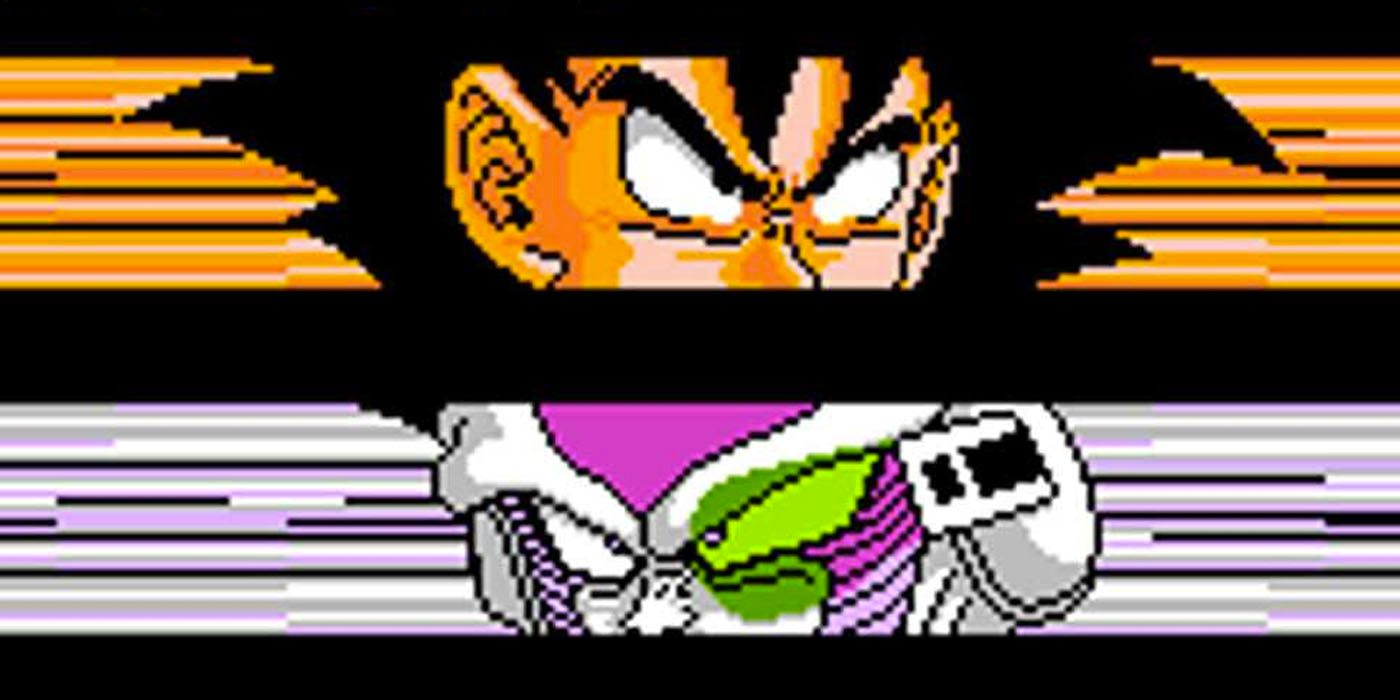 Dragon Ball’s history in the video game medium dates back before the popularization of the fighting game genre. As a result, most of the franchise’s earliest titles are JRPGs. Gekishin Freeza is the fourth Dragon Ball card based RPG on the Famicom, and it’s arguably the best of the lot. 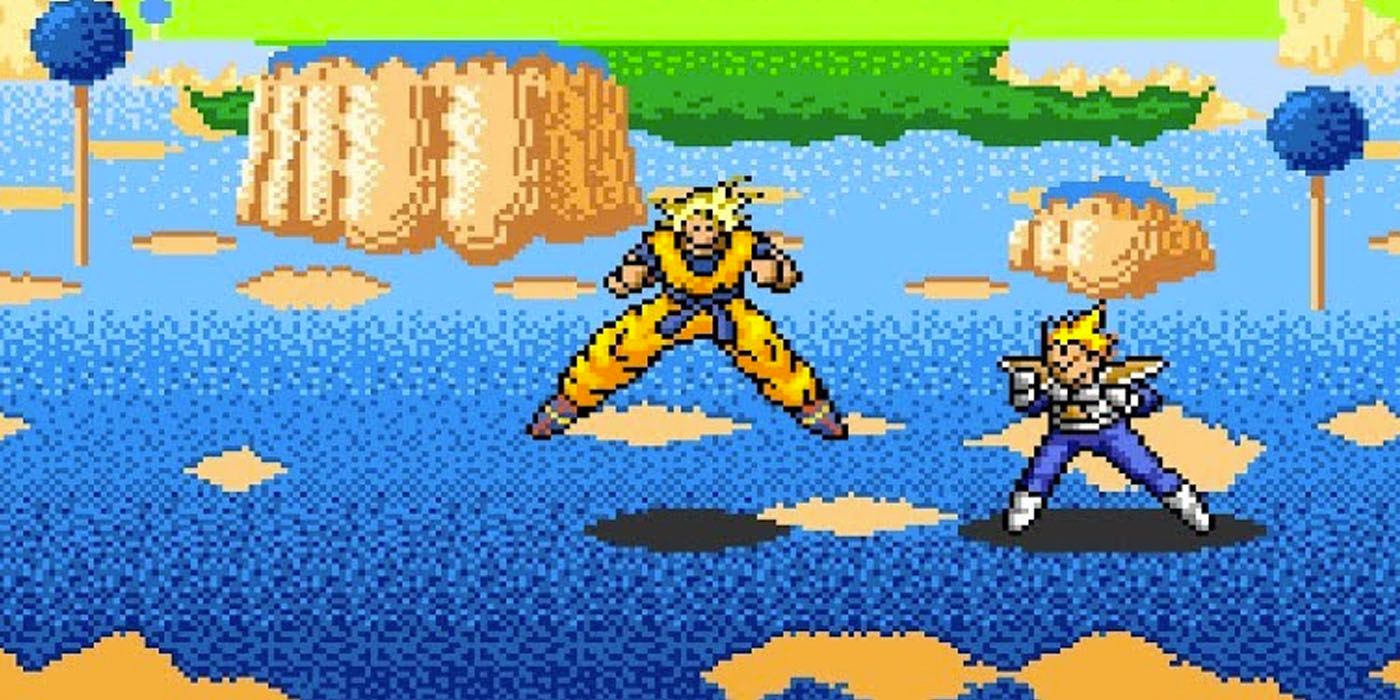 A soft remake of two Famicom JRPGs, Super Saiya Densetsu adapts the Saiyan and Namek arcs in full detail. The game begins with Raditz’s arrival and ends with Goku defeating Frieza. Of note, Super Saiya Densetsu allows players to make changes to the main narrative. Only Piccolo has to die fighting Nappa for instance, and Goku doesn’t need to turn Super Saiyan to defeat Frieza.

More than that, Piccolo can assimilate with multiple Namekians other than Nail to buff his strength, how well players do while Goku trains with Kaio determines what level he is against Vegeta, and party members other than Goku & Gohan can permanently die at just about any time. SSD a grindy game, but a fantastic experience. 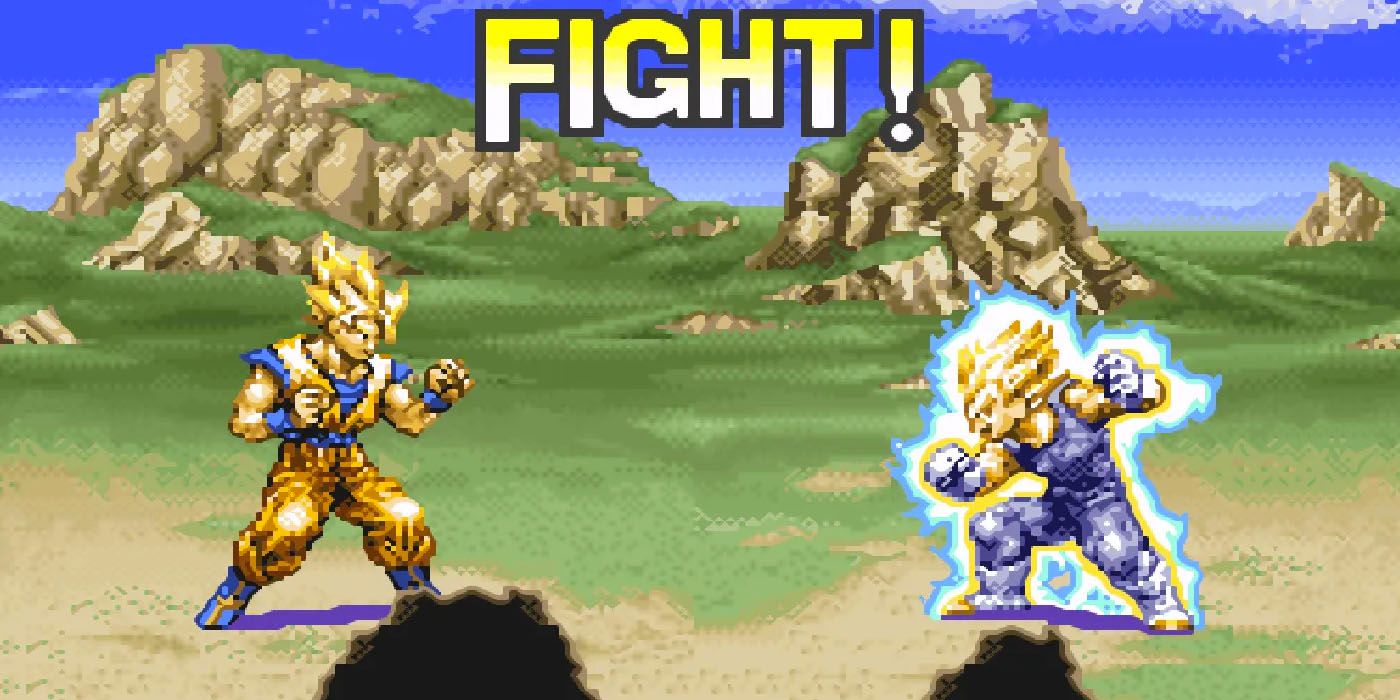 Super Butoden 2 is only considered Dragon Ball’s best fighting game on the Super Famicom and not without good reason. The game is set in a very specific point in the series’ history where Goku was not the main character & the Buu arc hadn’t really started yet, while also featuring much tighter gameplay than the first installment.

As good as Super Butouden 2 is, it’s no Hyper Dimension. With an aesthetic that feels more like the manga than the anime and gameplay mechanics that mix Ki with health– forcing players to be mindful of which supers they’re using– Hyper Dimension is a fantastic fighting game unlike anything else in the franchise. 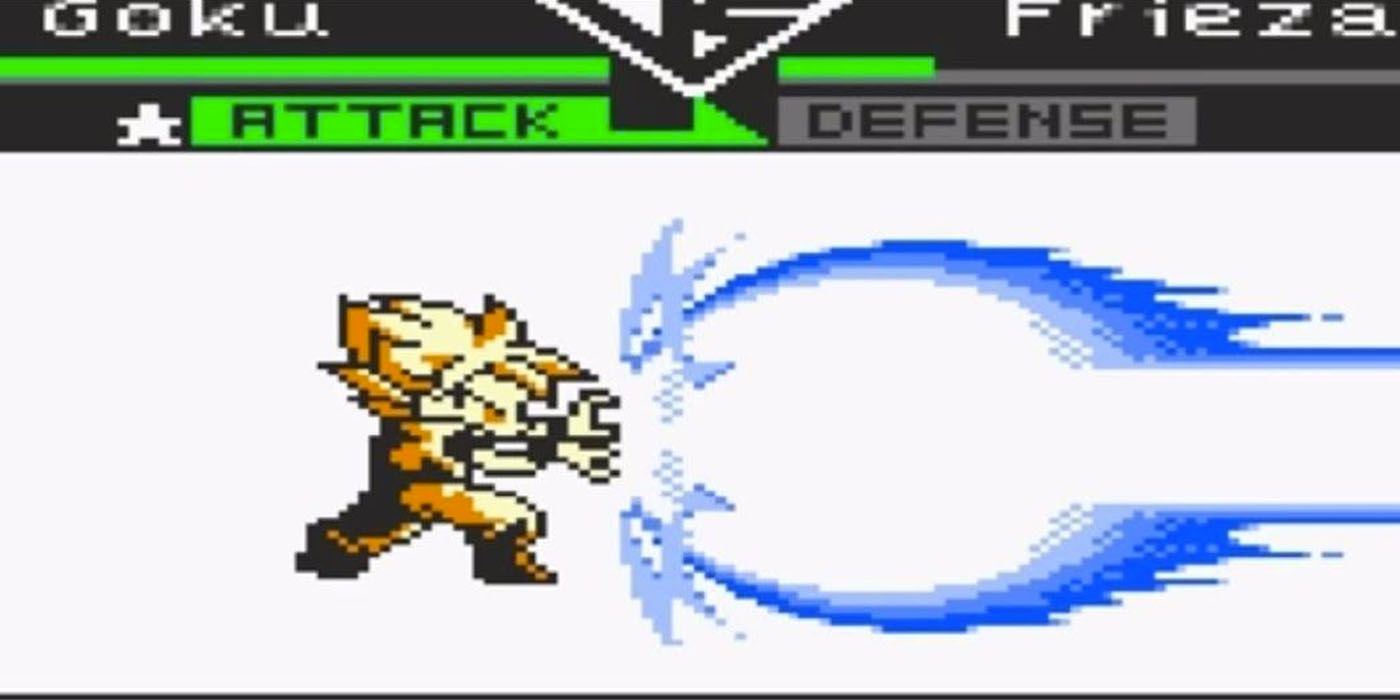 The first game in the series to adapt virtually all of Dragon Ball Z, Legendary Super Warriors is a card based RPG (emphasis on card) for the Game Boy Color. The story picks up shortly after Raditz’s defeat and primarily frames itself through Gohan’s perspective. The game is notable for its brutal difficulty curve early on, but it adapts the story well with some incredible gameplay.

Deckbuilding is surprisingly fun, the presentation is top notch, and the RPG elements are welcome overwhelming gameplay’s inherent strategic elements. There are also unlockable scenarios and a New Game Plus mode where players can play through the main story with just about any character. 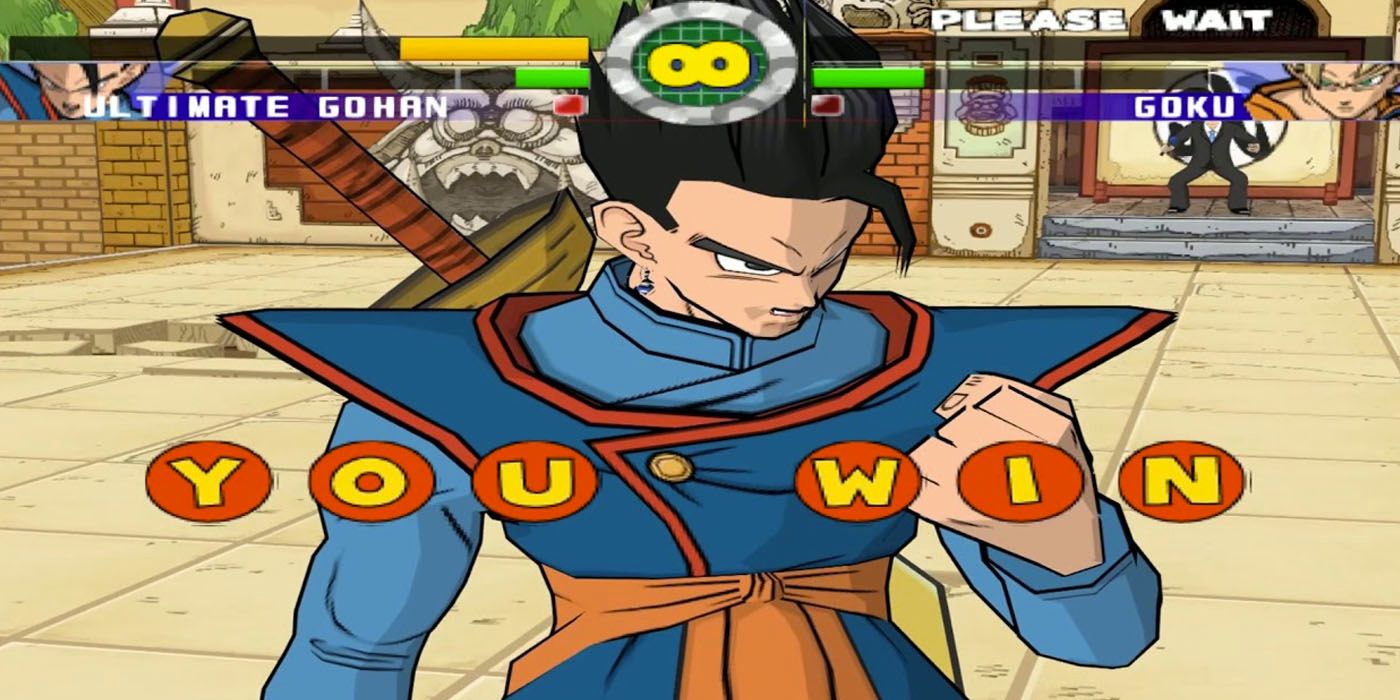 Dragon Ball fighting games are more often than not defined by their roster, so it’s no surprise Super Dragon Ball Z wasn’t anywhere near as popular as the Budokai or Budokai Tenkaichi games on the PlayStation 2. Featuring a very small roster, SDBZ is more akin to a proper fighting game– think Fighterz.

Gameplay is incredibly tight, the visuals are downright gorgeous, and the roster picks from a wide array of Dragon Ball history, forgoing the “obvious” picks for some rather creative choices. Fighterz is the closest game in the series to Super Dragon Ball Z, but even it doesn’t scratch quite the same itch. SDBZ is the franchise’s Street Fighter II. 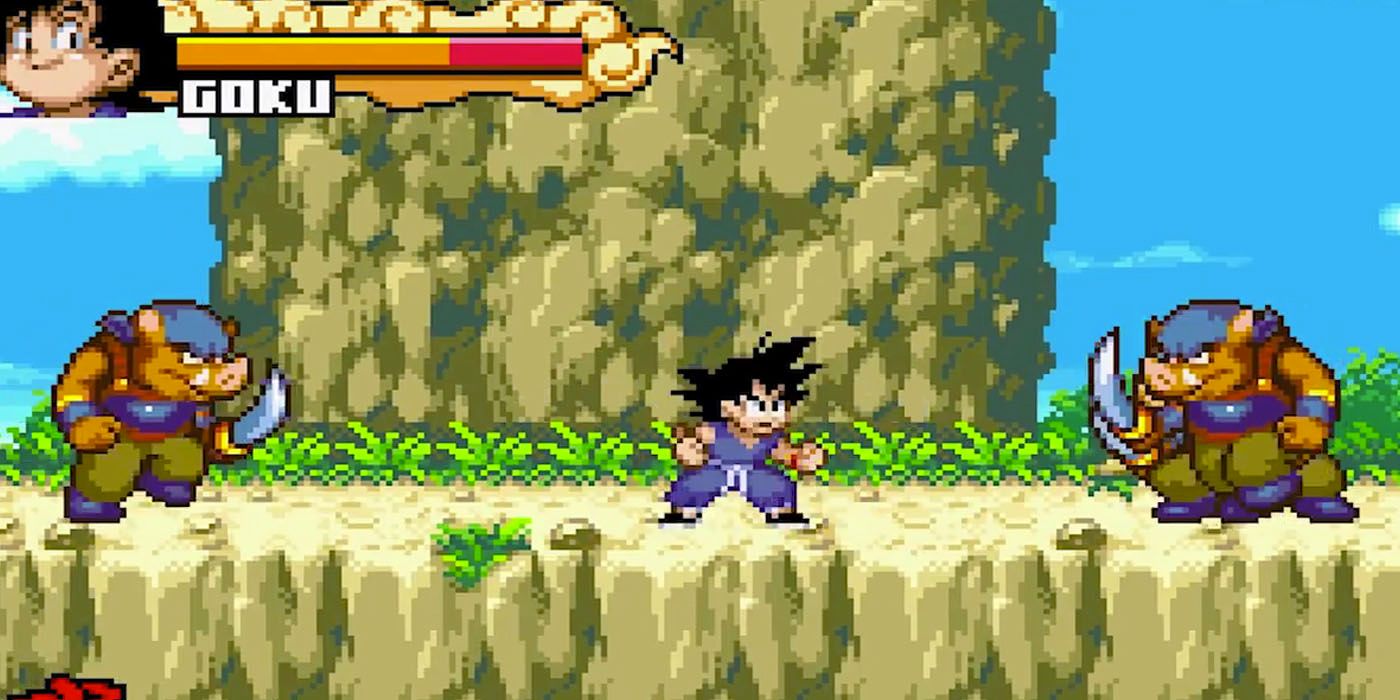 Dragon Ball: Advanced Adventure might very well be the best game in the series. An action-platformer for the Game Boy Advance, Advanced Adventure adapts everything from the start of the series to Goku killing Demon King Piccolo. The story isn’t given too much focus, but most major scenes are adapted and the gameplay ends up carrying the narrative forward quite a bit.Advanced Adventure juggles excellent level design with great side scrolling combat, a penchant for secrets, and a 1 on 1 fighting mode that has no right being as good as it is. Along with a fantastic soundtrack and some of the best sprite work on the GBA, Advanced Adventure is a love letter to early Dragon Ball.