In addition to the wonderful stories, Studio Ghibli films also excel at creating iconic characters that live on for years after their movies.

You Are Reading :Totoro & 9 Other Mascot Characters From Studio Ghibli Ranked 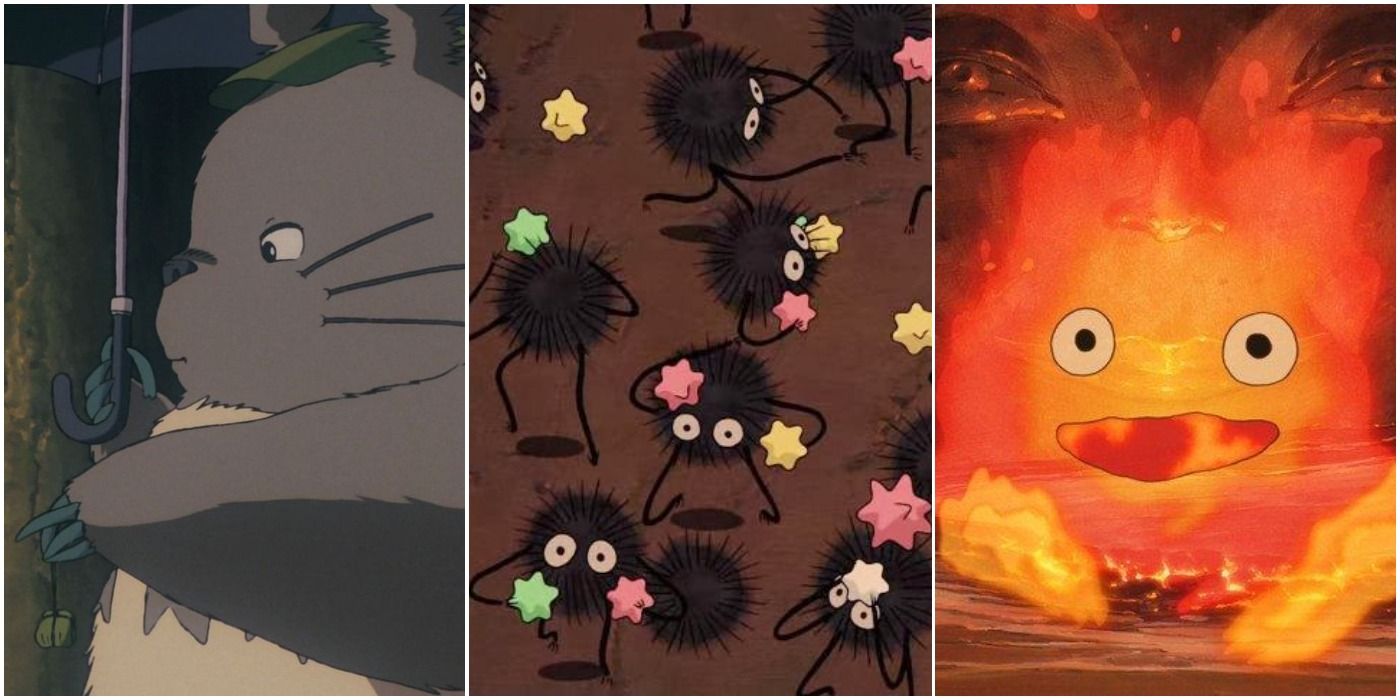 Studio Ghibli has produced countless masterpieces, with Hayao Miyazaki at the helm. The worlds he creates through his unique characters and idyllic settings leave a lasting impression that continues to inspire artists worldwide. Studio Ghibli films blend reality with fantasy and pull inspiration from Japanese folklore, adding spiritual elements to create prodigious works of art.

The memorable characters from Studio Ghibli, in particular, add a distinct element to the films that continually draw fans in. Beyond their masterfully illustrated appearances lies deep thematic components that create enduring memories. The studio’s impact on the animation world will no doubt continue to influence future generations. 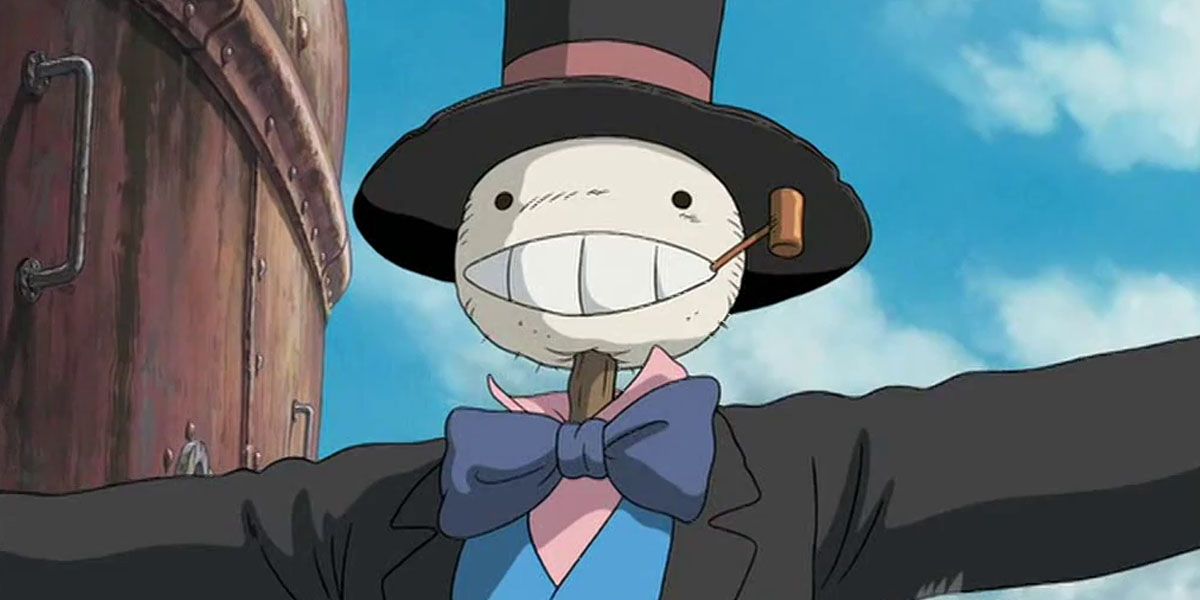 In Howl’s Moving Castle, protagonist Sophie Hatter is cursed by the Witch of the Waste, transforming her into a 90-year-old woman. Towards the beginning of Sophie’s journey to break the curse, she stumbles upon a walking stick protruding from a nearby bush.

After unearthing the stick, Sophie is surprised to find it’s attached to a scarecrow, whom she comments has a head like a turnip. After accompanying her on much of her journey and assisting her along the way, Sophie grows fond of Turnip-head. At the climax of the film, Sophie appreciatively kisses Turnip-head, breaking his curse and transforming him into Prince Justin, heir to the throne of Ingary. 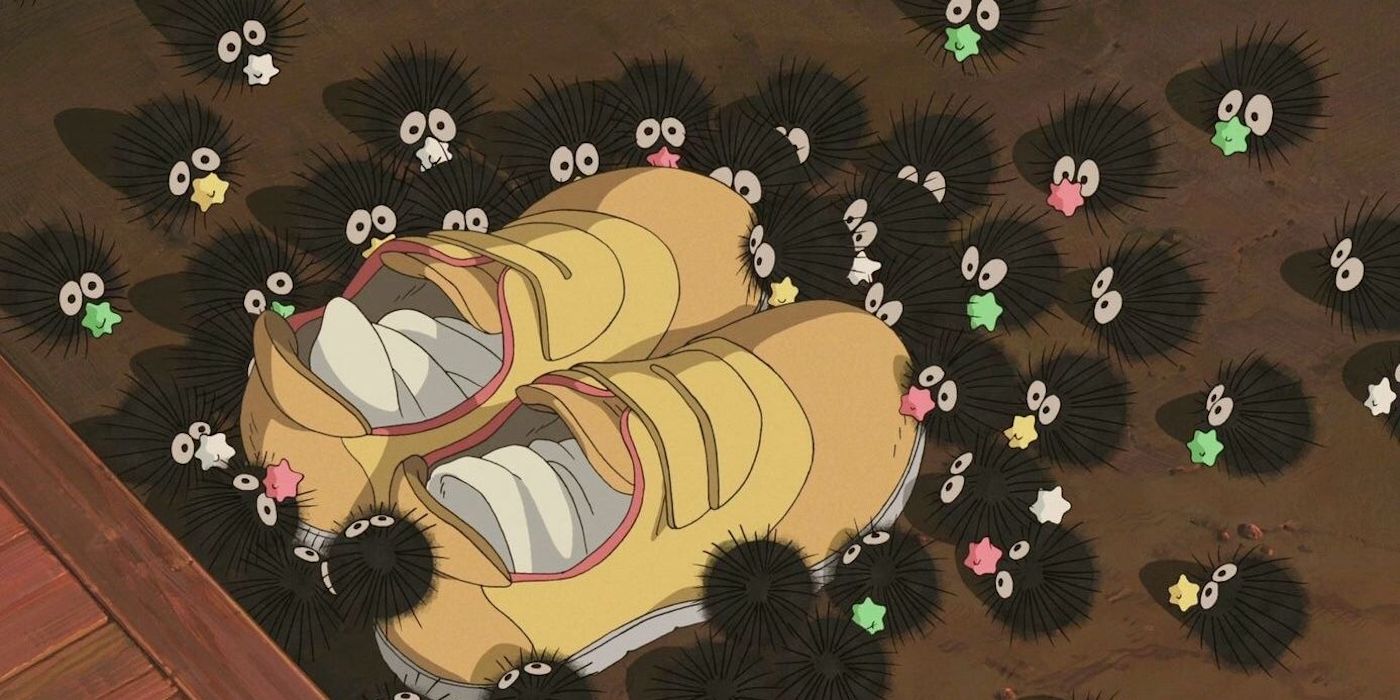 Appearing in both Totoro (aka My Neighbor Totoro) and Spirited Away, Soot Sprites are magical spirits, conjured from soot and dust. In Ghibli lore, the Soot Sprites are typically found in old abandoned buildings, leaving dust and dirt wherever they travel.

In Spirited Away, Kamajī employs Soot Sprites to continually stoke the fire in the boiler room, heating the baths in Aburaya. They are required to work in order to maintain the spell that gives them life and are rewarded for their hard work with equally adorable star-shaped candies, called Kompeitō. 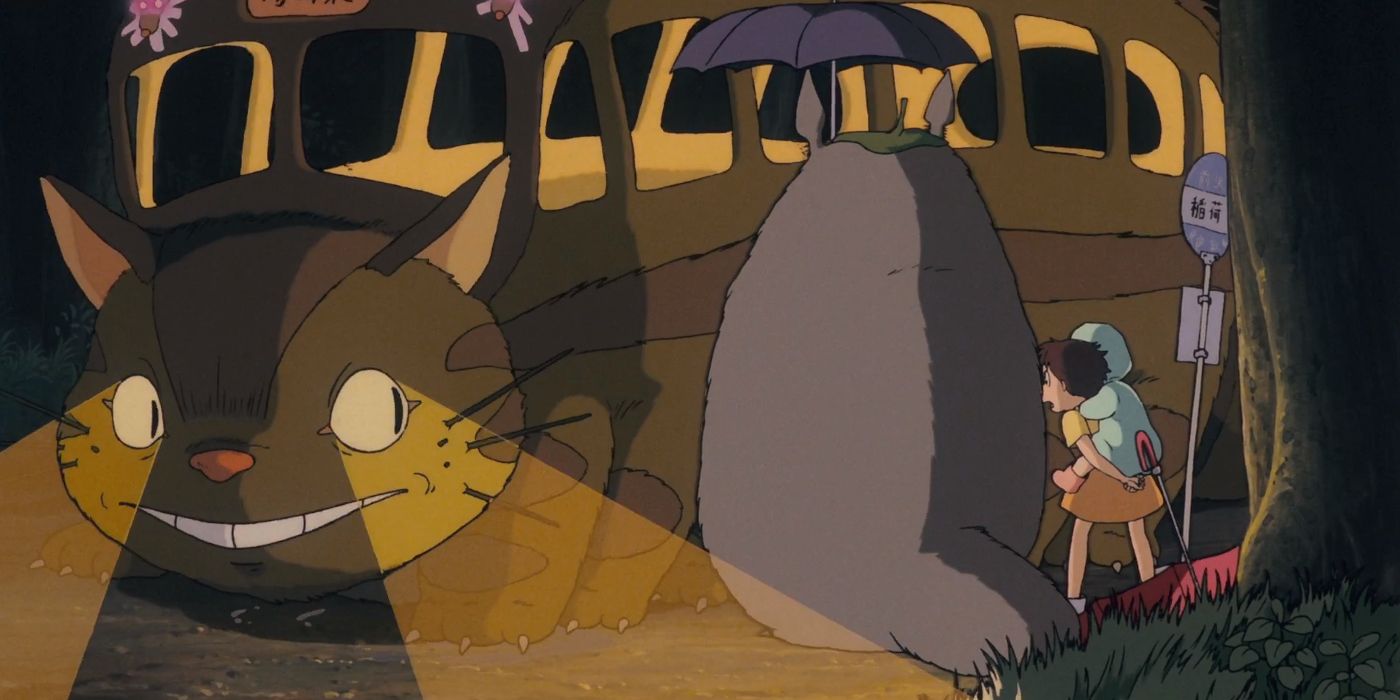 An undeniably memorable character in Totoro is Catbus, a giant, twelve-legged cat who transports passengers across the countryside unseen by adults. Catbus has two mice with glowing purple eyes for headlights and can travel to any spot requested by the passengers.

Satsuki and Mei first meet Catbus while waiting at a bus stop with Totoro for their father, Tatsuo Kusakabe. Towards the end of the film, Satsuki makes a desperate plea to Totoro to help find her lost sister, Mei. Totoro calls for Catbus, who excitedly takes Satsuki directly to Mei and ultimately transports the children to the hospital where their mother is a patient. 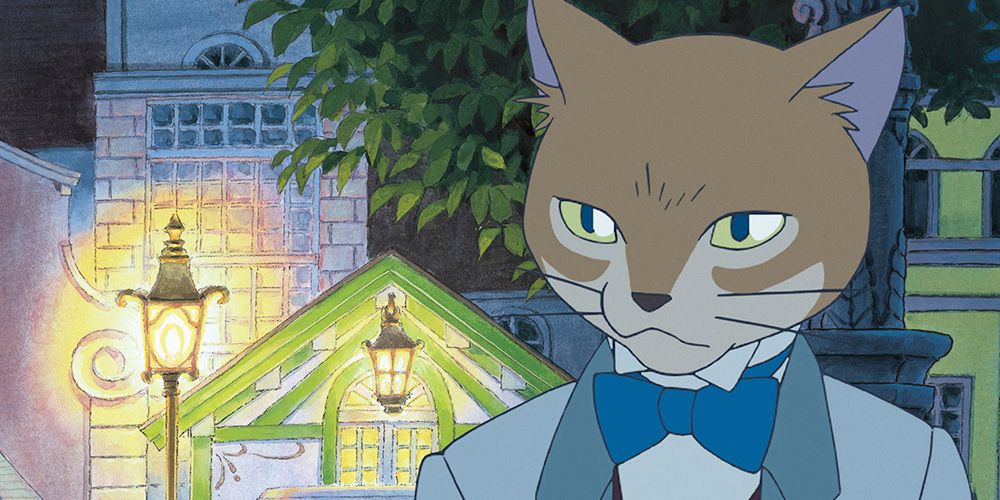 Another Ghibli character appearing in multiple films is the Baron, a well-dressed anthropomorphic cat who lives in an antique store and comes to life at night. In Whisper of the Heart, the Baron is a statue owned by Shiro Nishi said to have lost his female counterpart.

His character became popular amongst Ghibli fans and eventually made his way into a much larger role in The Cat Returns, where he works for the “Cat Bureau.” He soon meets Haru, the protagonist of the story, and decides to help her after being transported into the Cat Kingdom. 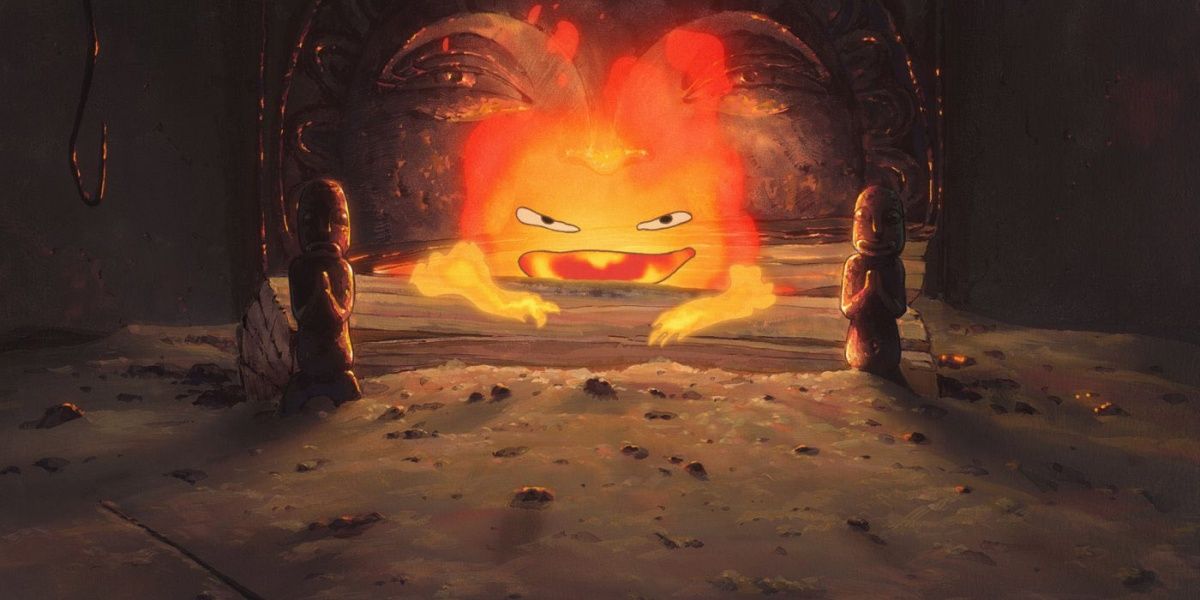 Howl’s Moving Castle is full of memorable characters. Calcifer, a self-proclaimed all-powerful fire demon, is responsible for powering and heating Howl’s magical castle, though he is bound to his hearth. Calcifer came to being as a falling star, caught by Howl to prevent being extinguished, thus entering a contract with the titular character.

Calcifer develops a sympathetic affinity for Sophie, eventually offering to help her break her curse if she, in turn, helps him break his. Sophie is able to see past Calcifers tough exterior, and their relationship evolves into a heartwarming bond. 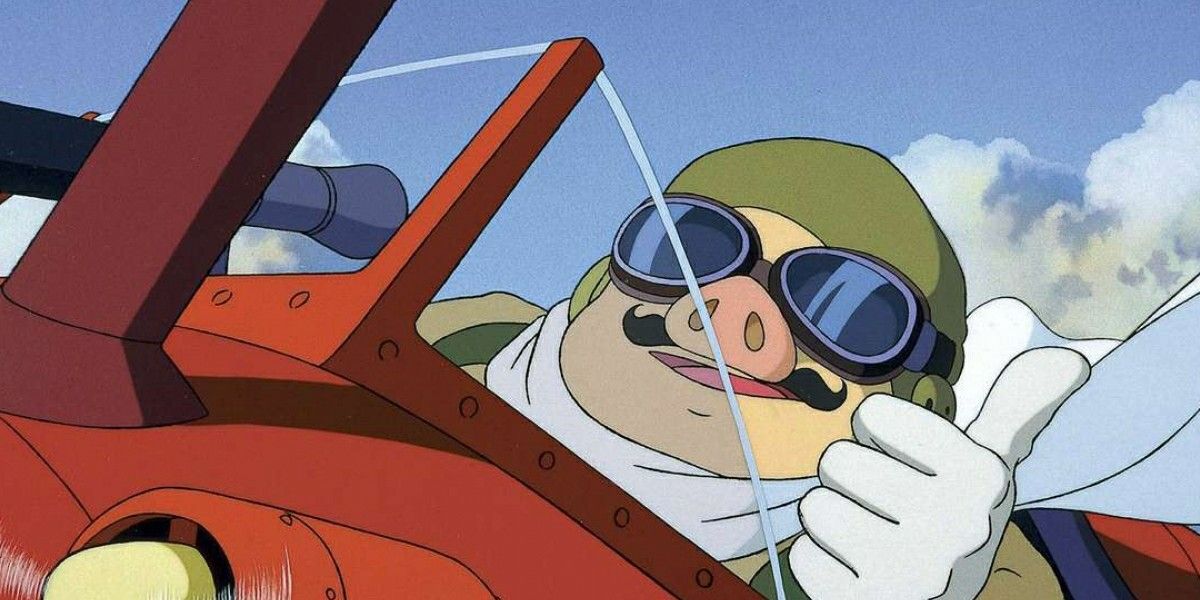 Porco Rosso features one of Studio Ghibli’s few non-human protagonists. Porco, a former Italian World War 1 pilot, was once a human but cursed to take the form of a pig. However, the beauty of his character is that he accepts his transformation rather than viewing it as a curse. The town greatly admires his skills as a pilot as well, looking beyond his appearance.

Audiences root for Porco throughout the film’s entirety, aligning with his individualistic view on life and morality. His character has a steadfast opposition to injustice, denouncing fascism in a post-war landscape. 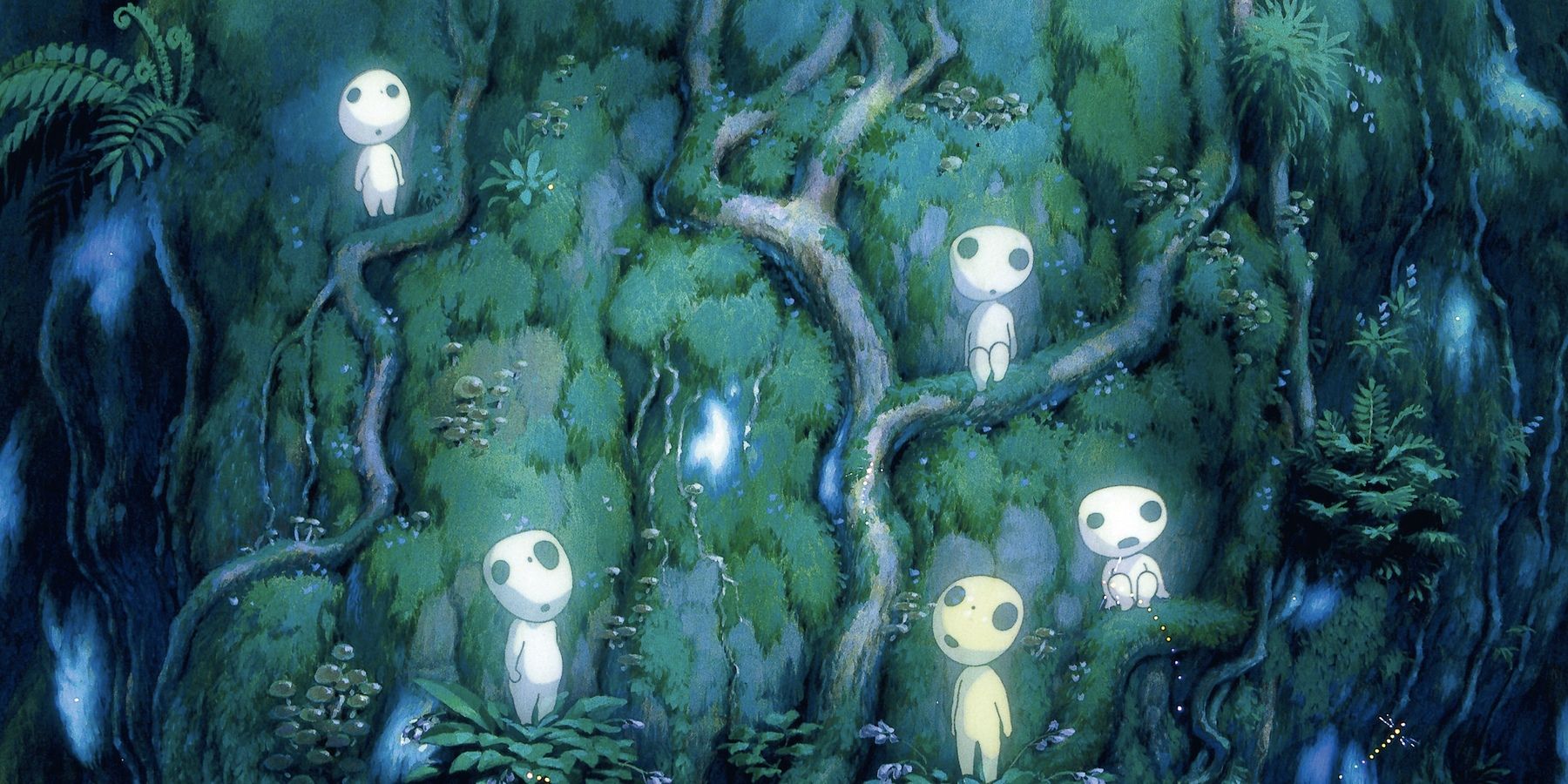 Princess Mononoke is rich with themes of spirituality in nature, heavily inspired by Japanese folklore. In the film, the spirits of the forest are referred to as Kodama and are prevalent throughout to signify the forest they inhabit is healthy.

With expressionless faces and a signature abrupt head tilt, the Kodama in Princess Mononoke are hauntingly ethereal, illustrating the film’s thematic elements. When Shishigami, the Deer God, is brutally slain, the Kodama begin to disappear, indicating the forest’s deteriorating health.

See also  5 Games for Fans of The Last of Us 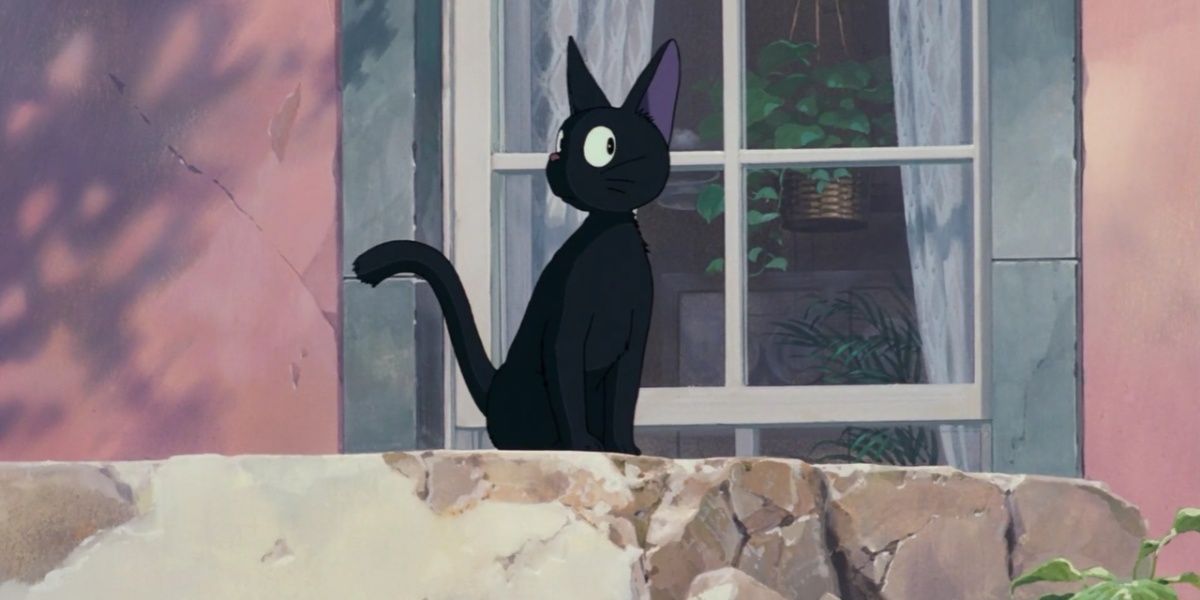 Kiki’s Delivery Service follows Kiki, a young witch-in-training, who leaves her home to travel to Koriko, a peaceful port village. Once there, Kiki seeks to set out on her own, a tradition for young witches. She brings along her trusted companion, Jiji, a talking black cat who advises Kiki and provides emotional support throughout her journey.

Jiji also acts as the voice of reason in the film, guiding Kiki when she faces uncertainty. A particularly memorable scene involves the cheeky Jiji befriending an elderly dog affectionately named Jeff. 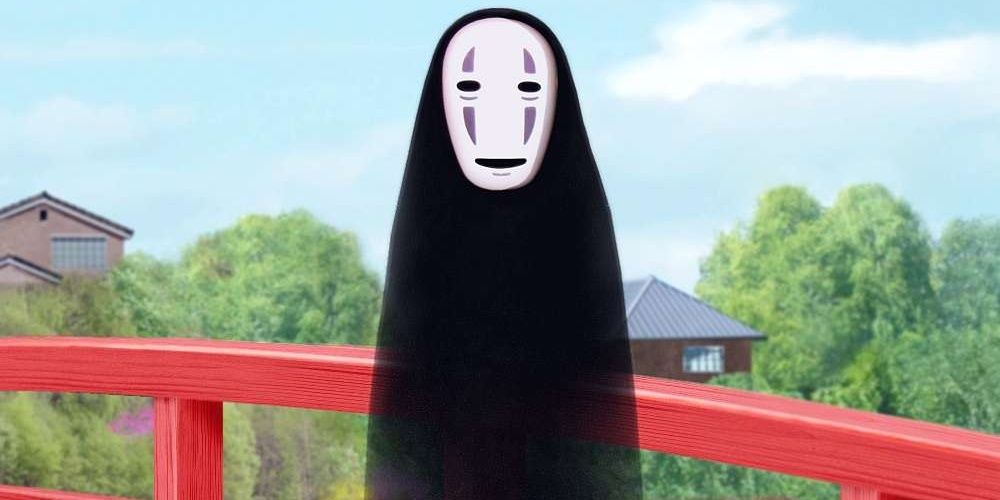 No-Face, a haunting and iconic character from Spirited Away, shadows Chihiro for much of the film, often seeking her approval for his actions. They first meet when Chirhiro crosses the bridge to the Bathhouse with Haku near the film’s beginning.

Chihiro, assuming No-Face is a patron of the Bathhouse, invites him in from the rain, bolstering his fascination with her character. He soon makes it his goal to please Chihiro, giving her a bath token and offering gold and food. Frustrated by rejection from Chihiro, he begins swallowing employees amassing enormous size. Chihiro offers the remainder of her enchanted dumpling, eventually returning No-Face to his original form. 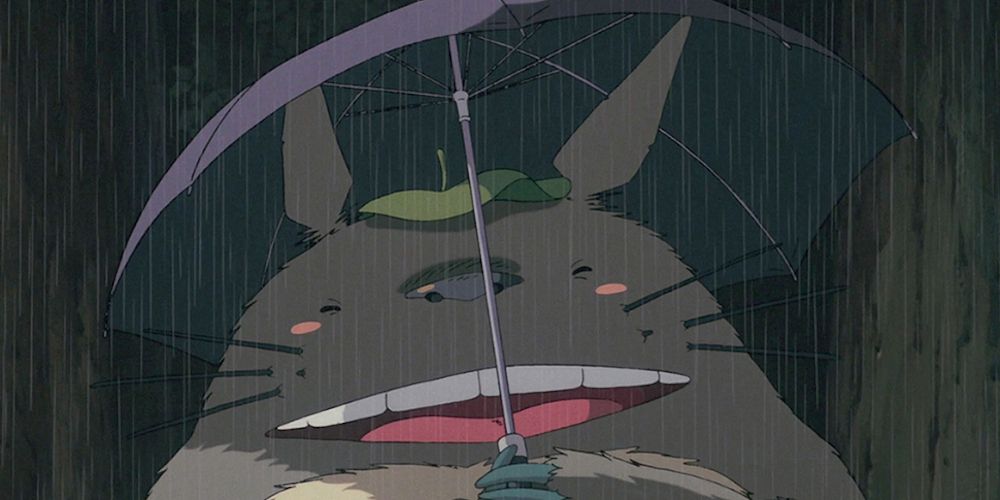 Fans of Studio Ghibli would be hard-pressed to find a more memorable character than the studio’s official mascot, Totoro. The timeless classic, Totoro/My Neighbor Totoro, alludes to the relationship between Shintoism and nature, represented in Totoro, the spirit of the forest.

More than just an animistic being, Totoro is, at his core, a protector. He safeguards the forest, evoking a spiritual bond with his surroundings. For Mei and Satsuki, the film’s protagonists, Totoro represents a god-like entity and a benevolent spirit to turn to in times of need.