The Walking Dead: 10 Times Rick Grimes Was The True Villain Of The Series

The apocalypse would bring out the worst in anyone, but if you are missing Rick, remember all the times that he was his worst self.

You Are Reading :The Walking Dead 10 Times Rick Grimes Was The True Villain Of The Series 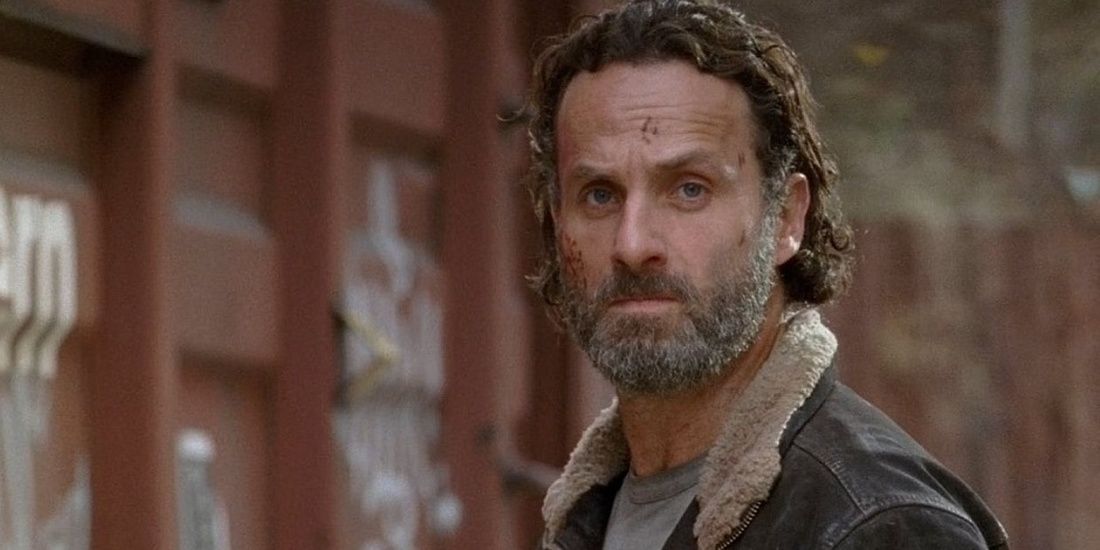 With the exit of Rick Grimes from The Walking Dead last year, the show has felt like it has lacked a certain sense of direction. Rick was the protagonist, the central character we followed wherever The Walking Dead was headed, so it was natural to feel as if we were being robbed of the most important piece of the board.

In case you’re still missing Rick, how about we present to you 10 times where Rick actually was the bad guy on the show? That’s right, Rick has made many questionable moves that can directly make him the ultimate villain of the series. These actions comprise of the fallout from his decisions, the times where he was outright malevolent, and the instances he would be seen as the villain from the characters in-universe.

At the end of Season 2, Rick would declare himself as the leader of the group and claim that it wasn’t going to be a democracy anymore if they wanted to stick with him. Earlier on, he had been responsible for rallying everyone around after the fiasco at the farm that had resulted in its complete destruction.

However, it had been Rick’s own doing in bringing the walkers to the farm, as Shane had let out a gunshot when attempting to kill Rick. “Ricktatorship” began as the lead character spat venom at the rest of the group for causing him to become a killer, blaming them for the mess and not himself; and from there on, nobody had a say in any more decisions.

See also  Bird Box Could Have Been Netflixs Walking Dead 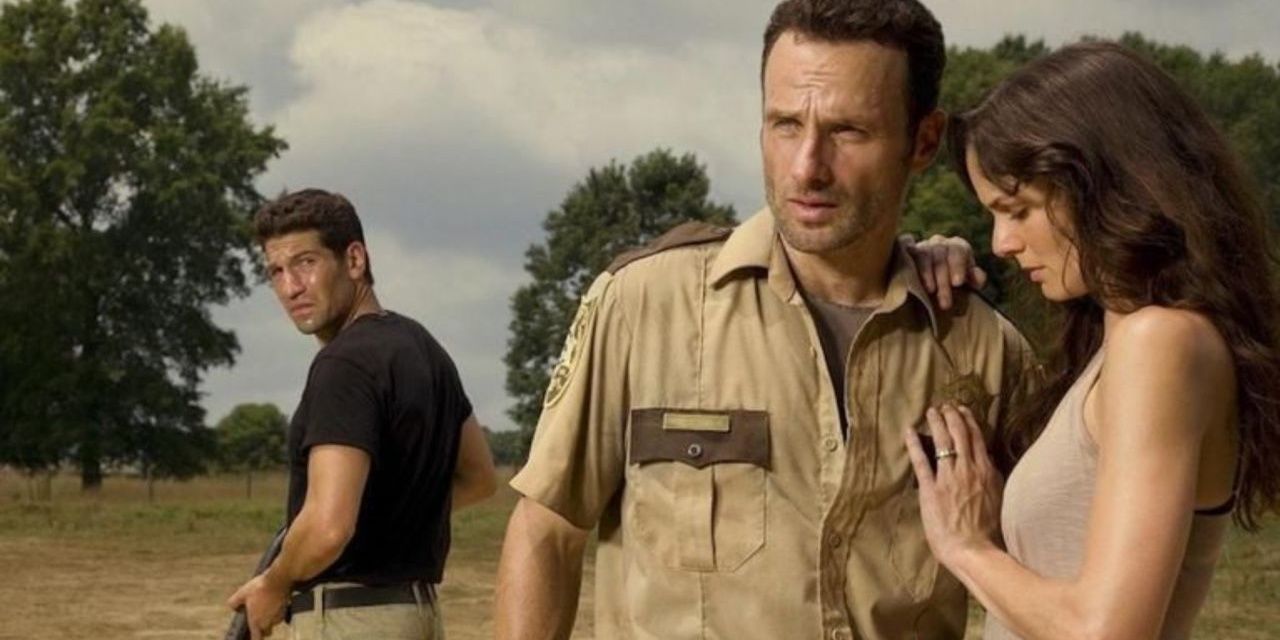 Shane was in Season 7 when the rest of the characters were in Season 2. Mentally, he’d adapted far too quickly to the new world, and his actions were perceived as horrifying. Later on, we saw Rick morph into what Shane had become, but being the main character, we saw it as him evolving into the world rather than be an antagonist.

However, had Season 2 Rick not denied Shane repeatedly whenever the latter had the right idea, Shane wouldn’t have become the monster he did. This was most evident when Shane was right in killing the zombies in the barn, otherwise the group would’ve wasted all their time looking for Dead Sophia. As it turned out, Rick was also to blame for Shane becoming a bad guy. 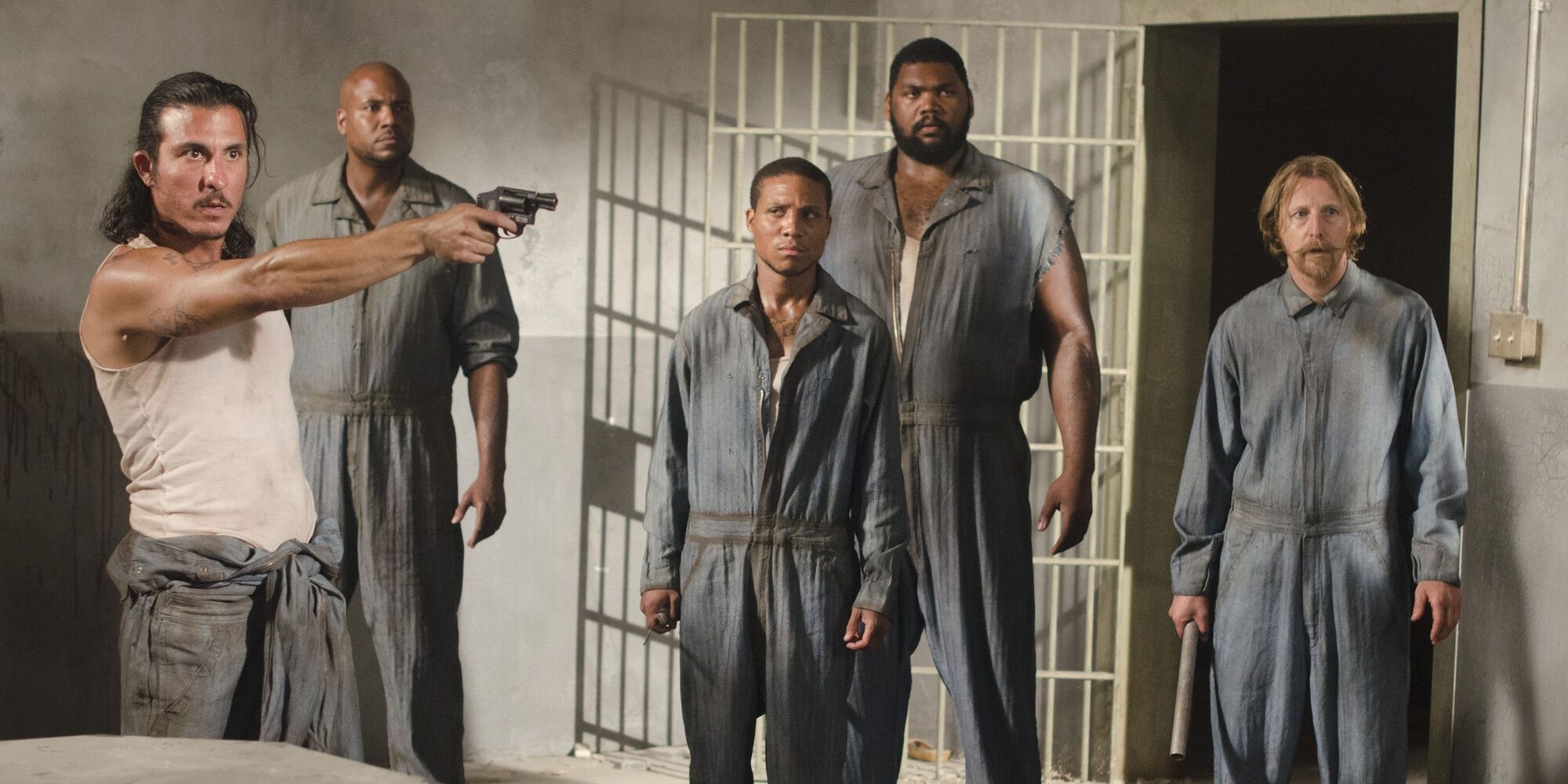 The prisoners released by Rick & co. turned out to be bad guys for the most part, but it was Rick’s own sadism that led to his wife and friend’s death. Andrew, the second villainous prisoner, could’ve been put down by Rick, but the latter chose to let the walkers devour him rather than kill him personally.

The way Rick locked Andrew out the prison, it was clear he enjoyed the idea of letting this man die a painful death. Later on, however, Andrew would orchestrate a walker invasion in the prison, that resulted in Lori and T-Dog dying. Rick deliberately letting Andrew go for his own pleasure caused two people to lose their lives in painful ways.

7 Leaving An Innocent To Die – Season 3 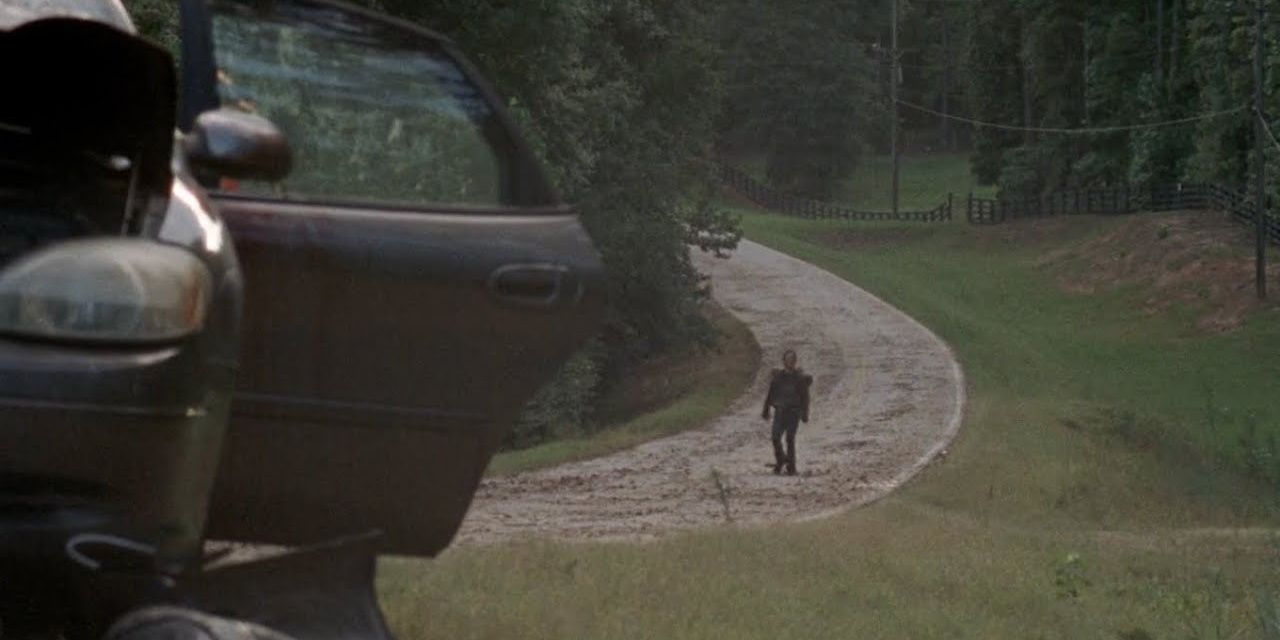 By this point, Rick had totally turned into an indifferent person toward the plight of others, and we saw it in full flow when he drove past a poor hitchhiker who begged for him to stop. Rick knew this man would never survive on his own in the middle of nowhere, but he didn’t even give the guy a second glance.

When Rick and company came back from their trip, they saw the bloody remains of the hitchhiker, who had been devoured by walkers. Rick might not have directly killed this man, but his blood was surely on Rick’s hands. 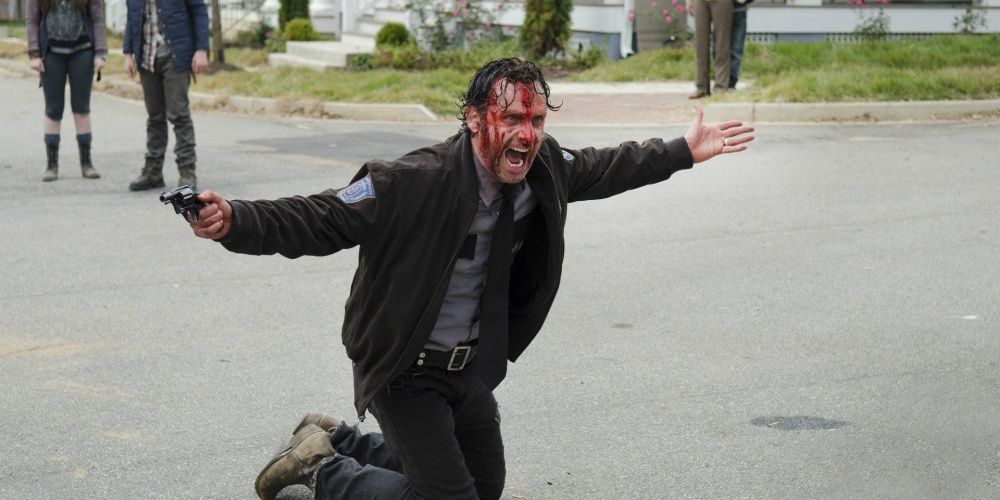 Rick himself admitted in the Season 5 finale that he’d considered killing off several people in Alexandria in order to protect them. This solidified just how far gone he’d gotten in his way of thinking, as he saw murder as an excuse for progress.

Although he complied with Deanna’s leadership at first, Rick became the de facto leader of Alexandria, as he constantly undermined Deanna’s authority and engaged in public displays of imposing power. It was a coincidence the walker threat of Season 6 just happened to take place around the same time, or else Rick was on his way into culling the population of Alexandria according to the people he saw worthy of living.

And kill Rick did as he’d stated his intention to, with him taking the life of Peter Anderson in cold blood without a single thought. All it took was the approval of Deanna, and Rick shot Anderson point blank with no regrets.

Rick saw Anderson as a threat to both his position and to Alexandria at large, but it would be a lie if you claimed it didn’t have anything to do with the fact that Rick had the hots for Anderson’s wife. Killing Pete caused both his sons to lose their mental wherewithal, resulting in the younger son being devoured by walkers, and the older son losing his life in an attempt to gain revenge on Rick.

Rick was so deep into his own hubris that he became a contract killer for the Hilltop Colony, all because he wanted to get food from them. Rick didn’t know anything about the Saviors, and yet took the word of the corrupt Gregory that the Saviors were targeting them. Although the Saviors really were bad guys, Rick didn’t do any double-checking on this.

He then led a slaughter of a Savior outpost, where the gang brutally murdered them in a manner that made one feel as if Rick enjoyed killing. Rick would turn out to be wrong about the Saviors’ might, which would lead into a prolonged war; whose casualties were solely Rick’s own fault. 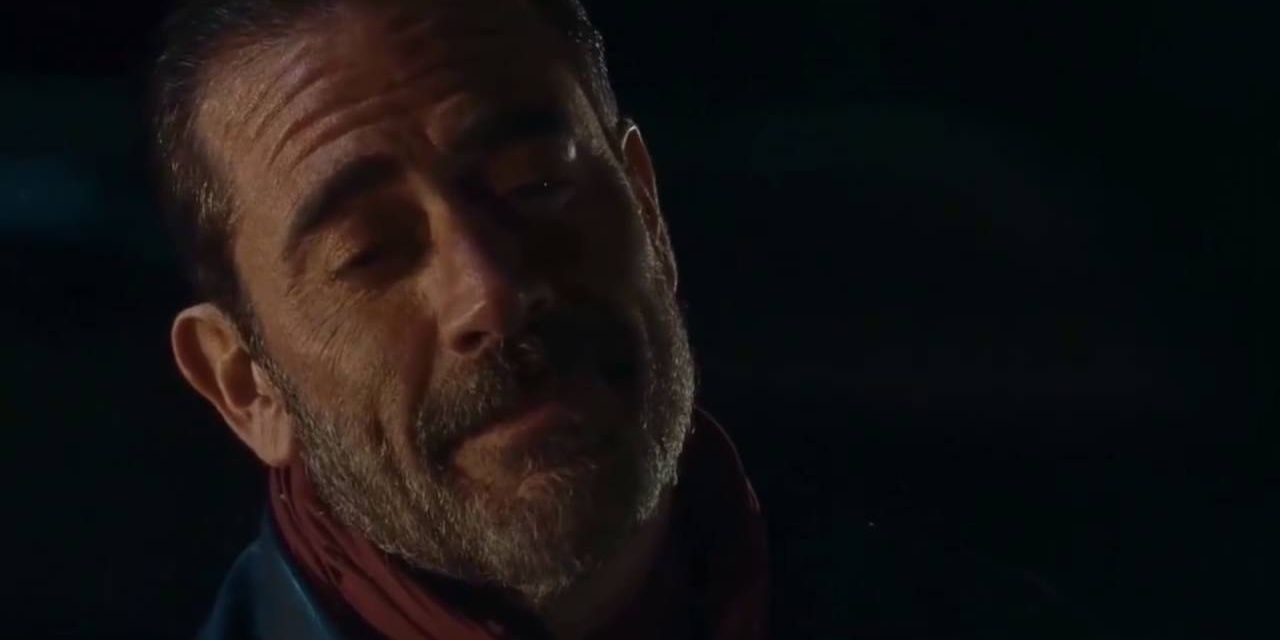 Maggie’s pregnancy was bizarre in that she suffered some kind of extreme pain that resulted in the group taking her to Hilltop – which turned out to be an ill-fated journey – only to never have the same type of pain again. Regardless, it was Rick’s decision to take her to the Hilltop, something that ended up in their capture by Negan.

When they were rounded up, Rick made another dumb move by threatening Negan, who then proceeded to play his sick game of choosing which person to kill. Once more, Rick’s hubris in considering himself the biggest dog in the field was what led to more than just one death, and led to Hershel Rhee growing up without a father. No wonder Maggie held him in contempt. 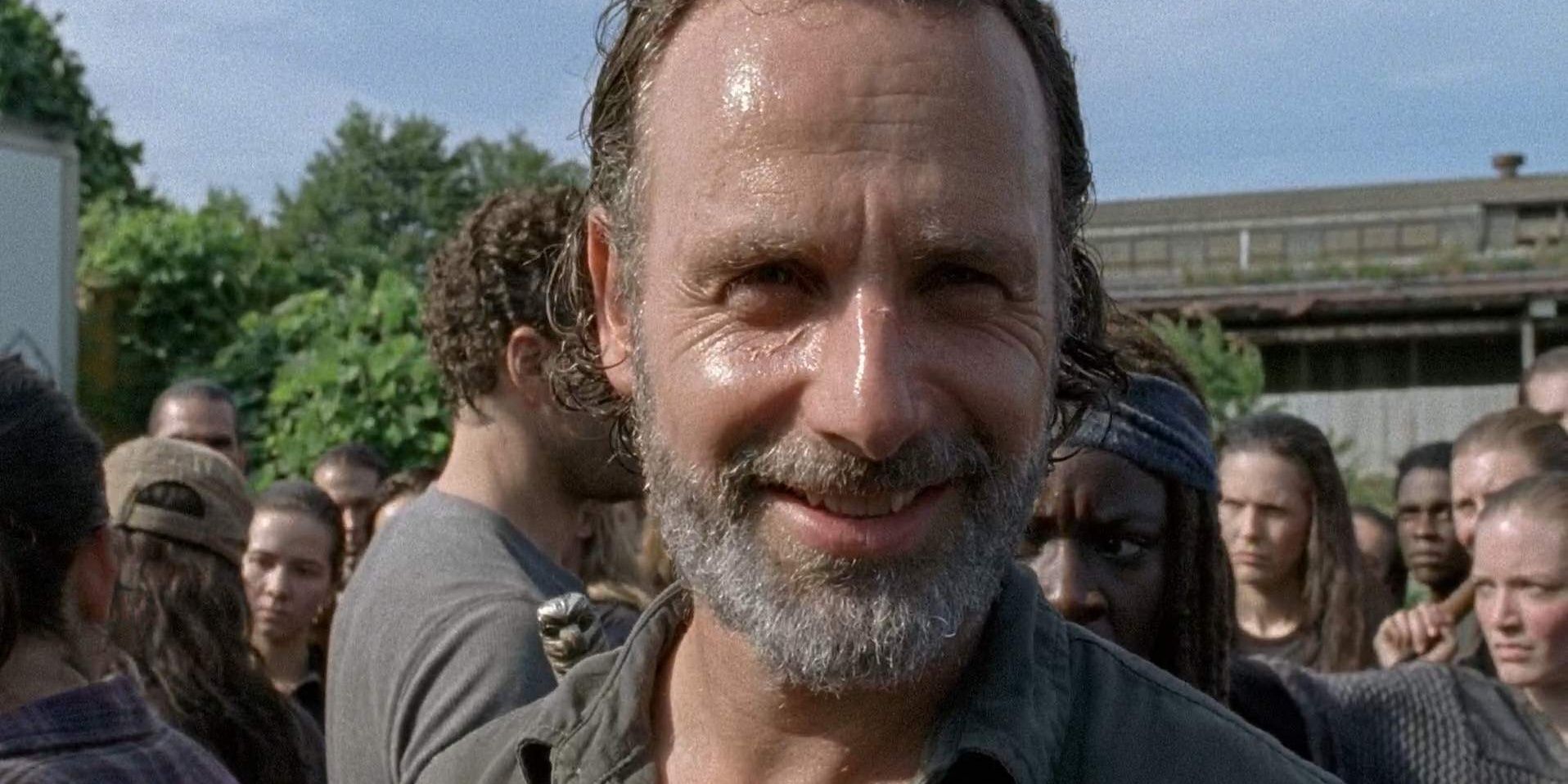 Here we are talking about Evil Rick, only to stumble upon Stupid Rick instead. Either way, Rick’s decision to trust the garbage people cost him and the others dearly. As soon as he laid eyes on these guys, Rick thought he had another army to control, but boy was he wrong.

It turned out these people were so spineless that they ratted the Alexandrians out to Negan instead. What’s more, Rick still went on ahead to try and convince the Scavengers to join him, and was predictably again held captive. By this point, it was Rick’s insistence upon failed methods that were spelling doom for the good guys; it was as if Rick wanted Negan to win or something. 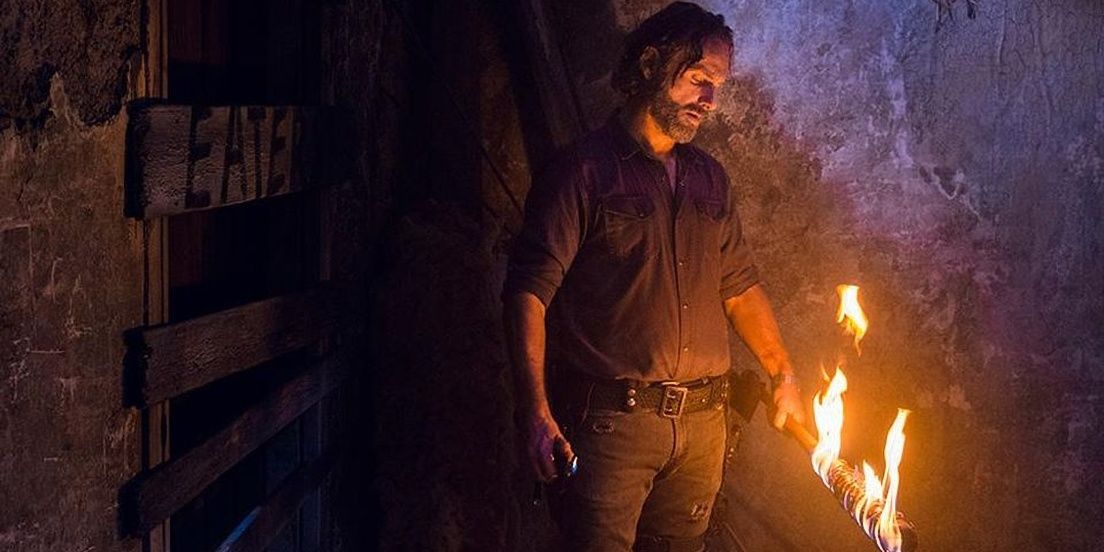 Easily the most vile thing Rick ever did was break his word to the Saviors who let him live, and then brutally slay them. In this scene, Rick and Morgan duped the Saviors holding them into thinking they had a plan to end the war and guarantee the freedom of this faction, with Rick insisting his word was his law.

Cut to when Rick and Morgan were freed, and Rick turned on the people who trusted his word, claiming coldly that he lied in order to walk away. This was something that should be considered a crime against humanity. After all, who are we as humans if we don’t keep our word? What Rick did there was unforgivable and inhumane.