From Tetsu Trudge’s Pursuit Deck to Team Unicorn’s Beast Deck, here are our picks for the greatest decks to appear on Yu-Gi-Oh! 5D’s.

You Are Reading :The Top 10 Best Decks From YuGiOh! 5Ds 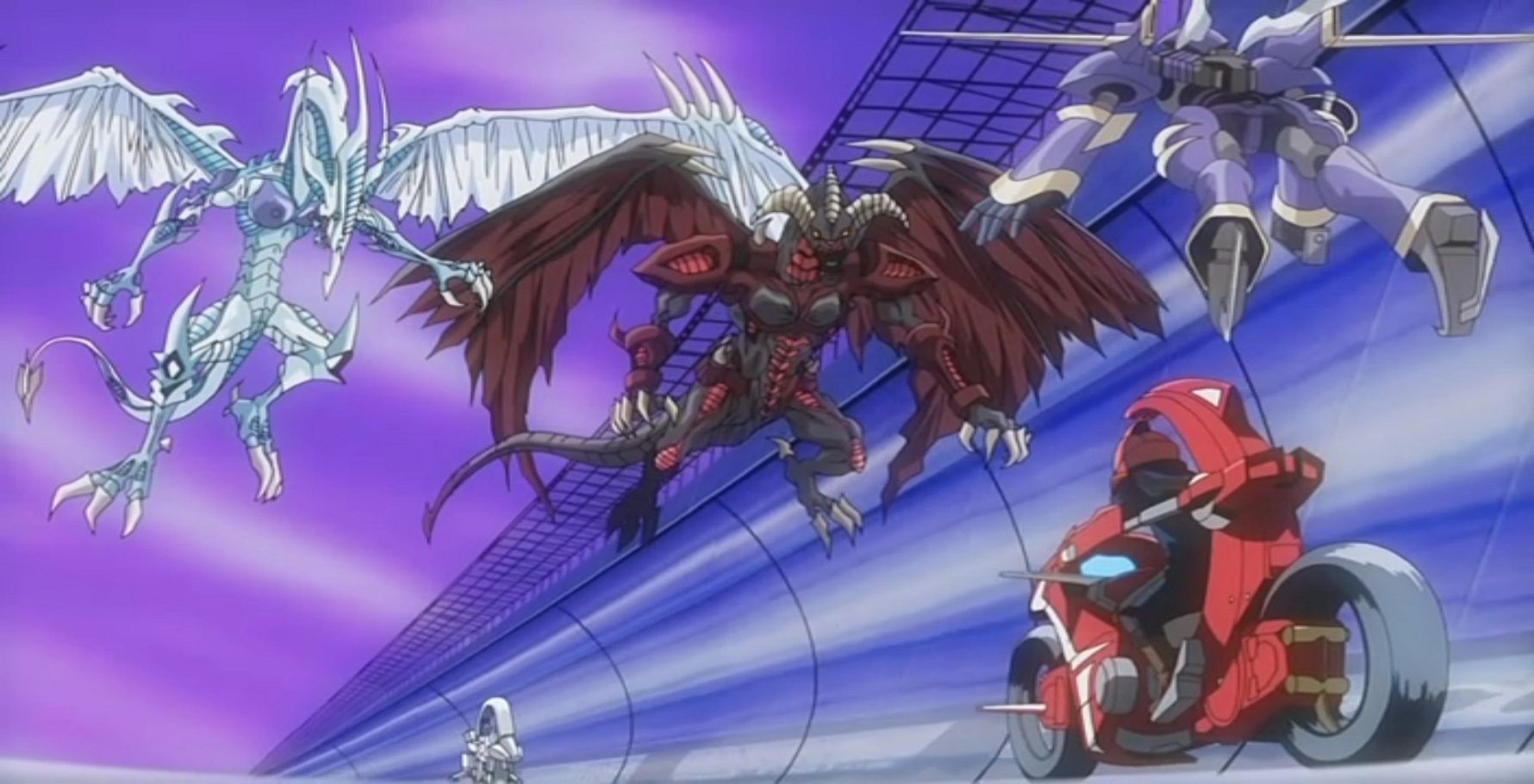 Nearly a decade into Yu-Gi-Oh!’s existence, Konami needed to give the card game a bit of a shot in the arm. They spent all of the original series fumbling about trying to figure out the game, then, with Yu-Gi-Oh! GX, they gave us a bigger focus on the already existing Fusion Monsters. But with the new series, they decided to start introducing new Summoning types.

The series 5D’s would bring about Synchros, forever changing the game via Special Summoning. For this new Summon type to be possible, they would have to introduce a ton of new decks, many of which would be just as game-breaking in the real world as they were in the shows themselves. For this list, we’re looking some of the best decks, both in real life and the anime. So, get ready, because it’s time to talk about some card games on motorcycles! 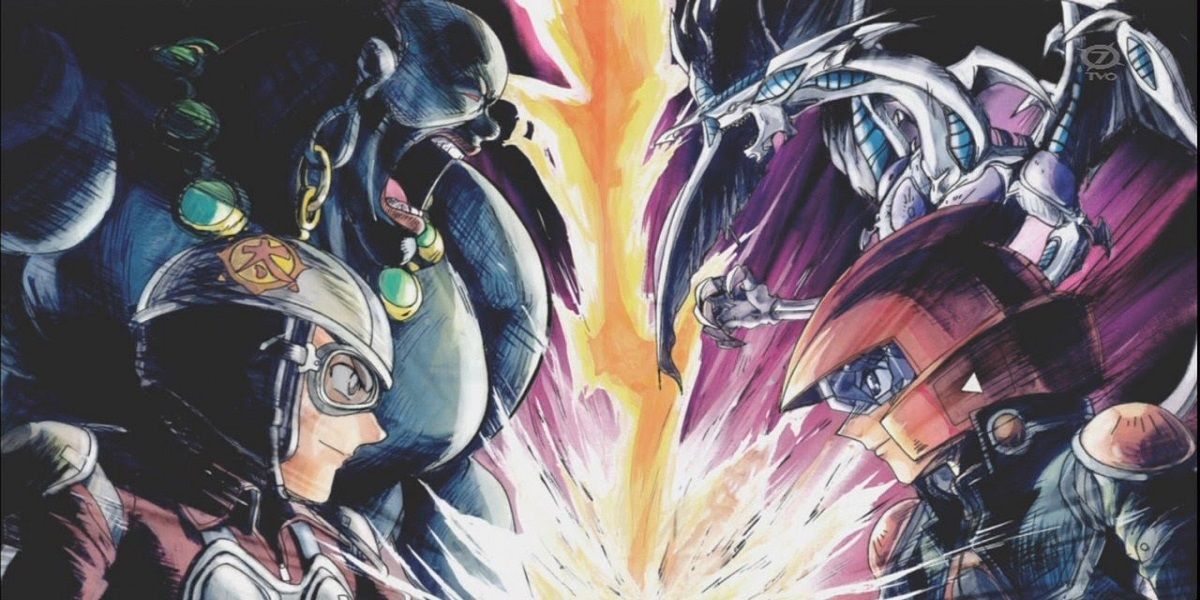 Team Sun doesn’t have an especially strong deck, and that’s part of their appeal. They never had access to any “good” Monsters, and basically collected cards from the trash until they could build a deck. However, they do take advantage of the rules of the Grand Prix to try and Summon Zushin the Sleeping Giant, which requires a level one Monster to stay on the field for ten turns, but that doesn’t make them weak.

On the contrary, it means they’ve thought through the advantages of the tournament setting and are properly taking advantage of them. Plus this is one of the few times a stall/burn deck has gotten any attention in the series. 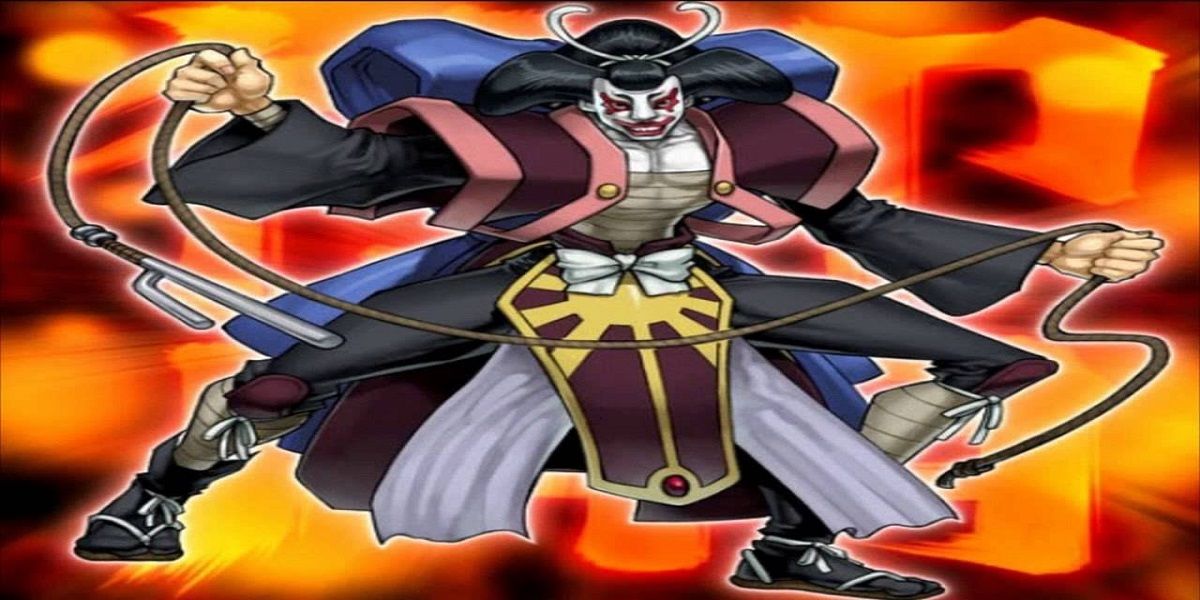 Admittedly, Trudge’s spot on here comes more from what he gave players access to in real life rather than anything he did on the show. While he was fairly useless there, Goyo Guardian is pretty terrifying. Who thought giving him a level six Synchro Monster that has 2800 ATK and can steal monsters from the opponent was fair?

Technically, with this boss monster, he could have beaten Yusei even if he had Stardust at the time. Well, at least he could have if we ignored Yusei’s several-feet-thick plot armor. 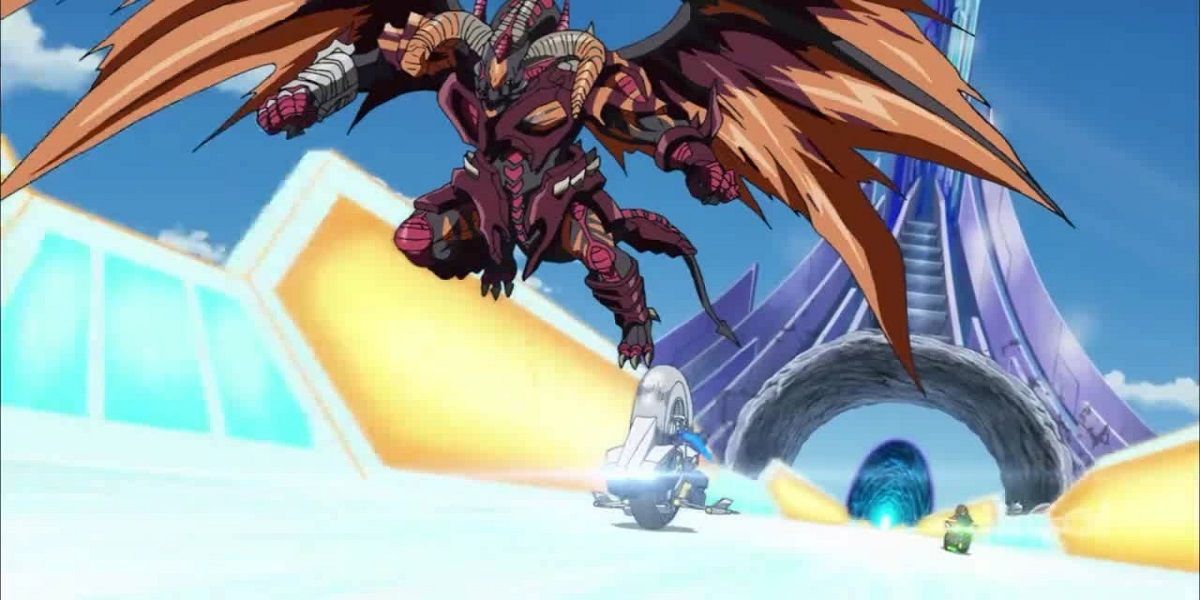 Jack Atlas lands low on the list because, frankly, his deck is a bit of a hodge-podge. His goal is trying to put Red Dragon Archfiend on the field as quickly as possible, and outside of the Resonators he runs, everything he does involves that. Still, his deck is far from useless.

His extra deck cards alone are terrifying—Red Nova Dragon’s a giant beatstick that can’t be destroyed by anything but battle, and Crimson Blader outright stops opponents from Summoning Monsters. With boss cards like that, the main deck doesn’t really have to be all that scary—though the Resonator Tuner Monsters were all good. 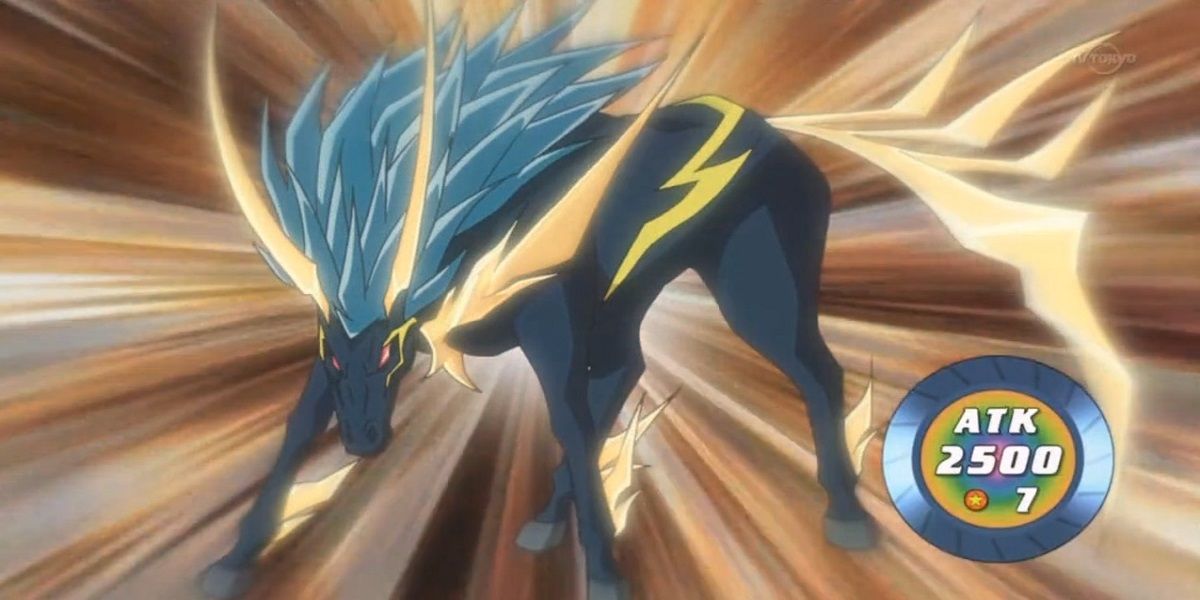 You’ve got to respect Team Unicorn and their strategy. They legitimately put Team 5D’s on the ropes, and the only reason they won was because of plot armor and Yusei being the most overpowered protagonist in all of 5D’s. By the time Yusei gets to Jean, he’s had to take out all of Team Unicorn. But thanks to the effect of Voltic Bicorn, Yusei loses his entire deck, and nearly loses the duel.

The only thing that keeps him in the game is Jean’s sense of pride as a Duelist. Out of curiosity, he attacks Yusei, resulting in a trap that loses him the game. It’s a silly move that relies on plot armor ahead of everything else, but it works. 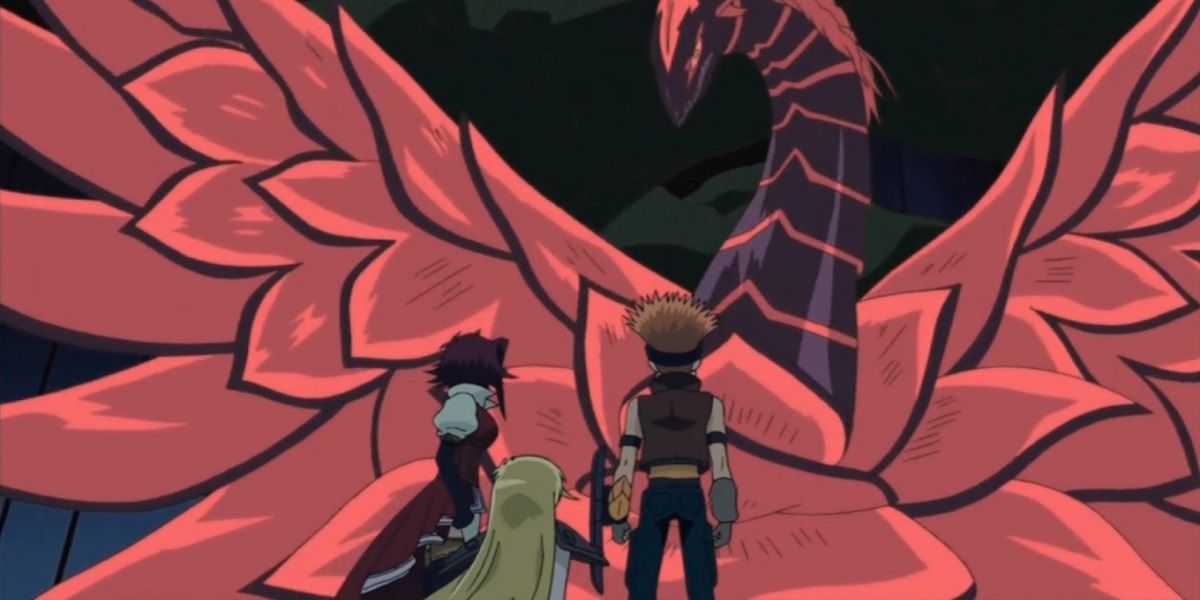 If someone had bothered to give Akiza Lonefire Blossom and Dandylion, she could’ve won most of the major duels in the series by herself. Still, her Plant deck was full of synergistic cards which helped her put her boss Monster, Black Rose Dragon, onto the field. She was even able to Summon both Black Rose and Stardust in a single turn during the WRGP, because her Plant deck generates what feels like endless advantage.

If nothing else, Akiza deserves respect for Black Rose Dragon still being a part of the competitive Yu-Gi-Oh! meta—there’s no Synchro deck that doesn’t run it as a board clear. 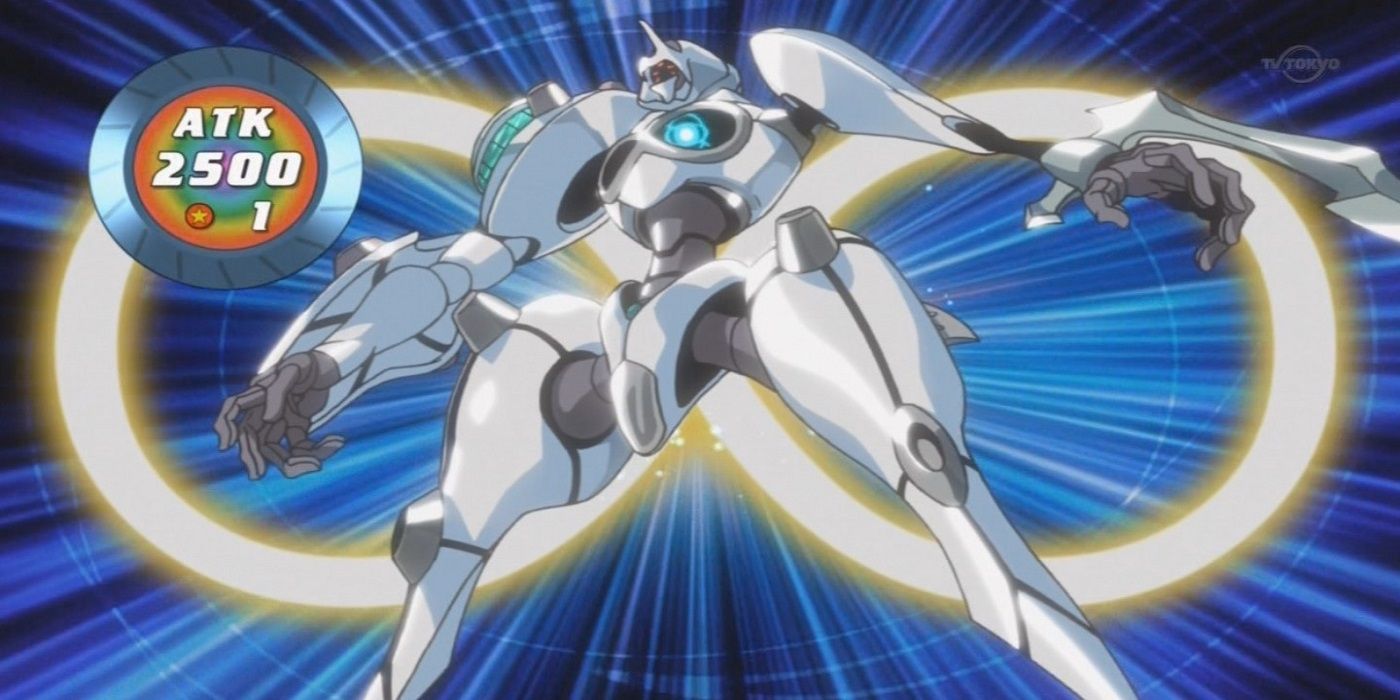 Though the explanations were flimsy, at the end of the series 5D’s focused on a villain who claimed Synchro Monsters would eventually lead to the destruction of society. Maybe this was a commentary on what it had done to the metagame in real life by that point in the series.

Whatever the reason, the final bosses in Team New World and their combined form Aporia relied on the power of the Meklords, powerful Monsters which were meant to work against Synchro decks. It got them to the finals of the WRGP, and even in real life, the Meklord Emperors are capable of running over most Synchro Monsters in the game. 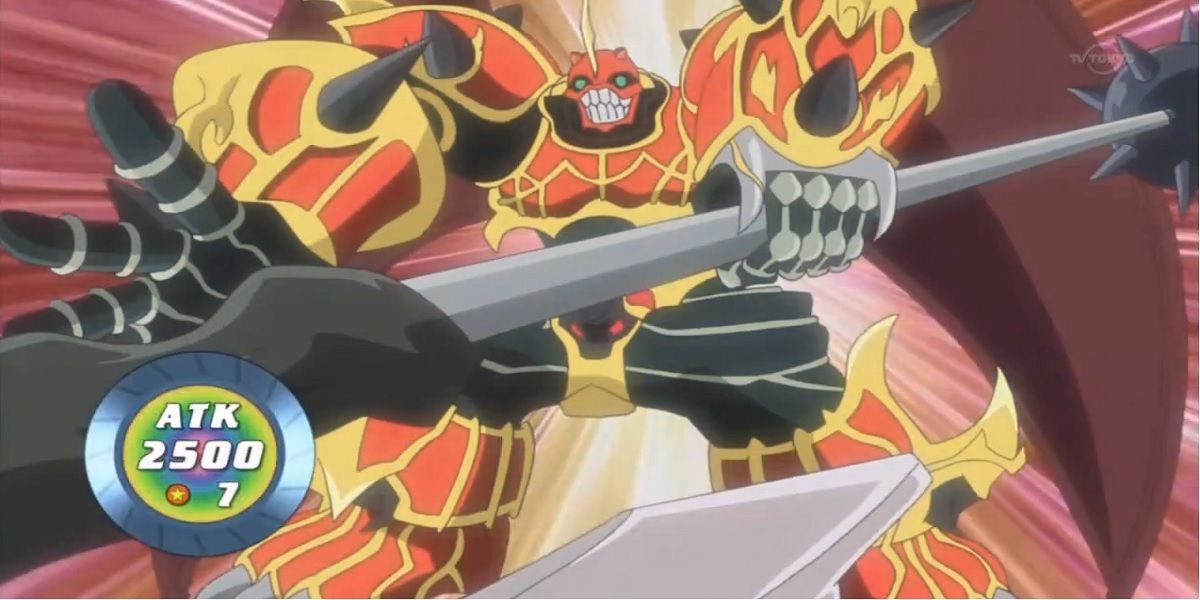 5D’s really believed in thematic decks. Yusei lived in a part of town that had been rejected by “proper” society and was falling apart, and he put together a bike made out of spare parts and junk…so that’s what his deck was based off of. But Yusei’s Synchron deck was surprisingly good, and the precursor to how absurd the game of Yu-Gi-Oh! would become in the near future.

All of his main deck Monsters were small creatures with low ATK, but they could Special Summon themselves from hand and grave to Synchro into powerful extra deck monsters. Even without Stardust and its big brothers, the Junk/Synchron deck was pretty fearsome. 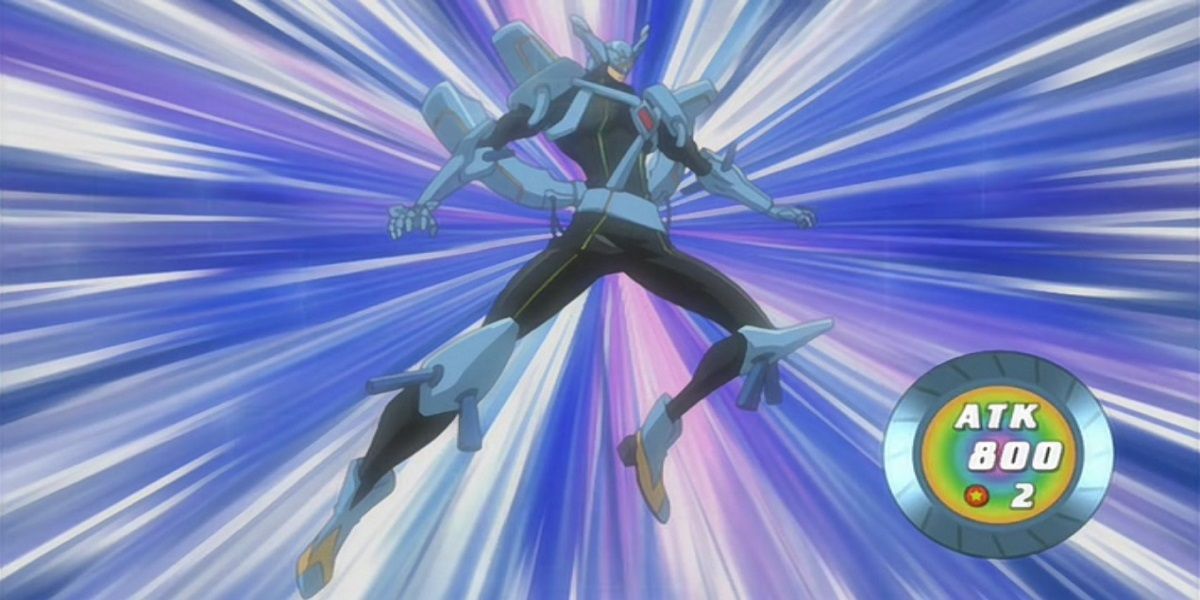 Introduced closer to the end of 5D’s, Bruno/Antinomy’s deck was pretty fearsome. Aside from having some pretty unique Monster designs, it was also an excellent deck. It introduced the concept of Accel Synchro, which gave players the power to Synchro using Synchro Monsters that were also Tuners.

For Antinomy, this meant access to Tech Genus Blade Blaster, a Monster that could be Summoned during an opponent’s turn, which just sounds unfair. All of that leaves out the ability of T.G.s to add new T.G. monsters to hand whenever ones on field were destroyed. An incredible deck that was plot relevant on the show and won Worlds in real life. 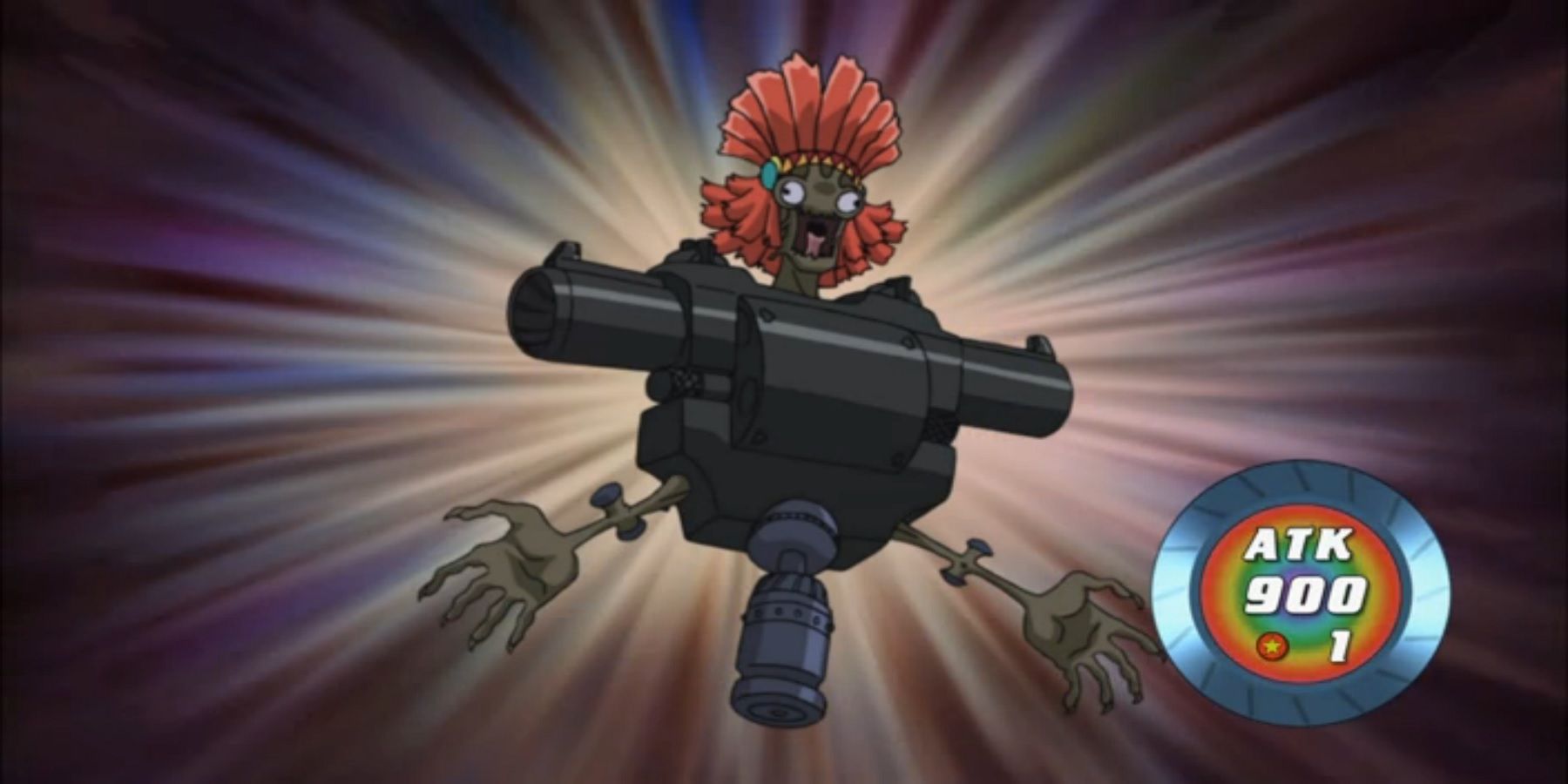 Belonging to Kyosuke Kiryu/Kalin Kessler, Infernities made for a powerful deck with a unique strategy and a high skill floor. The deck went against nearly everything players knew, as it was at its most powerful when a player’s hands were empty. Nonetheless, as a Dark Signer, Kiryu was able to do the impossible: beat Yusei Fudou, the protagonist of Yu-Gi-Oh! with almost zero losses over the course of the series.

Granted, he didn’t technically win because the duel got canceled as a result of Yusei’s bike breaking down, but still. This is one of the few decks with a card that allows them to keep dueling even after their life points hits zero. 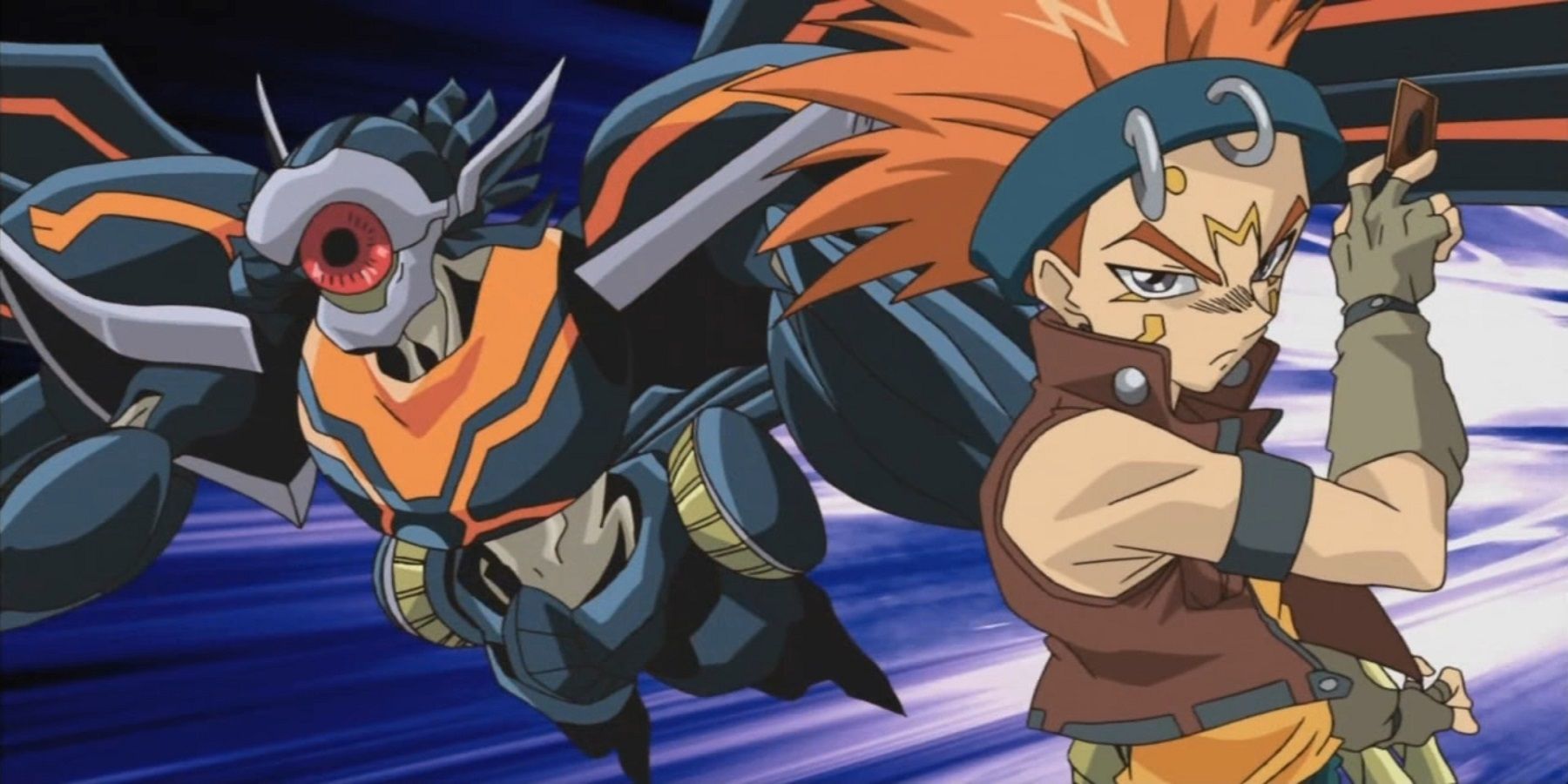 This can’t really be up for debate. Crow’s first duel in the series involves him getting into a match with a member of Sector Security…and then winning literally on the first turn. There’s no complex strategy, no cheesing the rules, he just knows his deck and how good it is at swarming the field.

Crow and the Blackwings were so popular they wound up making him into a member of the Signers, even though having a Dragon didn’t fit his deck at all. In real life, this deck remained competitive for far longer than it had any right to, because so many of the cards were that amazing.