Star Wars: Is Rey Still a Jedi – Or Did She Bury That Legacy?

When Rey buries the two Skywalker lightsabers at the end of Star Wars: The Rise of Skywalker, it could be symbolic of her status of as a Jedi.

You Are Reading :Star Wars Is Rey Still a Jedi – Or Did She Bury That Legacy

The Rise of Skywalker was the final movie in Disney’s Star Wars trilogy and the ultimate clincher for the Skywalker Saga. Its final scene showed Rey paying her respects to Luke and Leia by burying the two Skywalker lightsabers in the sands of Tatooine. Then, she took Skywalker as her own surname, choosing to identify with them rather than with her own evil heritage.

Rey’s decision to take that name and bury the lightsabers could also be symbolic of her current status as a Jedi. One could argue that she buried the legacy of the Jedi with the lightsabers, while another might say that she accepted her role to continue the age-old traditions and rebuild the Jedi Order.

Rey Buried the Legacy of the Jedi 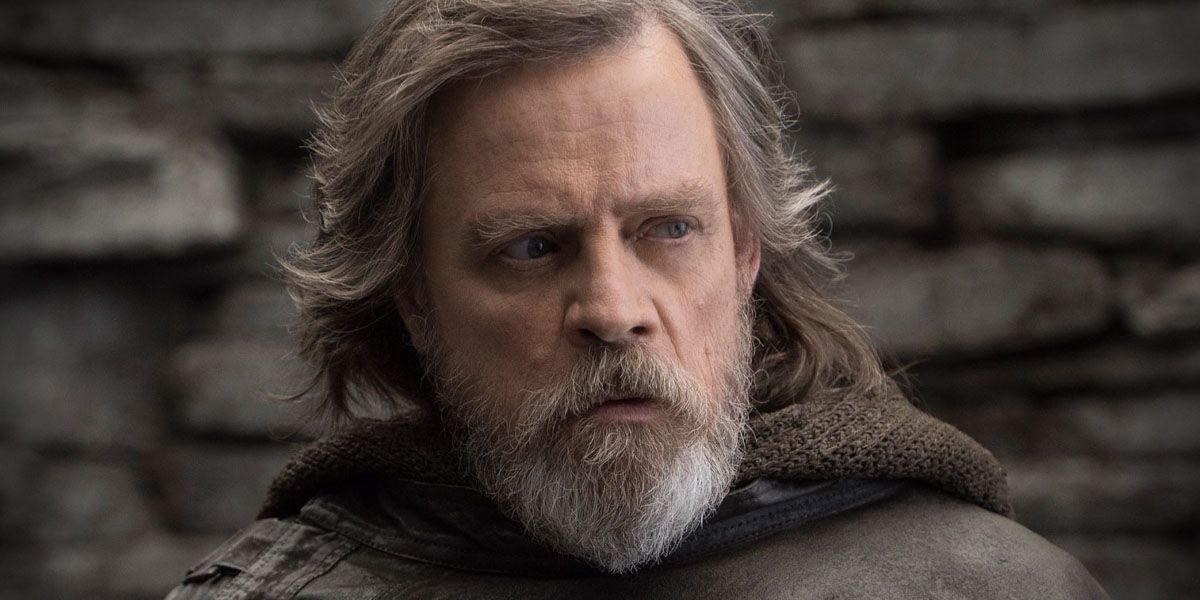 Although it requires a pretty specific line of logic, there are some Star Wars fans who theorize that Rey is the last Jedi ever, and the reasoning behind this is not completely unfounded. The rationale starts by examining Rey’s training in the Jedi arts. When she arrived at Ahch-To, she was intent on becoming a Jedi, but Luke was dead set on the opposite. Even when he started to teach her, he was still disconnected from the Force. Later, she trained under Leia, who was never a Jedi, even if she had some knowledge of the Force and some training from Luke. With this as a background, it’s possible to conclude that Rey might not actually have been a Jedi in the first place because she never learned from one.

Granted, that is probably taking it a step too far. After all, Rey did fight against Darth Sidious and claim to be “all the Jedi.” So, it’s clear that she embraced the role of a Jedi for at least a period of time. In doing so, she communed with the Jedi of the past and gained enough strength from their combined powers to defeat Darth Sidious and destroy his rebuilt Sith Empire, which effectively ended the millennia-long war between the Jedi and the Sith. In the fight, Rey and Sidious both represented the totality of their respective orders, and both of them died, leaving the Force in a state of balance. From that perspective, the Sith did not prevail, but the Jedi were also destroyed.

With the Jedi’s fight over, she does the only sensible thing. She honors the legacy of her teachers, buries their lightsabers on Tatooine and prepares to move on just like they did. Notably, every Skywalker has turned away from the Jedi. Anakin became Darth Vader after he felt that the Jedi had failed him. Luke refused the title of Jedi after failing to rebuild the Order, and Leia never took the title at all. Even Ben Solo turned away from his path as a Jedi and became Kylo Ren. Clearly, there is a common theme of Skywalkers turning away from the Jedi. Thus, by burying the Skywalker legacy lightsaber, which she, Anakin and Luke all wielded, Rey just might be burying the legacy of the Jedi in order to look toward the future.

This might be why she claims the Skywalker name – so she too can turn away from the Jedi and now build something else with her newfound knowledge. Essentially, this line of logic ends by believing that when Rey was resurrected, she was changed. The Jedi story is over, so Rey is destined to build a new order of Force users, maybe even using both the Dark and Light Sides of the Force, similar to Gray Jedi.

Rey Will Rebuild the Jedi Order 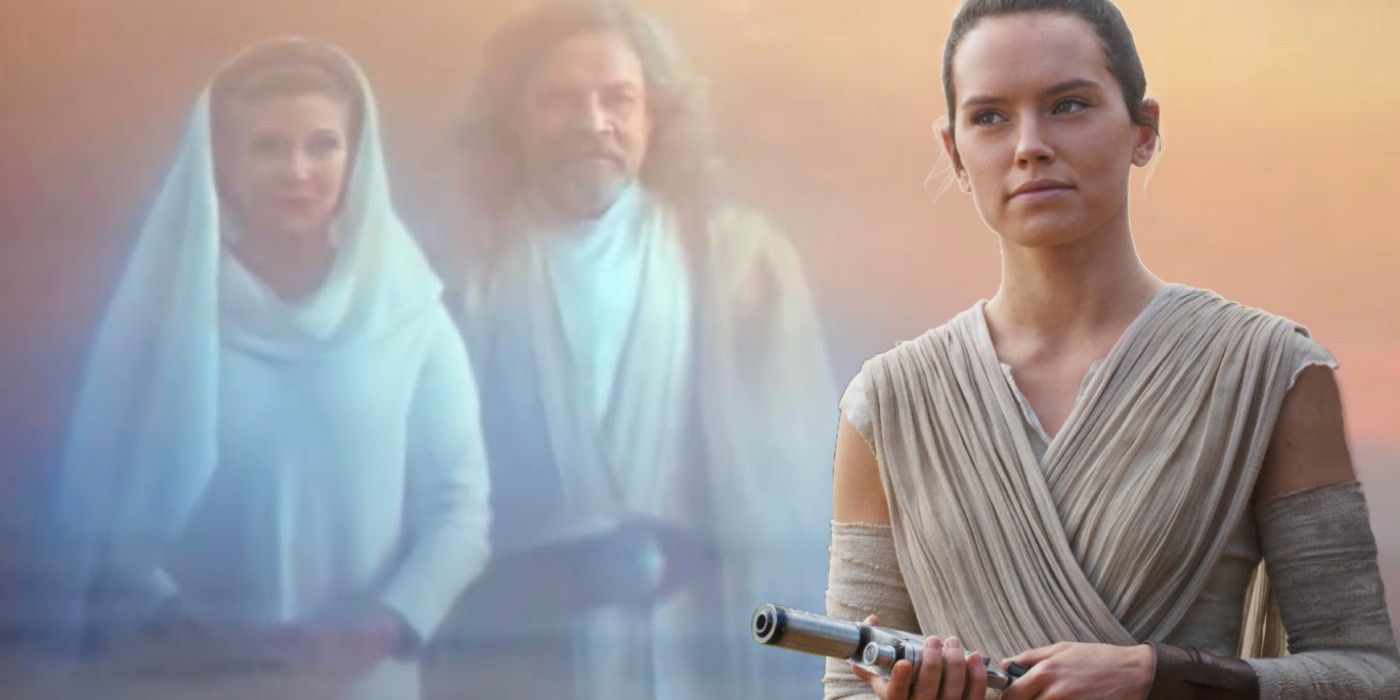 On the other hand, everything from the previous point could be interpreted another way. For starters, even though Rey was trained by a disillusioned Luke, he was still a Jedi – a Jedi in exile, but a Jedi all the same. For that matter, Luke himself was trained by Obi-Wan and Yoda, both of whom were in exile while training him, and hardly anyone questions whether he was a Jedi in Star Wars: Return of the Jedi. Alternatively, even though Leia never finished her Jedi training, her teachings count as well. After all, Kanan Jarrus never finished his Jedi training and still trained Ezra Bridger as a Jedi.

Clearly, Luke and Leia’s training was worth something because if Rey was not a Jedi, she should not have been able to communicate with the Jedi of the past. It would be weird for these spirits to reach out to a random Light Side user if they didn’t believe her to be one of them. Besides, Rey herself claims that she “is all the Jedi,” so clearly, she accepted the title and vanquished the Sith in her climatic duel with Darth Sidious.

After the fight on Exegol, she buries the two lightsabers as a way to pay homage to Luke and Leia and to signify that their tasks have been completed. Then, she takes the name of Skywalker. That, however, does not mean that she is turning away from the Jedi. Yes, all of the Skywalkers turned away from the Jedi, but every one of them returned eventually. Anakin was redeemed in Return of the Jedi. Luke admitted that he was wrong to try and end the Jedi after his personal mistakes, and Leia chose a different path but had no ill will toward the Jedi. Even Ben Solo returned to help Rey against Sidious. Clearly, the Skywalkers have not been perfect, but as Yoda told Luke, failure can be a great teacher too.

From that perspective, claiming the name of Skywalker seems to indicate that she does indeed plan on continuing the legacy of the Jedi in Star Wars. So, Rey builds her own lightsaber, which is a traditional rite of passage to becoming a Jedi Knight. She has faced darkness like every Skywalker and has returned to the Light Side as well-rounded Jedi, knowing her own darkness and limitation. By burying the past and building her own saber, Rey signifies her readiness to start her own journey as a Jedi.

See also  15 Ways Guardians of the Galaxy Is Star Wars

Why the Jedi Order Inevitably Endures

While Rey starting a new order of Gray Jedi-type Force users could be interesting, it seems rather unlikely. Rey already tried to be the last Jedi in The Rise of Skywalker. She even told Luke, “I’m doing what you did,” when she burned Kylo Ren’s fighter on Ahch-To, but Luke told her that she was wrong to give in to her fear. Now, after communing with the Jedi of the past, it seems unlikely that Rey will again try to move on from the Jedi, even if their immediate foe has been vanquished.

Perhaps looking at the fundamental nature of the Force can offer some insight as well. An elementary explanation of the Force claims that there are two halves, the Light and the Dark, but a deeper understanding is important. In its original form, the Force was its own entity – whole and uncorrupted. That is what the Jedi served. However, some selfish Jedi removed themselves from the order and over centuries became the Sith Order. In doing so, they corrupted the Force through their desire for power, and ruined a good thing. In that original form, the Force was in balance, not being ravaged by darkness. Now, with the Sith defeated, the Force has been restored to balance, unadulterated by darkness.

Thus, Rey cannot destroy the Jedi to start a new order of Light Side users because Light Side users are inherently Jedi, serving the whole and balanced Force. Even Ahsoka, who claimed to not be a Jedi, returned to their ranks in order to be able to communicate with Rey through the Force. The Sith and their corruption were destroyed, but the Jedi will endure because the Force itself will endure.