Star Wars: Every Jedi Still Alive at the Time of The Mandalorian

On The Mandalorian, Din Djarin’s journey to return the Child to the Jedi continues. Here’s every Jedi alive at the time of his search.

You Are Reading :Star Wars Every Jedi Still Alive at the Time of The Mandalorian 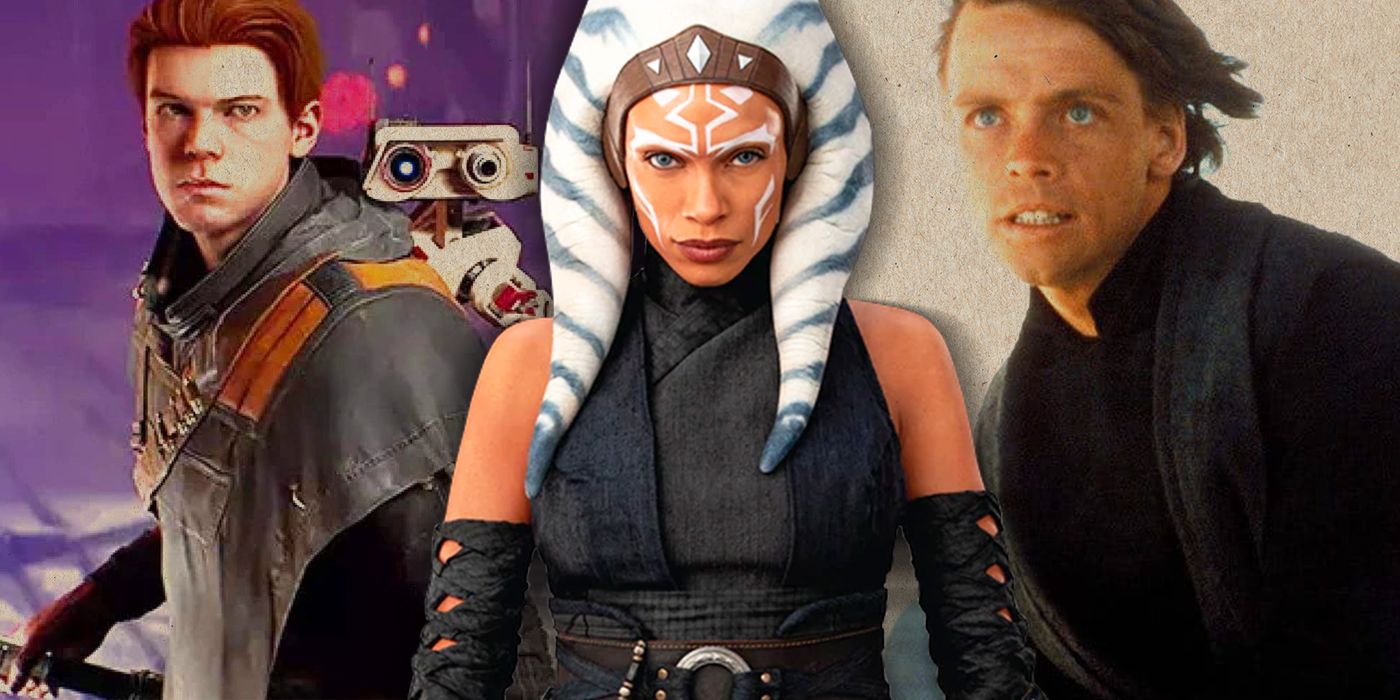 Since accepting his mission from the Forger on The Mandalorian, Din Djarin has traversed the galaxy, looking for any leads for Jedi who he could return the Child to. He was finally able to locate Ahsoka Tano, but the Mandalorian’s hopes were dashed when the Jedi refused to train Grogu in the ways of the Force. Instead, she offered another destination to Din: a Jedi Temple on Tython, a place where Grogu would be able to call upon any potential Jedi that would be willing to take him on. With the galaxy still reeling from the reign of the Empire, there are only a few Jedi remaining that could appear — at least as far as we know. Here’s the pool of potential candidates. 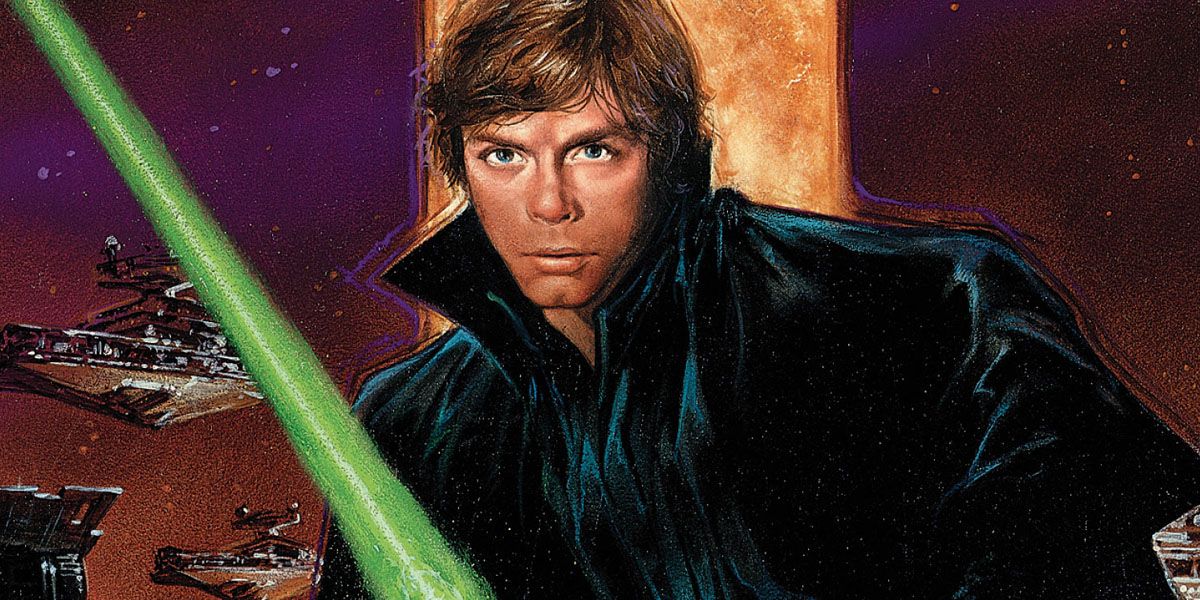 Luke Skywalker is the legend that defeated Darth Vader and brought an end to the Empire, and yet, he’s never been mentioned during the Mandalorian’s journey. In the Outer Rim, it seems very few know it was a Jedi who helped bring about the New Republic. However, with the remnants of the Empire continuing to move across the galaxy, looking to rebuild, the Jedi Knight would still be serving as a leader in the Republic and a protector of the galaxy. Additionally, although it’s still too early for the days of Ben Solo’s training, The Mandalorian takes place around the time that Luke first began to collect potential students for his Jedi Academy. 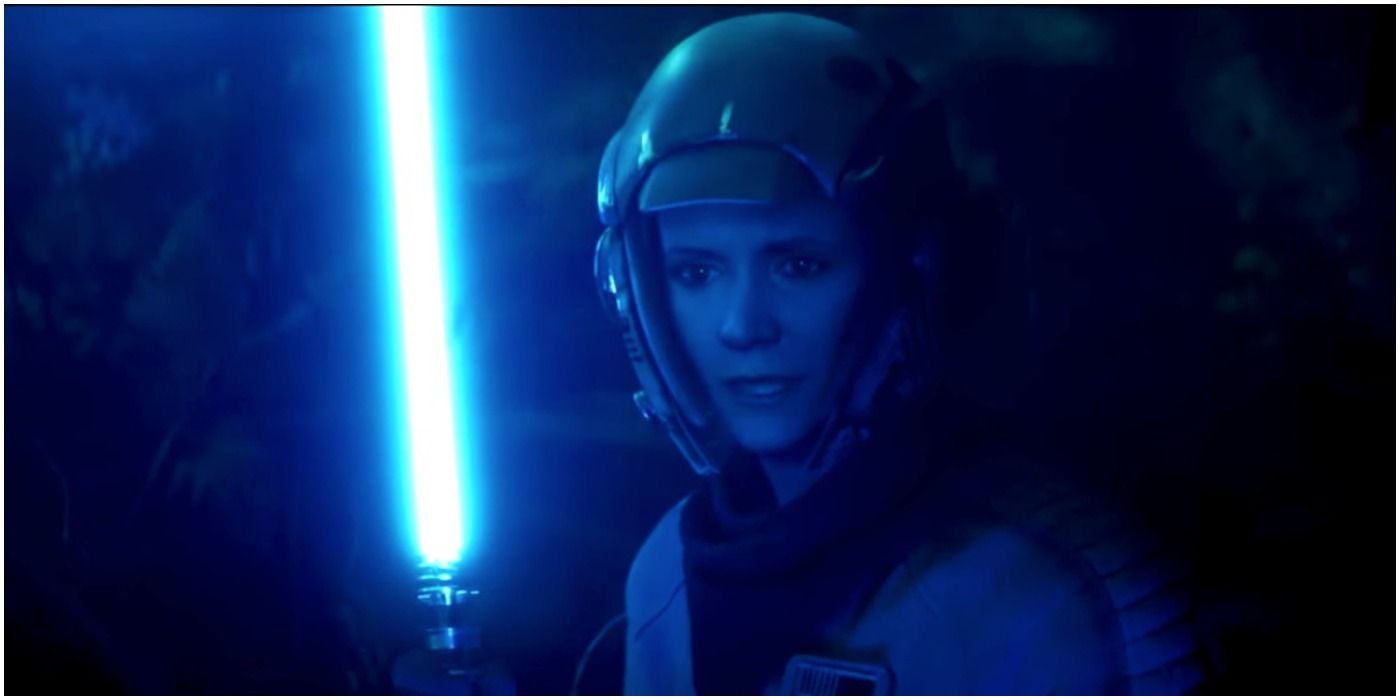 Flashbacks in The Rise of Skywalker showed Leia was trained in the ways of the Force and became a Jedi in her own right. However, given her status as the daughter of Bail Organa, much of Leia’s work for the New Republic was on the political side where she helped to rebuild a government. Working as a Senator, Leia would also be in the midst of raising her and Han’s son, Ben, with a few years still remaining before she entrusted him to Luke. While she may be busy at the heart of the New Republic, Leia has shown a gift for communicating through the Force, something that could bring her into contact with Grogu. 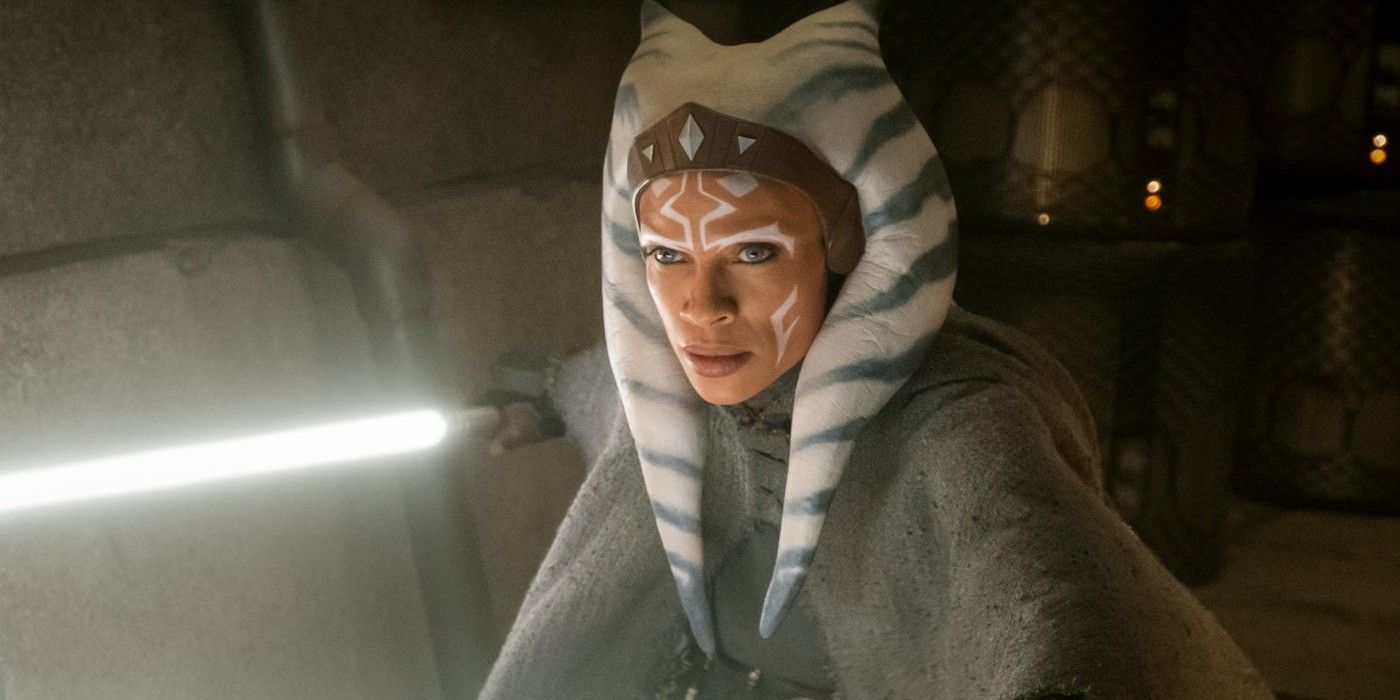 Ahsoka Tano is the only Jedi the Mandalorian has met on his journey so far, and one that he will probably encounter again in the future. Having left the Jedi Order before its fall, it seems that, in the time since the Jedi made their return, the apprentice of Anakin Skywalker has reclaimed her status as one of its members. Continuing her fight to protect others in the Outer Rim, her battle with the Magistrate revealed that her current and primary goal is finding Grand Admiral Thrawn, who seems to have his own plans for the galaxy. Ahsoka’s search for one of the Empire’s most dangerous individuals could also lead her to another Jedi in hiding… 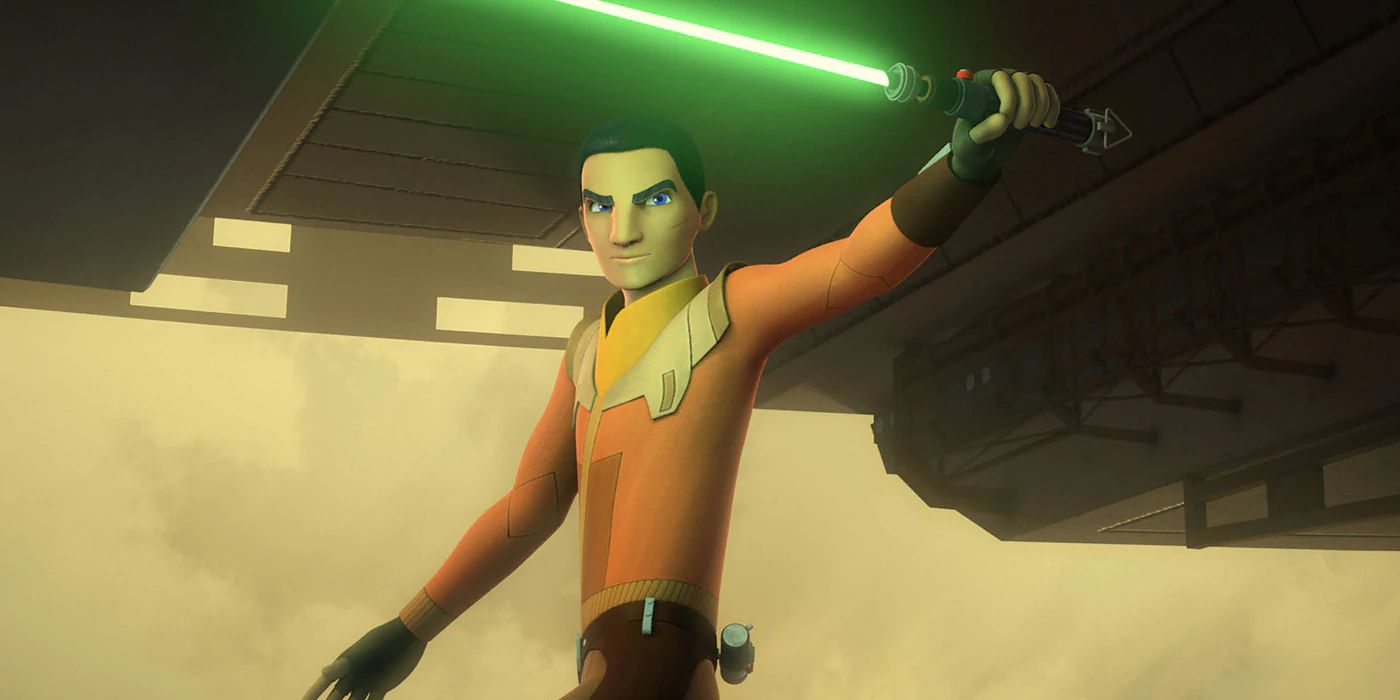 The apprentice of Kanan Jarrus, Ezra Bridger went from an orphan of Lothal to a Jedi in his own right in the early days of the Rebellion. In his battle to free his planet from the clutches of the Empire, Ezra found himself stuck on the bridge of a Star Destroyer with Grand Admiral Thrawn being pulled into hyperspace by a group of Purrgil. Determined to see the battle through to the end and keep Thrawn trapped, Ezra said goodbye to his friends and disappeared into the unknown. In the epilogue to Star Wars Rebels, Ahsoka and Sabine Wren, a Mandalorian, began their own journey to search for their missing friend.

Yet, while many viewers assumed the events of The Mandalorian take place following that epilogue, recent comments by the show’s executive producer, Dave Filoni, indicate Ahsoka’s meeting with Din Djarin could take place before her reunion with Sabine. If that’s the case, Ahsoka’s motivation for sending the pair to Tython could be her hope that Ezra could be a potential master for Grogu, one that shares his trauma from the Empire and has a tendency towards the Dark Side. 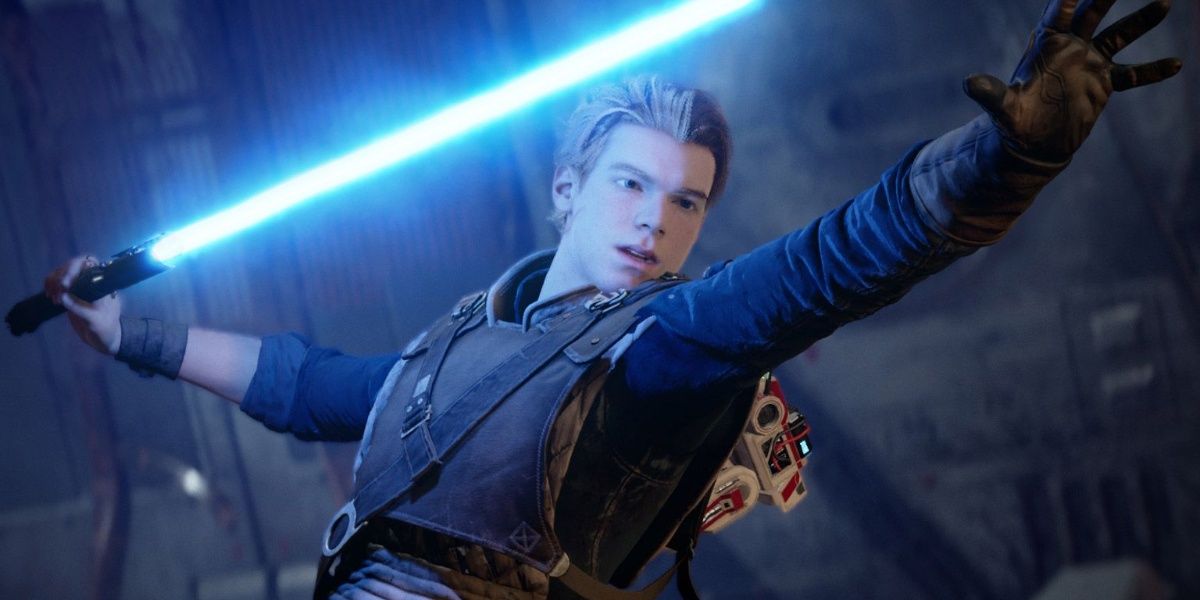 The life of Cal Kestis was forever changed with the events of Order 66. Losing his home, master and calling, Cal remained in hiding for many years until he was discovered by the Empire. Embarking on a journey across the galaxy, Cal was forced to reawaken his Force abilities, battling the Second and Ninth Sisters of the Inquisitorius along the way. These encounters enabled Cal to finally attain the status of Jedi Knight. Given The Mandalorian takes place more than 10 years after the events of Star Wars Jedi: Fallen Order, Cal could be in a position to guide Grogu. However, at the end of his journey, Cal made the choice to destroy a list of Force-sensitive children, leaving their fate to the Force, which could signify his intention to never train other Jedi. 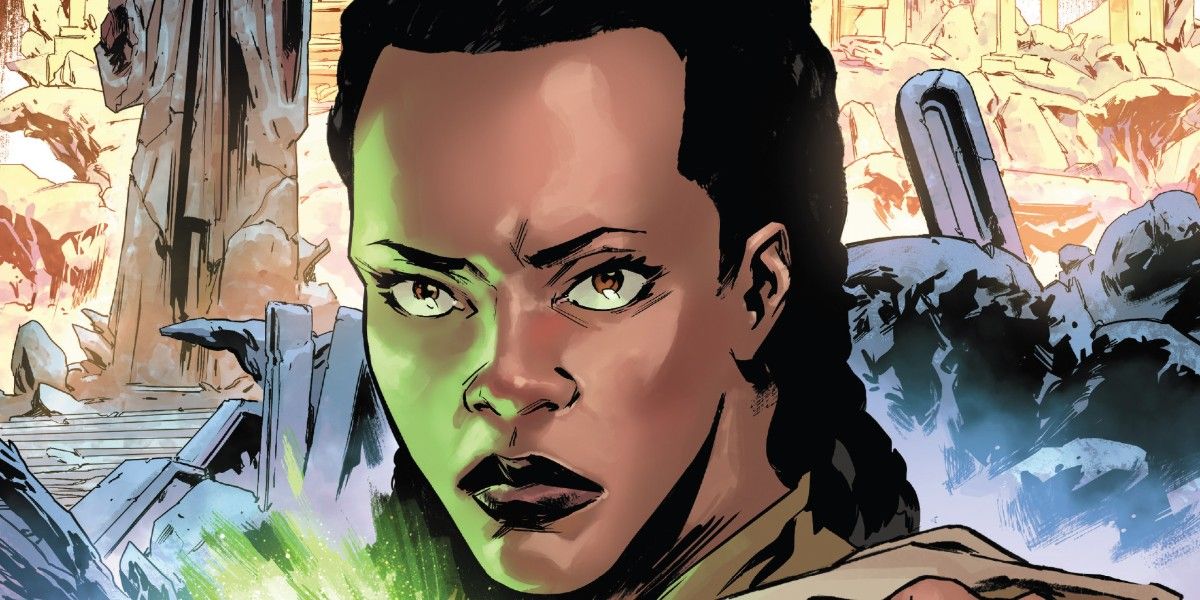 Cere Junda was another Jedi Knight during the Age of the Republic who fought in the Clone Wars. She had her own apprentice at the time of Order 66, and also took a group of younglings into hiding. Unfortunately, after being captured and tortured by the Inqusitors and Darth Vader, Cere gave up those in her care. Her guilt for the fall of her apprentice would drive her to cut herself off from the Force and eventually encounter Cal Kestis during his own attempt to escape. While she has abandoned the title of Jedi, her continuing journey with Cal could lead Cere to one day return to the Force, just as Luke did at the Battle of Crait. 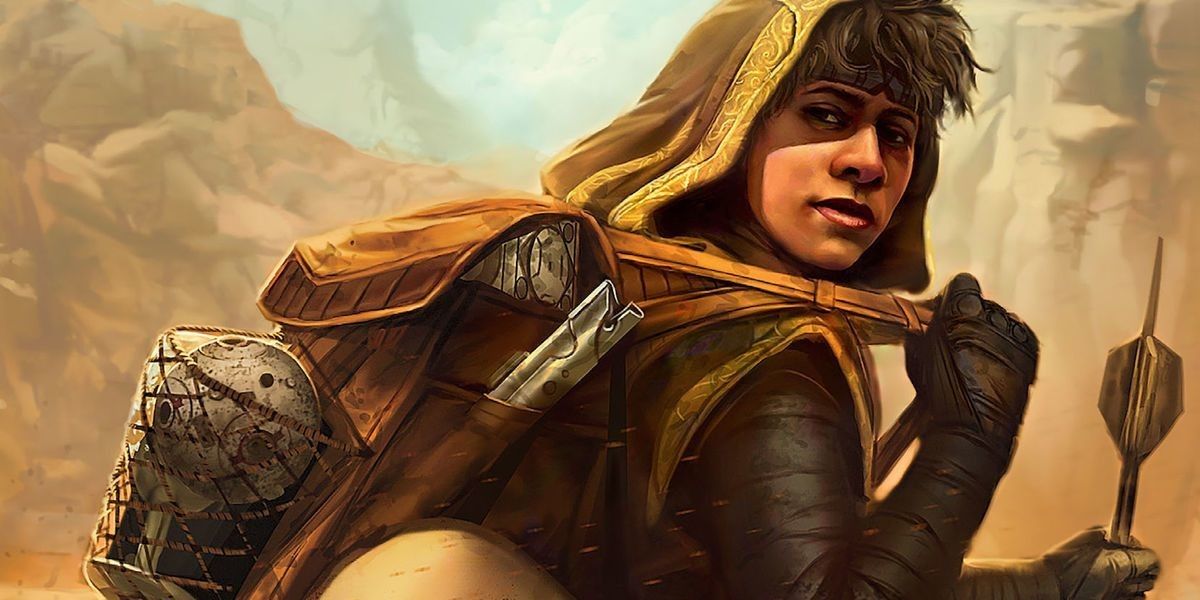 Introduced in the canon novel, Force Collector, the Force-sensitive Naq Med was trained by the Jedi but only ever reaching the title of Padawan. Before the onset of the Clone Wars, Naq left the Jedi Order. He continued to develop his connection with the Force on his own and started a family. However, when news of the Empire’s hunt for Jedi reached him, Naq was forced to leave his family and go into hiding. Before he could escape this galactic conflict, he faced the Grand Inquisitor and managed to destroy his opponent’s lightsaber in combat. He remained in hiding for over 30 years before learning of the Empire’s defeat. As Grogu contemplates his own journey with the Force, he could decide to take a similar path.