Star Wars: 8 Times The Sequel Trilogy Ignored Everything The Original Stood For

The Star Wars Original Trilogy was rich in character depth, broke boundaries, and had personal director influence, but the Sequels lacked in all.

You Are Reading :Star Wars 8 Times The Sequel Trilogy Ignored Everything The Original Stood For 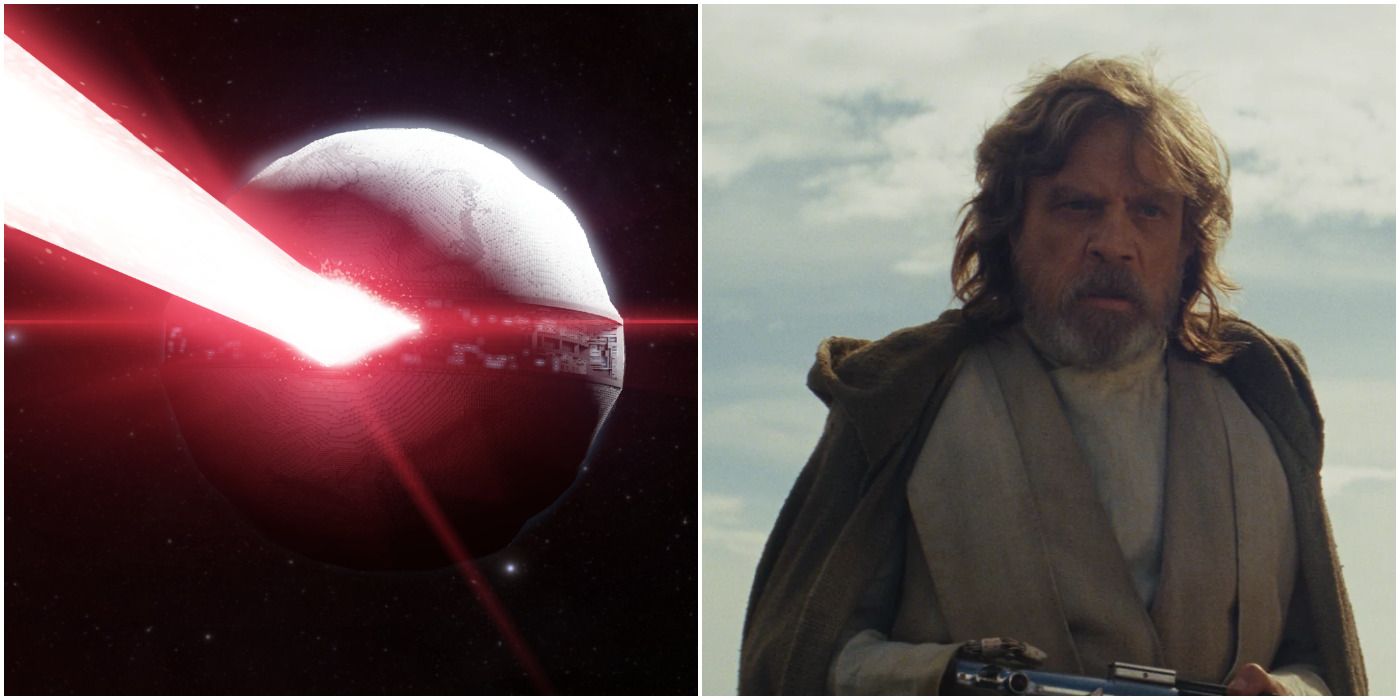 Star Wars is one of pop culture’s most beloved franchises. The Original Trilogy succeeded beyond anyone’s wildest dreams and created a juggernaut that would redefine entertainment, pushing the envelope in terms of plot, characters, and filmmaking technology. Multiple movies, comics, TV shows, video games, and more have all been emblazoned with the Star Wars logo, and even when it fails, fans still can’t get enough.

The Sequel Trilogy represents a massive learning opportunity for Lucasfilm, as it didn’t get the response that anyone was hoping for. A big reason for this was that it ignored the lessons of the Original Trilogy in a lot of ways, leaving fans wondering about the choices made.

8 It Repeated Their Structures While Adding Nothing 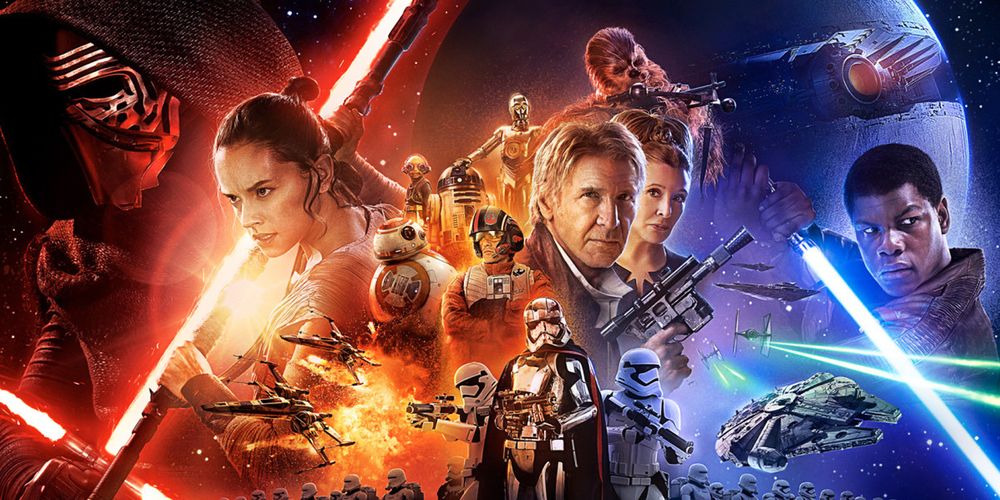 Star Wars has always been a pastiche of influences from George Lucas’s life and the things he enjoys, so making Star Wars movies that borrow from other sources isn’t a stretch but part of the franchise’s DNA. But the Sequels made a huge mistake that Lucas and company didn’t on the Original Trilogy: they didn’t add anything new to the proceedings.

The OT wore its influences on its sleeve, but it also brought the new. The Sequels didn’t and often seemed like remakes, at best. Even the one that tried to subvert expectations the most, The Last Jedi, borrowed multiple plot lines whole cloth from the OT. 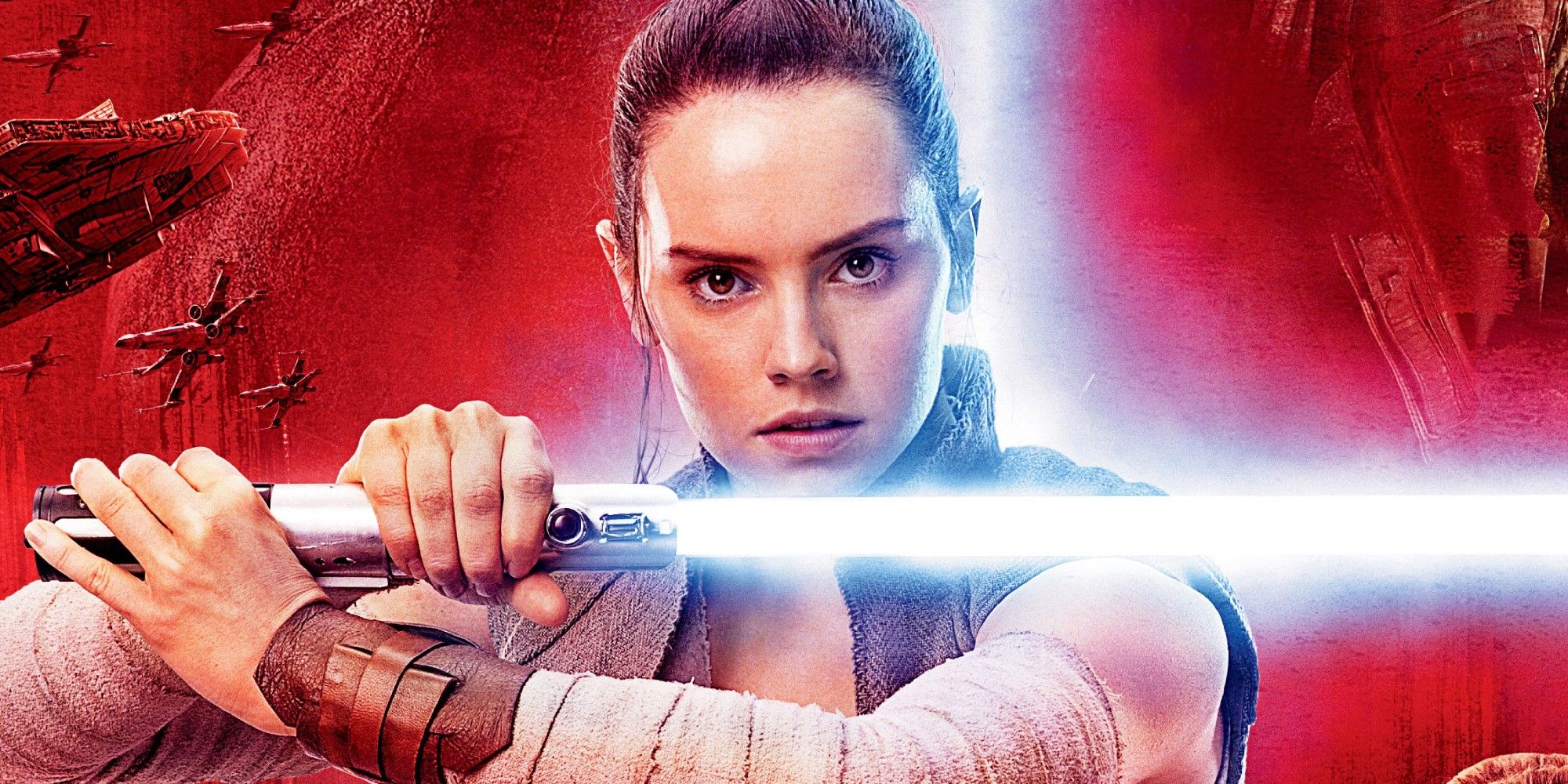 Plot armor and Star Wars is nothing new; most fiction uses it to an extent that often makes the events within seem a little too convenient. The OT tried to lessen the effect plot armor had on things, with heroes like Luke and Han both losing pretty heavily, as well as the Rebellion getting creamed at just about every turn.

The Sequel Trilogy pretty much ignored this entirely; the only hero who gets hurt is Finn and the while all of the heroes of the OT die, they weren’t exactly important to the plot other than as background players and mentors. Rey is protected to a ridiculous extent, earning the dreaded Mary Sue label. 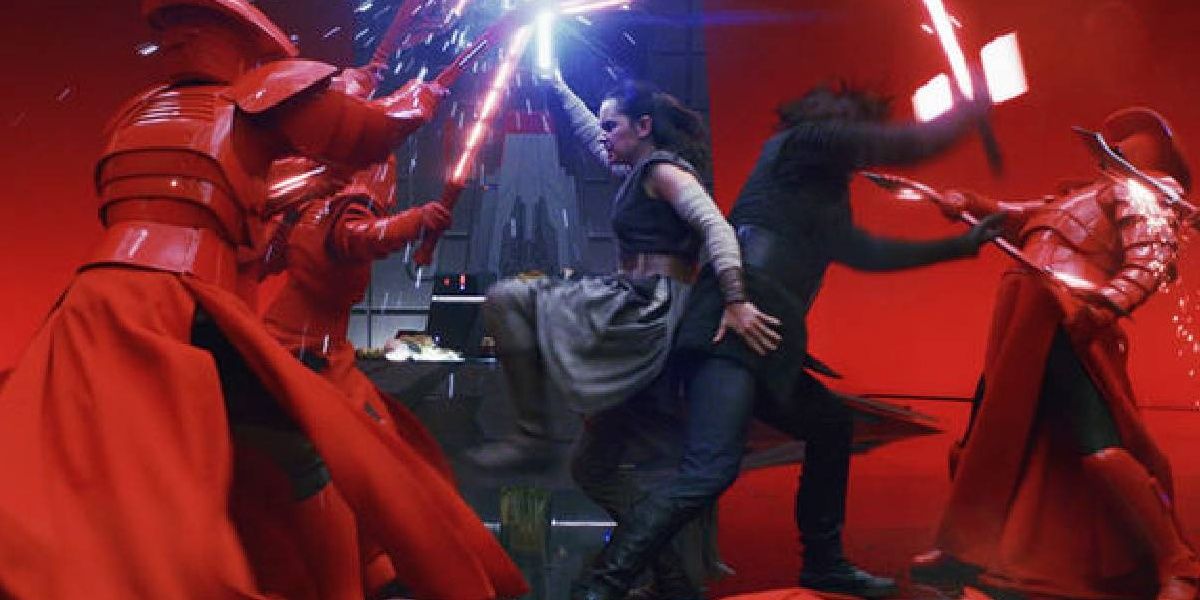 One of the great things about the OT is that it truly felt like an ensemble piece. Each of the main characters got story arcs that played out over the course of the Trilogy and even side characters like Chewbacca and the droids felt remarkably fleshed out. At first, it seemed like the Sequel Trilogy was going to go this way, and then it took a hard left turn into the Rey and Kylo show.

After the end of the Sequel Trilogy, actor John Boyega pointed out that Rey and Kylo got all of the spotlight throughout the Trilogy, so even the actors noticed it. It also hurt the story a lot, as Finn, Poe, and the side characters all felt one dimensional and their plots often had no bearing at all on the overarching plot. The OT felt like an ensemble; the ST doesn’t.

5 It Did Nothing For The Art Of Filmmaking

One of George Lucas’s driving passions is filmmaking, and the OT was a place where he indulged this. Lucasfilm created a lot of groundbreaking techniques and technology for the OT, changing the way that movies were made and founding Industrial Light and Magic, possibly the greatest special effects group in the history of American film. The OT for Lucas was as much about pushing film forward as it was about the story.

The Sequel Trilogy did nothing for filmmaking as an art. They didn’t really break any new ground, just working with the same digital and physical effects that movies have always used. The acting and directing were good but there was nothing groundbreaking about them. Even the Prequel Trilogy, as reviled as it is, did more for the art of film than the Sequels. 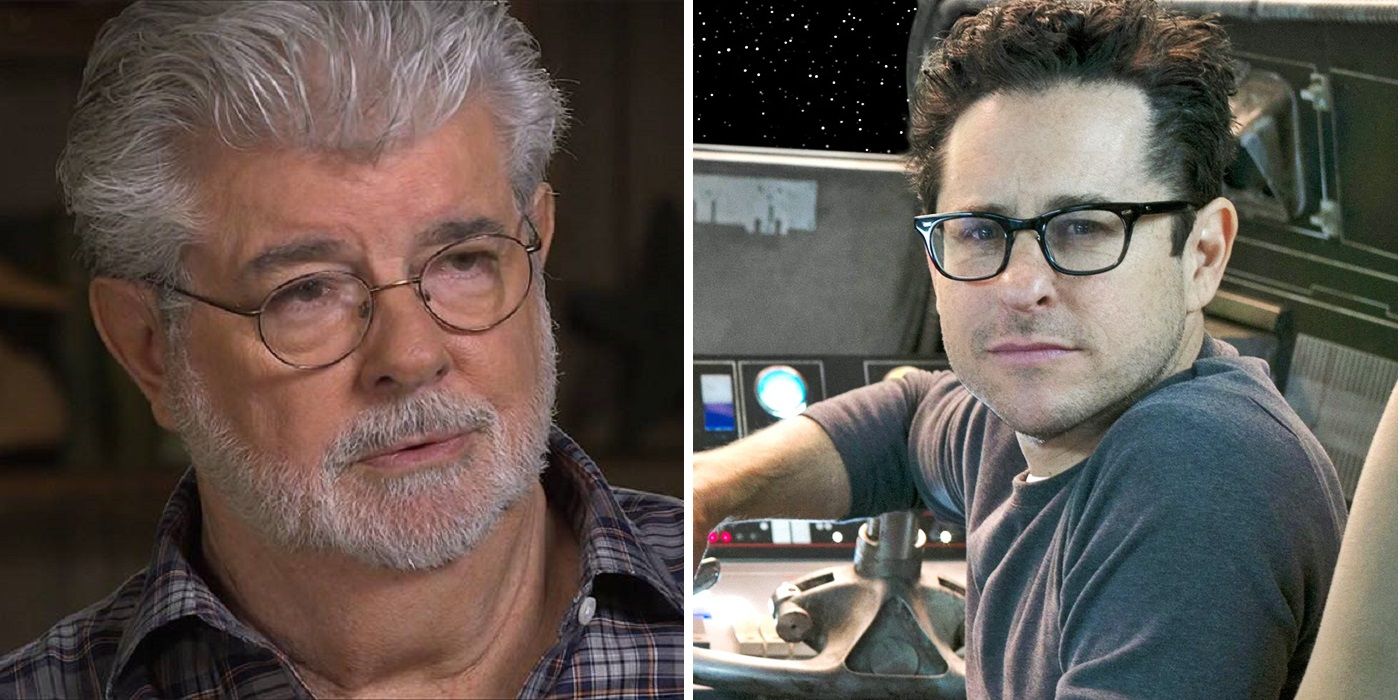 The ’70s were an interesting time in film. The studio system had ended and the first generation of kids who grew up with movies their whole lives were taking their first steps into the profession. Filmmakers like Lucas, Steven Spielberg, Francis Ford Coppola, and Brian De Palma burst on the scene, making projects that were driven by them, their personalities, and the things they liked. The OT was a perfect example of this, as it encapsulated all of Lucas’s loves.

The Sequel Trilogy was the complete opposite. It was rushed into production with no plan so Disney could get a return on its investment, and would basically become a tug of war between two conflicting styles of filmmaking because of directors JJ Abrams and Rian Johnson. People forget that Star Wars was basically an independent film distributed by a major studio and created from the imagination of one person; the Sequels are the complete opposite. 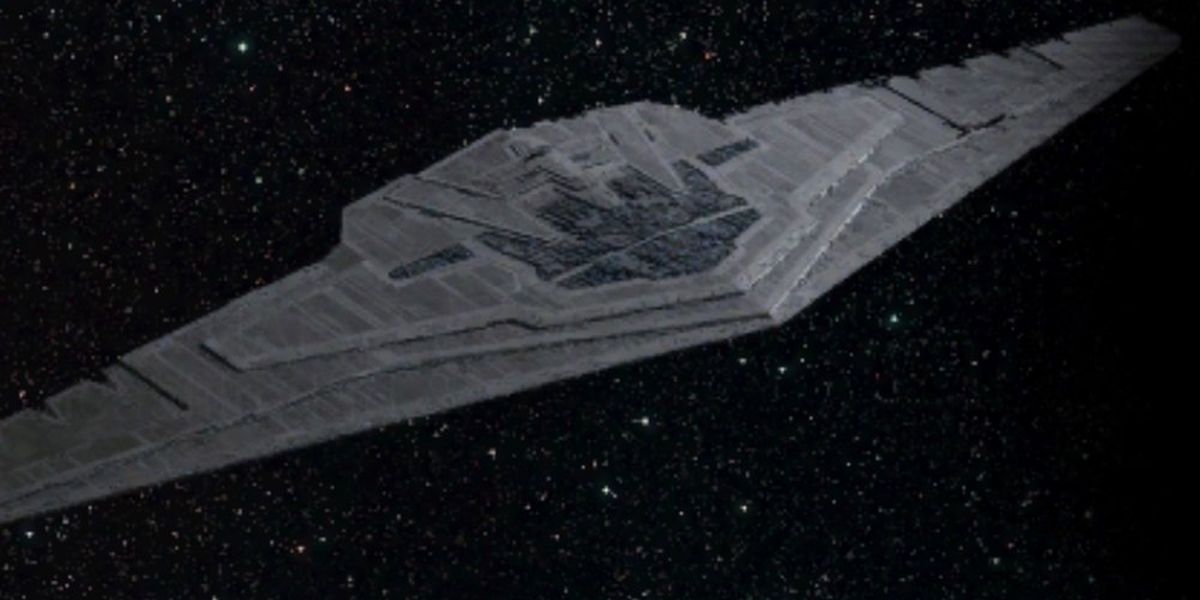 One of the great lessons of the OT is that bigger doesn’t always mean that something is better. The Empire is massive, both in manpower and in the scale of its technology, and yet none of that matters in the end because they’re defeated by people and their ideals. All of the Star Destroyers and Death Stars don’t matter at all because the Rebels have good on their side.

Apparently, the men and women of the First Order never learned this lesson, as everything they created was of massive scale and did no good whatsoever. On top of that, in real world terms, the marketing behind the Sequel Trilogy and the size of its production were equally massive, yet the movies are still a black eye on the legacy of the Star Wars Saga. Disney tried to go bigger with the whole thing and it backfired on them spectacularly. 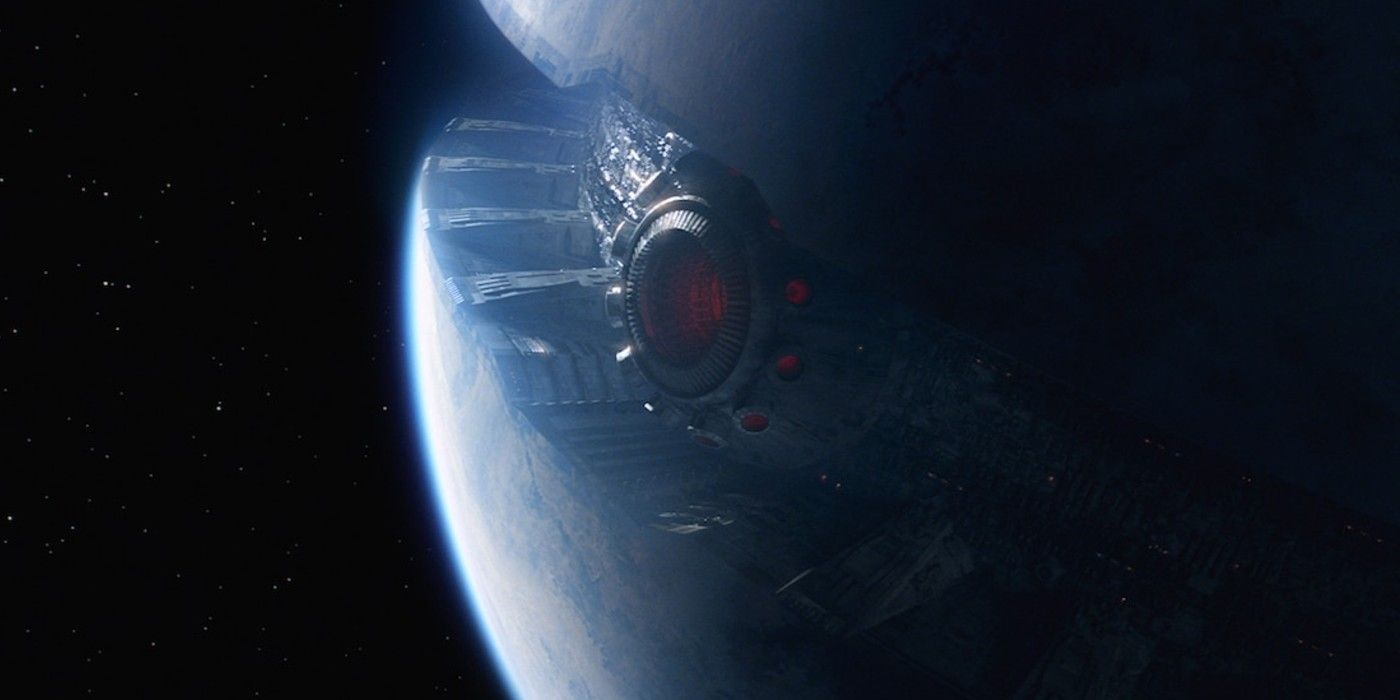 Spectacle has always been a huge part of Star Wars, from the opening scene on down. The Sequel Trilogy was able to get this right, as the movies provided the kind of massive spectacle that anything with Star Wars in the title demanded. The problem came in that the movies didn’t do a great job with balancing the characters with the spectacle.

Part of this was too much focus on Rey and Kylo Ren, but even they barely felt like three dimensional characters, as their stories were pretty simple and predictable. Lucas and company did an amazing job of presenting the spectacle of a war in the stars while making the characters feel real and memorable. The Sequels failed to pull off this balance.

1 It Ignored The Character Development Of Every Original Trilogy Hero 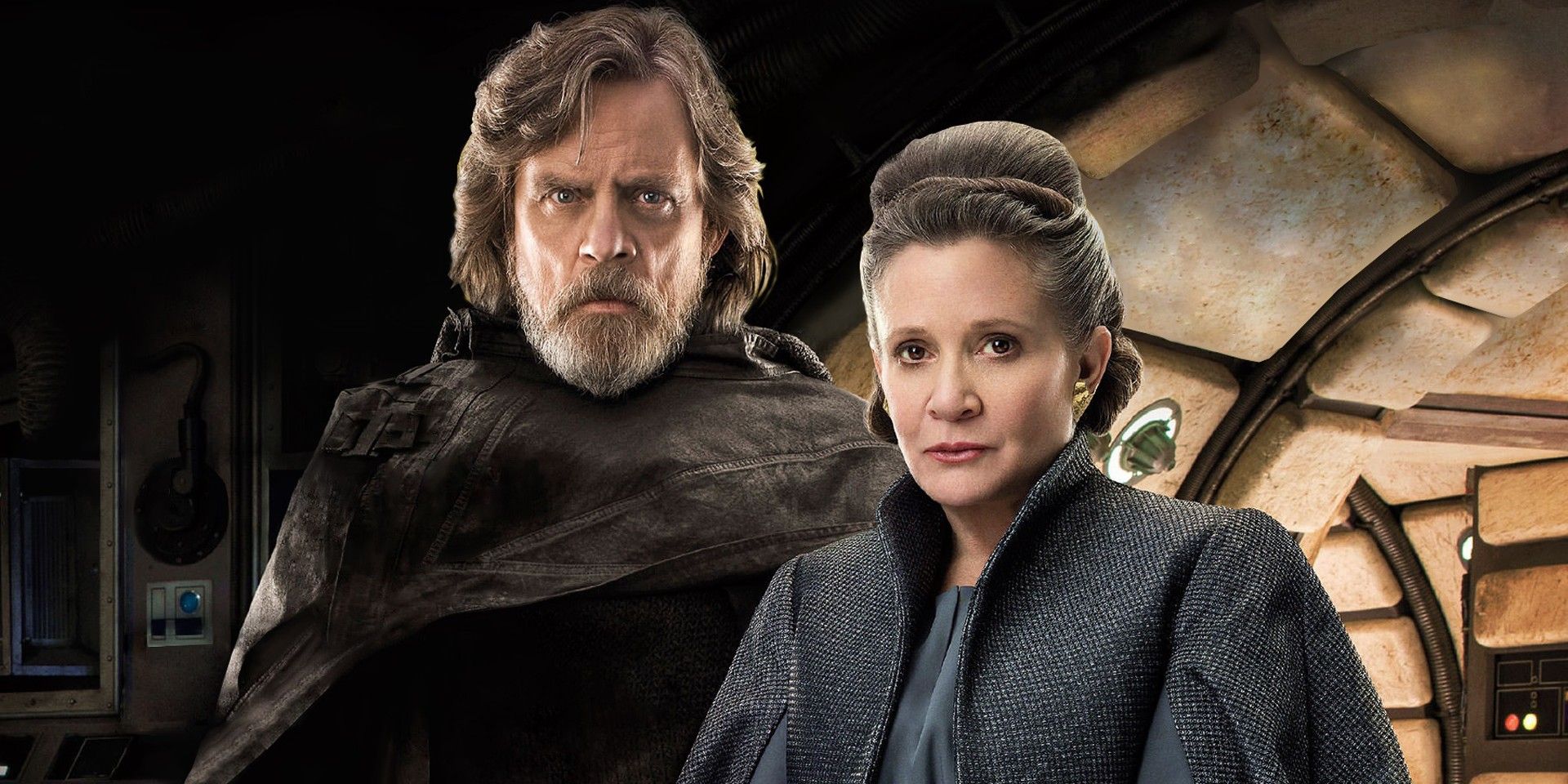 A lot of the things that the Sequel Trilogy ignored about the OT were ephemeral and had more to do with how the movies were made than anything else. One place where they certainly ignored plot points from the OT and what they stood for was in the blatant character regression of Luke, Han, and Leia in order to make the nostalgia bait plot work.