The dramatic conclusion of Rick and Morty’s fifth season has left fans with more questions, even though it answered a few longstanding ones.

You Are Reading :Rick & Morty 10 Questions Fans Still Have After Season 5 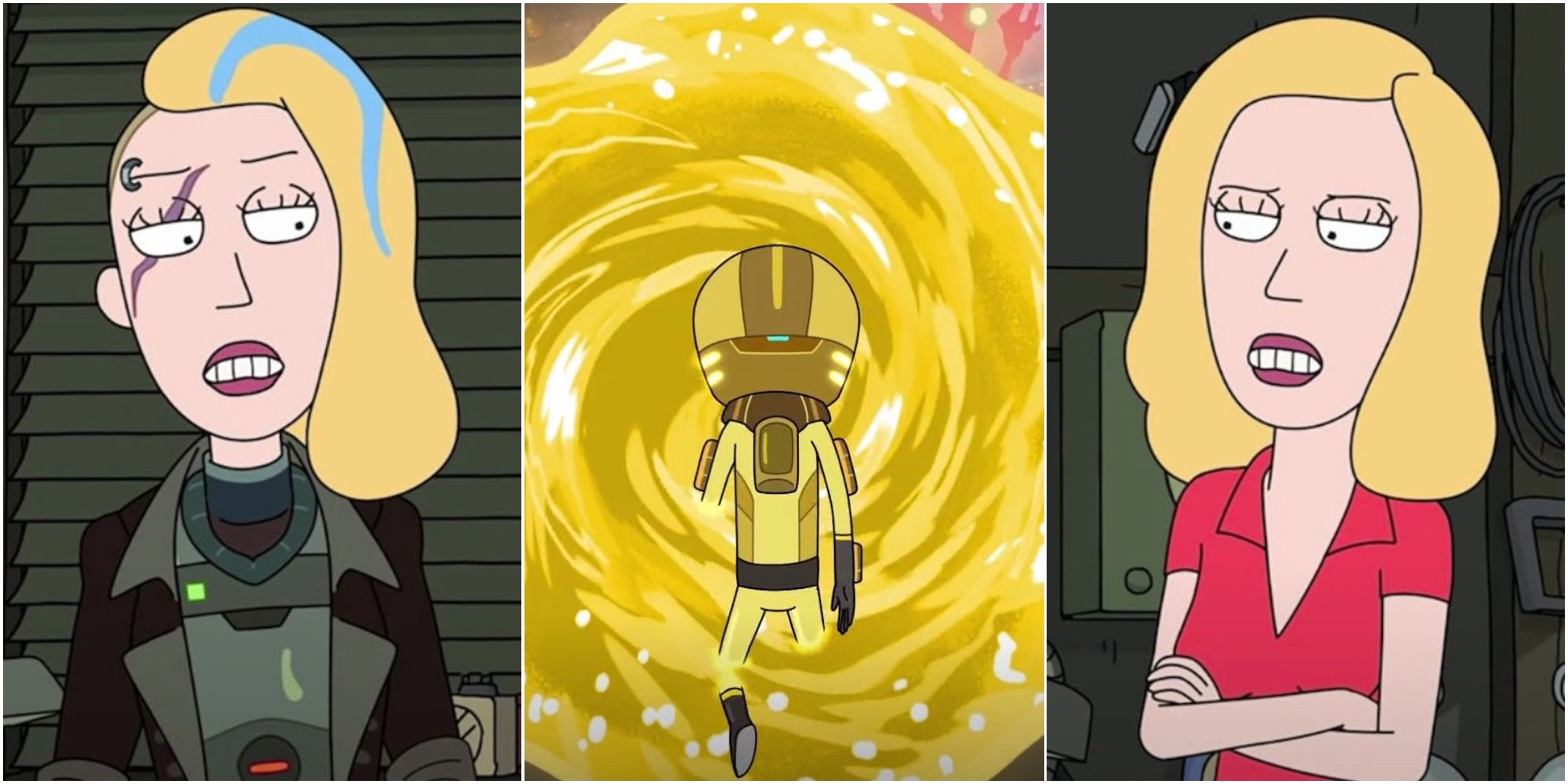 Although Rick & Morty’s fifth season leaves a lot to be desired in terms of continuity, the show pulls out all the stops over the course of its ten episodes. There are undeniably ludicrous sequences—Rick’s Thanksgiving pardon, the Smith family decoy civil war, a Captain Planet parody, and a group of demons hellbent on savoring Jerry’s “wellspring of nuanced flavor,” to name a few.

Despite Rick’s explicit disapproval, there are a few episodes dedicated to canonical adventures, like Birdperson’s backstory and Evil Morty’s hitherto-mysterious objectives. As expected, Rick & Morty leaves several plot points open-ended, most of which will hopefully be resolved in future seasons.

10 Are The Two Crows Ever Going To Return? Rick arrogantly announces that Morty isn’t worth more than “two crows,” going so far as to capture and train the birds to annoy his grandson. Although he abandons the crows on a “bird planet,” they mutate into emotionally evolved characters.

Rick’s adventures with his new partners are rudely cut short in the first few minutes of “Rickmurai Jack,” when he learns that the Two Crows were only using Rick to make Crowscare, a hitherto nonexistent character, jealous. Perhaps they will return in future seasons (or not).

9 When Did Rick’s Garage Get So Talkative? The Smith family’s garage has been Rick’s lair since the beginning of the show—it’s where he maintains his lab and underground facilities, as well as conducts all his experiments within the space.

Interestingly, the garage’s AI develops a talkative personality in “Rickternal Friendshine of the Spotless Mort,” exchanging deadpan barbs with Rick. The AI even attempts to escape its owner’s clutches by borrowing help from a passerby, an act of betrayal that Rick claims to understand.

8 What Happens To Naruto Smith? Sticky, one of Morty’s enlarged sperms, is unable to resist the chemical signals emitted by Summer’s supersized ovum. The resulting zygote is launched into space by the President, where it rapidly morphs into a “Giant Incest Baby.”

Summer reveals that she knows about her son, who she names Naruto, and that she helps him break out of a Martian secret prison base. Naruto returns the favor by casually destroying his great-grandfather’s hijacked Gogogotron, thereby saving Rick’s life. There’s way too much potential in this character for him to be forgotten.

7 Why Is The Significance Of The Yellow Portal? There are four known Portal colors in Rick & Morty—the famous green one teleports its users across certain realities, blue portals are used for travel within a local reality, and the purple portal is used by the wizard in “Claw and Hoarder: Special Ricktim’s Morty” for magical teleportation.

The Season 5 finale has Evil Morty escaping from the Central Finite Curve and casting a golden-yellow portal. This variant probably allows people to travel freely across the multiverse, including realities where Rick isn’t the smartest entity, but this feature is yet to be confirmed. Birdperson and Tammy take their relationship to the next level by getting married, only for the bride to betray the groom and shoot him point-blank in the chest. Rick eventually manages to get his friend back, although he’s heartbroken to see Birdperson transformed into the cold-blooded Phoenixperson.

In Season 5, Rick journeys through Birdperson’s decaying consciousness and pulls him to safety before everything collapses. However, the two characters also discover that Tammy had given birth to a daughter at some point in the past and that she’s currently held in a Galactic prison.

Evil Morty finally explains the reasoning behind everything he’s done—especially his meteoric rise to President of the Citadel. He informs Morty C-137 that the Central Finite Curve is nothing more than an “infinite crib built around an infinite ****ing baby.”

An infinite series of universes implies that there are infinite realities in which Rick is either completely different or doesn’t exist at all. This doesn’t mean that these places are any less chaotic than Rick-verses, though. Rick clones Beth to “help” her live life to the fullest—one of them remains on Earth with her family while the other indulges in death-defying alien revolutions.

However, Rick is unable to deal with the burden of making such a serious decision on Beth’s behalf, which is why he ensures that nobody (even himself) will ever be able to differentiate between the two versions of his daughter. Interestingly, both Beths enjoy each other’s company enough not to give a hoot anymore. Rick grudgingly allows his grandson to access his memories, including the most painful experience he has ever undergone in his life. Morty observes how an unknown Rick attempts to sway Rick C-137 towards portal gun technology, consequently killing Diane and Beth Sanchez when rebuffed.

Rick C-137 proceeds to scour the multiverse for revenge, establishing the Citadel of Ricks when he fails to locate his target. Nobody knows who the murderer is, not yet anyway.

2 Where Has Evil Morty Gone? When Morty C-137 asks his evil counterpart what he plans to do about the Rick problem, the latter simply says that he’s transcending the limits of the Central Finite Curve. Evil Morty tears a hole in the fabric of spacetime, jettisoning himself through an array of rainbow clouds and fractals before emerging somewhere else.

He then blasts a golden portal for himself and disappears. While it’s likely that Evil Morty is in a universe safe from Rick, the specific nature of his new reality is unclear. Morty C-137 saves his grandfather at the end of “Rickmurai Jack”, and the ramifications of this decision are certain to have far and wide-ranging effects. The pair somehow manages to disengage a section of the Citadel, using it to flee the scene of destruction by working together.

The show makes the metaphor explicit by labeling the Booster Control Lever with the words “Must operate with partner,” signifying that the bond of trust between Rick and Morty has been restored. Are they going to follow their nemesis into the unknown, though?