The hit Adult Swim cartoon is well-known for its self-referentiality, but the Season 4 premiere takes this to a whole new level.

You Are Reading :Rick and Morty’s Season 4 Premiere Is One Big Callback to the Pilot

WARNING: The following article contains spoilers for “Edge of Tomorty: Rick, Die Rickpeat,” the Season 4 premiere of Rick and Morty.

Rick and Morty’s long-awaited return brought with it everything fans have come to expect from the hit cartoon series: deep-cut pop culture references; gruesome mayhem and, most importantly, the brief but welcome return of Mr. Meeseeks.

However, it also should have been familiar to fans for another reason. As well as Akira and Titanic, Season 4’s biggest nod is a self-referential one: much of the episode functions as a flipped mirror image of the show’s pilot. 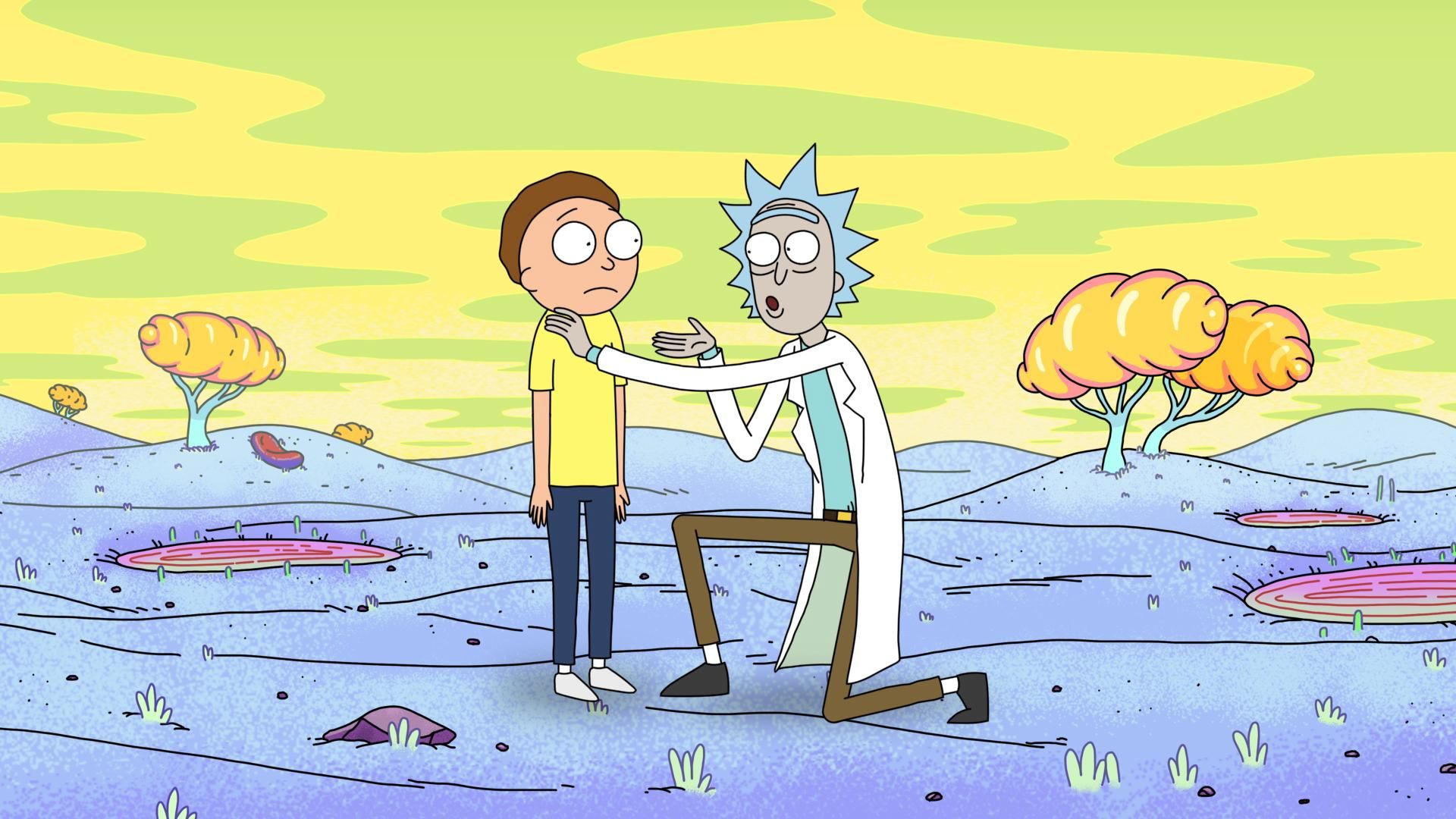 In the first episode of Rick and Morty, the titular gassy scientist whisks his bumbling grandson off, out of the blue, to another world — Dimension 35-C — to harvest mega-seeds from mega-trees, leaving Beth and Jerry to quarrel about Rick’s influence on their defenseless son. Morty spends much of the episode longing for Jessica, tortured by Rick drunkenly promising in the cold open that he’ll use a doomsday device to obliterate the Earth and install Morty and his crush as “the new Adam and Eve.”

This predictably (in retrospect) ends in disaster, with Rick claiming that it was all in aid of forcing Morty to assert himself more. The rest of the episode continues in this pattern, with Rick popping in and out of Morty’s life to drag him away selfishly on errands and putting his body through hell. Morty also gains super-intelligence, briefly, from the mega-seed Rick makes him shove “way, way up” his butt, only to be reduced to a frothing mess of average intelligence again by the end.

The Season 4 premiere isn’t an exact replication of the pilot, but all of the elements from the first episode of Rick and Morty mentioned above are touched upon and then reversed in “Edge of Tomorty.” This time, Rick takes Morty — again, out of the blue — to harvest death crystals on Forbodulon Prime. The big difference here is that, four seasons later, Morty has taken Rick’s fake lesson on assertiveness to heart. He takes control of the situation in a way that he tried and failed to in the pilot’s opening sequence, swiping a death crystal to use for himself rather than take his abusive grandfather’s lead.

Once again, he’s following his longing for Jessica — this time voluntarily using the alien item’s effects to enhance himself in order to ensure the distant future that the death crystal foretells even if it turns him into an incoherent mess yet again. This time, too, Rick has to ask Beth and Jerry’s permission to whisk Morty off, but this episode makes Rick the victim, as he relies on his grandson to bring him back to his own reality when this dimension’s Rick is killed. In this scenario, it’s Morty, not Rick, who is too selfish to prioritize his well-being.

Just in case the parallels weren’t clear enough, the way the Season 4 premiere ends directly echoes the pilot: in the family garage with Justin Roiland as Rick ad-libbing a bunch of excited, fourth-wall-breaking lines about Rick and Morty’s adventures to come. Summer tries to chip in here, but she’s quickly, and rudely, told off by her grandpa for “ruining the season premiere.” Despite all of his newfound confidence, Morty still fails to get the girl, instead begrudgingly disappearing through a portal when Rick shows up again at the very end of the episode without even hearing whatever bizarre explanation the scientist has for where it leads.

This repetition adds another layer of meaning to the episode title’s namecheck of the time-loop movie, Edge of Tomorrow. Not only does Rick cycle through various versions of his life in other realities but the episode as a whole riffs off of the show’s own history.

The episode could be interpreted as a soft reboot, almost, which makes sense given the extended break between Season 3 and Season 4. But this is hardly a comforting retread of the past: the themes and premise might be the same but the reversal of roles is a clever reminder of how much the characters have evolved over the past few years. Rick has learned to respect Beth and Jerry’s wishes a little more, while Morty has learned to take charge of his life rather than allow himself to keep getting dragged halfway round the universe by a drunken, nihilistic genius.

New episodes of Rick and Morty air Sundays at 11.30 p.m on Adult Swim.