Pokémon 10 Ways The Gender Of A Pokémon Matters

Pokémon: 10 Ways The Gender Of A Pokémon Matters

The introduction of gender in Pokémon brought about new content in the games, from stats to moves to evolutions.

You Are Reading :Pokémon 10 Ways The Gender Of A Pokémon Matters 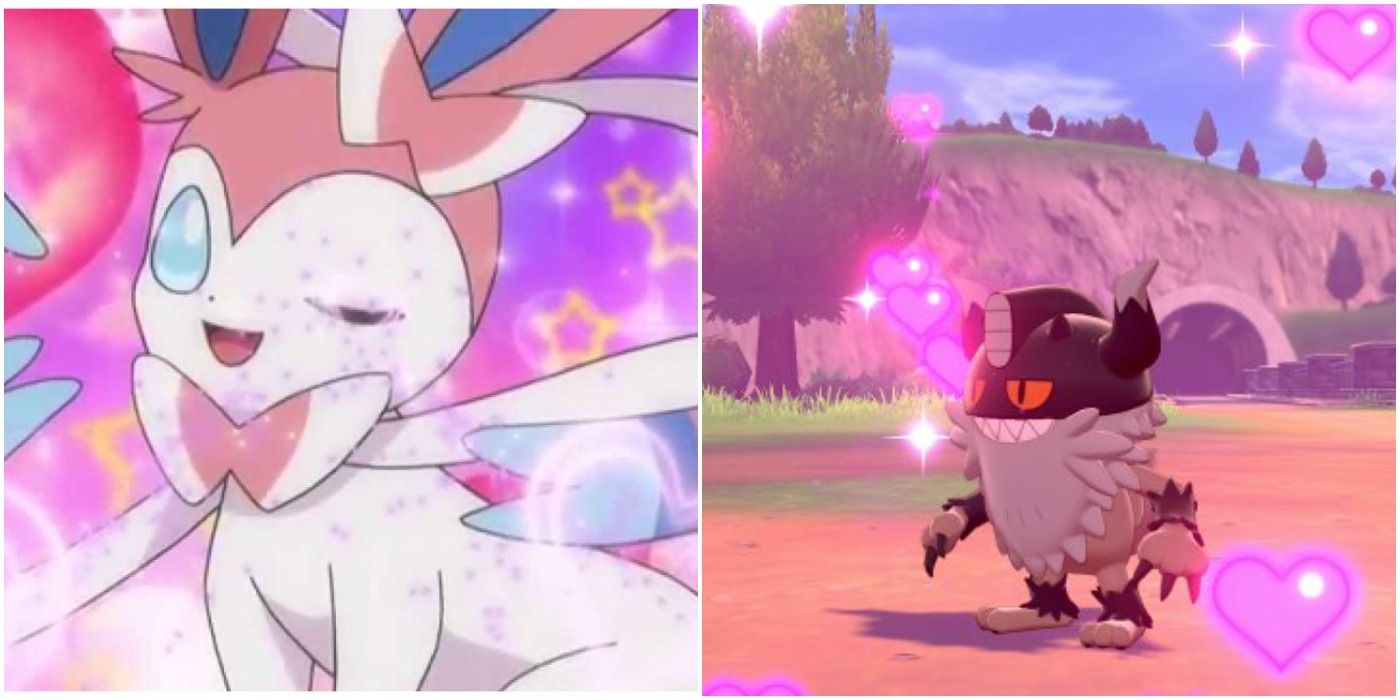 When the very first Pokémon games were released in the 1990s, there were only two explicitly known Pokémon of different genders: Nidoran♂ and Nidoran♀, designated in-game by the male and female symbols after their names. Although some Pokedéx entries mentioned different genders for Pokémon (such as Seaking’s entry in Pokémon Yellow) there was no way for players to know whether Pokémon were male or female at a glance.

But once Pokémon Gold and Silver were released, all Pokémon were explicitly designated as either male or female. This new mechanic opened the door for game developers to create differences between Pokémon genders and even introduce new content to the game based on gender. There aren’t too many differences, so gender in Pokémon is ultimately up to personal choice. Nevertheless, some differences are significant. 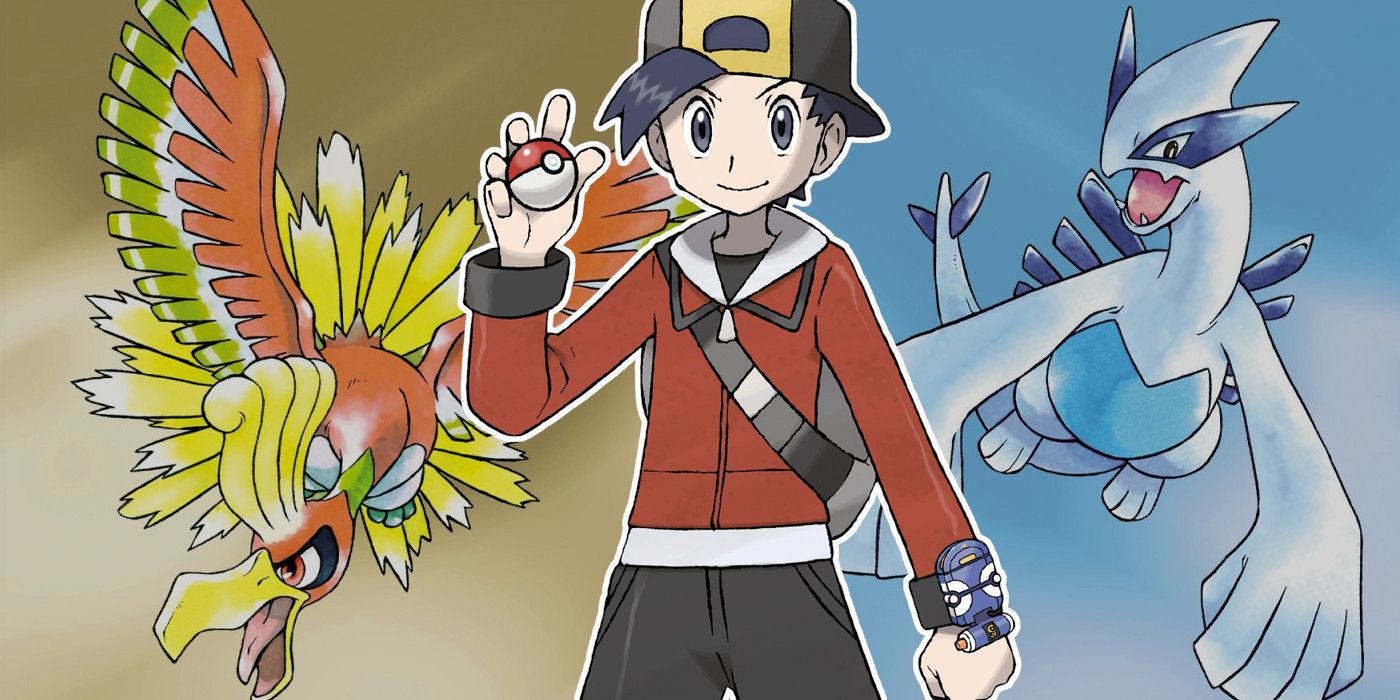 Gendered Pokémon were first introduced in generation II, otherwise known as Pokémon Gold and Silver. At this time, gender was solely derived from a Pokémon’s physical attack IV when compared to its gender ratio. A Pokémon would be designated female if its attack IV was less than or equal to its species’ gender ratio. This meant that only male Pokémon could have maxed physical attack IVs. The only way females could meet this mark was if they came from an all-female Pokémon species, like Jynx or Chansey. 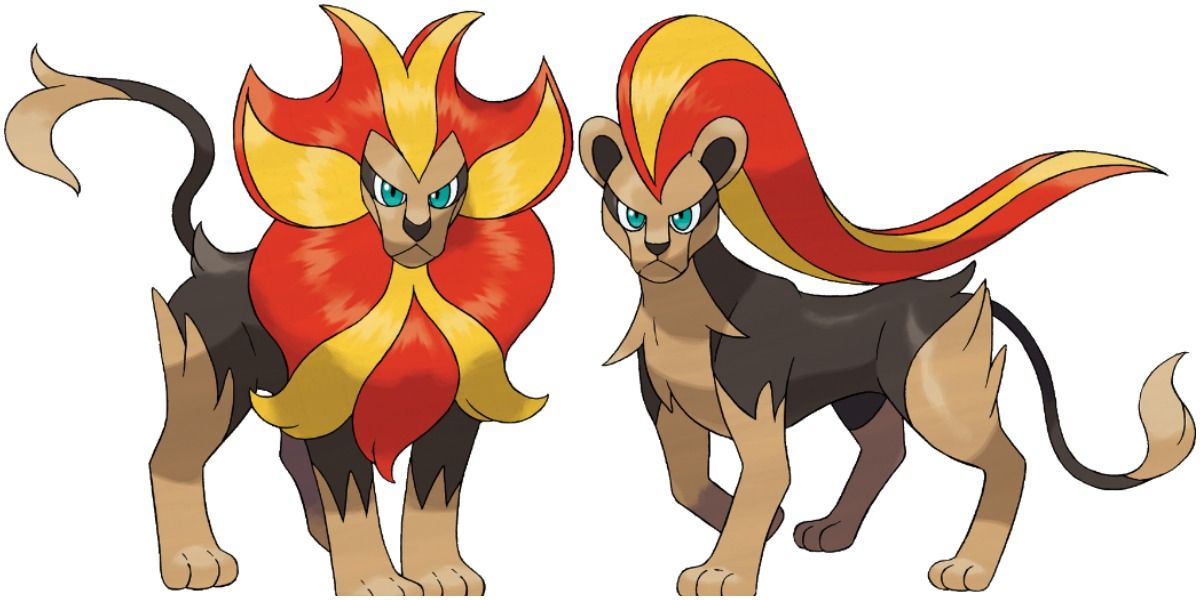 Starting in Pokémon Diamond and Pearl, trainers began to notice subtle differences in their Pokémon depending on what gender they are. The differences were small at first: male Pikachu, for example, have a flat edge on their tails while female Pikachu started to show little notches at the tip of their tails, almost resembling a heart. More noticeable gender differences appeared over time, with Pokémon like Indeedee, Pyroar, and Meowstic having drastically different appearances depending on their gender.

8 Some Pokémon Learn Different Moves & Abilities Based On Gender 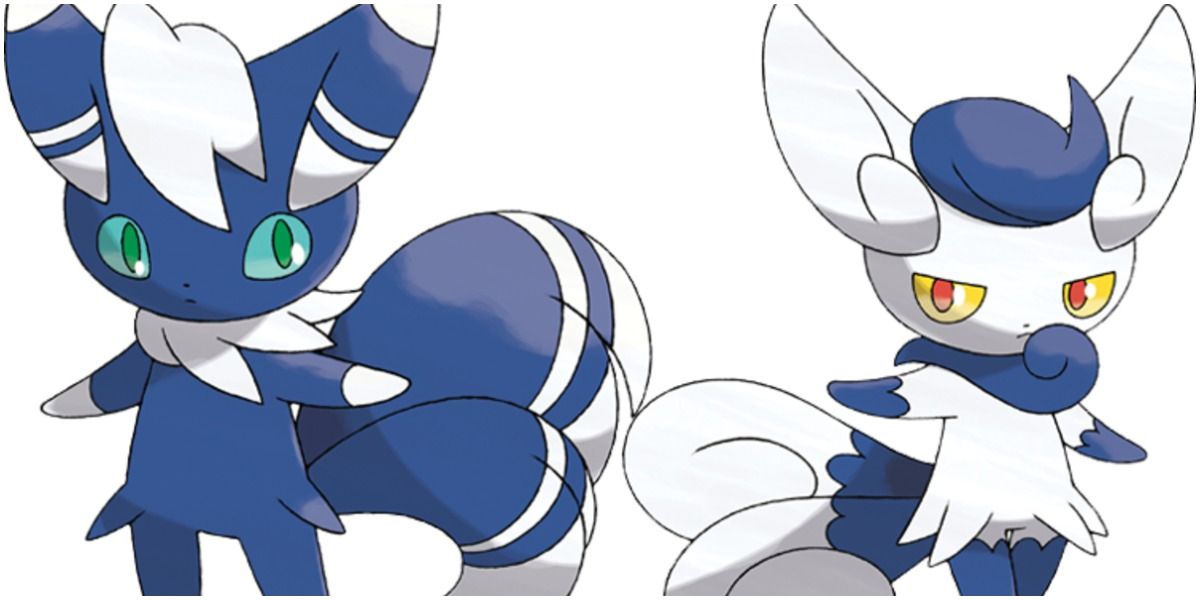 So far, this is only true for two species of Pokémon: Meowstic and Indeedee. This combined with their dramatic gender appearance differences makes Meowstic and Indeedee pretty unique. Male Meowstic have the Hidden Ability Prankster while females have Competitive. Furthermore, only female Meowstic will learn Stored Power, Charge Beam, Extrasensory, Shadow Ball, and Future Sight. Males, on the other hand, will learn Helping Hand, Charm, Imprison, Quick Guard, and Misty Terrain.

Male and female Indeedee don’t have Ability differences, but they do have move differences. What Indeedee have that Meowstic don’t, however, are stat differences between genders. Male Indeedee have higher attack, special attack, and speed, while females have higher defense, special defense, and HP. They each learn different TM and TR moves as well, making them perhaps the most divergent male-female pair of Pokémon after Nidoran♂ and Nidoran♀.

7 Some Pokémon Can Be Only One Gender 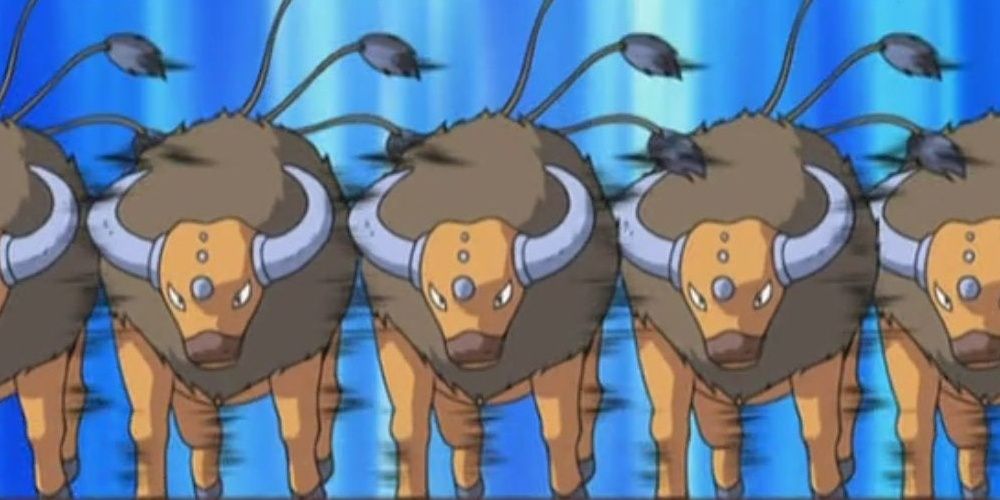 Nidoran♂ and Nidoran♀ have been around since the very first Pokémon game, before gender differentiation, but later generations still have Pokémon that appear as only one gender. Hitmonlee, Hitmonchan, Tauros, Sawk, and Throh are examples of Pokémon that are male-only. Chansey, Kangaskan, Jynx, Miltank, and Hatenna are female-only. Interestingly, Mr. Mime can be either male or female despite the “Mr.” in its name. Turns out that was a translation issue and Mr. Mime was always intended to be either gender.

6 Some Pokémon Evolutions Depend On Gender 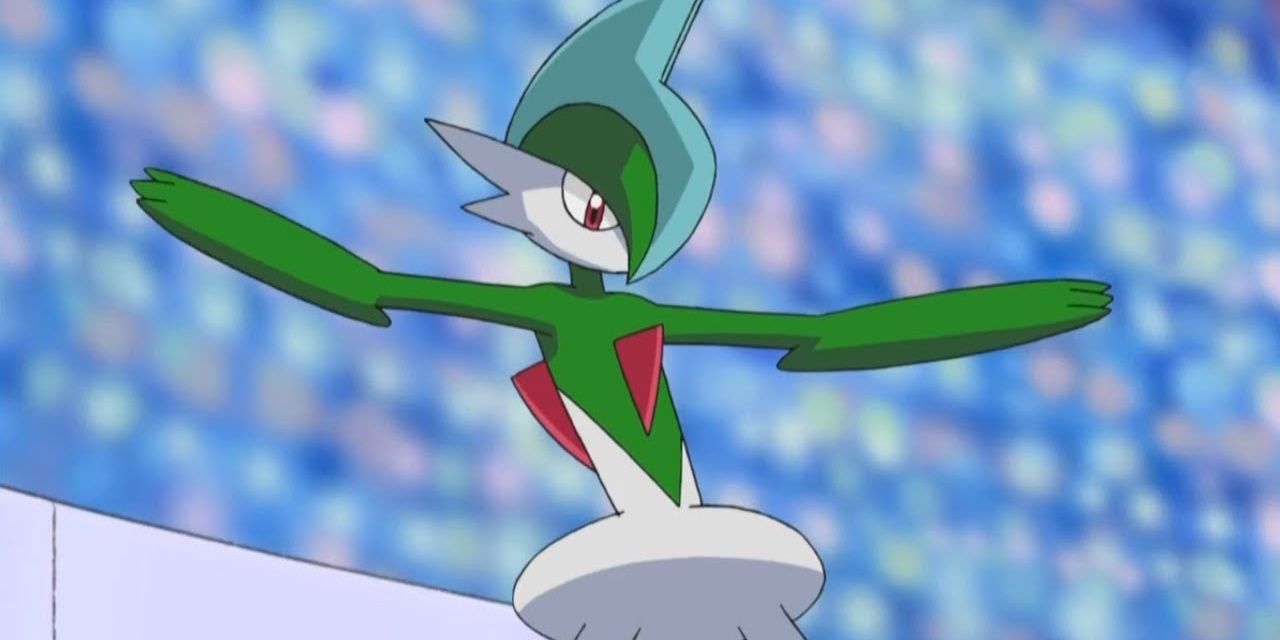 If trainers are aiming to evolve a Kirlia, Snorunt, Burmy, Combee, or Salandit, they better hope they have the right gender, since all of these Pokémon’s evolutions depend on whether they’re male or female. Hoenn region’s Kirlia and Sinnoh region’s Burmy, for example, will have different evolutions depending on their genders: only male Kirlia can evolve into Gallade, while male Burmy will evolve to Mothim and females will evolve into Wormadam. And male Combee and Salandit won’t evolve at all, since only the female forms have evolutions. 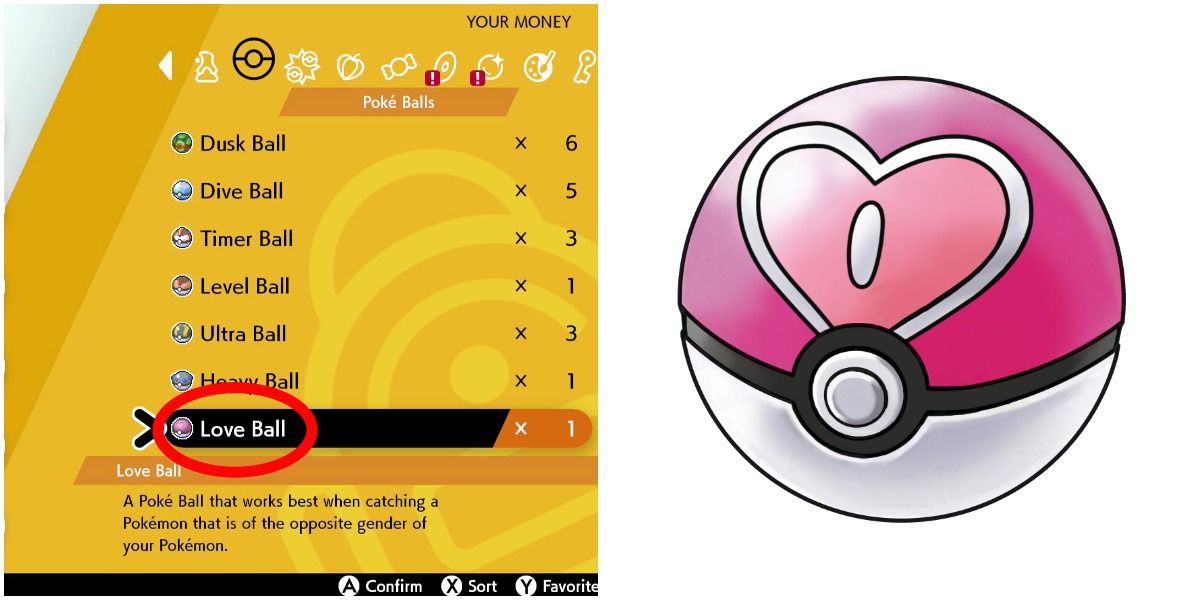 Pokémon Gold and Silver introduced the concept of special Poké Balls that work better or worse depending on various conditions. Some balls made it easier to catch Pokémon in dark places, for example. Love Balls are a type of Poké Ball that are designed to work better if a trainer is facing off against a wild Pokémon that’s the opposite gender of the Pokémon they sent into battle.

Coincidentally, a programming error in the Gold and Silver games actually made the opposite true, and Love Balls worked better against same-gendered Pokémon. The issue was fixed starting with the Ruby and Emerald installment.

4 Some Moves Will Only Work On Opposite-Gendered Pokémon 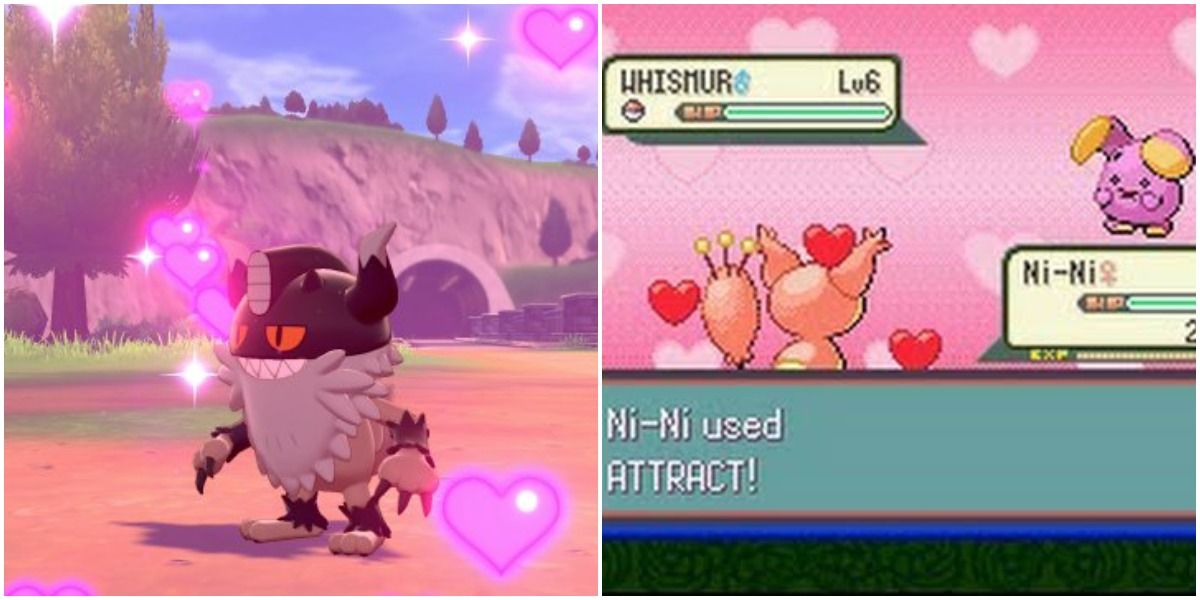 G-Max Cuddle is exclusive only to Gigantamax Eevee and can be a physical-based or special-based move depending on the type of the Normal-type move it’s coming from. Cuddle deals damage and causes all opponents of the opposite gender in battle to become infatuated with the move’s user.

See also  10 Pokémon That Would Win Gold At The Olympics

3 Some Pokémon Abilities Rely On Gender 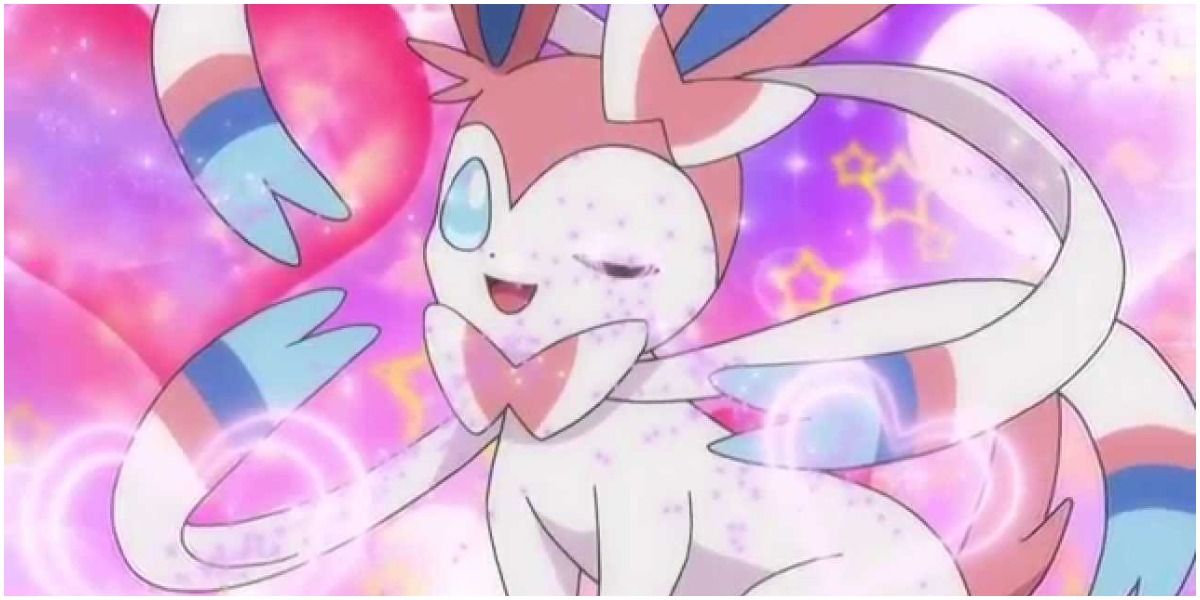 The only other gender-specific Ability is Rivalry. If a Pokémon with the Rivalry Ability squares off against the same gender, their attack power is raised 25%. But if it’s the opposite gender, attack power is reduced by 25%. 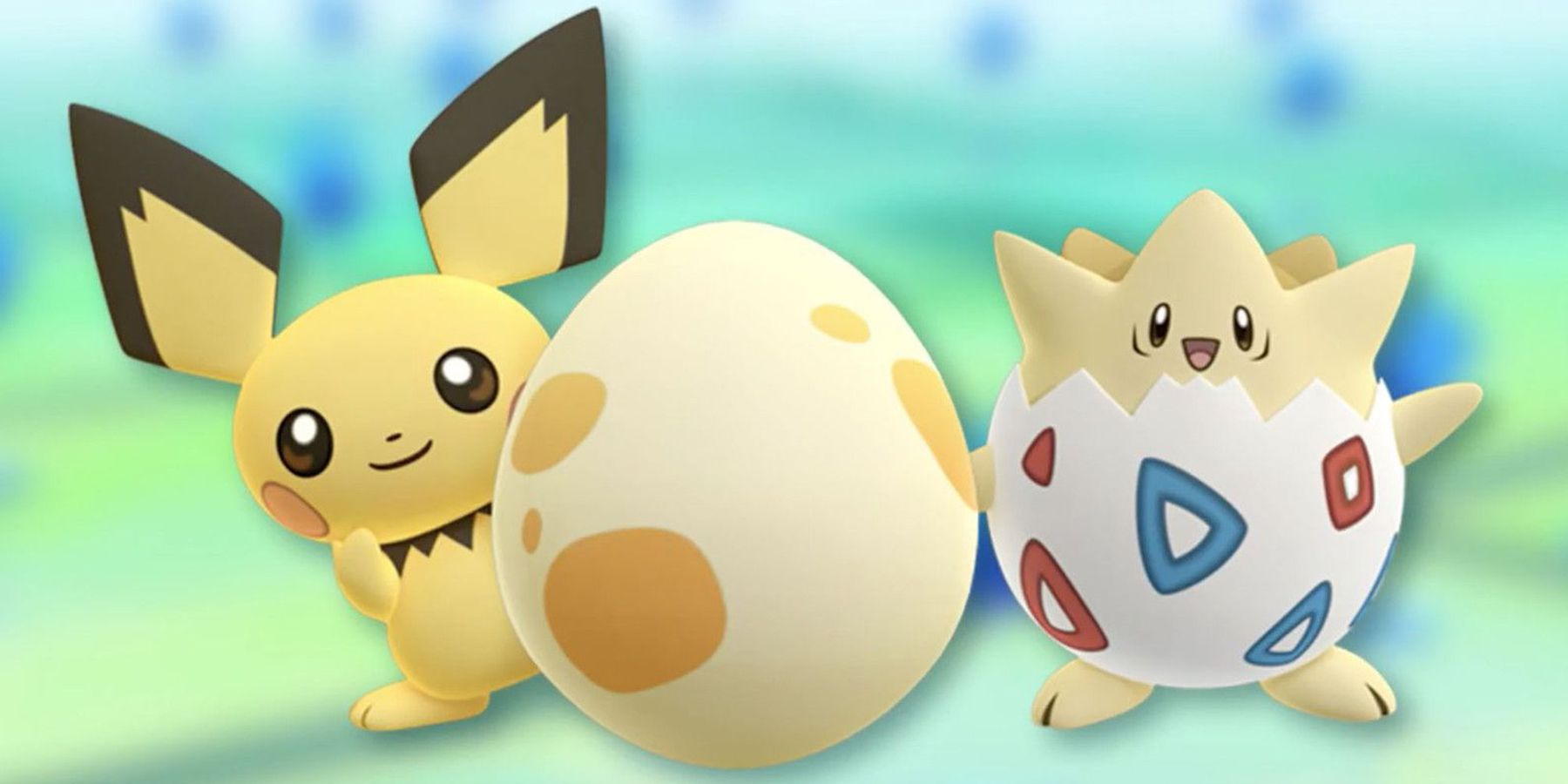 Pokémon breeding is a complicated process, which is why most trainers choose to use Ditto as breeding stock instead of matching male-female pairs of Pokémon. Not only do egg groups determine whether two Pokémon will be able to produce offspring, but they also need to like each other in order for breeding to occur.

Moreover, due to gender ratios, some Pokémon appear as male or female less frequently, making it difficult to breed if trying to do so with male-female pairs. Starter Pokémon, for example, usually appear as male, making them harder to breed.

1 Nearly Every Pokémon Has A Gender Ratio, Which Affects Encounter Rates 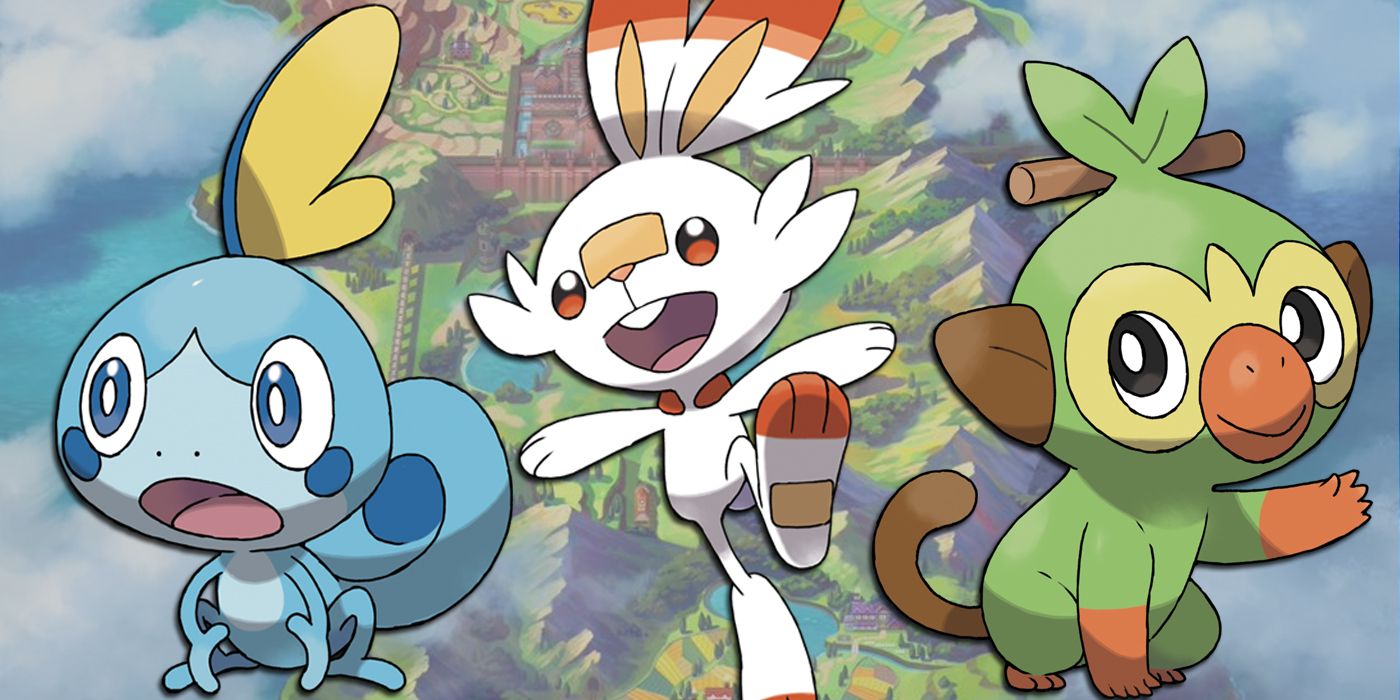 Any Pokémon with a stated gender (barring non-gendered and both Nidoran species) will have a gender ratio that determines which gender you will encounter either in the wild or when hatching eggs. Interestingly, the gender ratio has changed a bit between Pokémon games. Generations III to V, for example, erroneously determined ratio based on a Pokémon’s personality value. This bug was fixed in Generation VI and now Pokémon are more likely to appear as the more common ratio, depending on the game’s data for each Pokémon.