Ultra Beasts are a group of powerful Pokémon that come from another dimension. They display different levels of strength and power.

You Are Reading :Pokémon 10 Strongest Ultra Beasts In The Anime Ranked 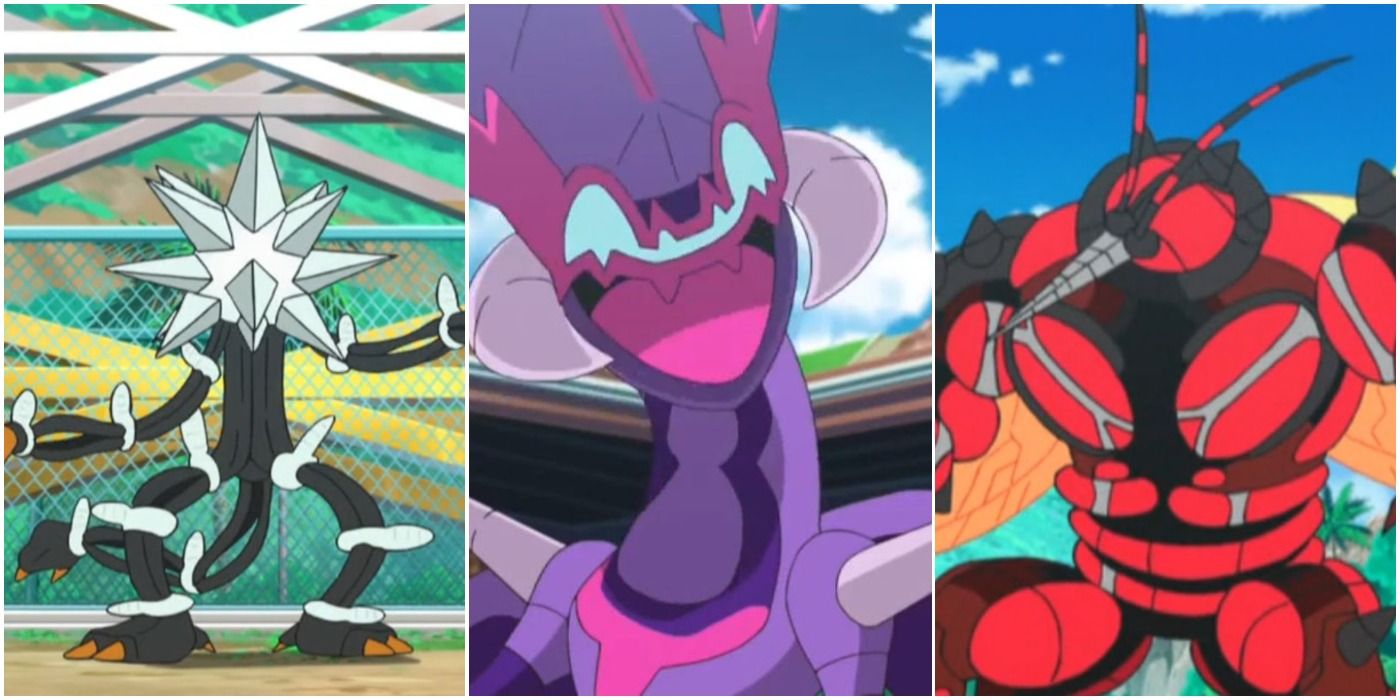 In the Pokémon Sun & Moon adventures, when Ultra Beasts begin to appear through Ultra Wormholes, Ash and his friends from the Pokémon School are tasked with becoming Ultra Guardians. They must respond to Ultra Beast sightings, make sure they don’t cause too much damage, and then return them to their home.

While Ultra Beasts are treated like Legendary Pokémon in the games, they don’t all get to showcase their power and strength in the anime. Some are certainly looking for a fight but others just want to find a way home.

Celesteela is introduced in “Rise and Shine, Starship,” where it is discovered by chance by Sophocles. It turns out that it has been in Alola for 200 years, having arrived through a naturally fabricated Ultra Wormhole.

The Ultra Guardians try to catch it but it is rooted too deeply into the ground. They quickly establish that Celesteela is preparing to take off and take precautions to protect everyone and their surroundings from the blastoff. Celesteela doesn’t actually fight in the anime, but when it takes off, it literally blows Team Rocket away immediately.

Stakataka is an Ultra Beast that only really showcases its strength when disgruntled by things or people being on top of it. It is a mostly docile Ultra Beast and it mainly just wants to rest and go back home.

Ash eventually manages to get on top of it and ride out Stakataka’s rampage, eventually gaining its respect, calming it down, catching it, and returning it home through the Ultra Wormhole.

8 Blacephalon Liked To Explode But Didn’t Hurt Anyone 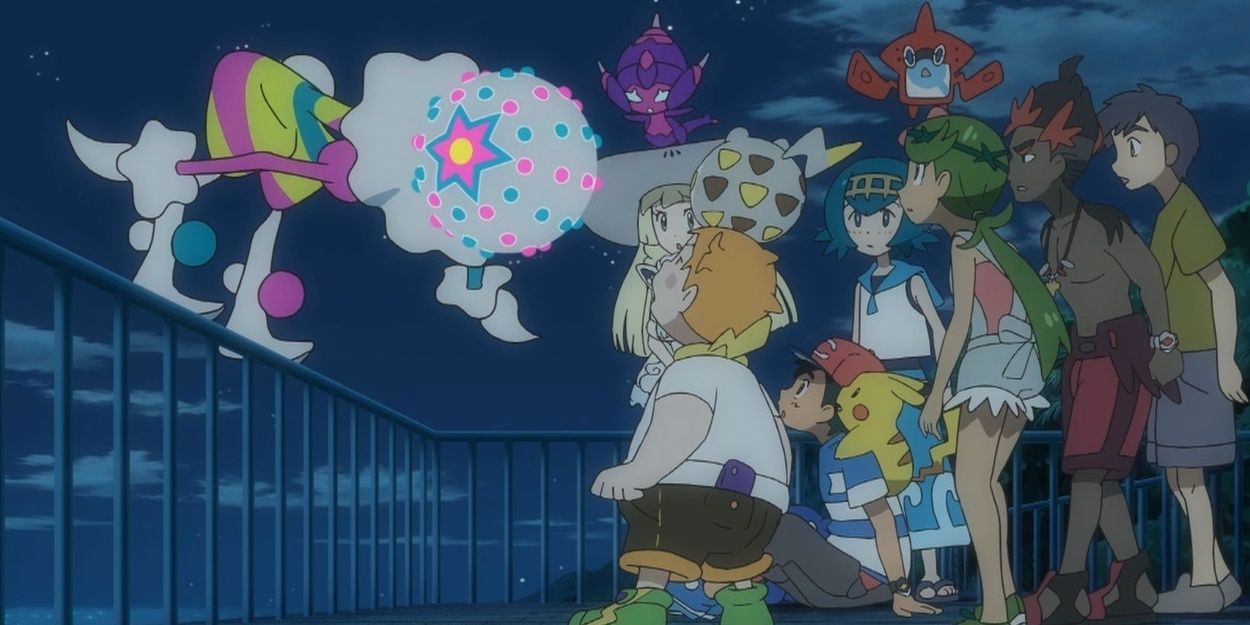 Alongside Xurkitree, Blacephalon appears in “Twirling with a Bang!” It can seemingly pack a punch with explosive moves but it decides to focus all of its attention on competing with Xurkitree in what can only be described as a fireworks display contest.

Both Ultra Beasts are eventually distracted by the Ultra Guardians, then captured and sent back through the Ultra Wormhole. Its strength can be gauged easier in the games, as it doesn’t actually get involved in any battles in the anime.

The Ultra Guardians come across Xurkitree in “Twirling with a Bang!” as it is seemingly feeding on the electricity being supplied in the surrounding area, absorbing it. It seems capable of releasing large amounts of electric energy and could be dangerous in a battle.

Ultimately, however, it instead decides to focus its energy on competing with Blacephalon, putting on an explosive firework display. Ash puts a stop to the performance by having Lycanroc use a Z-move, and the Ultra Guardians proceed to catch the two Ultra Beasts.

6 Pheremosa Was Quick & Cunning, But No Match For Bewear In Combat

Pheremosa is lightning quick and mischievous, going around and stealing everybody’s Z-crystals in “Beauty is Only Crystal Deep!” It is believed to be seeking the crystals as it is attracted to the energy that they emit.

Pheremosa is strong enough to beat a strong and respected trainer like Kahuna Hala and his Hariyama but ends up losing to Team Rocket’s host and protector, Bewear in an intense bout. It is subsequently captured by the Ultra Guardians and sent back home. Pheremosa is not very physically strong despite having heavy kicks and mostly relies on the speed of strikes.

5 Buzzwole Was Powerful But Really Just Wanted To Show Off 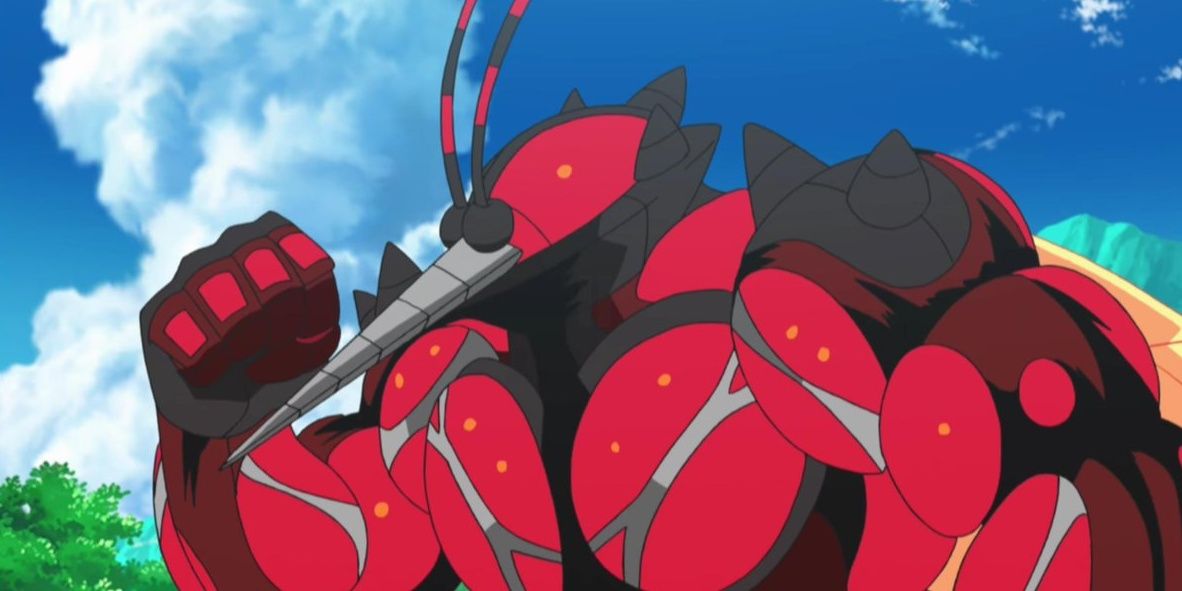 Buzzwole’s considerable size and strength make it a formidable opponent. In “A Mission Of Ultra Urgency,” Ash and friends are tasked with capturing it when it arrives through the Ultra Wormhole. As they arrive, Buzzwole is seen sucking energy from a Snorlax to restore its strength, and Pikachu gets launched high into the sky by the Ultra Beast.

Ultimately it just wants to show off its body, and it gets distracted by Ash and Kiawe flexing and making poses, allowing for it to be caught easily. It also fights Bewear, which is a general gauge of how strong an Ultra Beast is. It is close to overpowering Bewear before the latter decides to flee with Team Rocket.

4 Kartana Cut Its Way In, Saved The Day, & Left Again 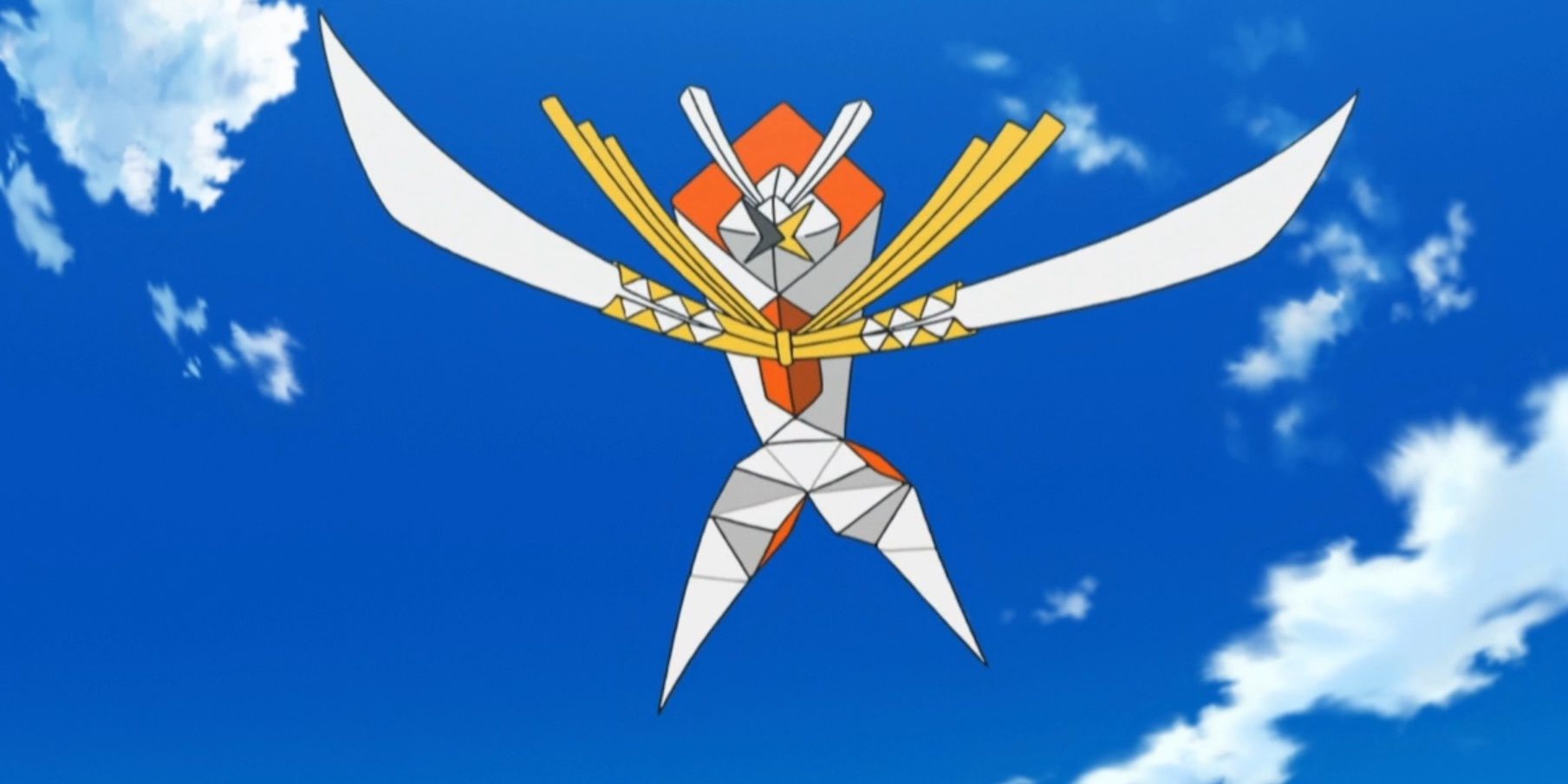 In Pokémon Sun & Moon, not all of the Ultra Beasts opt for violence. Kartana’s strength and power are immediately showcased in “Living on the Cutting Edge!” when it literally cuts its own Ultra Wormhole Rift. It proceeds to go around cutting things but nothing too dangerous, and it even gives some Pokémon a makeover at a local salon.

When a meteor suddenly appears to be heading for the Pokémon School, panic ensues. However, Kartana easily saves the day by cutting it into several pieces. Kartana is one of few Ultra Beasts that didn’t need to be captured in order to go back home, as it simply sliced a rift once more. 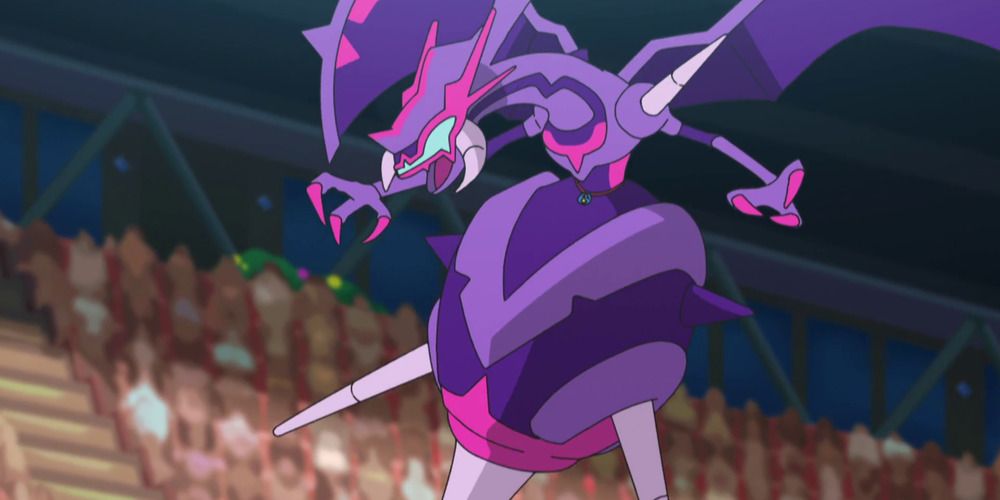 Naganadel is the evolved form of Poipole, a mysterious Ultra Beast that joined Ash’s team in the Sun & Moon adventures. It reunites with Ash just in time to join his team for the Alolan Pokémon League.

When Ash faces Professor Kukui in a post-championship exhibition 6-on-6 match, Nagenadel defeats Kukui’s Lucario which is no small feat in itself and only just comes up short against Tapu Koko. Nagenadel effectively combines agility and sheer power, making it a valued albeit late addition to Ash’s team.

2 Nihilego Was Sinister & A Genuine Threat

One of the more hostile Ultra Beasts, it is revealed that Nihilego attempted to kidnap Lillie when she was younger, and after having her memories wiped, ultimately resulted in her fear of being close to Pokémon.

In “Faba’s Revenge!” another Nihilego appears and, despite aiming for Lillie, ends up capturing and merging with her mother, Lusamine. Its control over her seemed to warp her mind and change her personality, but after Ash and Pikachu use a Z-move on it, Lusamine is freed. Nihilego resembles a jellyfish, but its interest in humans and ability to merge with them make it a very strong and ominous Ultra Beast.

1 Guzzlord Was A Destructive Force Every Time One Appeared

Several Guzzlord appear throughout the series, but the theme remains the same each time: destruction. In “Battling the Beast Within!” Ash and Pikachu are attacked by a Guzzlord, before being saved by a guy called Dia whose homeworld had been affected by Guzzlord’s destruction.

More Guzzlord appeared toward the end of the Alolan Pokémon League, including two shiny versions of the Ultra Beast. In “Enter the Champion!” and “Z-Move Showdown!” everyone is battling against various Guzzlord. Bewear, who normally overpowers any foe it faces, is struggling against one Guzzlord before Team Rocket saves the day. In the end, it takes everyone using Z-moves to rid the Manalo Stadium of Guzzlord, a testament to how strong this Ultra Beast is in the anime.