With Naruto & Sasuke as teammates, it might seem impossible for Sakura to keep up. However, there are a few times when her successes go unnoticed. 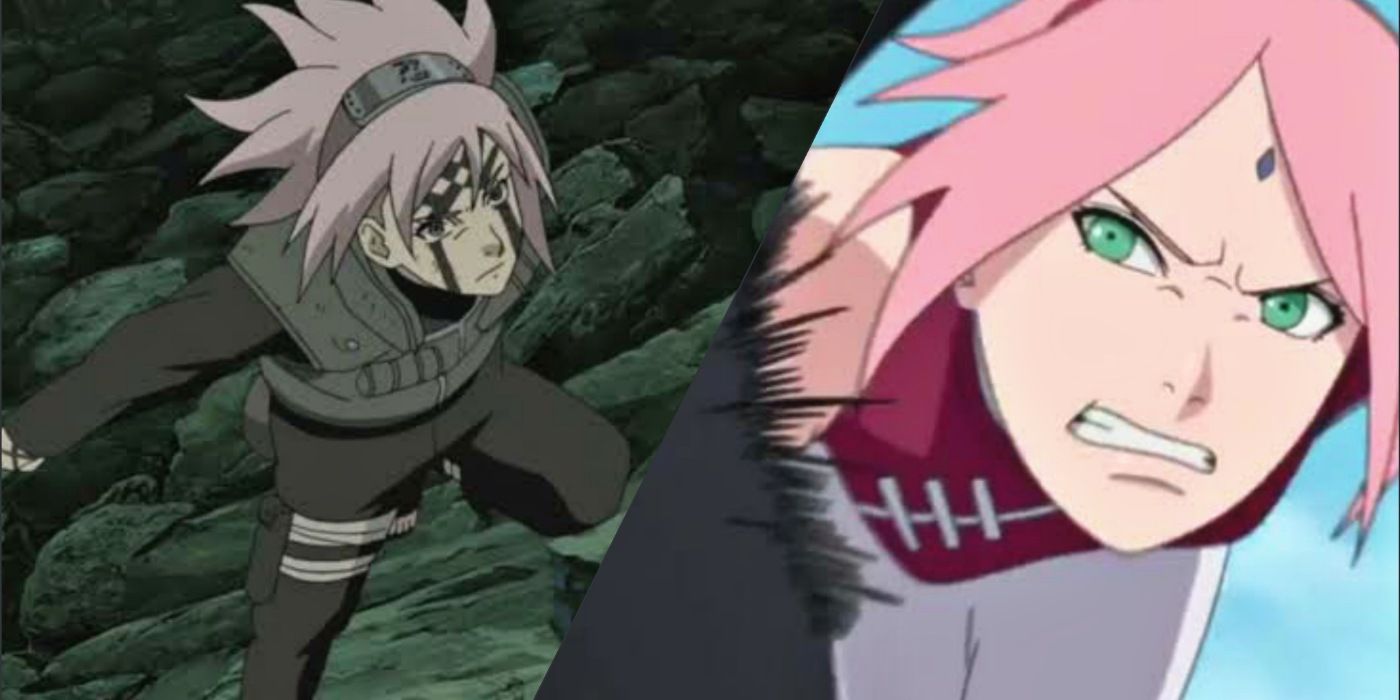 Sakura Haruno is one of the main characters in Masashi Kishimoto’s Naruto. Although her start to her journey as a ninja didn’t paint her to be exceptional, her hard work through the years eventually paid off and made her one of the strongest ninja alive.

As a member of Kakashi’s Team 7, Sakura is crucial to the story, but unforunately for her, her character was not focused on nearly as much as her teammates Naruto Uzumaki and Sasuke Uchiha. Consequently, Sakura and her many amazing feats often went unnoticed, and she didn’t get the full credit that she truly deserved. 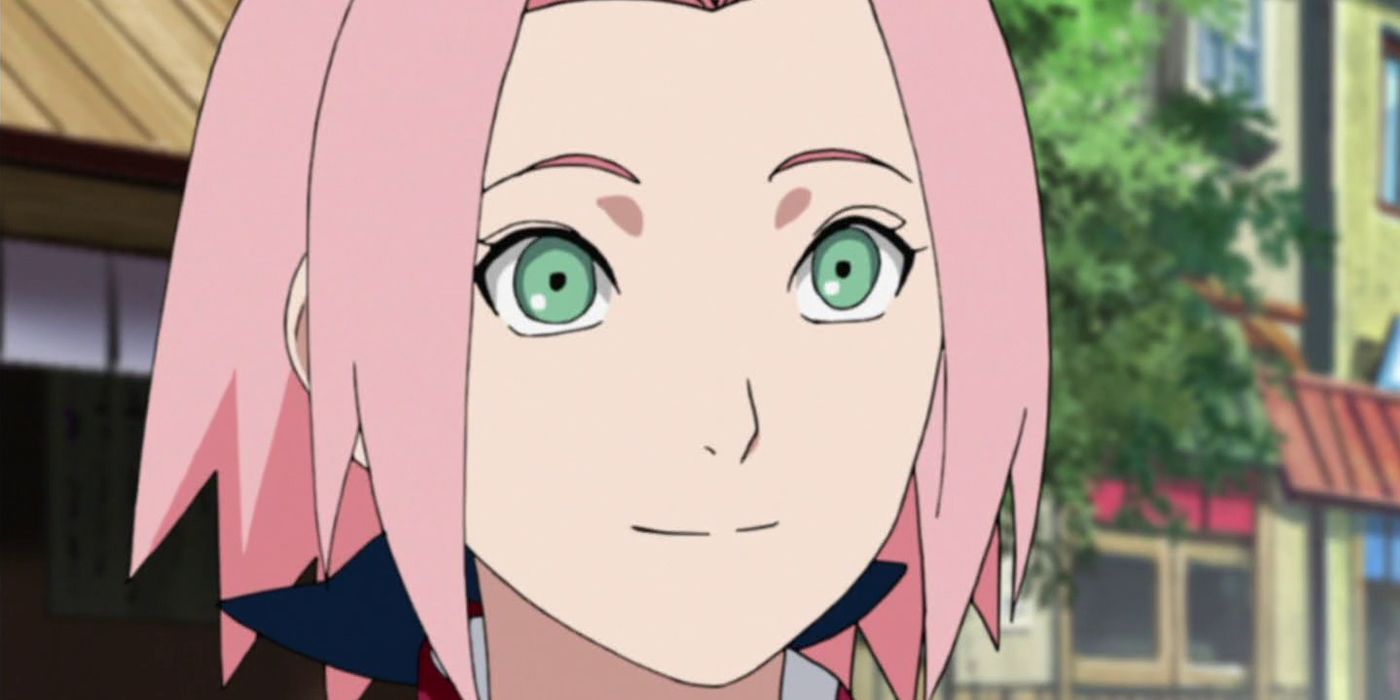 At the beginning of the Naruto series, Kakashi Hatake trained Team 7 in the art of chakra control. While Naruto and Sasuke both had great potential, it was Sakura who excelled at this skill the most. For her, controlling chakra came far more naturally, as noted by Kakashi himself. Unfortunately, Sakura’s incredible feat of chakra control was quickly overshadowed by Naruto and Sasuke’s training to achieve the same feat despite her doing it effortlessly. 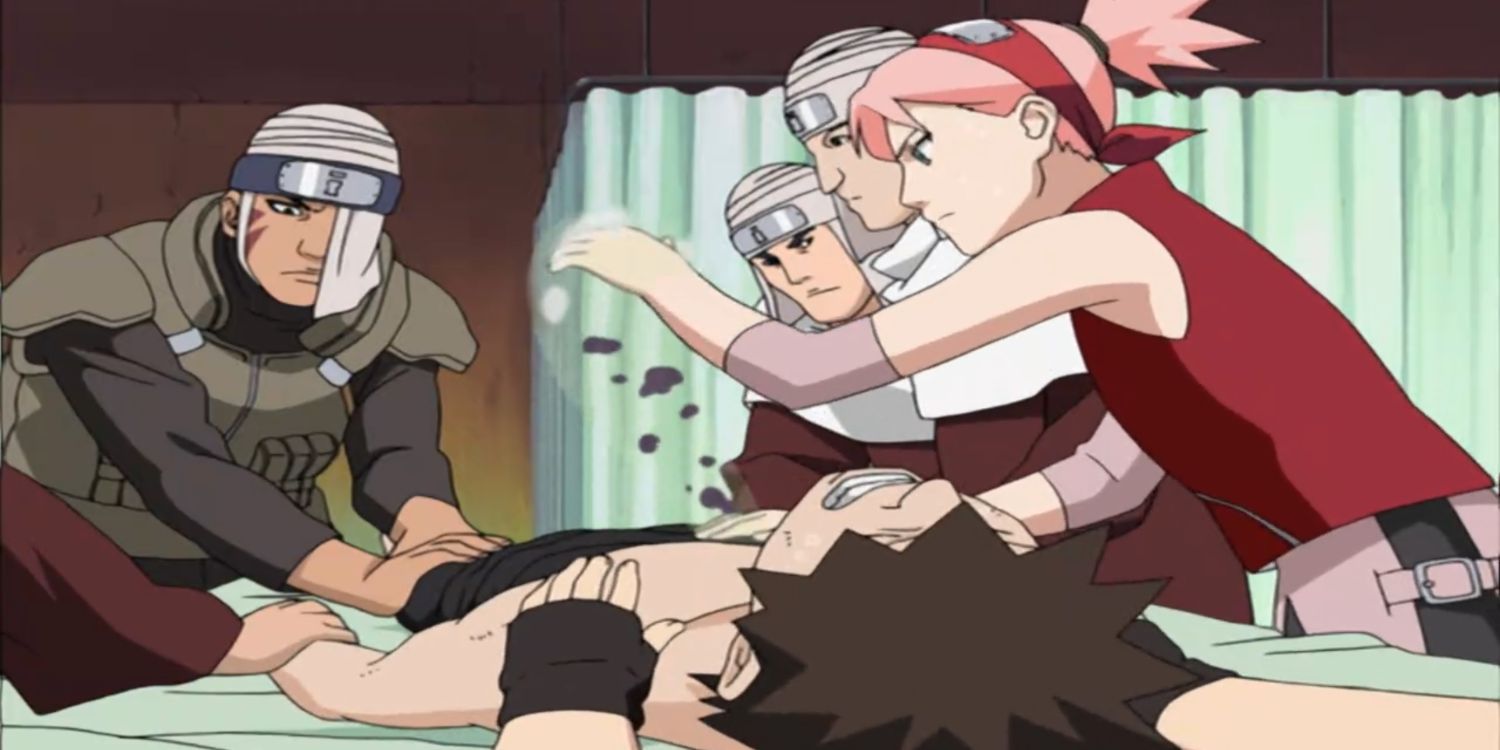 Toward the end of the first part of the Naruto series, Sakura asked one of the Legendary Sannin, Tsunade Senju, to train her in ninja arts. Under Tsunade, she gained the ability to use medical ninjutsu to an advanced degree, as seen when she saved Kankuro from inevitable death. Using her skills, Sakura was able to extract all the poison within Kankuro’s body, which surprised even Chiyo, a legendary ninja herself.

8 When She Created The Antidote To Sasori’s Poison 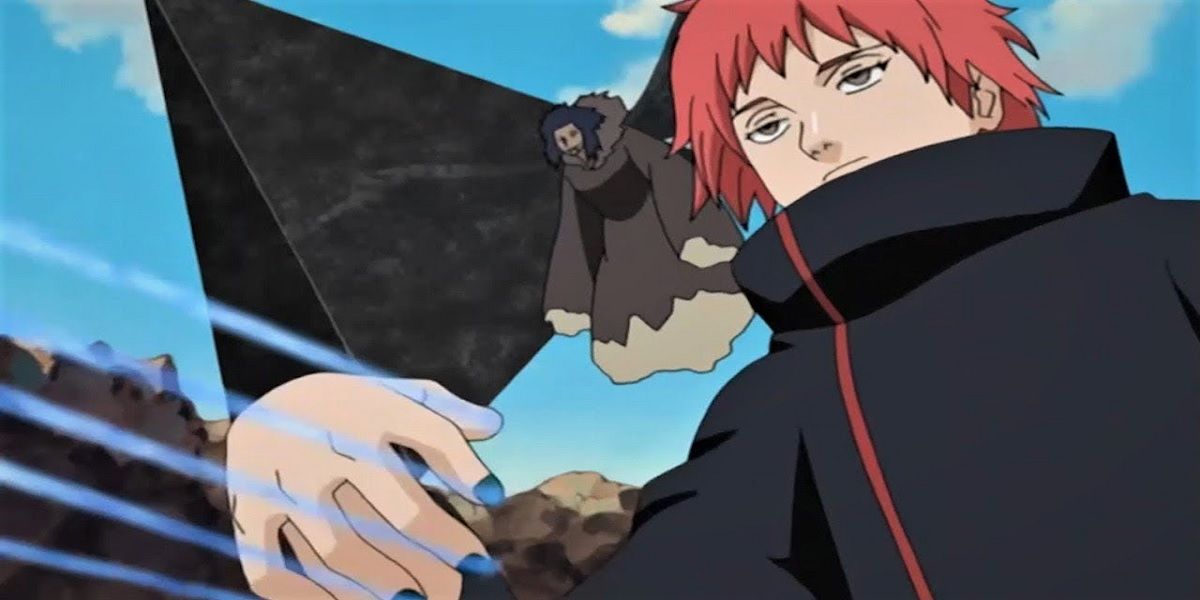 While treating Kankuro, Sakura understood the nature of the poison that Sasori had used and, surprisingly, came up with an antidote for it despite not having a lot of time to study it. Sakura’s incredible knowledge allowed her to create enough to take Sasori on in combat, and it was only because of this that she and Chiyo were ultimately able to defeat and kill Sasori. Had it not been for Sakura, Sunagakure would’ve lost their Kazekage along with an elder of the village. 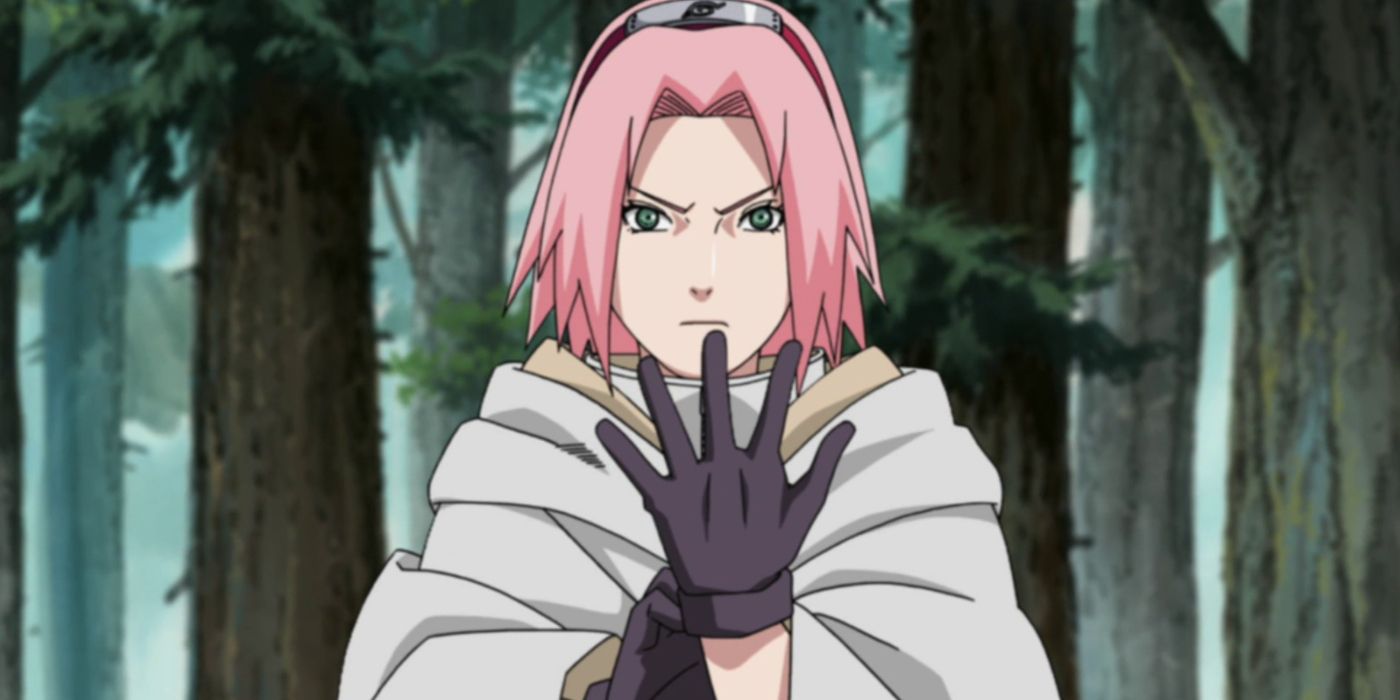 Sakura realized that Sasuke was a criminal who was beyond redemption even before Naruto did. While the latter was carrying the burden on his own, Sakura decided to kill Sasuke despite being in love with him.

As expected, she failed to accomplish the task, but her attempt to do it was praiseworthy, nonetheless, especially when the likes of Naruto wouldn’t consider it even if it meant protecting people from Sasuke’s wrath. Sakura’s compassion for all the others Sasuke put at risk was great enough for her to consider this.

The White Zetsu, although not all that powerful, created all sorts of trouble for the Allied Shinobi Forces during the Fourth Great Ninja War, thanks to their ability to take the appearance of other people. Just like many others, Sakura was a ninja the White Zetsu tried their luck on. However, thanks to her incredible ability of deduction, Sakura was able to tell apart the fake Neji from the real one. Unfortunately, she went unnoticed once again because of all the major happenings in the war. 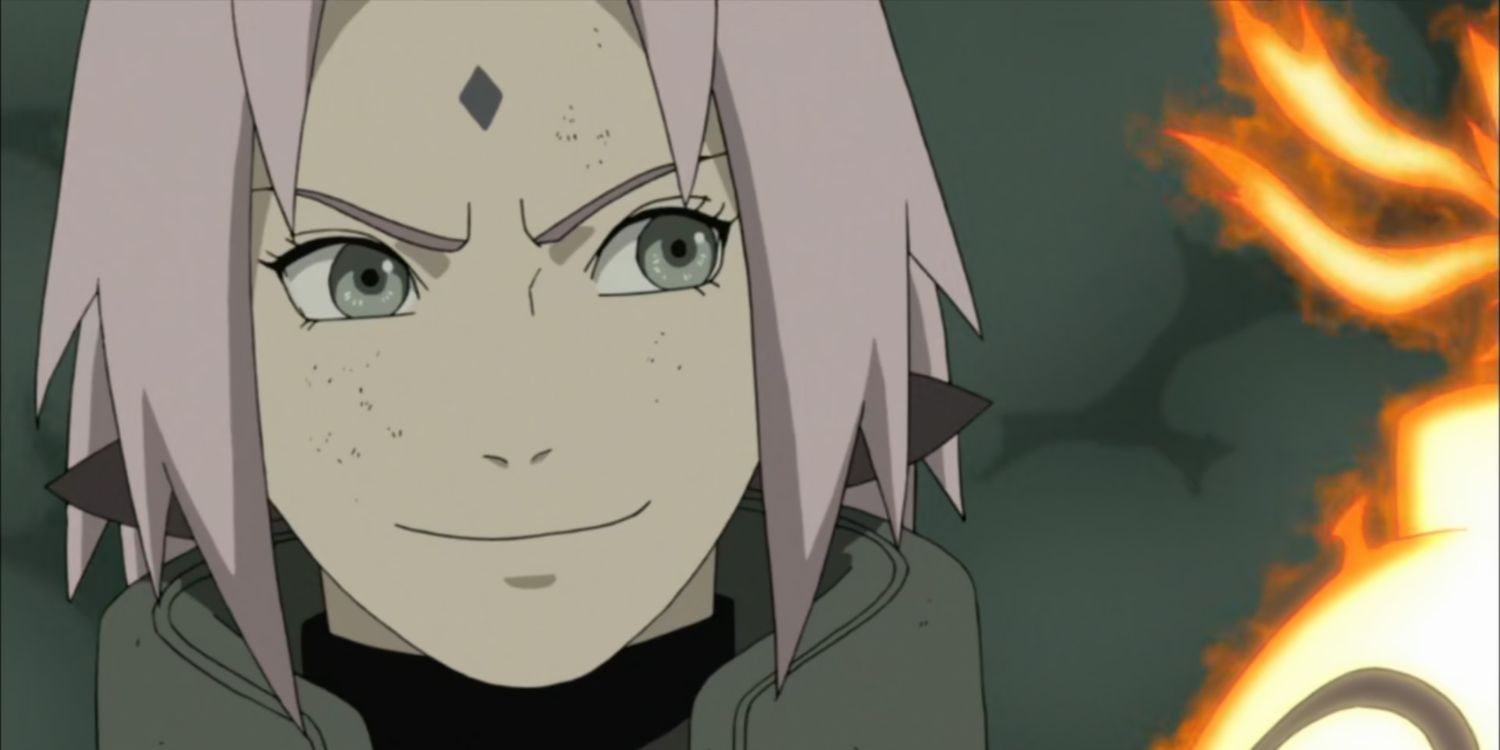 Thanks to her mastery of medical ninjutsu over the years, Sakura was able to achieve the pinnacle of her power during the Fourth Great Ninja War and awaken the Byakugou seal. Using it gave her the ability to continuously heal any damage that she took in battle by accelerating cell division. When used by Tsunade, this technique was great enough to heal Susanoo’s sword stabs. Meanwhile, Sakura could take severe injuries from Madara Uchiha and heal them within seconds, just like Hashirama Senju. 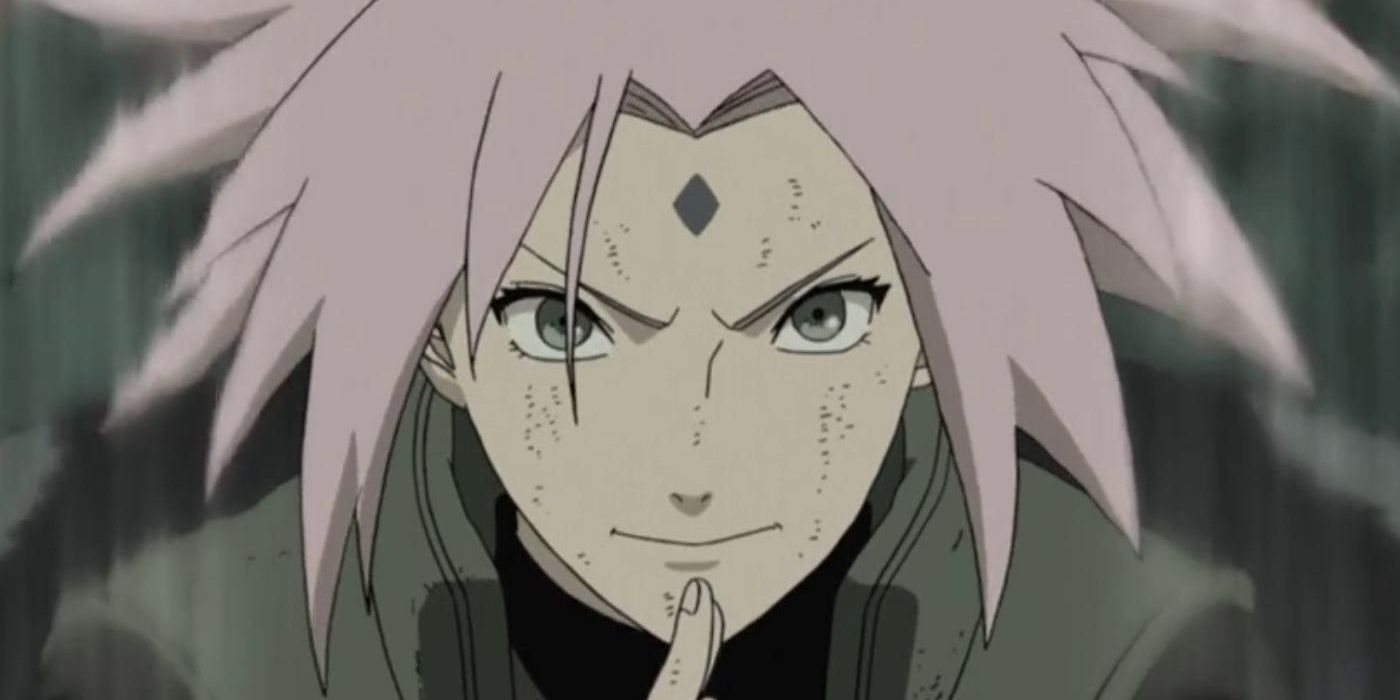 Sakura’s skill as a ninja kept growing throughout her journey in the Naruto series, and by the end of the Fourth Great Ninja War, she had surpassed Tsunade, the Fifth Hokage and one of the Legendary Sannin.

While Tsunade’s old body gave her severe drawbacks of using the power of the Byakugou Seal, Sakura was able to maintain her powers and faced no drawbacks. Furthermore, Sakura also demonstrated the skill to pass on this power to others, as seen when she used her chakra to channel Obito’s Kamui.

3 When She Saved Naruto From Imminent Death 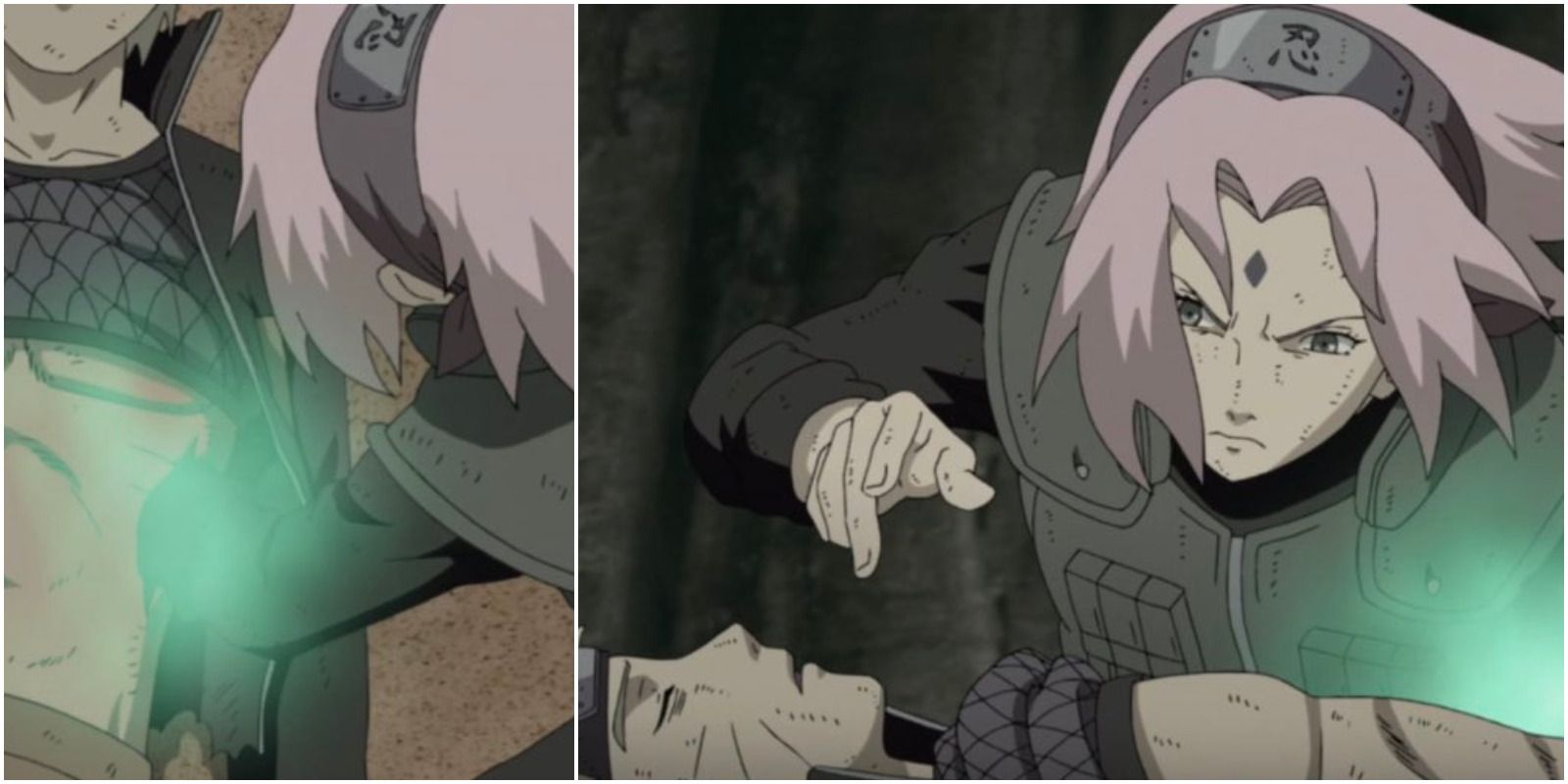 Naruto was one of the victims of Madara during the Fourth Great Ninja War as he had the Nine-tails extracted from his body. As a Jinchuriki, this meant that Naruto was going to die. However, Sakura was able to keep his heart beating long enough to save his life using her advanced medical skills. Later, Minato and Obito helped transfer the Nine-Tails into Naruto and restore him back to full strength.

2 When She Helped To Defeat Kaguya Otsutsuki In The War

One of Sakura’s biggest contributions in the entire series was her role in sealing Kaguya Otsutsuki. Alone, Naruto and Sasuke were unable to defeat Kaguya, and they needed Kakashi and Sakura’s help. While Kakashi injured Kaguya, Sakura cut off her escape route and broke one of her horns with a powerful punch, allowing Naruto and Sasuke to use Six Paths: Chibaku Tensei to seal her away.

1 When She Gained Extremely High Resistance To Genjutsu 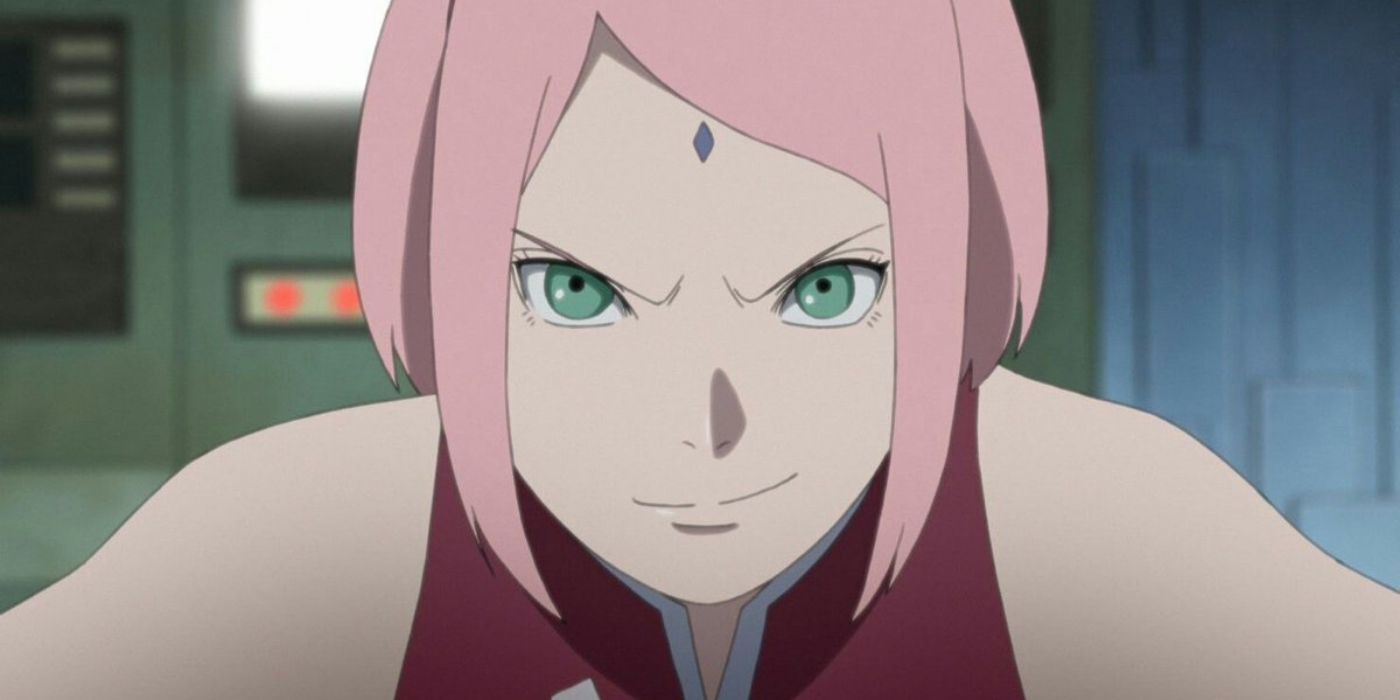 Sakura remains to be one of the most versatile ninja in the Naruto series. Not only does she possess great fighting capabilities and extremely impressive skills with medical ninjutsu, but she is also resistant to genjutsu. This was seen in The Last: Naruto the Movie, when Naruto was caught in a genjutsu trap while Sakura resisted it with her skill. She spent three days pouring her chakra into Naruto to keep him from dying following this.