Dungeons & Dragons Why Parties Should FEAR the Chromatic Dragons

Dungeons & Dragons: Why Parties Should FEAR the Chromatic Dragons

The chromatic dragons of D&D are among the most dangerous enemies a party can come up against. Here’s what you need to know about them.

You Are Reading :Dungeons & Dragons Why Parties Should FEAR the Chromatic Dragons 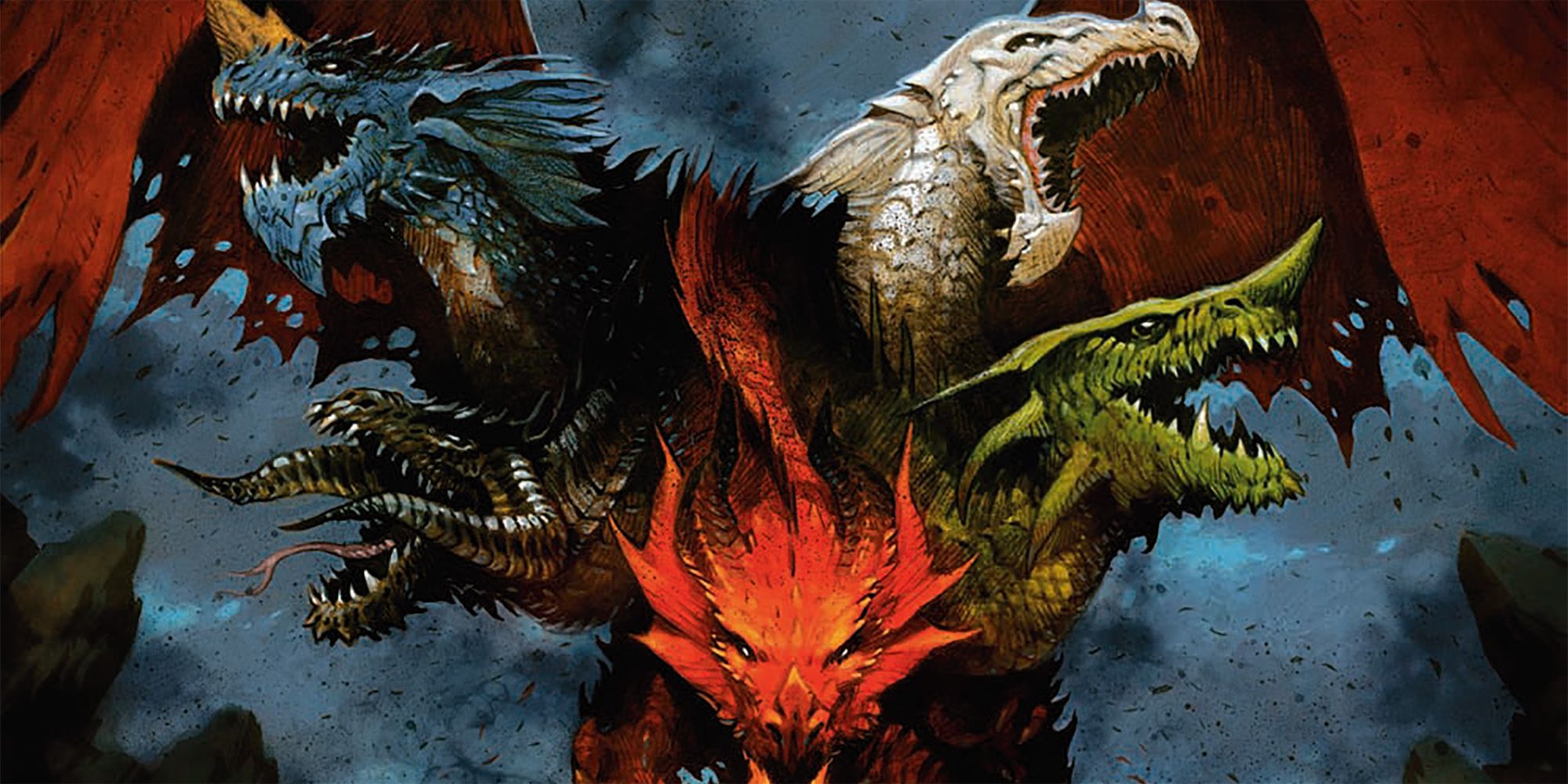 In Dungeons & Dragons, chromatic dragons are among the most dangerous monsters a party can stumble across. Those who study them know that they are some of the most powerful and evil creatures. Chromatic dragons are the dark, evil antithesis to metallic dragons, providing balance to the altruistic and righteous nature of their counterparts.

There are nine types of chromatic dragons, though five are far more common than the rest. Each possesses unique powers and distinct fighting styles, but they do share one common attribute: they are almost always evil. The five chromatic dragons colors parties are most likely to encounter are red, blue, black, green and white. The majority of them worship the five-headed dragon goddess, Tiamat, and each of her heads represents one of these colors.

Driven by greed and vanity, red dragons are usually the largest and most powerful chromatic dragons. Due to their size and power, their immense confidence lends to a brash nature that often prompts them to make decisions and take action without careful thought — which is one of their few weaknesses. Red dragons care about nothing beyond their own well-being and the expansion of their massive treasure hoards. Generally dwelling in mountainous regions, they thrive on destruction, chaos and ruin, which they often perpetuate with their powerful fire breath weapon. 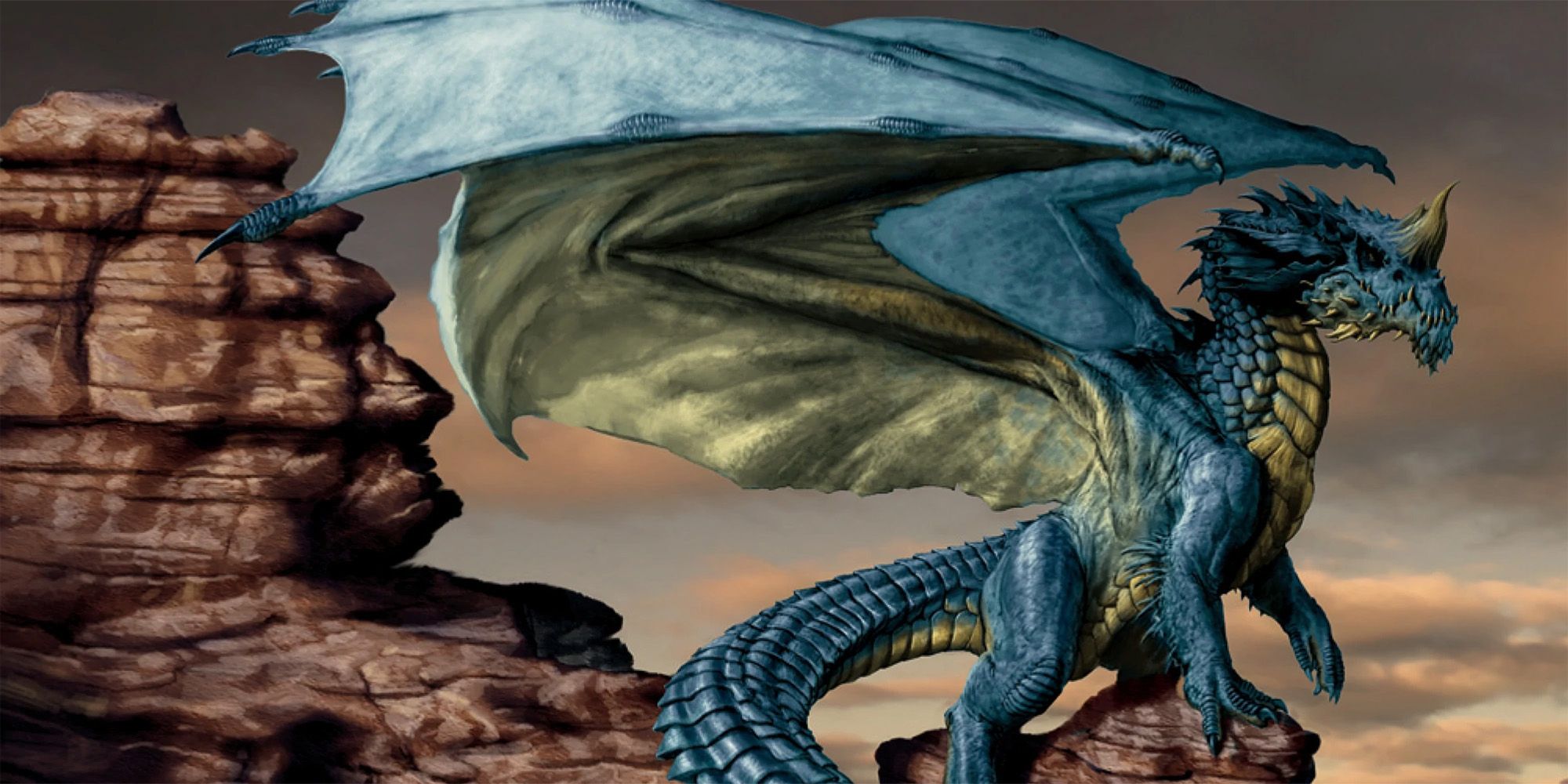 Also known as storm dragons, blue dragons are the second most powerful of the chromatics. One of the strangest and most unique dragon types, blue dragons are incredibly skilled when it comes to creating hallucinations, which they use to manipulate enemies or lead them astray in the deserts and wastelands where they establish their lairs.

Lawful evil in their alignment, blue dragons prefer mockery and manipulation over outright cruelty. They also favor aerial combat, spending their days soaring over the vast and endless landscape surveying the open expanse for enemies and opponents to manipulate. Aerial combat also enhances their powerful electric breath weapon, which they rain down upon their enemies like lightning. 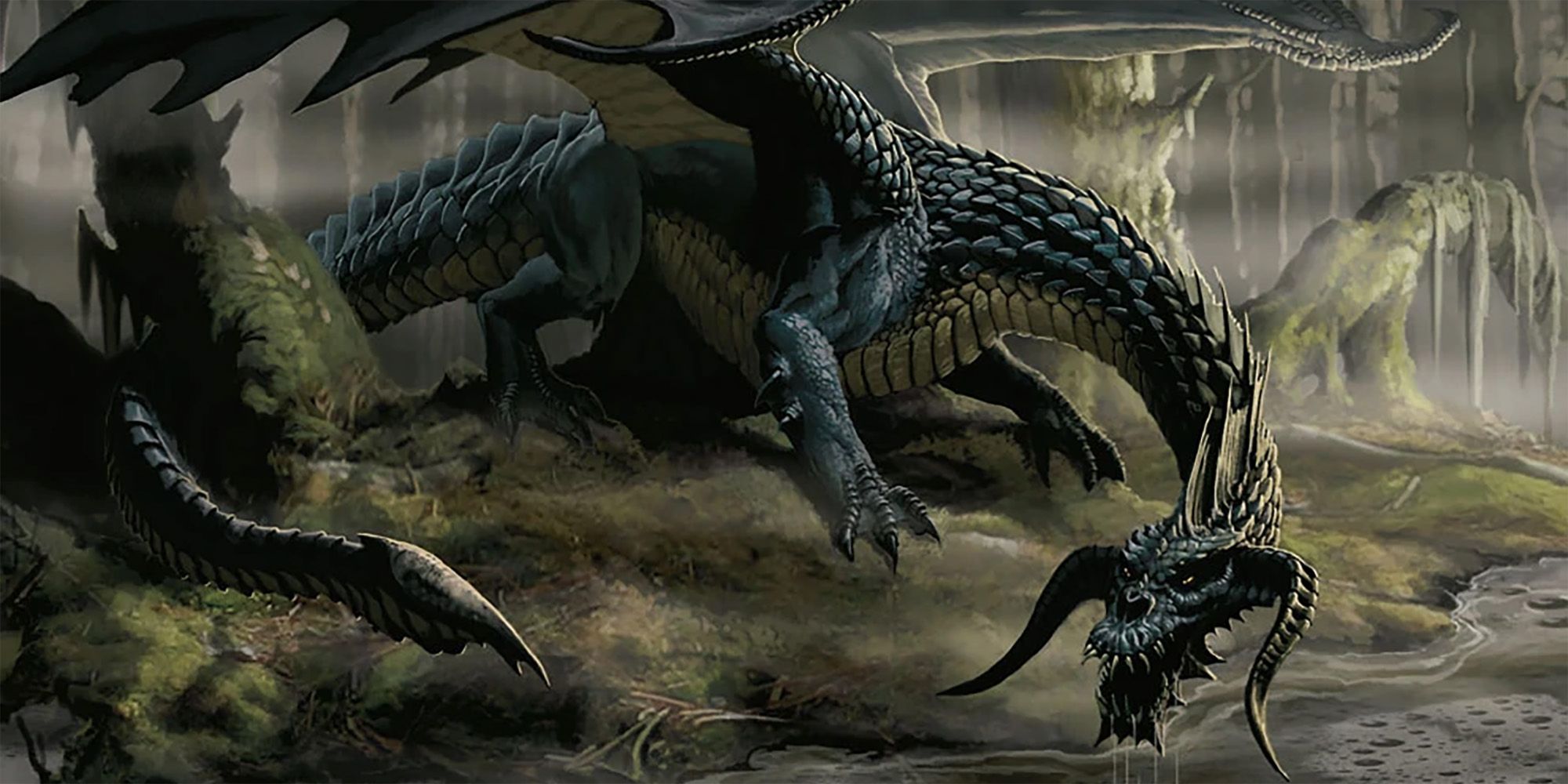 Black dragons can be found in swamps and marshlands, and given the hopeless misery of such places, it’s no surprise that they are considered to be the most foul-tempered and cruel of the chromatic dragons. They are smaller and leaner than most dragons, but that doesn’t make them any less fierce; in fact, their size makes them quicker and more dangerous.

Solitary and territorial, they rarely form clans or alliances unless their environments are hazardous enough to make survival in solitude difficult or impossible. They prefer ambush and subterfuge in a fight, and their powerful acid breath weapon could burn through even the sturdiest armor. While they could generally care less about other chromatic dragons, they possess a particularly strong hatred toward metallic dragons. 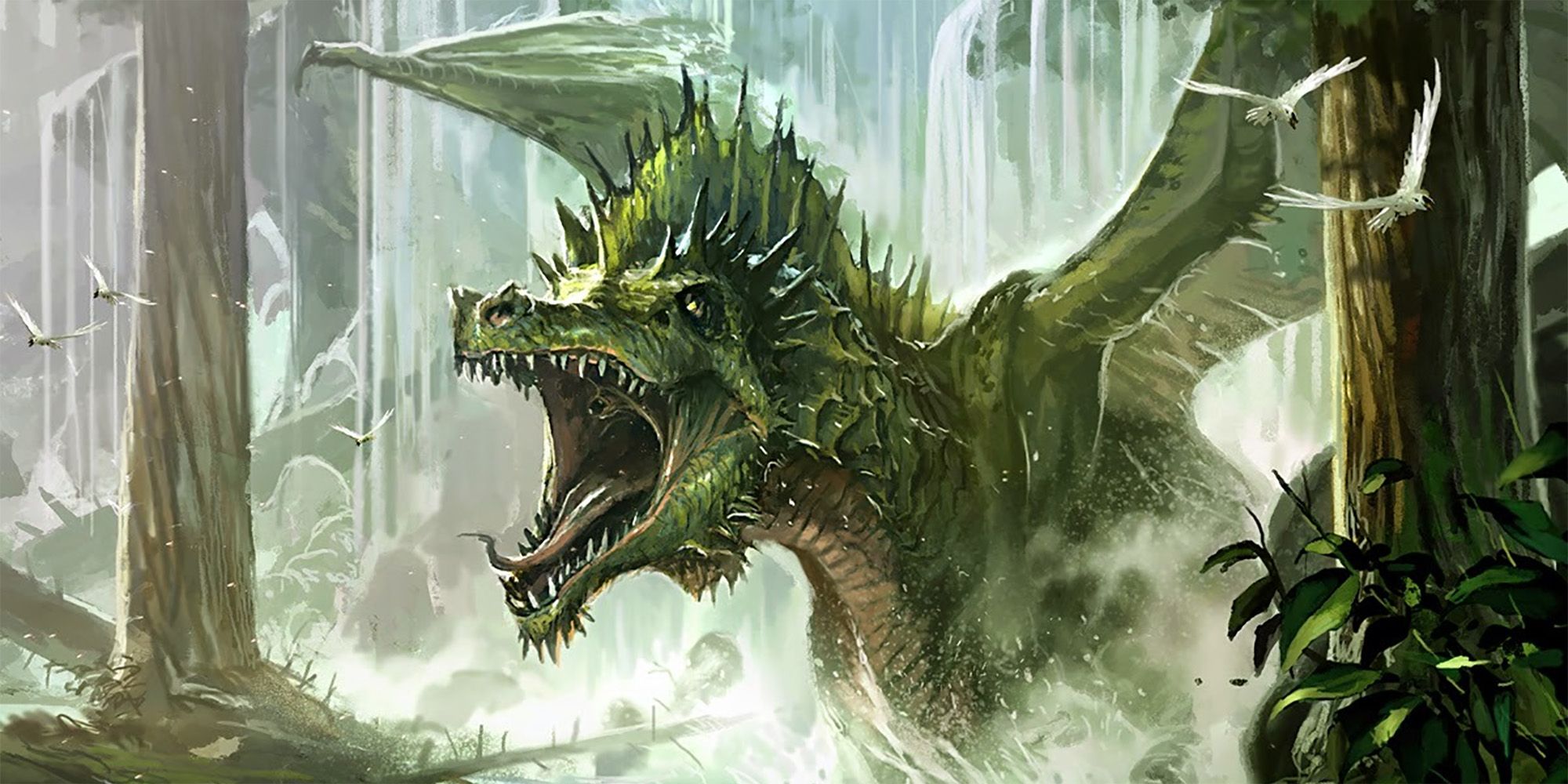 Stealth and secrecy are common among green dragons, who are generally found in woodland areas. They love involving themselves in sinister plots and perpetrating secrets for their own gain. These extremely territorial dragons pride themselves on their abilities to manipulate using secrets and deception, and they thrive at the mere mention of a fight they are sure to dominate. While they still build hoards of treasure like other dragons, the one thing they love collecting above all else are the lesser creatures they corrupt and hoard like possessions.

Even when faced with enemies they feel threatened by, green dragons are great pretenders, feigning diplomacy while working deceitfully behind the scenes to ensure their success when the time comes to strike. Their giant maws of razor sharp teeth and intimidating claws make them powerful adversaries, and their poisonous chlorine breath weapon has been known to choke the life out of even the strongest warriors. 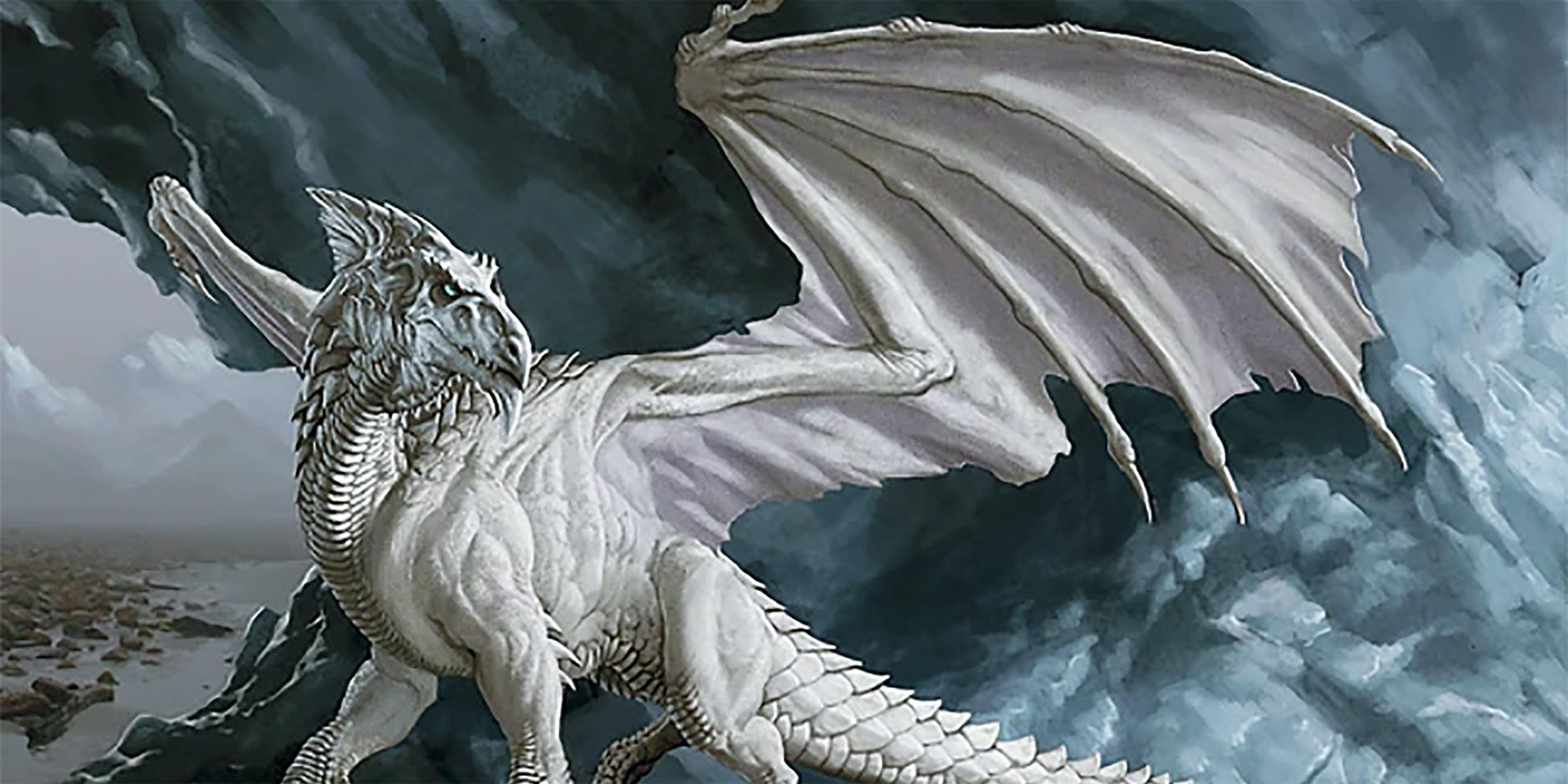 Encountered in glacial and frigid regions, white dragons are the smallest and weakest of the chromatics — but that doesn’t make them any less dangerous. Their colors vary between white, gray and blue, which makes it easy for them to blend into their frigid surroundings and strike hard as unsuspecting explorers pass through.

Intelligent and cunning, white dragons have remarkable memories. They have been known to commit acts against them to sense and memory, allowing them to track down those who dared to offend them and walk away. Their icy breath weapon can freeze an enemy solid in a matter of seconds, making even the barest interaction with its breath difficult to overcome. 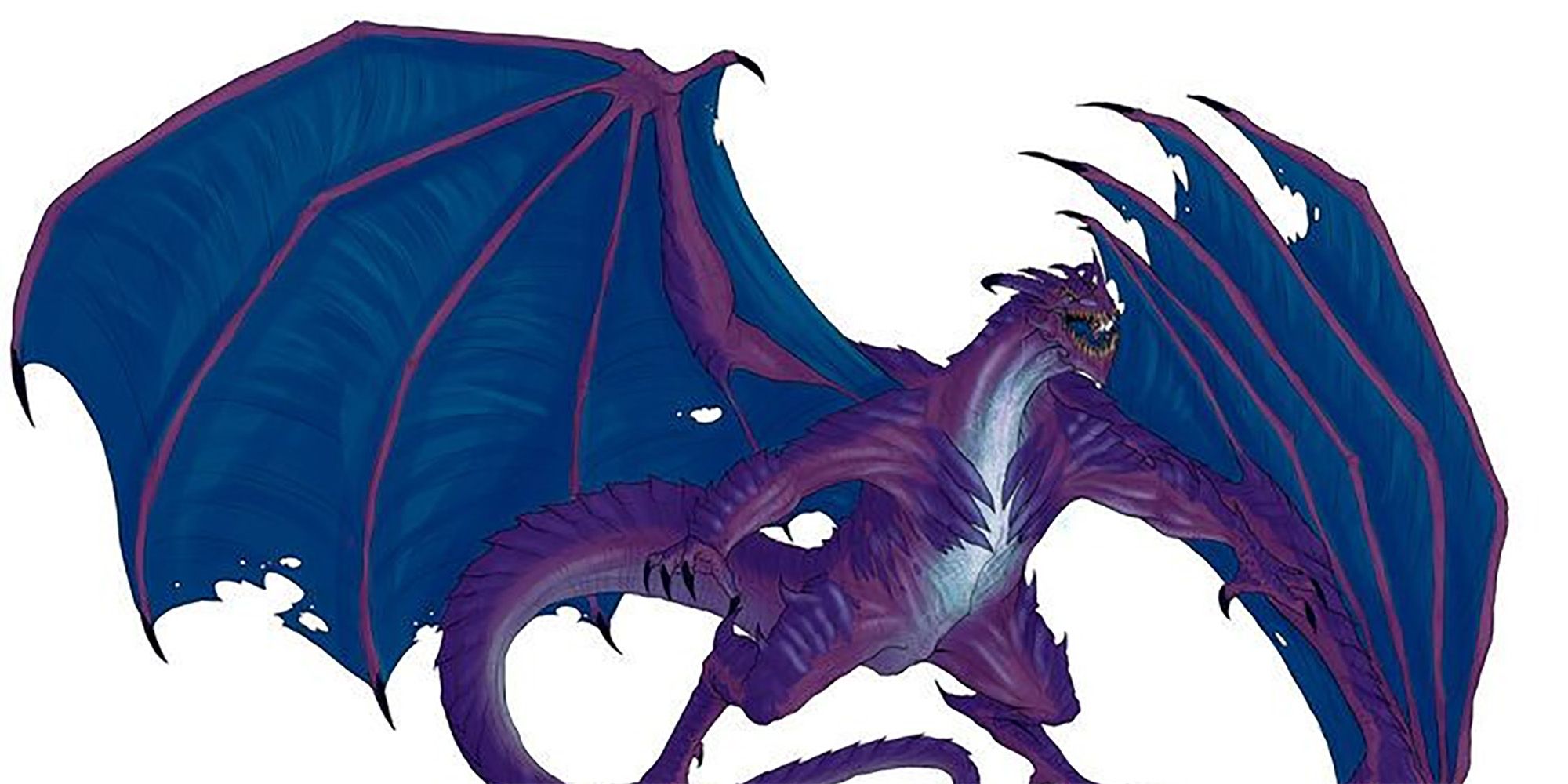 The other chromatics are generally far less powerful than the core five, though their tactics, nature and breath weapons are similar to the others. Brown dragons, for example, dwell in deserts like blue dragons, but they have acidic breath weapons like the black dragons. Purple dragons are usually encountered in the Underdark and are rarely found aboveground, meaning direct contact with sunlight is debilitating to them. Their breath weapon is psychic in nature, dumbfounding and stunning enemies.

While many immediately associate dragons with flight, gray dragons are born with weak wings and tend to be poor flyers. They also didn’t have a breath weapon at first, but in time, Tiamat altered their composition and granted them acid breath. The rarest of all chromatic dragons are yellow dragons, and only a few have even been spotted. Much like green dragons, they are incredibly secretive and prefer stealth and ambush. The small numbers that exist dwell in the deserts, and their breath weapon is a powerful stream of heated air and sand.