The latest episode of Dragon Ball Super has Goku take on Saiyans from an alternate reality by himself.

You Are Reading :Dragon Ball Supers Tournament of Power Turns Into a Saiyan Showdown 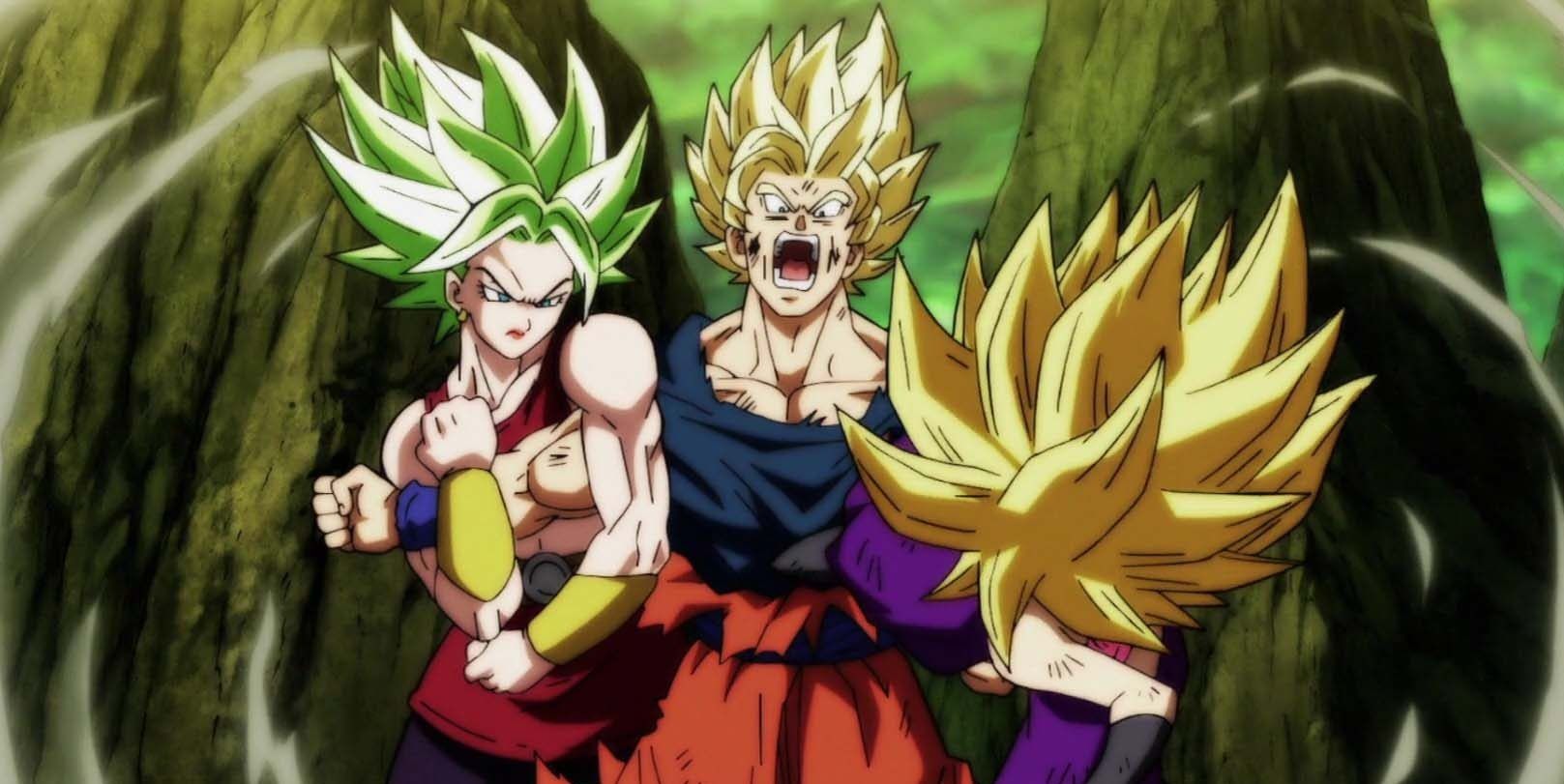 The Tournament of Power continued to escalate in the latest episode of Dragon Ball Super, a largely action-centric installment that saw Goku face the two remaining Saiyans from Universe 6, battling for the survival of their respective realities. In true Saiyan fashion, the resulting bout had Goku encourage his opponents to grow stronger themselves and reach new levels of power so they all could have an entertaining, honorable fight befitting their extraterrestrial warrior race.

Picking up from the ending of the previous episode, Goku goes one-on-one with the Saiyan warrior Caulifa, who starts the fight powered up to Super Saiyan 2, a transformation that her teammate, Cabba, just learned prior to his elimination from the competition.

Having mastered forms far beyond Super Saiyan 2 years ago, along with his own extensive martial arts training, Goku is actually able to hold his own against Caulifa in her transformed state without undergoing any transformation himself for an impressive amount of time.

However, Caulifa, being one of the most powerful champions from her universe, grows accustomed to Goku’s fighting style and begins to overpower him, forcing him to transform into a Super Saiyan 2 himself.

While fighting valiantly, Goku is still noticeably weakened from his earlier fight against the Universe 11 warrior Jiren, having pushed his body beyond its natural limits after temporarily unlocking a new transformation known as Ultra Instinct. Despite his own exhaustion, Goku calls Caulifa’s best friend and teammate Kale to join in on the fight, managing to fight the two Universe 6 Saiyans simultaneously for a time before they begin to coordinate their attacks and work together. 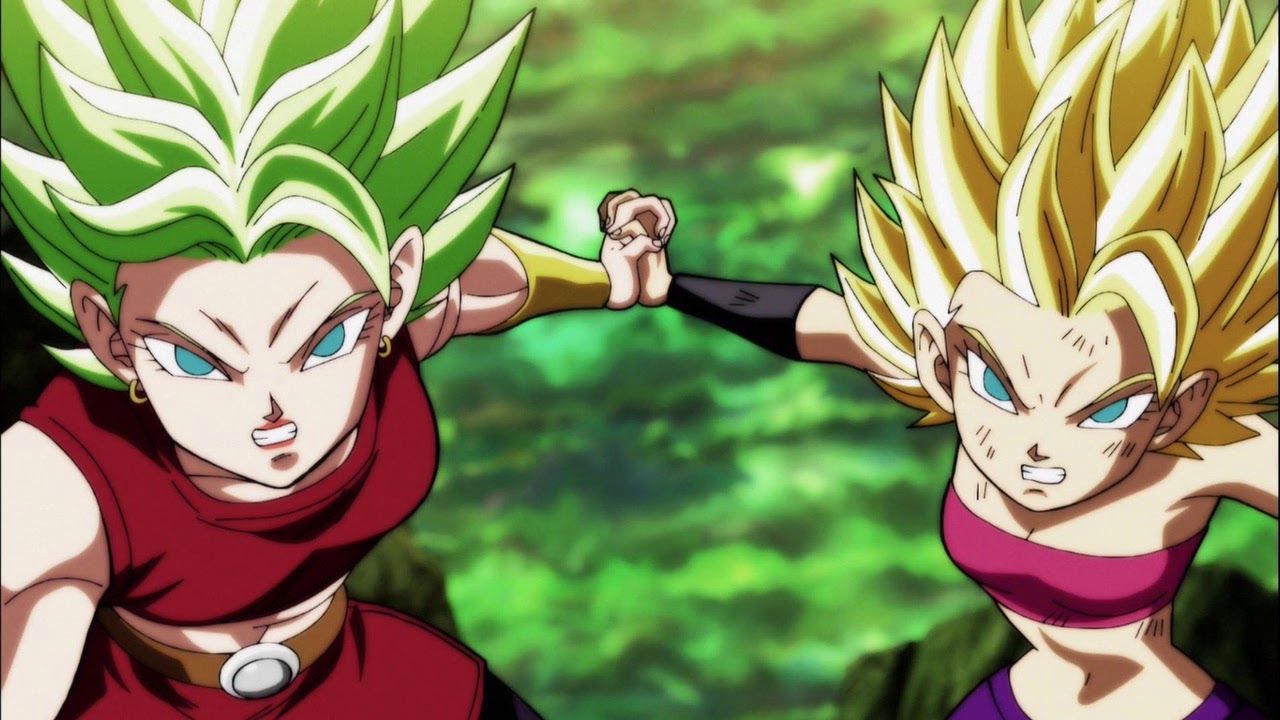 Running the risk of being overwhelmed by Caulifa and Kale’s combined might, Goku transforms into Super Saiyan 3, a form unattainable by either of his opponents. In this more powerful state, the tide of battle quickly turns back in Goku’s favor, completely outclassing Caulifa and Kale despite the two’s best efforts.

Unfortunately, Goku’s fatigue does finally catch up to him, forcing the Universe 7 hero to power back down to Super Saiyan 2 due to the enormous energy consumption required to maintain Super Saiyan 3.

Caulifa started her duel with Goku requesting to see Super Saiyan 3 in the hopes that Goku would teach her how to unlock the transformation herself.

Conscious of the strain it would put on his body, Goku initially refused, but, after being forced to use the advanced form to avoid elimination, Kale realizes that Goku is stronger than her.

Despite Goku powering down, Kale becomes visibly frustrated by her own apparent limitations, inadvertently causing her to transform into a berserker Legendary Super Saiyan once again.

Most Saiyans enjoy the sense of constant self-improvement garnered from engaging in combat, reaching levels of power previously thought to be unobtainable. While Goku battled Caulifa and Kale for the fates of their own respective universes, the fight had the two factions actively encouraging each other to channel their inner potential to do the best they could instead of simply going for a quick, easy victory.

However, Goku’s hubris and exhaustion may get the better of him with Kale undergoing one of the most powerful, uncontrollable transformations in the Dragon Ball franchise. With Kale’s full fury bearing down on him, he may have sealed Universe 7’s fate.

Sam Stone is a 10th level pop culture guru living just outside of Washington, DC who knows an unreasonable amount about The Beatles. You can follow him on Twitter @samstoneshow and ask him about Nintendo, pop punk, and Star Trek.