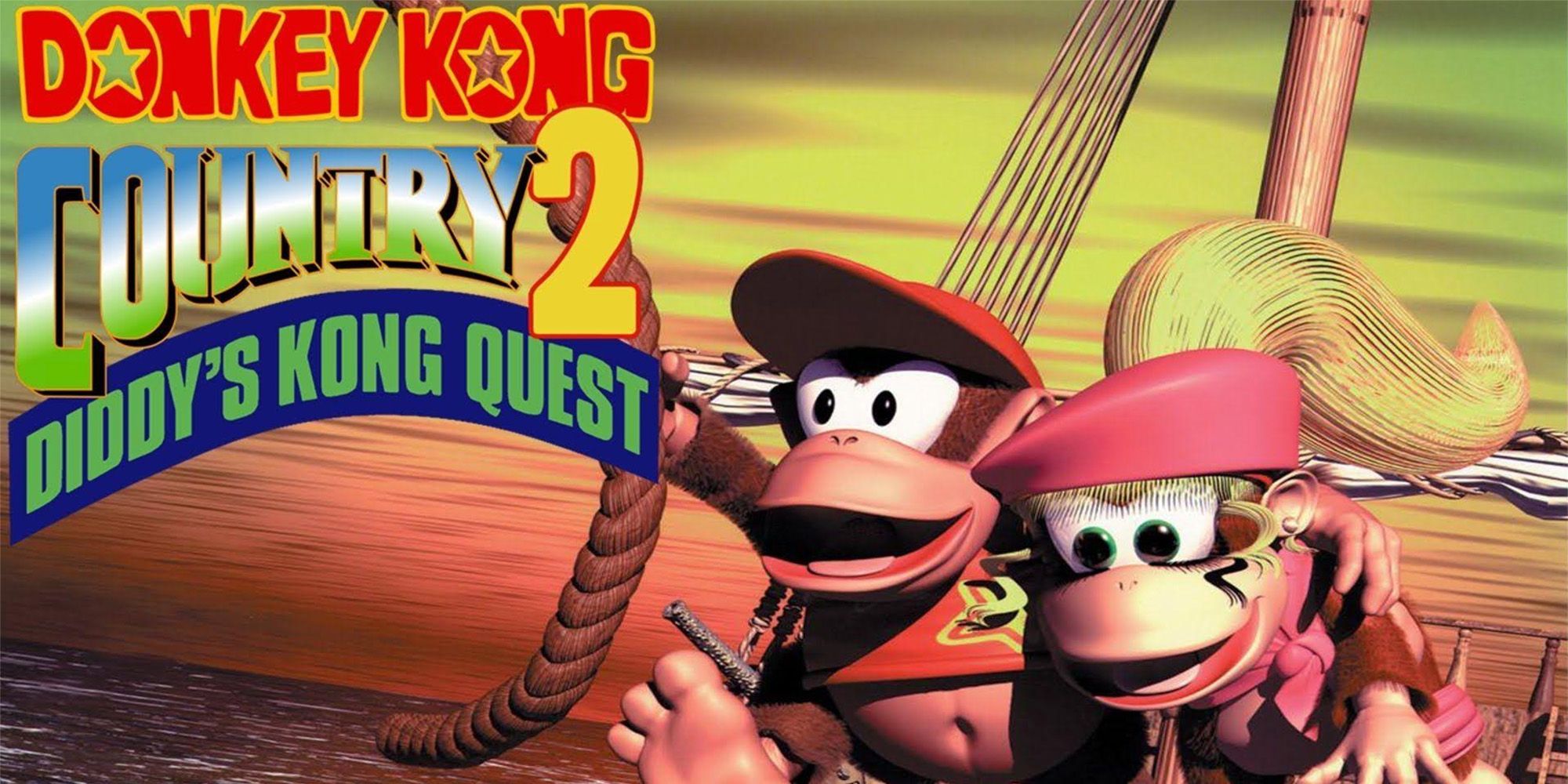 The game is just as challenging today as it was on the SNES. There are some difficult boss battles, puzzling platform levels and even some hidden secrets that players will need to find to progress through their adventure. Whether you are new and looking to experience a different era of gaming or you want to revisit the game for a nostalgia trip, here are some tips, tricks and strategies that will keep frustration levels low. 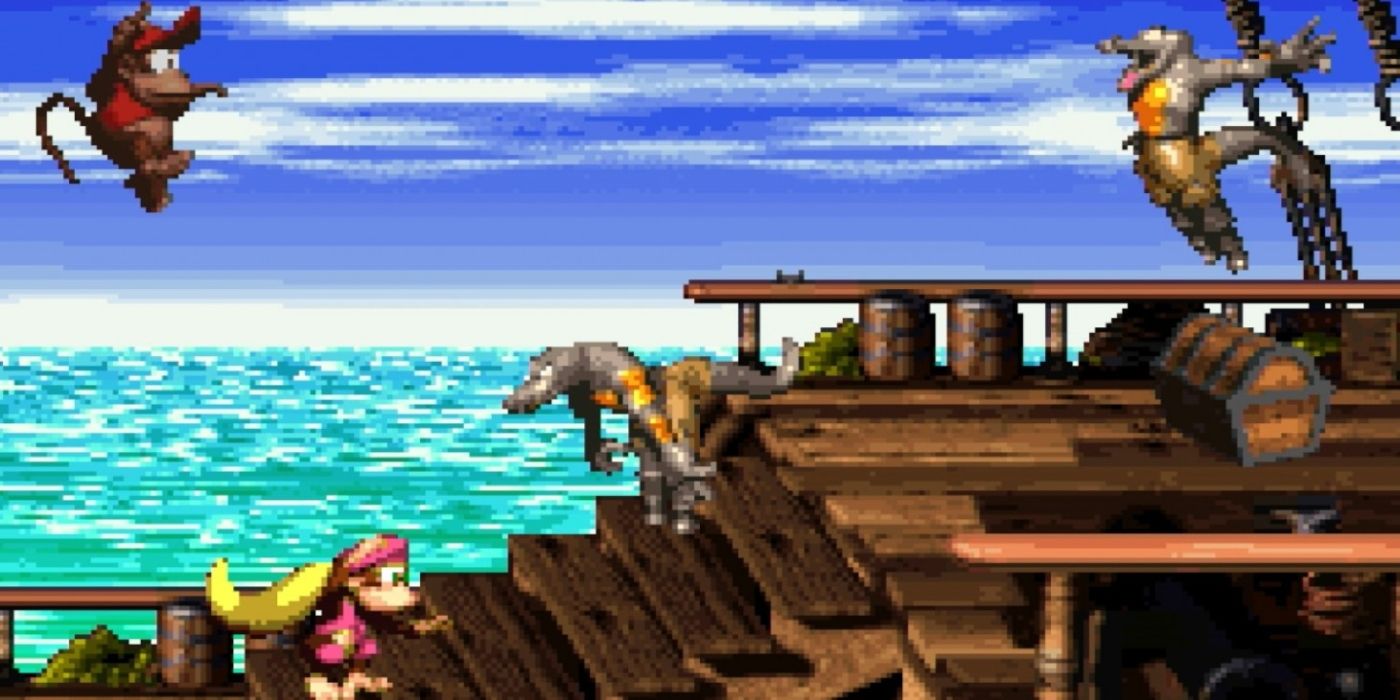 While playing as either Diddy or Dixie Kong, players will discover how important it is to jump, whether it’s to avoid enemies or grab items in the air. Jumping is also one of the main forms of attacking. Either of the Kongs can also perform the mid-air jump. This will not only help them cross difficult gaps, but also to reach secret areas and collectibles. To perform the special jump, use the cartwheel or spin attack off a nearby ledge. 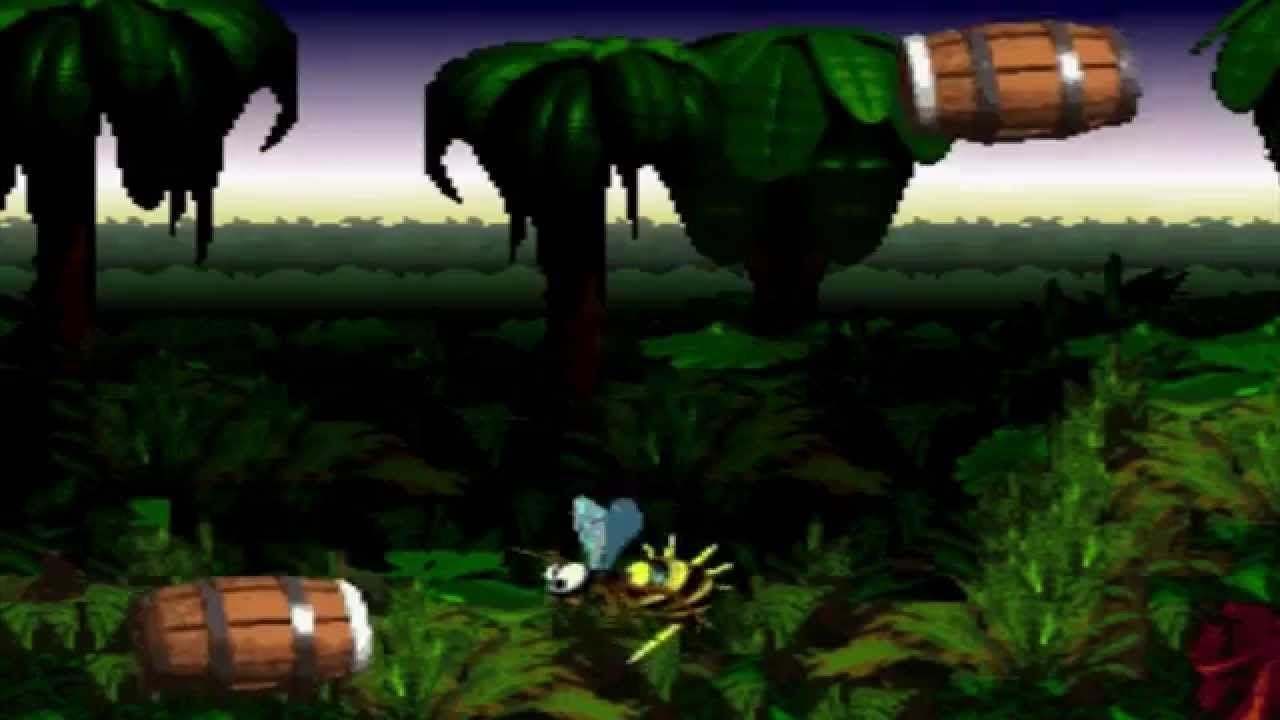 There are many effective ways to move either of the Kongs in the game, although Diddy is more agile than Dixie. This includes swimming, running, jumping, walking, riding other animals and climbing. However, the fastest method of moving in the game is to roll. Because the Kongs’ speed and acceleration while running is preserved during jumping and flying, rolling while running will also do the same. The trick here is to jump just before the end of a roll to prevent a sort of cool down that the Kongs have.

Normally after a running roll, the Kongs will get stuck and stop moving for a short period. Only do short jumps for this method, as less time in the air means you’ll be able to perform another running roll sooner without the cool down. When the Kongs roll, they tend to roll longer the more enemies they collide with, so the more enemies to roll through, the better and faster players can move. 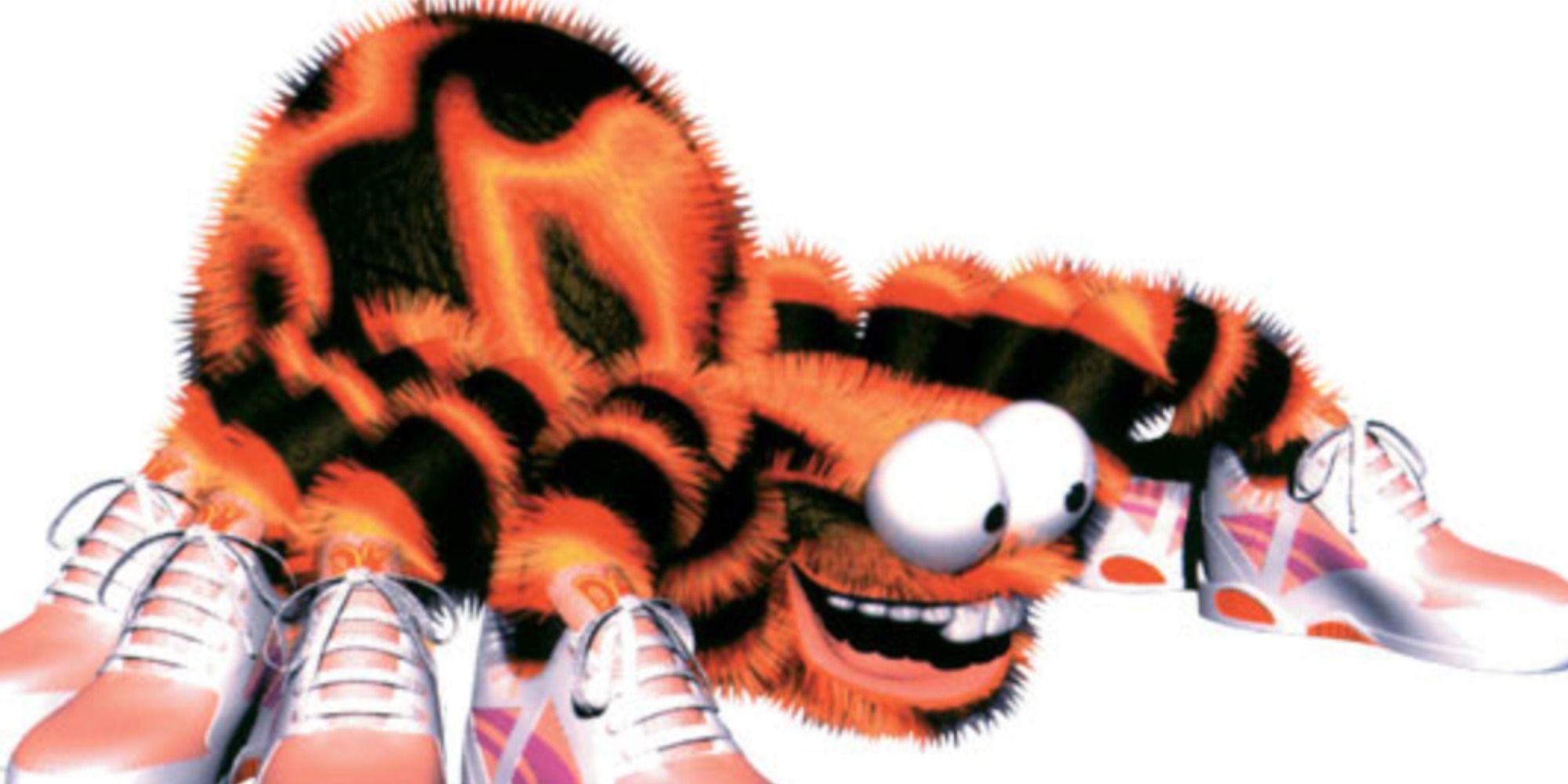 Squitter is a friendly sneaker wearing spider, and players will find sometimes themselves in control of the arachnid in the game. Squitter’s skills and stats differ from the Kongs. One of the main things Squitter can do is shoot webs, which can be used to deal damage or create platforms. These come in handy when players need to quickly increase their vertical movement.

Timing is essential, as players will have to jump at just the right height to climb Squitter’s web platforms. Because Squitter can jump and shoot out these webs at the same time, they can be used to reach new heights fairly quickly. The trick is to stop the projectile fast enough in the middle of Squitter’s jump so that there is a platform for the spider to land on before jumping and repeating. 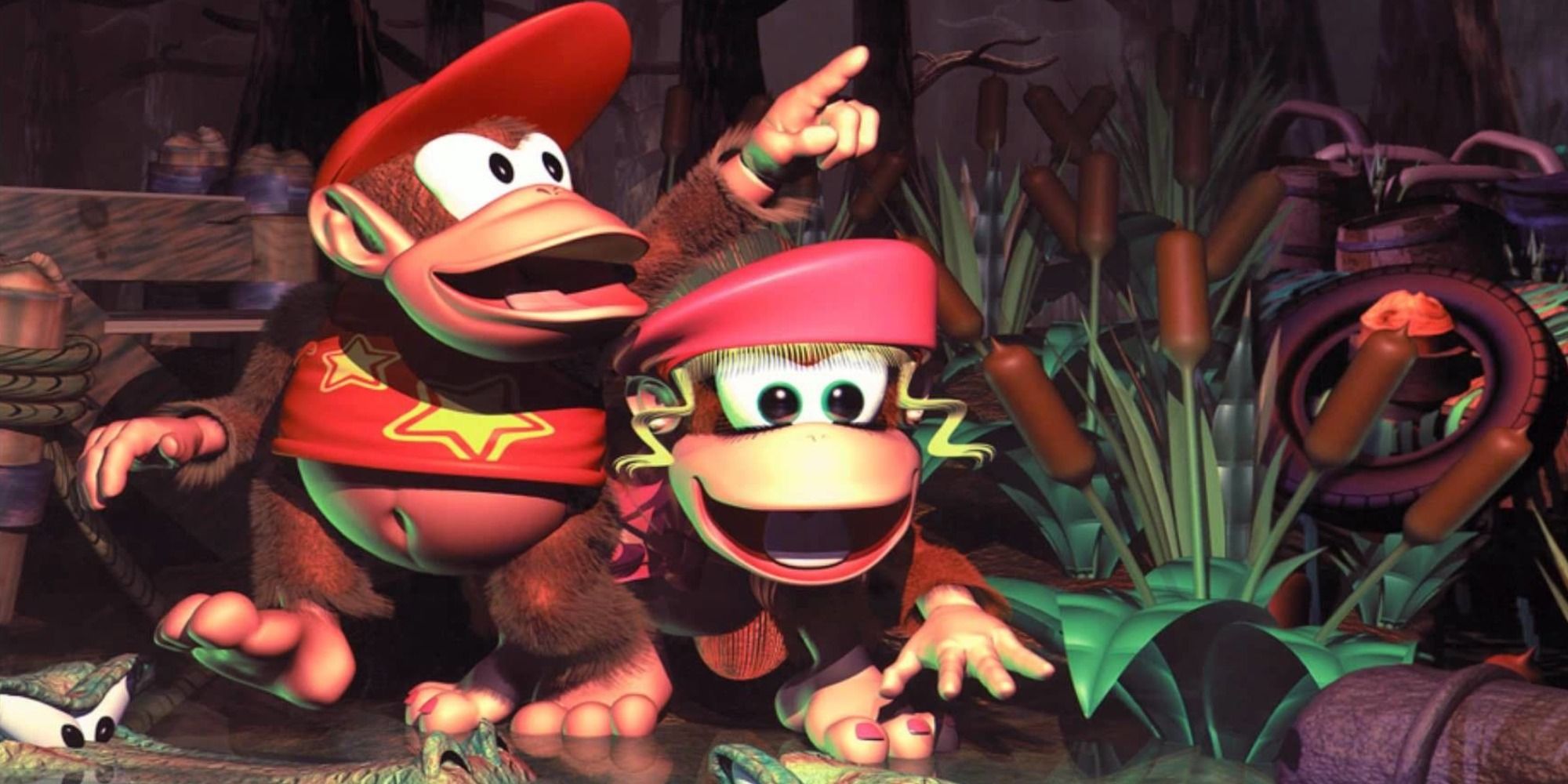 Team ups allow the Kongs to work together, one of which involves giving the other a piggyback ride. While this does slow their movement down, it allows either Kong to throw the one they are piggybacking to reach deal projectile damage or reach otherwise inaccessible areas. It’s a simple to perform and efficient way to collect important items, reach secret areas and defeat enemies that are just out of reach. When a Kong is thrown to a higher area, the other one immediately follows them. A team up can only occur when both the Kongs are on screen.

There are other mechanics that players can perform with the team up, but these are more difficult and will take time to practice. This includes the team throw Super Jumps (aka “DaBigBoi”), Team Up Goal and Team Up Jump. These can be useful for skipping sections of a level or getting to areas faster but, none are necessary to do. They also require quick reaction times, tight met conditions and some frame manipulation. 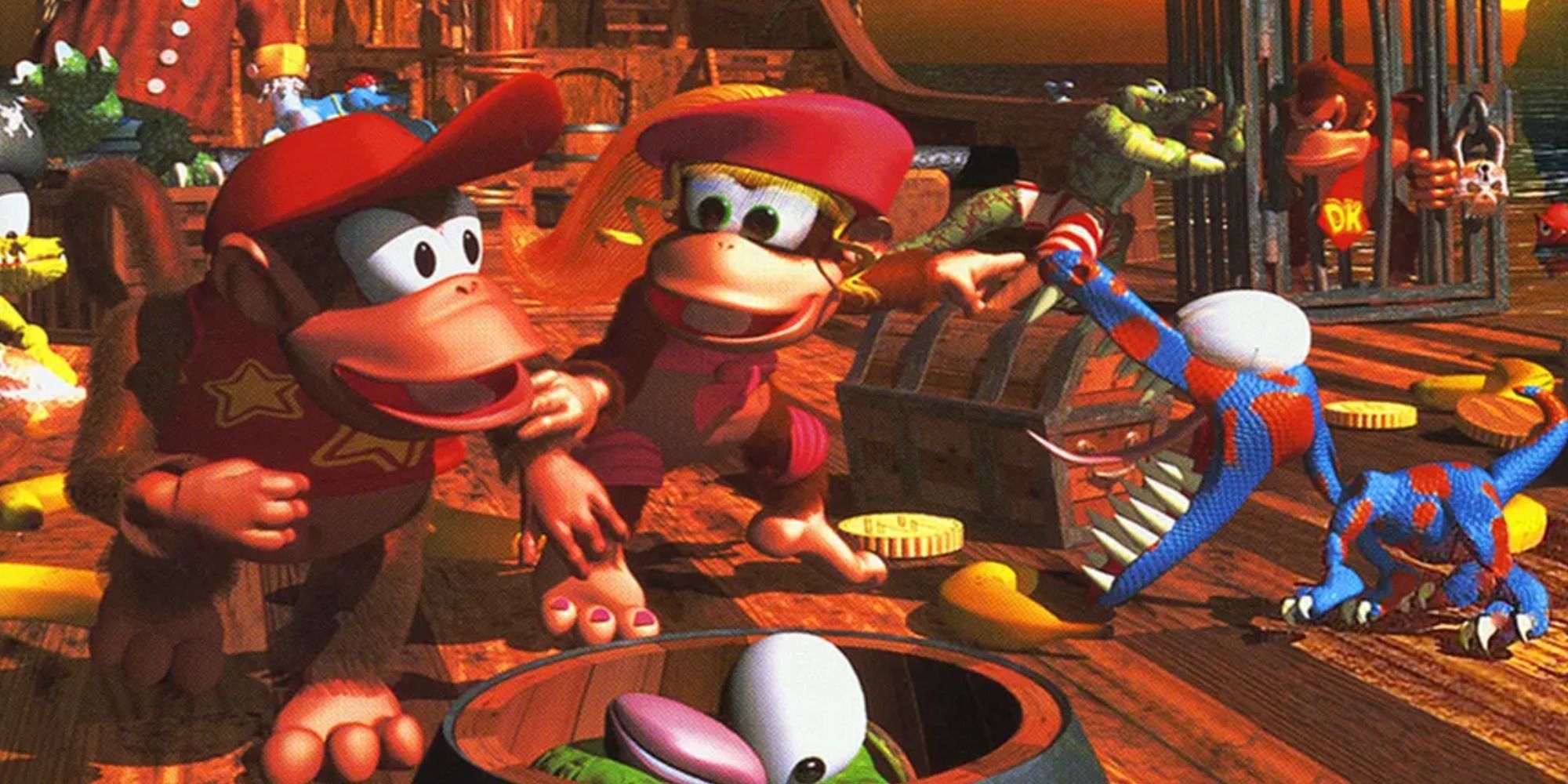 Swapping between the two Kongs opens up different opportunities. While Diddy is faster than Dixie in every way, Dixie provides a valuable skillset of her own. Her spin attack can be used in mid-air to float. This is essential knowledge for when a team up or mid-air jump may be out of the question, as Dixie can cross some large gaps on her own.

Knowing and recognizing both Kongs’ strengths and weaknesses is valuable and can really change how a level feels. Sometimes, a slower approach is necessary, and that’s when you’ll want to use Dixie. Plays may want to swap their Kongs just before finishing a level so they start the next one with a different, perhaps more suitable, Kong. This is also a good way to protect one of the Kongs as a precaution.