DC’s Robins #1 reunites the five Robins who have taken up the mantle in the past while telling a story focused on family, reconciliation, and revenge. 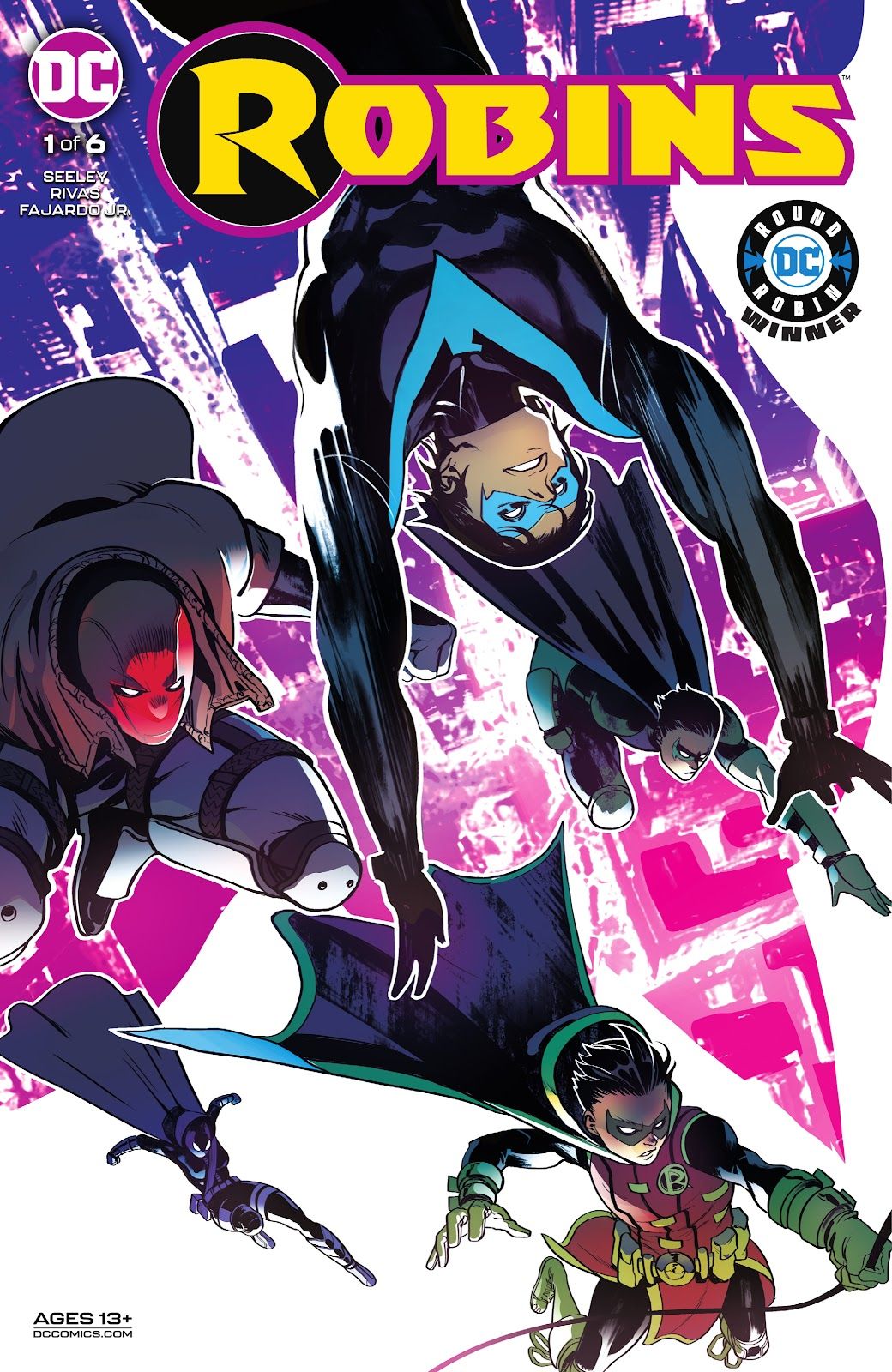 The Robins have been an integral part of Batman’s mythos, often serving as the light to the Caped Crusader’s darkness. Throughout the history of DC Comics, there have been several characters who have donned the cape and cowl of the Boy Wonder, and each brought their unique style and emotional baggage to the role. Fans have long-debated over who the best Robin is, but what if the Robins themselves join the discourse? Written by Tim Seeley and drawn by Baldemar Rivas, Robins #1 focuses on a family bonded not by blood but by duty.

Robins #1 opens with a sinister figure terrorizing a group of bird watchers. The story then cuts away to Bludhaven where a group of anarchists intends to blow up the city. The heroes — former Robins and new ones — arrive just in time to stop the perpetrators. They work together while recalling Batman’s lessons to foil the anarchists from having their way. Later on, the group meets at Nightwing’s apartment, passing food around and debating who is the best Robin. However, not all is well, as danger comes crashing through the door. 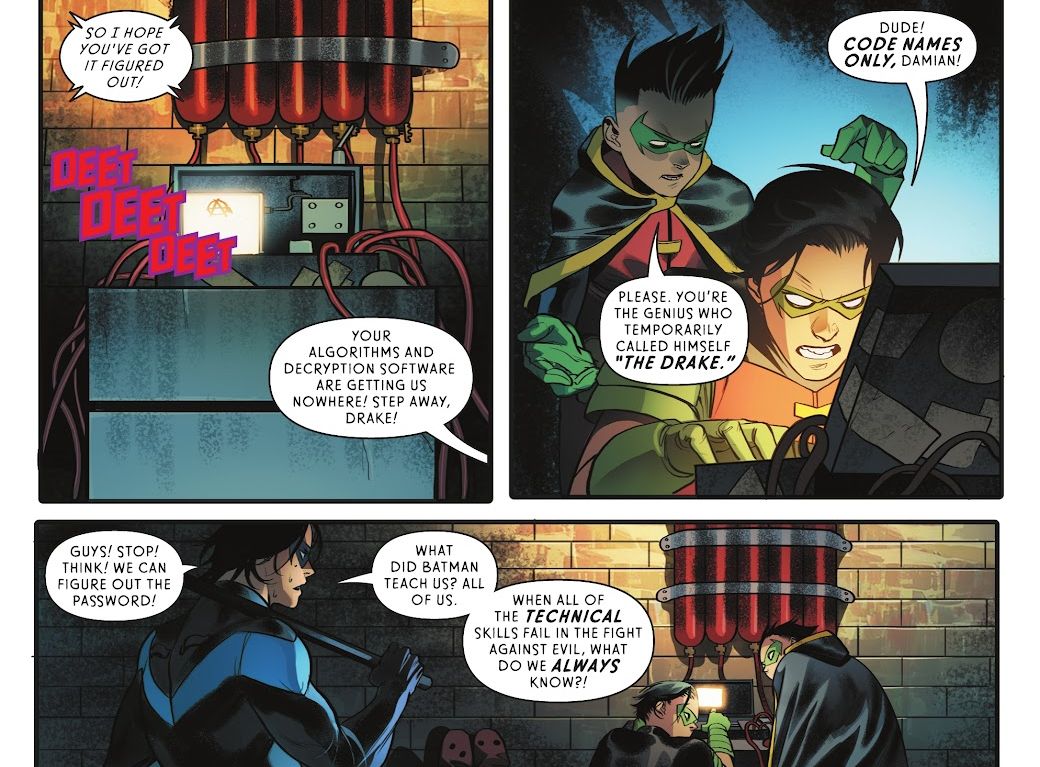 Robins #1 is an exposition-heavy debut issue that focuses on introducing its various characters. It spends its time developing its plot from the ground up while inserting plenty of fun intrigue. Writer Tim Seeley usually prefers linear narratives, and Robins #1 is no exception. Its story starts simply and is straightforward. Seeley excels at giving each Robin a distinct yet recognizable voice, perfectly capturing the essence of the iconic DC Comics characters.

Artist Baldemar Rivas uses clean, flowy lines to outline the characters against a lackluster background. His dynamic art rolls with every kick and punches the characters throw — giving the comic book an anime-esque feel. The wide panel shots and intense close-ups exude an abundance of youthful energy, as expected from a comic book about DC’s Robins. Colorist Romulo Fajardo Jr. complements the script well and conjures up amazing artwork. He uses bright shades that bring vibrancy and a glossy look to the pages. The issue is heavy on the action in the first act, and letterer Steve Wands’ onomatopoeias make great immersive sound effects. 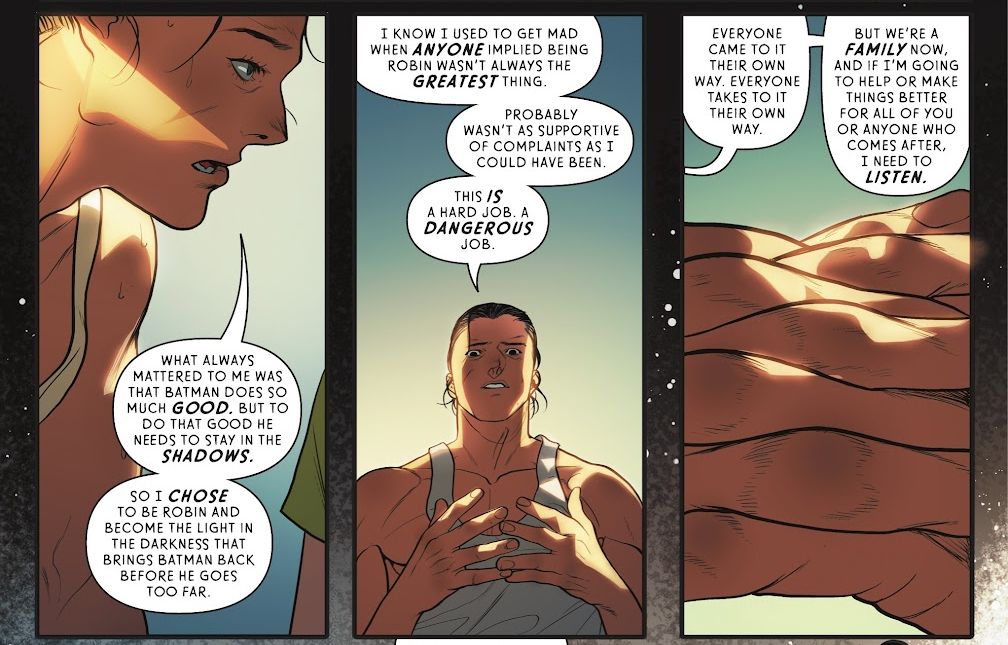 Robins #1 is not only a high-octane action-thriller but also a fun-filled family reunion. It’s filled with moments of self-reflection and reconciliation. The Robins act like one big family pulling pranks and making quips, which is heartwarming to watch. Seeley brings together big personalities into one room, and it’s therapeutic to watch the characters feel at ease with each other. Robins #1 ends with a sudden turn of events that shakes the Robins to their core, which will no doubt inspire readers to pick up its second issue.