Captain Tōshirō Hitsugaya’s Zanpakutō, Hyōrinmaru, is one of the strongest in all of Bleach. Here’s how it works in all of its forms. 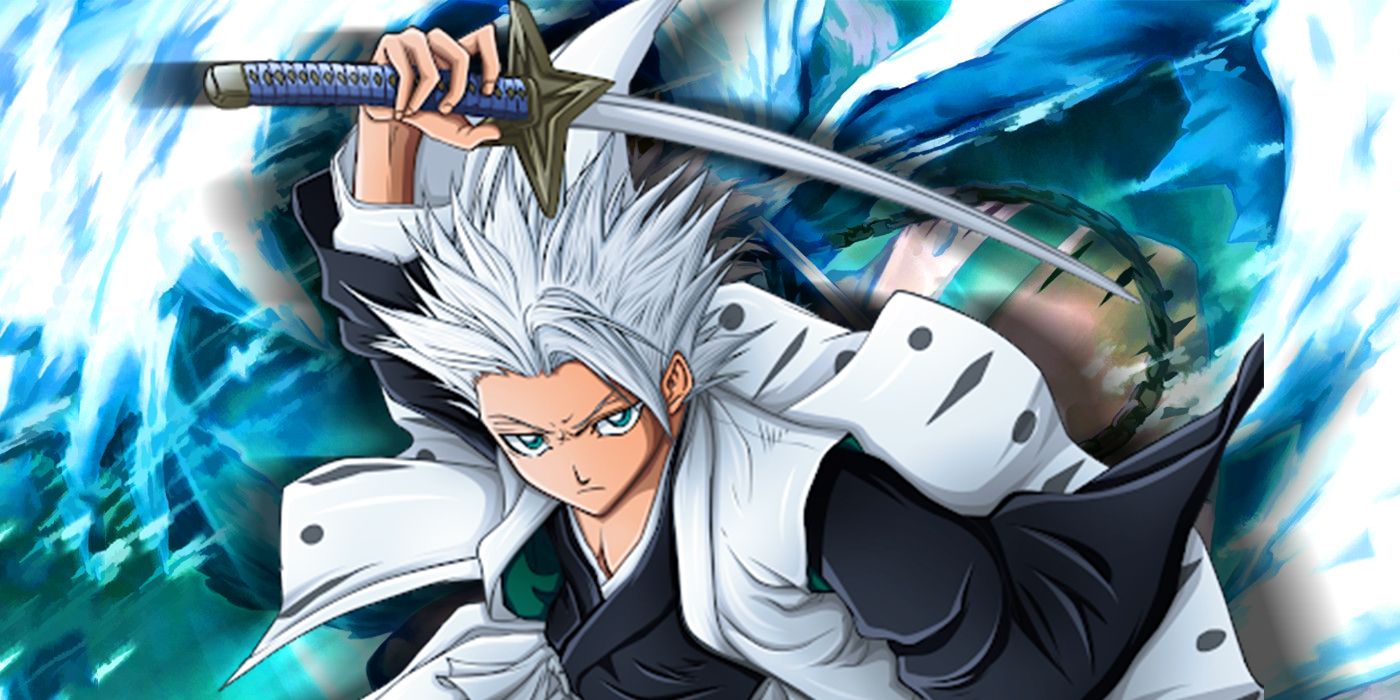 Being the youngest Shinigami in history to achieve Bankai, as well as the youngest ever to be promoted to captain, Bleach’s Tōshirō Hitsugaya is nothing short of a prodigy. Hitsugaya is highly perceptive both in and out of battle and rarely lets details slip past him. His genius extends to his swordplay and use of both Shunpo and Kidō, demonstrating a level more than above proficient in both areas.

As if these skills weren’t enough, Tōshirō also wields the most powerful ice-type Zanpakutō in all of Soul Society, Hyōrinmaru. Hyōrinmaru is Tōshirō’s go-to option when the going gets tough — and for good reason, as his overwhelming Reiatsu, in combination with Hyōrinmaru, makes him nigh-unstoppable. Here’s how Captain Tōshirō Hitsugaya’s Zanpakutō, Hyōrinmaru, works. 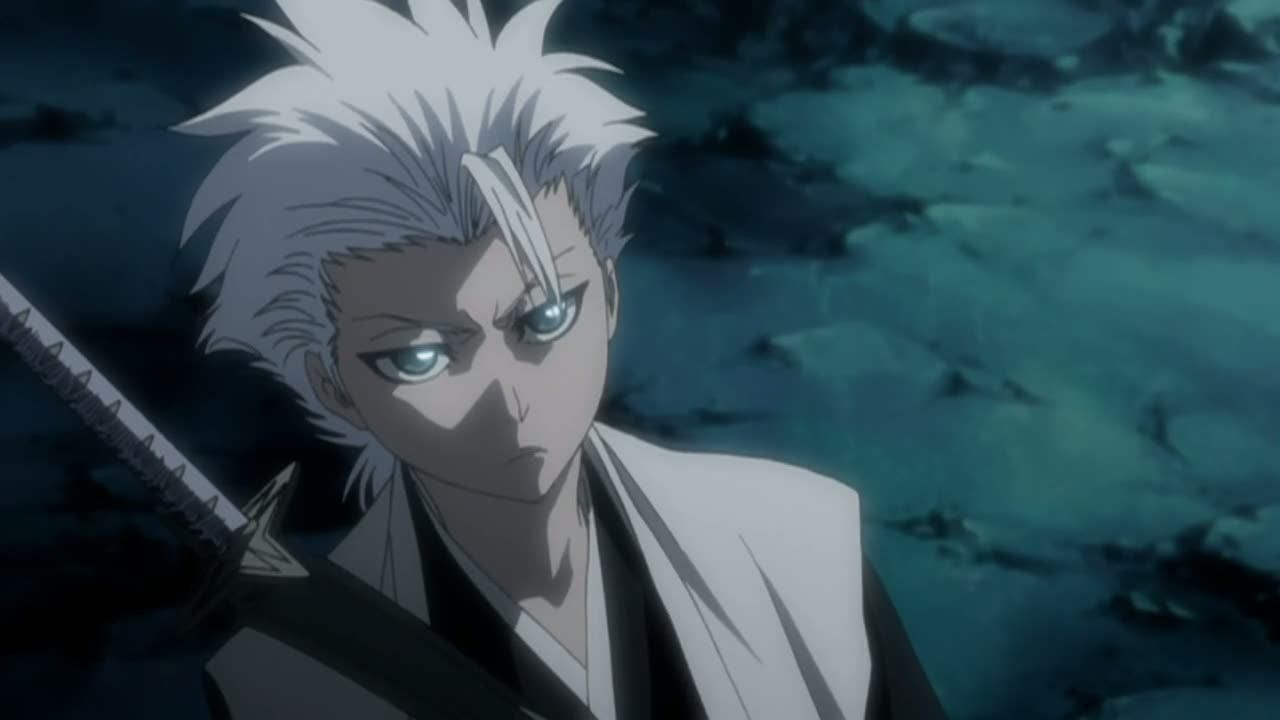 Hyōrinmaru’s Shikai command is “Reign over the Frosted Heavens.” Once released, the sword itself extends in length and gains a crescent moon blade connected to its handle via a chain. Hyōrinmaru’s special ability grants Hitsugya control over ice. Hitsugaya can launch large dragon-shaped blasts of ice that freeze upon impact. Hyōrinmaru’s ability also extends itself to the newly attached chain, allowing it to freeze anyone or anything it ensnares. Hitsugaya’s ice-cold Reiatsu is so potent that just the release of Hyōrinmaru’s Shikai drastically changes the weather in Soul Society, causing frigid temperatures and even blizzards. Hitsugaya states that the safety of anyone within 7.3 miles of Hyōrinmaru’s release cannot be guaranteed.

See also  15 Ways The Defenders Will Trump The Avengers

Tensō Jūrin (Weather Subjugation) allows Hitsugaya to directly manipulate the weather by controlling the water in the atmosphere. Ryōjin Hyōheki sees Hitsugaya finely weave threads of ice together to create a protective wall. Using Rokui Hyōketsujin, Hitsugaya sets five snowflakes on the ground in the shape of a pentagon as a trap, freezing any who step inside. Hitsugaya can combine Hyōrinmaru’s ice with the ashes of his lieutenant Rangiku Matsumoto’s Haineko to create vacuum ice. Shinkū Tasō Hyōheki (Wall of Vacuum-Ice) uses the layered property of this vacuum ice to bolster Hitsugya’s defenses, while Shinkū no Kōri no Yaiba (Blade of Ice) shoots a concentrated vacuum-ice blade from the tip of his sword.

Of all the Zanpakutō in the Gotei 13, Hyōrinmaru’s techniques vary the least from Shikai to Bankai, the only difference being in the amount of ice Hitsugaya is capable of producing. As such, when fighting in Shikai after having his Bankai stolen, these Hyōrinmaru-Haineko combination techniques were utilized in an attempt to mitigate the effects of having lost his Bankai’s increased output. 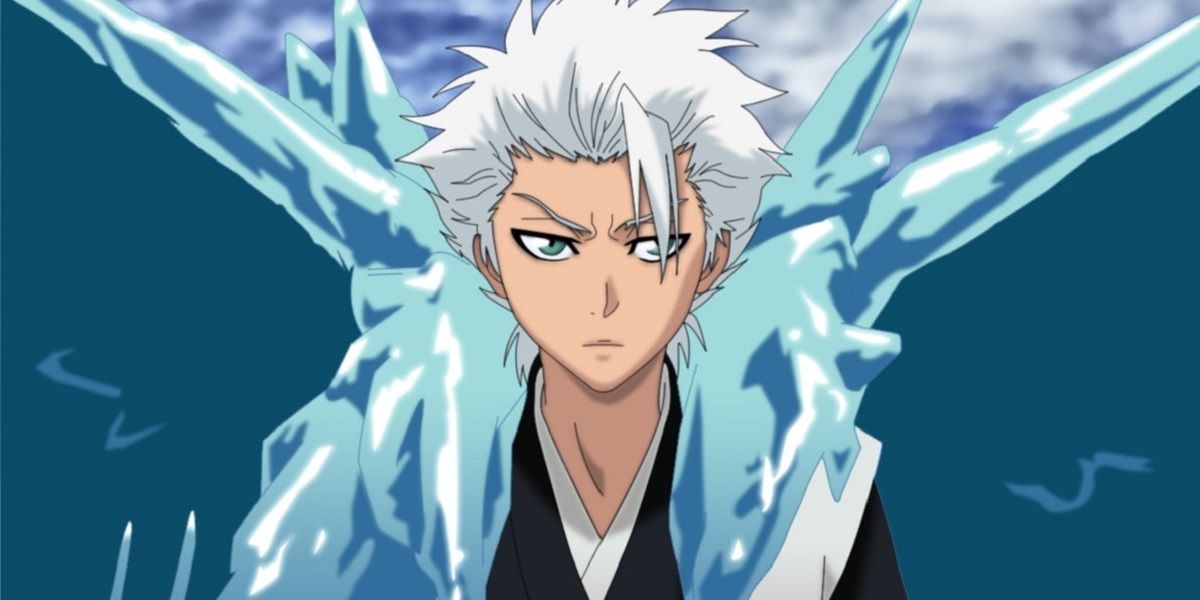 Hyōrinmaru’s Bankai, Daiguren Hyōrinmaru (Great Roaring Coldly Shining Moon), drastically alters Hitsugya’s physical appearance — save for his head — as he is enveloped in a coating of ice that gives his body the characteristics of an ice dragon. His sword hand is encased by an ice dragon head, he gains ice claws in place of his left hand and both feet, as well as wings and even a tail. Each of these appendages assists Hitsugaya in battle by increasing his combat potential and overall mobility.

His wings grant him increased mid-air maneuverability while his tail can be used as a whip of sorts, capable of firing freezing waves of ice when used in this manner. He can also use the wings as shields, a great tool for repeatedly absorbing damage, as all of Hitsugya’s ice appendages can regenerate so long as there is water in the atmosphere.

Once again, Hyōrinmaru’s ice manipulation ability doesn’t change from Shikai to Bankai but is drastically amplified. This amplification increases the freezing strength and range of Hyōrinmaru’s ice, which directly translates to a much larger pool of techniques and a more powered-up version of his Shikai move-set.

Ryūsenka (Hail Flower Dragon) is a technique that freezes anything stabbed by Hitsugaya on impact — both the ice and opponent shattering afterward. Opponents caught by Sennen Hyōrō (Thousand-Year Ice Prison) are encircled by numerous ice pillars that close in on and eventually crush them. Guncho Tsurara (Icicle Birds) fires a spread of small ice projectiles from Hitsugaya’s sword, and Hyōryū Senbi (Ice Dragon Tail) shoots a crescent moon ice blast at an opponent.

Hitsugaya can use Hyōryū Senbi Zekku in conjunction with the initial blast and alter its trajectory. He can also create an ice clone of himself but prefers to do so only in a pinch as its deceptive properties are unlikely to work more than once. Hyōten Hyakkasō (Frozen Heavens Hundred Flower Funeral) is Tensō Jūrin at full power, and it is this technique that leads Hitsugaya to both question and ensure the safety of his comrades when using it.

This technique darkly clouds the sky and opens a hole from which snow falls. This snow freezes anything it touches into the shape of a flower instantly, eventually freezing the target into a large 100-flower ice sculpture by the time the snowfall ceases.

See also  Boy the Thing Sure Does Get Brainwashed a Lot 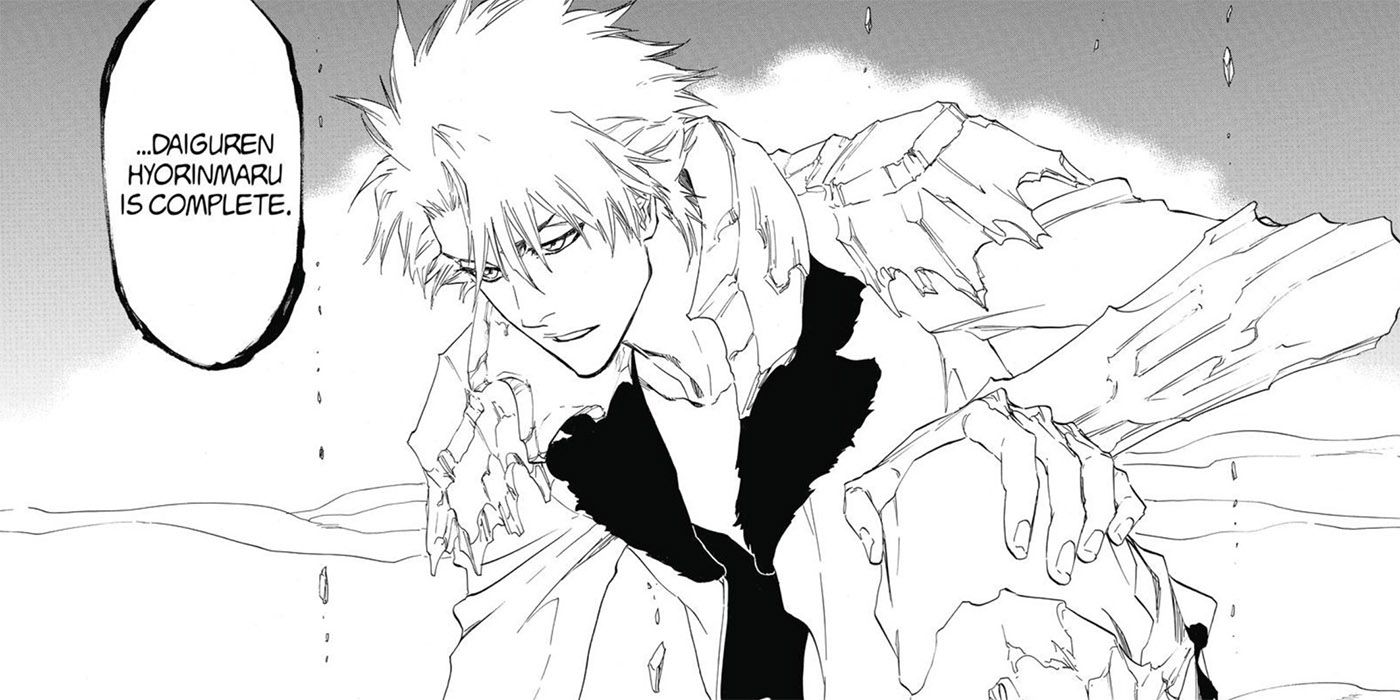 Hitsugaya’s Bankai aesthetic also includes three four-petaled ice flowers that float behind him. Hitsugaya initially thought they signaled the amount of time he had left in Bankai, as the petals would crumble the more time he spent in the form. But the crumbling of these flowers actually signals the amount of time left until Daiguren Hyōrinmaru reaches maturity. Once every flower is gone, Tōshirō’s body becomes that of an adult in order to control his matured power. In this form, Hitsugaya is much taller, and though he loses the wings, his shoulders, arms and legs are still covered by Hyōrinmaru’s ice.

In this form, Hitsugaya’s freezing capabilities reach absurd levels. He freezes the attacks of a then-tremendously upgraded Gerard Valkyrie, a Schutzstaffel member, with a casual flick of the wrist. Anyone or anything that touches Hitsugya in this form is also instantaneously flash-frozen. The passive regenerative abilities of anything frozen are also negated, as Gerard’s sword failed to repair itself via the Miracle after being frozen and broken in half. Shikai Hyōketsu (Four Elements Freeze) flash-freezes the four elements, along with any form of matter that enters a space that Hitsugaya has occupied after releasing Daiguren Hyōrinmaru’s true form.

In the prodigious hands of 10th division captain Tōshirō Hitsugaya, it is easy to see why Hyōrinmaru is considered the strongest ice-type Zanpakutō, and in its matured state, the possibility of it being one of the strongest Zanpakutō in all of Bleach isn’t very farfetched.