Before The Flash How DCs First Armageddon Reshaped the Future

Before The Flash: How DC’s First Armageddon Reshaped the Future

The Flash will kick off its eighth season with “Armageddon,” an event that shares its name with an infamous ’90s DC crossover.

You Are Reading :Before The Flash How DCs First Armageddon Reshaped the Future 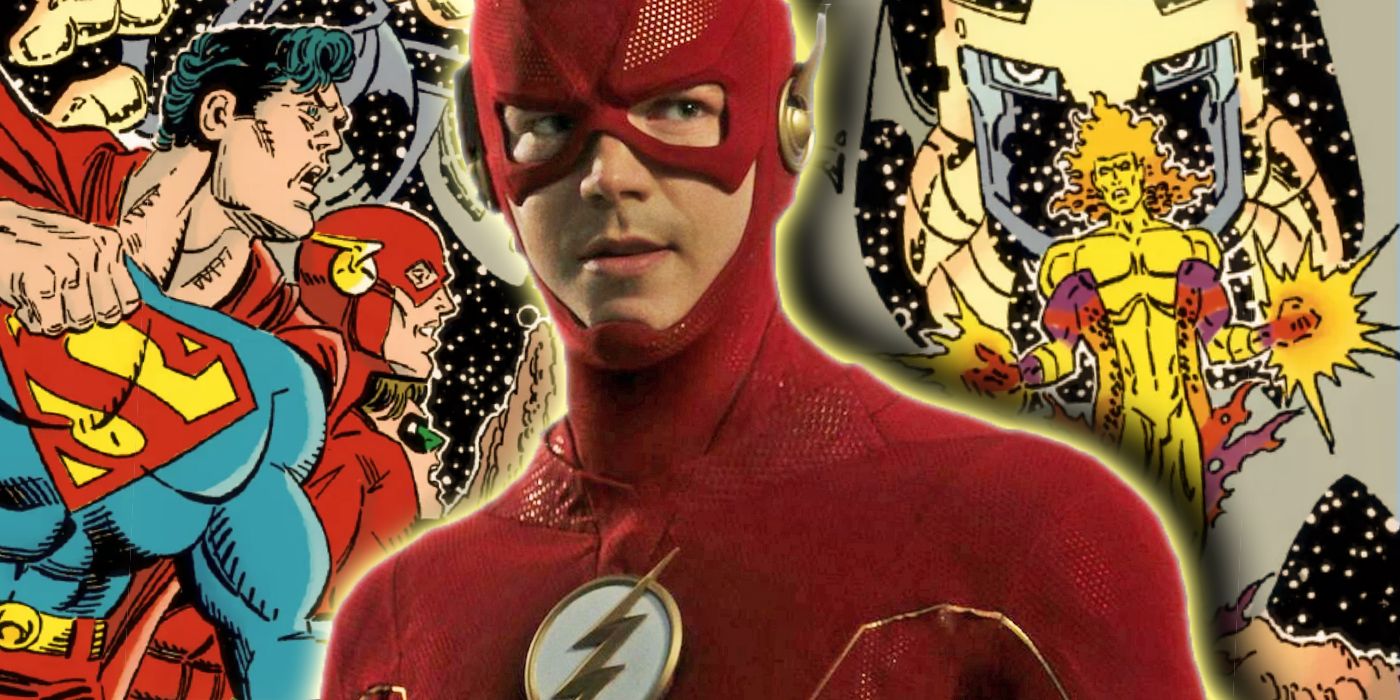 For the Arrowverse’s next big event, the eighth season of The Flash will begin with “Armageddon,” a five-part event featuring numerous guest stars from ongoing and completed series. While the plot of the event has only teased “a powerful alien that arrives on Earth under mysterious circumstances,” it shares a partial name with one of the most infamous DC Comics events of the ’90s, Armageddon 2001.

Armageddon 2001 was a time-traveling crossover storyline published between May and October 1991. It was book-ended with issues of a two-part mini-series of the same name produced by a number of creators including Archie Goodwin, Dan Jurgens, Dick Giordano, Anthony Tollin, Albert DeGuzman, Art Thibert, Steve Mitchell, Adrienne Roy, John Costanza, and Dennis O’Neil. The story ran through the majority of the annual issues for DC’s regular titles published at the time. 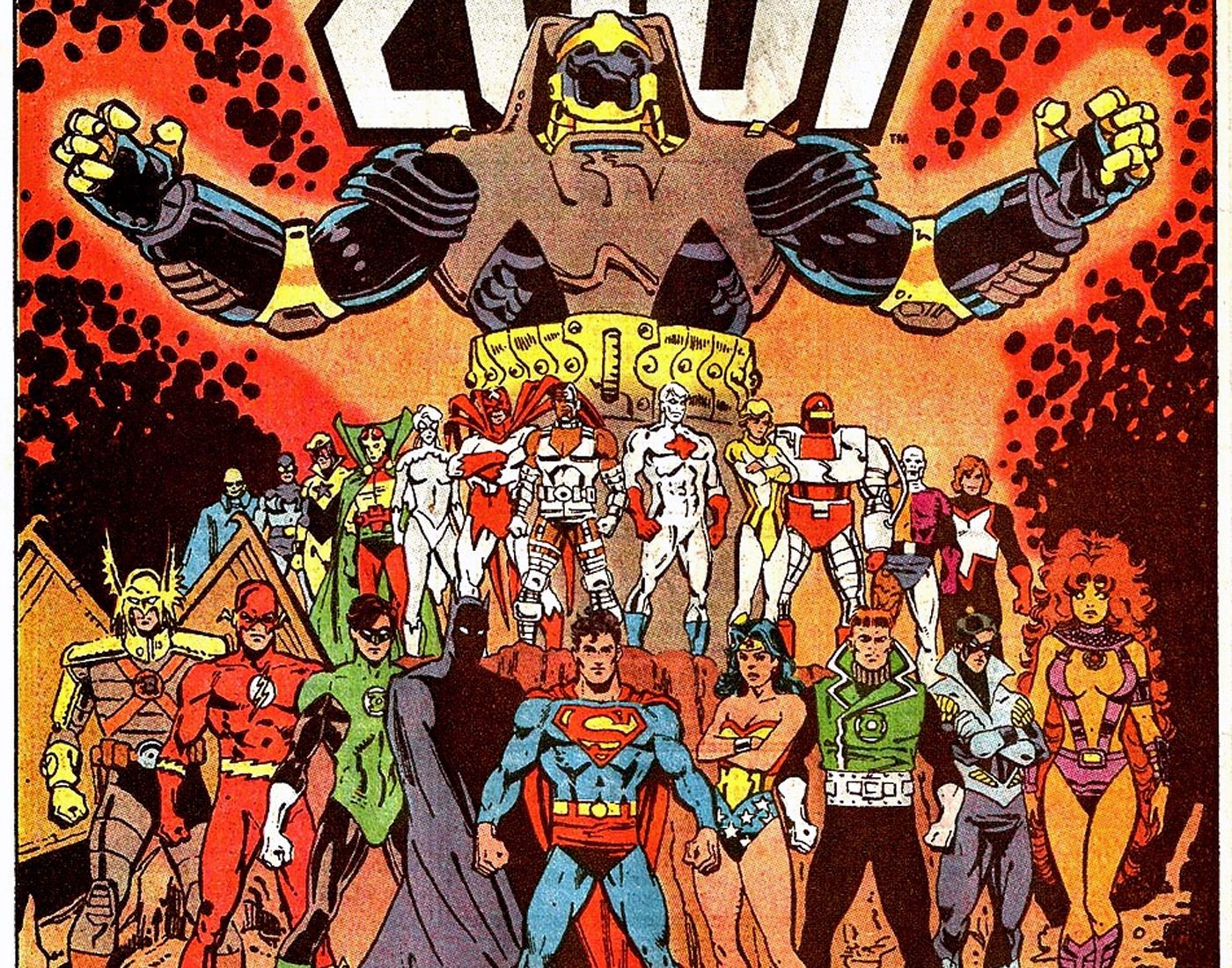 The story begins in a dystopian future ruled by the tyrannical Monarch. Matthew Ryder, a student in temporal studies, learned that Monarch was once a superhero who became a villain and destroyed the other heroes in the then-future year 2001, although he didn’t know which hero he was. Matthew went back in time to 1991 in the hopes of discovering Monarch’s identity and terminating him before he could take over. Traveling through time transformed Matthew into the superhuman being known as Waverider and he used his newfound powers to look at the state of various heroes’ lives in 2001 to identify which one would become Monarch. But when he and Captain Atom came into contact, it caused an eruption of energy that allowed Monarch to also travel back in time, determined to stop Waverider from erasing him from existence.

Monarch eventually killed Dove, enraging her partner Hawk, aka Hank Hall. Hank killed Monarch in retaliation but in doing so learned that Monarch was in fact a future version of himself. Broken by Dawn’s death and the revelation of his future, Hank donned the Monarch costume and set out to continue the previous version’s plans as a way to maintain the normal flow of time. A guilt-ridden Captain Atom attempted to fight the new Monarch alone, leading both of them to be thrown back to the time of the dinosaurs. A sequel series titled Armageddon: The Alien Agenda featured them continuing to battle each other throughout time before Captain Atom returned to the present and Monarch was left to an ambiguous fate, returning later in the Zero Hour event and JSA. 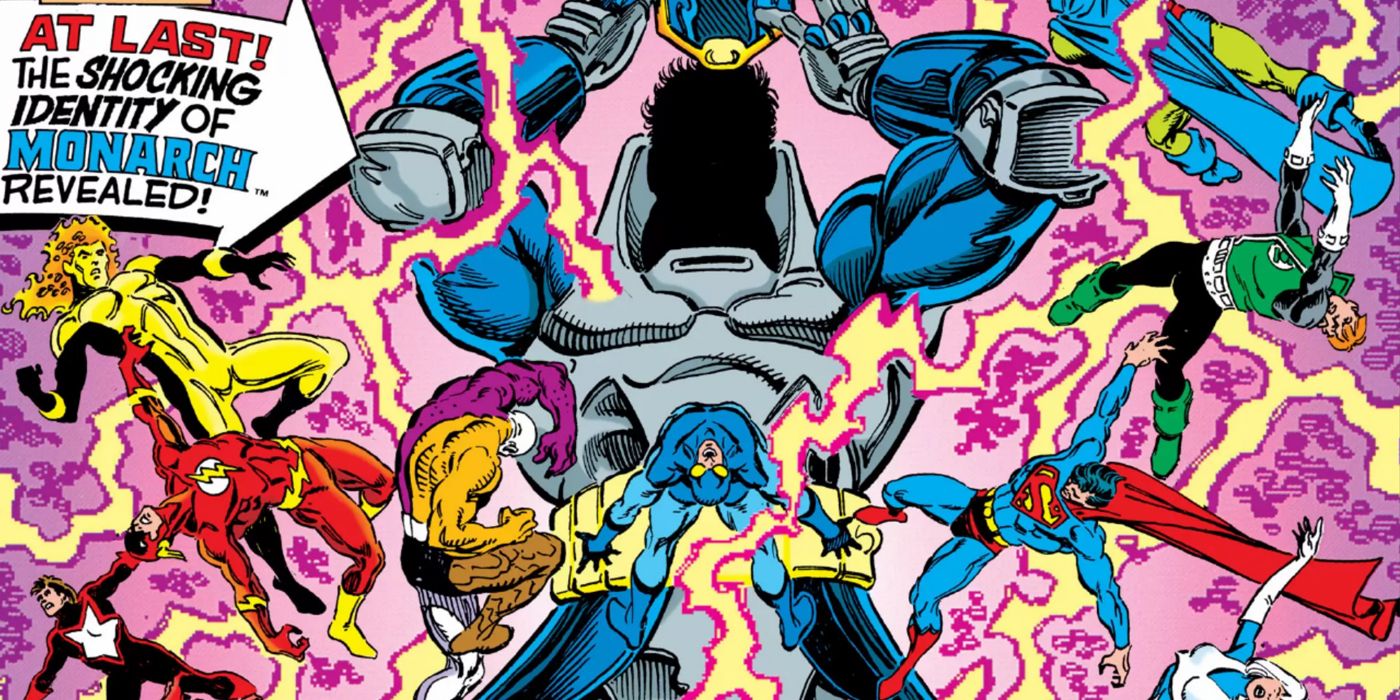 The overall Armageddon 2001 storyline was criticized, especially for the reveal of Hank as Monarch, which readers pointed out as a contradiction of an earlier scene establishing that Hawk and Dove were the only characters who couldn’t become Monarch. This was due to the creators changing the story after the original ending, in which Captain Atom was revealed to be Monarch, was leaked.

Although significant changes will have to be made, the general story and themes of Armageddon 2001 fit the Arrowverse well. Time travel has been a part of Barry Allen’s story since he was first introduced on Arrow and encountered the Reverse-Flash, who will be returning for “Armageddon.” Since then several other shows in the franchise have also employed time travel, and it is a central part of DC’s Legends of Tomorrow, in which the titular team prevents history from being altered while traveling in a time machine that is interestingly enough called the Waverider.

In addition to Reverse Flash, the event will also see the villainous Damien Darhk, and heroes Black Lightning, Batwoman, The Atom, Ryan Choi, Sentinel, and Mia Queen’s Green Arrow return following appearances in various other series. In the ’90s, Armageddon 2001 rewrote the future of the DC Universe, and “Armageddon” may very well do something similar for the Arrowverse.