After his painful experience during the Joker War, Lucius Fox’s bitterness towards Gotham’s heroes may lead to him reviving the Magistrate.

You Are Reading :Batmans Most Powerful Villains May Be Getting Darker Thanks to His Best Ally 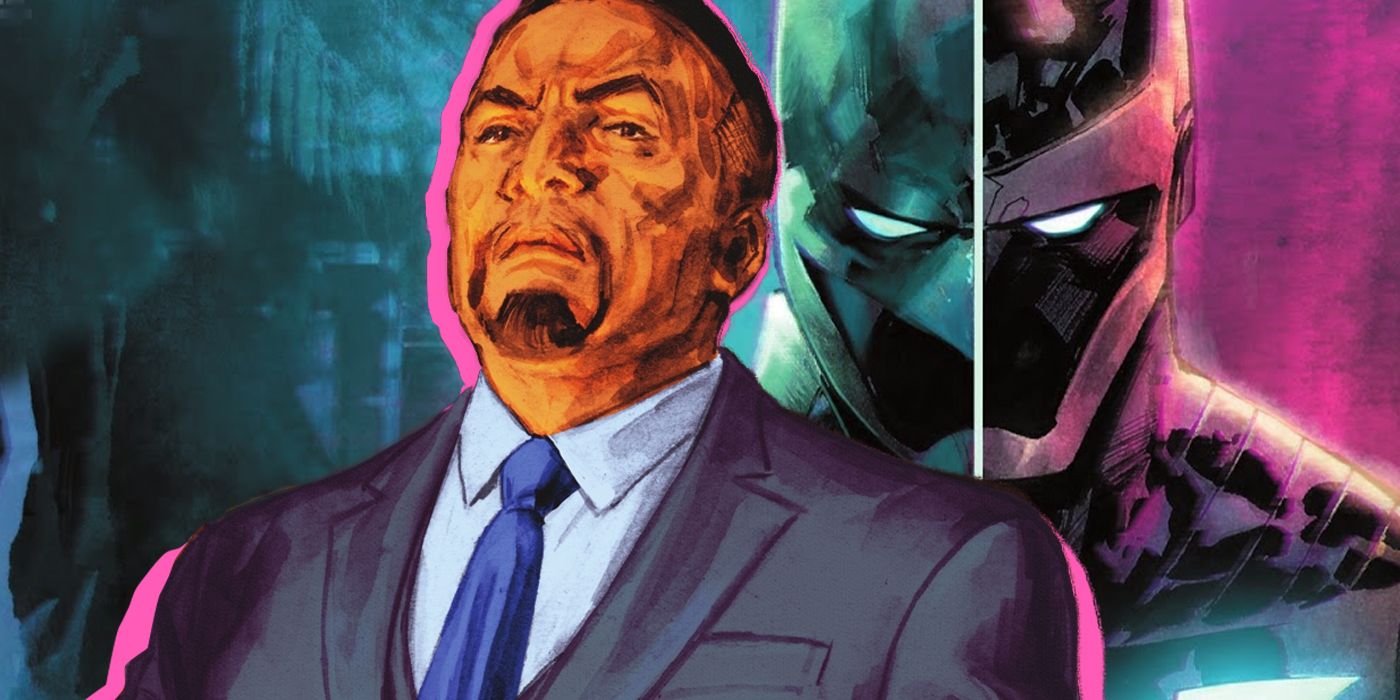 WARNING: The following article contains spoilers from I Am Batman #4, on sale now.

Lucius Fox has had a hard time of it recently. Despite recently coming into quite a bit of money thanks to the Wayne Family fortune passing to him, he has been going down a dark path. Events have conspired to put him there. His torture at the hands of Punchline during the Joker War left their own scars, but more emotional trauma would follow when his daughter, Tam, succumbed to the poison in her system, a tragedy caused by another masked criminal.

All these tragedies, coupled with his refusal to seek help to learn how to cope with them, has resulted in a mounting bitterness towards all people who wear masks. This anger and resentment may lead to him revitalizing the Magistrate in a newer, more deadly form. 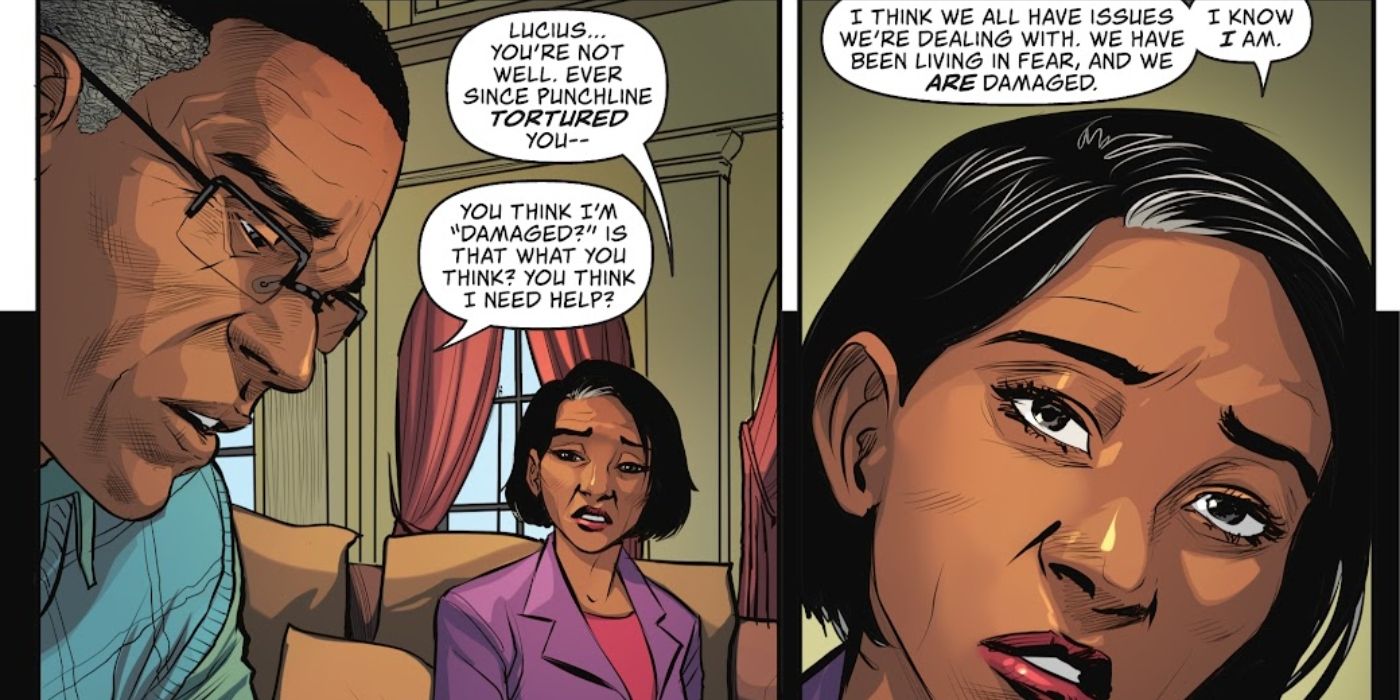 In I Am Batman #4 (by John Ridley, Stephen Segoyia, Christian Duce, Rex Lokus, ALW’s Troy Peteri), Lucius argued with his wife, unhappy that she didn’t shoot Batman when she had the chance. At this stage, Lucius has equated masked heroes and masked criminals as two sides of the same coin. He views them as a sort of “cult” believing that, regardless of where they stand morally, they ultimately do more harm to the city than good. He cited their own daughter’s medical situation as a example of this.

His wife, however, pointed out that he hasn’t been well after the torture he suffered. Though the physical wounds have healed, the emotional ones have lingered. Lucius deflected, not wanting to seek help because of the negative media it would attract towards him and his family. This highlights something else driving Lucius’ decisions: the growing pressure that comes with being a member of the elite of Gotham City. It’s not a matter of believing he needs help, he simply believes he can’t seek help. That belief though may lead to an even bigger disaster than the pain he went through. 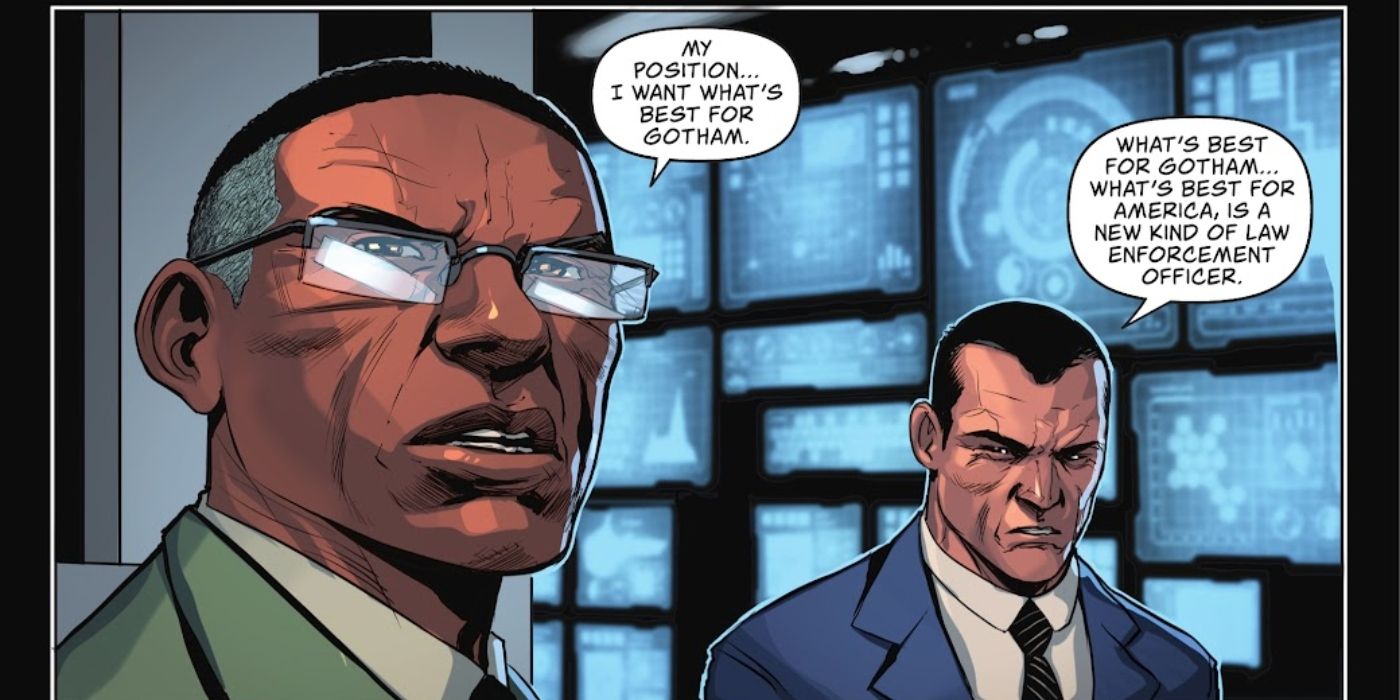 Lucius hasn’t stopped working on new technologies. One of those projects is the T.A.L.O.S. program, a project based off of Magistrate technology, but far more advanced. Under the direction of government official, Victor Noonan, the T.A.L.O.S. program would answer to the United States, effectively being a superpowered military force used for “homeland security” Lucius, despite his anger towards Gotham’s many heroes and villains, rightfully pointed out how such a military force could be abused by the government, being instead used to enforce martial law through military might.

However, Victor preyed upon Lucius’ growing spite towards masks, asking him if he believed people like Batman and his allies were more trustworthy protectors. Lucius was unable to give a definitive answer. While he is smart enough to know that this could go horribly wrong, he also has lingering pain and emotional issues that are clouding his judgement. If he gives in to his worst impulses here, it could result in a force far larger and far stronger than the Magistrate being created. Gotham’s future state could become a mere template of what could be applied to an entire country, all because Lucius has been hurt by the city’s heroes and villains one too many times.