Batman is About to Lose His One Super Power Thanks to Catwoman!

Batman is About to Lose His One ‘Super Power’ Thanks to… Catwoman!?

In Batman #90, Catwoman reveals the nature of her deal with the Designer, and it may bring down the Dark Knight.

You Are Reading :Batman is About to Lose His One Super Power Thanks to Catwoman! 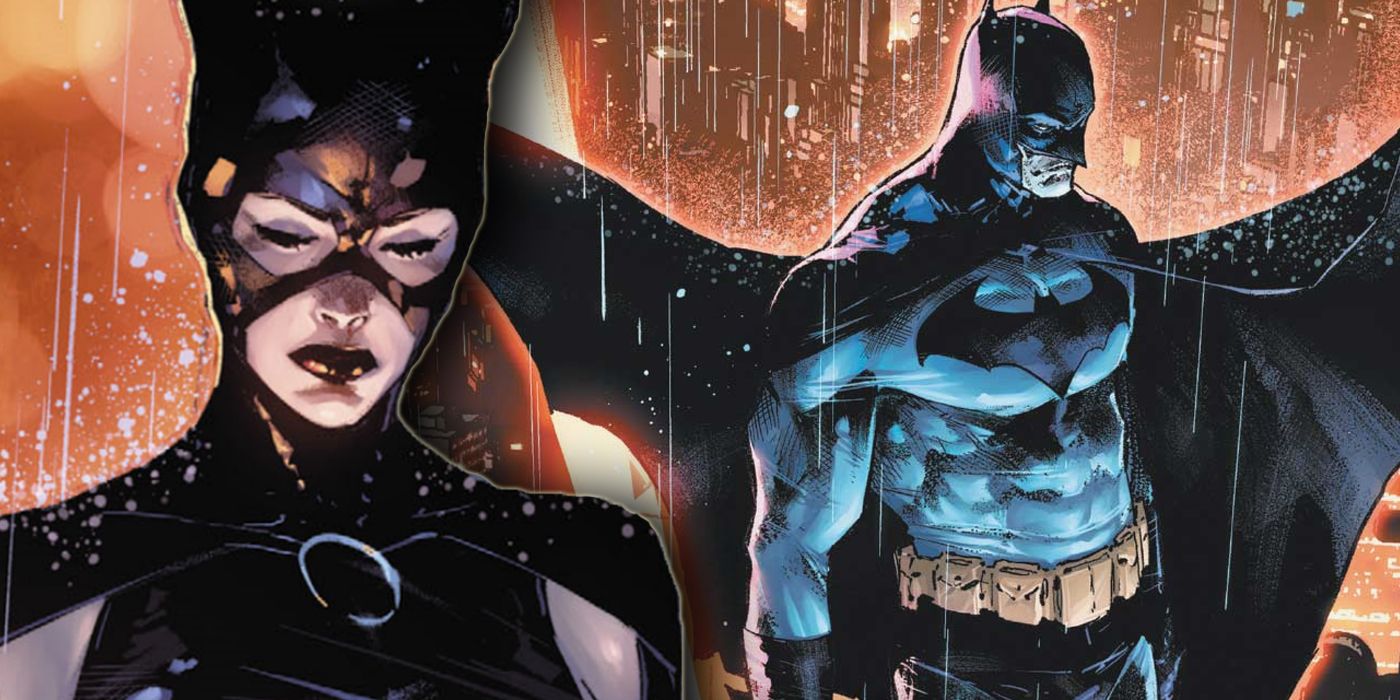 At the start of Batman’s latest storyline, “Their Dark Designs,” the Designer — a mysterious new villain with ties to Gotham’s past — has returned to the city to take vengeance on those who betrayed him and to reshape the city in his image. The villain has already set his sights on the four villains who turned on him years ago: Penguin, the Riddler, Catwoman and Joker. In the last few issues of Batman, the Designer has systematically gone after nearly all of them, through the use of hired assassins or strange, drone-like zombies.

And in Batman #90, we finally learn the nature of the deals between the Designer and all four villains, and what exactly led to their major rift. While those plans might’ve fallen through in the past, they could still bring down Batman in the very near future. 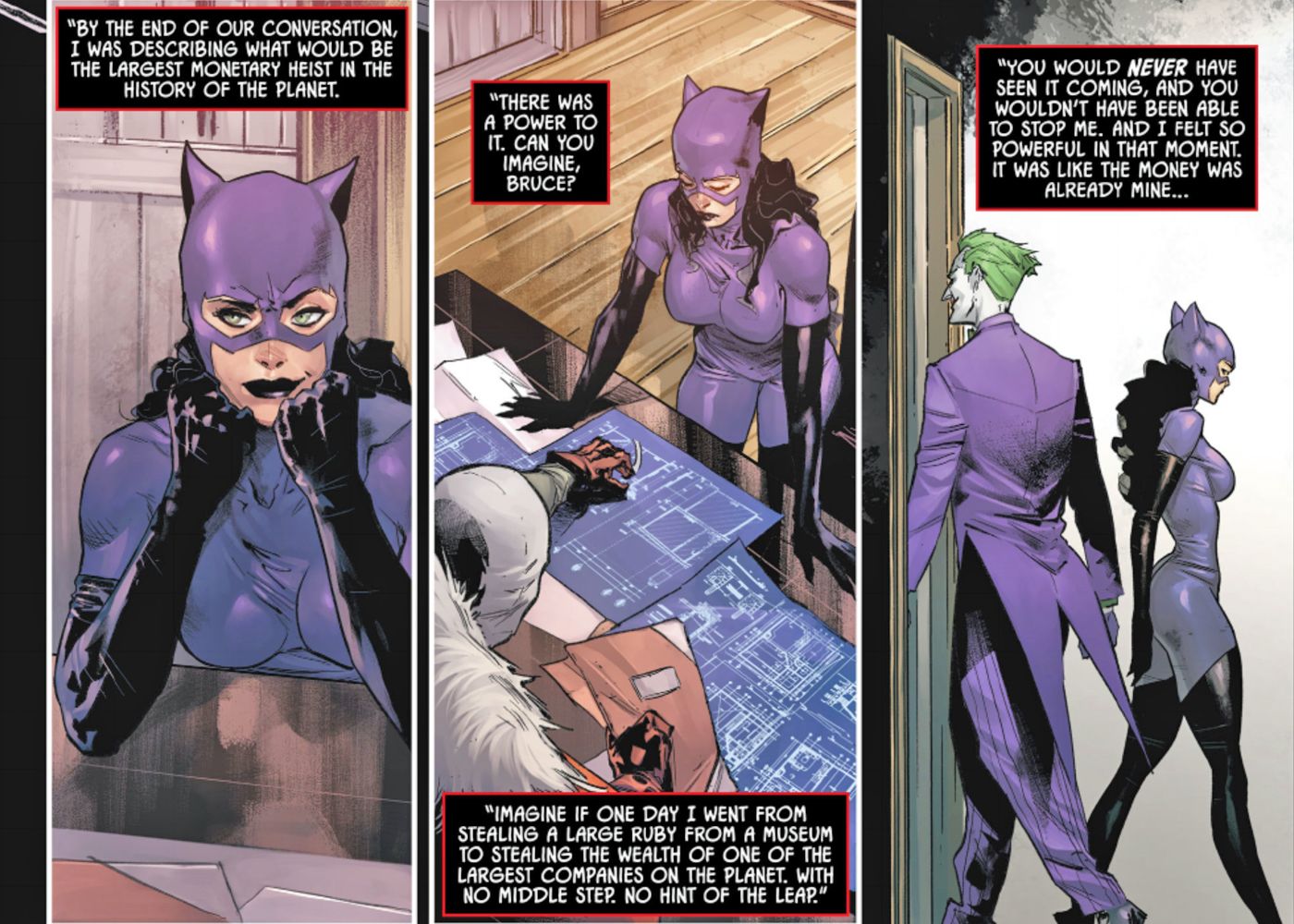 The latest issue of Batman features an extended flashback sequence depicting Catwoman, Riddler, Penguin and Joker’s first meeting with the Designer. While there, the masked villain introduced himself, revealed part of his origin story and extended an offer to all four criminals: with his help, he would allow them to achieve their biggest, villainous schemes. He promised to make plans they could only dream of into realities.

Penguin dreamed of becoming mayor; Riddler wanted to set up an elaborate scheme to defeat the GCPD; and Catwoman dreamed of stealing the largest fortune imaginable to settle her for life. During private conversations with Designer, each went into great detail as to how, exactly, they would achieve those plans. In turn, the Designer would make all of it a reality, no matter how far-fetched or improbable these designs were. Unfortunately for the villains, none of their plans came to fruition after the Joker’s meeting with the Designer turned everything on its head, creating a confrontation that would end with the Designer’s apparent death.

However, the Designer is alive, and he’s back in Gotham. Worse still, he still has the villains’ plans, including Catwoman’s plans for the ultimate heist. And as she reveals to Bruce, she dreamed of committing the biggest theft in human history by stealing the Wayne family fortune. She knew exactly how she would do it, and those precise plans are now in the Designer’s hands. 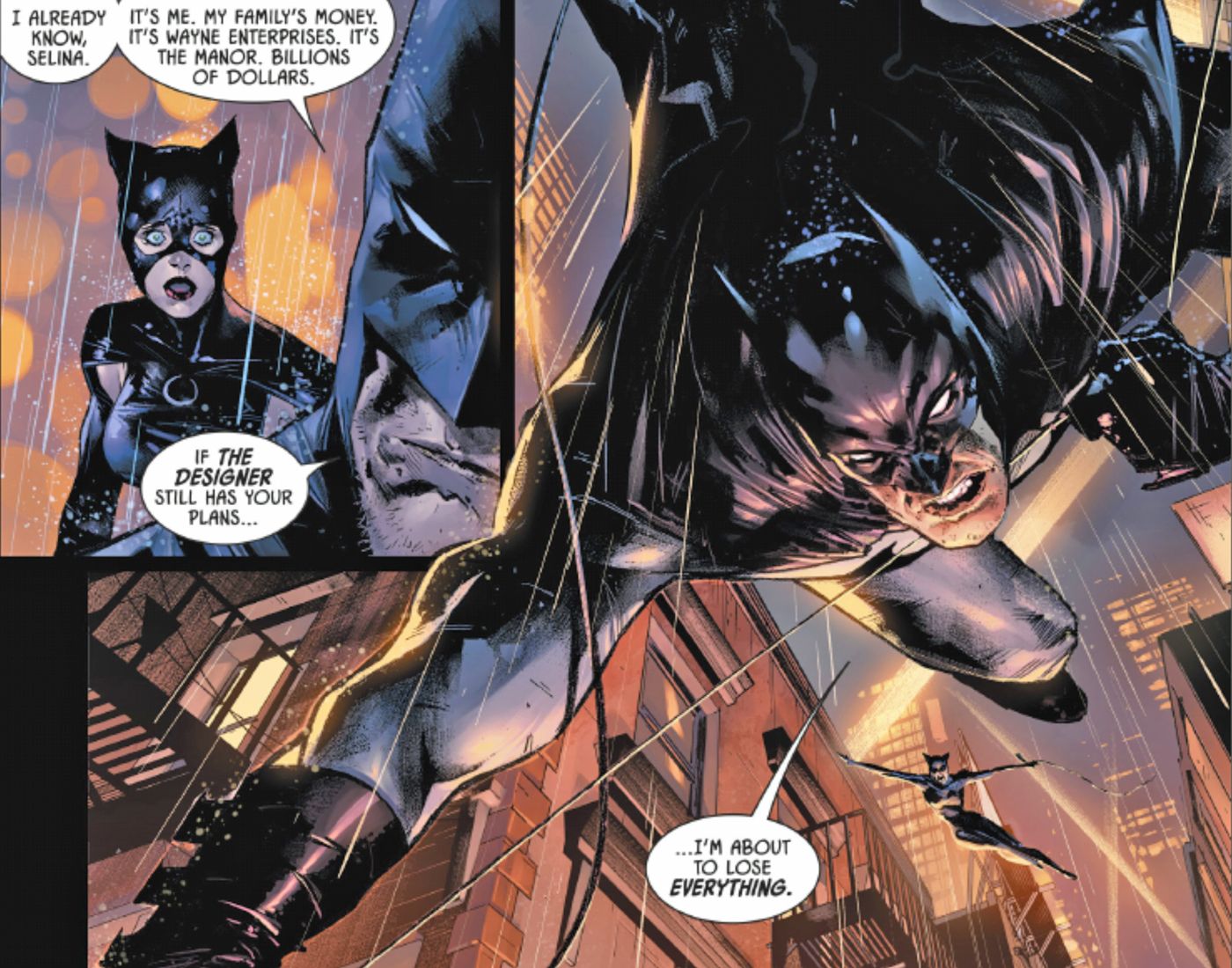 With the villain now back in Gotham and with precise plans for the city, it’s likely that he has set his sights on Bruce Wayne, who is currently in the midst of transforming and rebuilding the city’s infrastructure. With Catwoman’s plans, the Designer may be able to steal the Wayne family fortune, down to the last penny. This would leave Bruce Wayne bankrupt, and without the primary source of funding for his war on crime. Without it, he’d no longer have a house or a Batcave, and he wouldn’t have the funds for all of his wonderful toys like Batmobiles and other fancy gadgets.

Without his fortune, Batman would likely be over, and he may lose it because of the woman he loves.