Anime Perfect for the Quarantine Blues

Anime Perfect for the Quarantine Blues

Here are some of the most adventurous and action-packed anime out there, perfect for some quarantine escapism.

You Are Reading :Anime Perfect for the Quarantine Blues 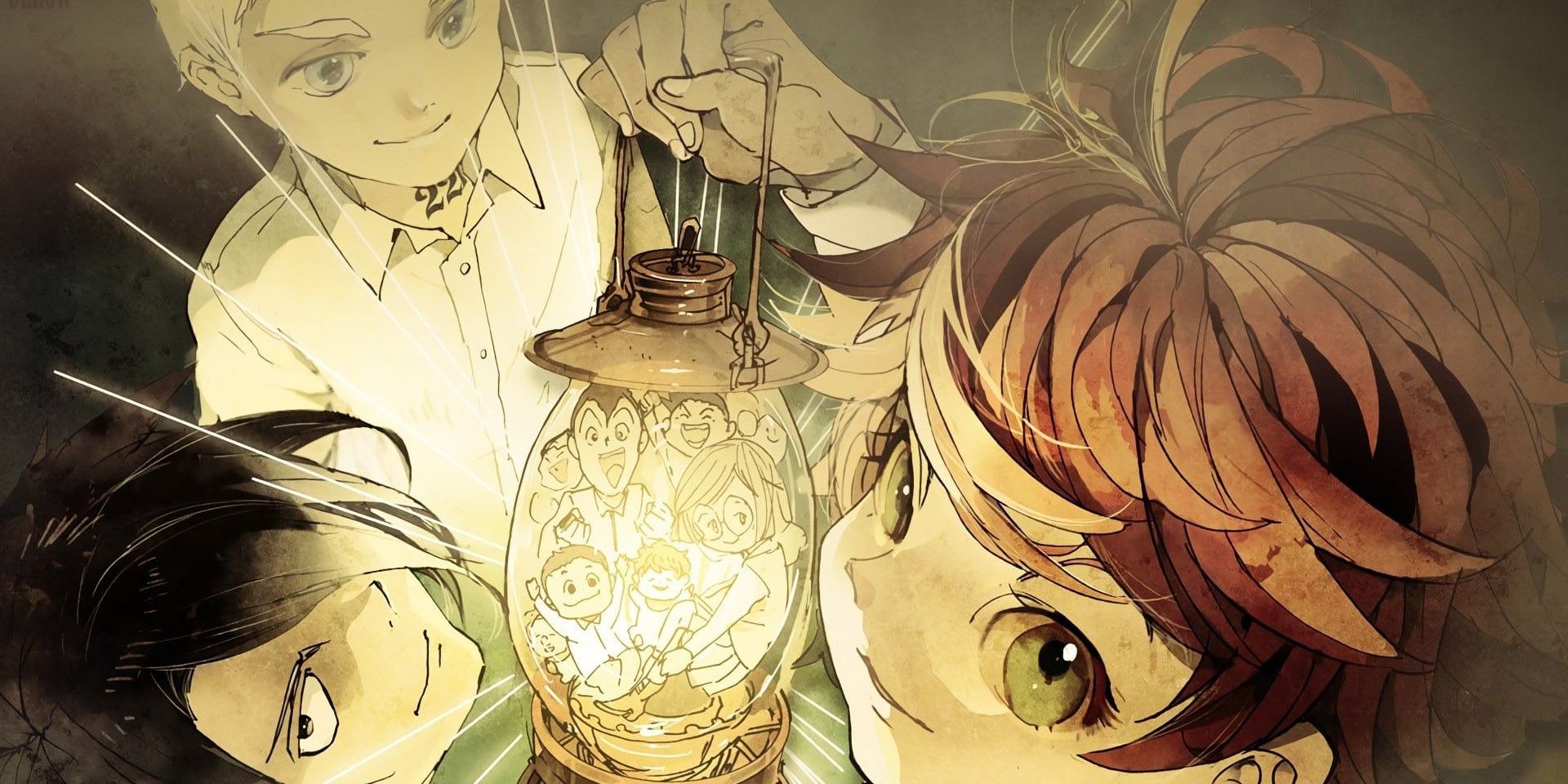 Here are a few of some of the best anime available to stream under quarantine. With lush, thriving fictional worlds, or immersive and escapist plots, these anime can help take your mind off current events and transport you into another world with ease. There’s a whole world of fantasy and adventure anime to explore! 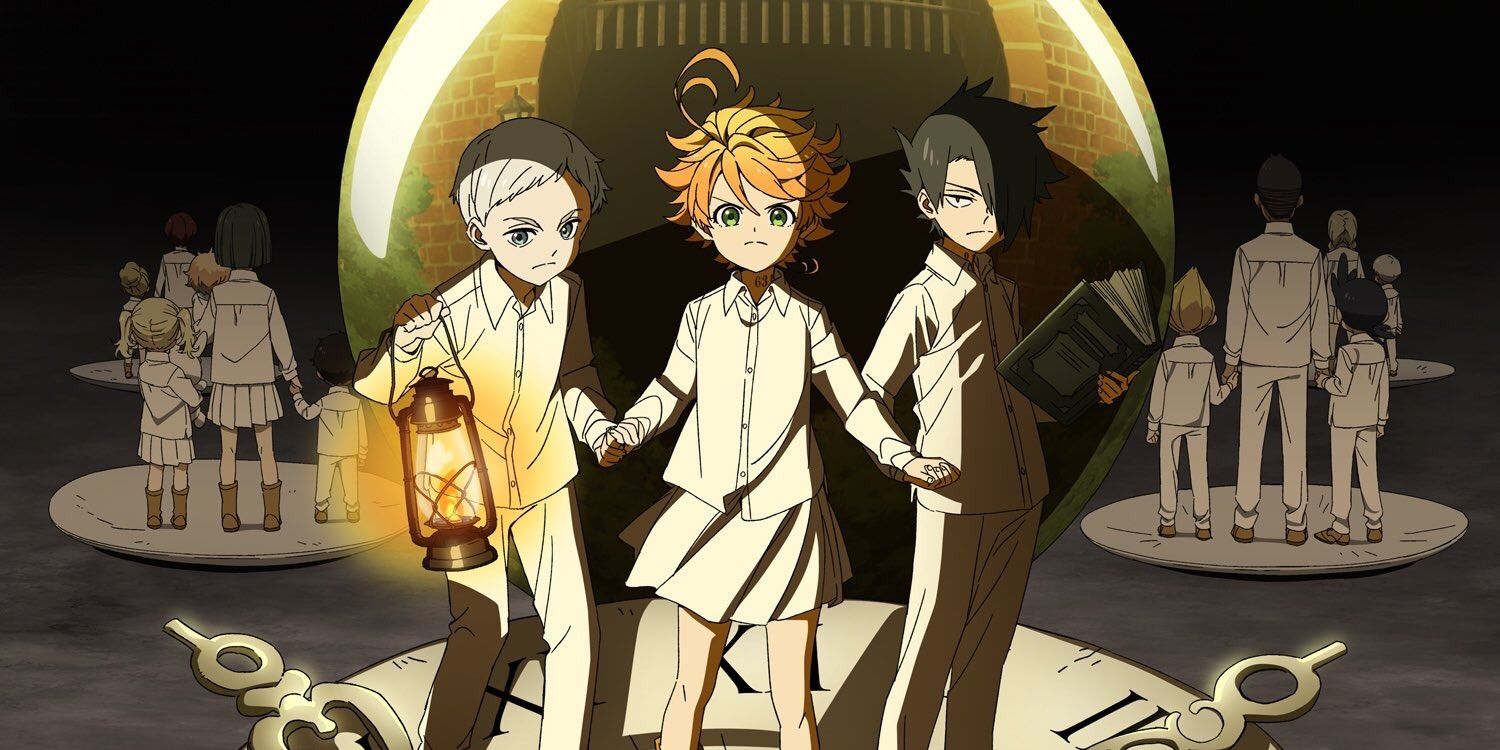 The Promised Neverland is psychological shonen in the same vein as Death Note. It takes place in an orphanage of sheltered children, all looked after by the sweet and caring ‘Mama’ Isabella. None of the children get to see the world outside the orphanage until they’re old enough to be adopted by a foster family, after which the departing child is never heard from again.

The story focuses on the three smartest and oldest of the children, Emma, Norman and Ray. The plot sets into full gear when they find out about the reality of the world outside and the true nature of Mama. Part mystery and psychological horror, and part fantastical shonen drama, this anime is perfect for those looking to escape into a dark, dystopian world. 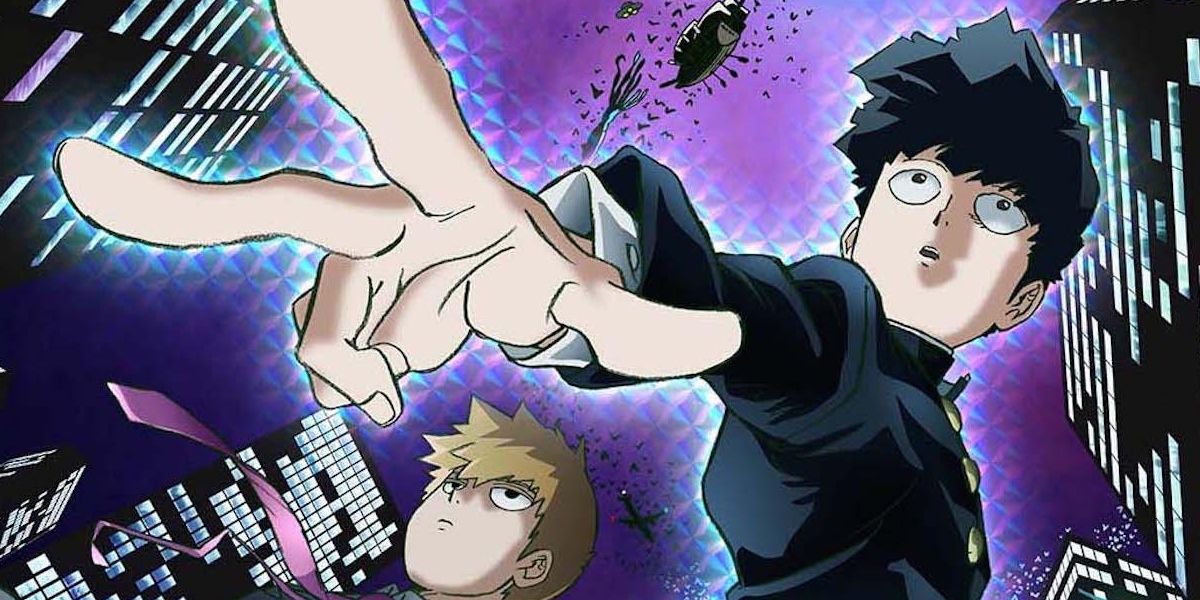 Unlike The Promised Neverland’s fantasy setting, Mob Psycho 100 firmly takes place in the modern world, albeit with the twist of psychic power being real. The anime focuses on an unassuming but not-so-average schoolboy called Mob. Mob doesn’t seem to be particularly interesting or confident individual, but somehow possesses the power of devastating psychic ability, something that he has tried to repress for most of his childhood.

See also  SpiderMan 2021 Will Be the Year of the WallCrawler

Unlike most other shonen anime, Mob Psycho subverts all of the typical tropes. Mob doesn’t want to be someone special — he just wants to blend in with other people and make normal friends. Of course, the road to self-acceptance and true friendship is a difficult one. Mob has to face many other powerful psychics, many of whom are convinced that they way to happiness is world domination. While the artstyle might not be instantly appealing to all, the outstanding animation and fight scenes are a treat to watch.

Hunter x Hunter initially follows Gon, a boy who embarks on a journey to become a hunter and in the process meet his estranged father. Soon after the first arc, however, the world of Hunter x Hunter opens up and Gon is exposed to a world that doesn’t center around him. Unlike most similar battle shonen, Hunter x Hunter is an interwoven narrative of various subplots, character arcs and differing motives.

The story continues long after Gon achieves his initial goals, and the quality of the anime only increases from there. The world of Hunter x Hunter has some of the most exciting and fun villains and side characters in all of anime. Want an anime with the high-impact battle scenes of series like Naruto, but without the typical plot and worldbuilding revolving around a happy-go-lucky protagonist? Hunter x Hunter is the show to watch. 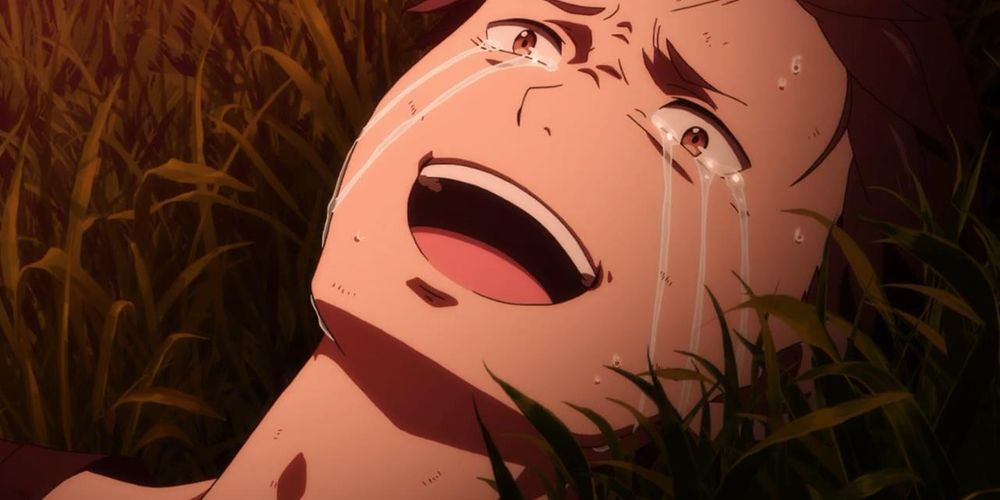 Re:Zero is the first isekai entry on this list. Although it does many of the things expected of an isekai, Re:Zero stands out from its peers. It starts off by lulling its viewers into thinking it’s another typical power fantasy story set in another world, with its protagonist Subaru, a teenage NEET, hit by a truck and sent to a fantasy world with beautiful women. Subaru himself, immediately after being transported, assumes he has escaped into an empowering fantasy just like the light novels he consumed, and convinces himself he is the white knight set to win over Emilia, a half-elf girl vying to become the next ruler of the kingdom.

Where Re:Zero sets itself apart is when Subaru’s world begins to fall apart soon before the main villain shows up. He manages to drive Emilia away from him from his stubborn, narcissistic behavior, gets killed repeatedly and resurrected at a “save-point” due to being underpowered and at one point even loses his sanity because of the traumatic events he had to endure. His ability undoing death becomes more of a curse than a power, and for once in an isekai, the protagonist has to really struggle to overcome the odds. 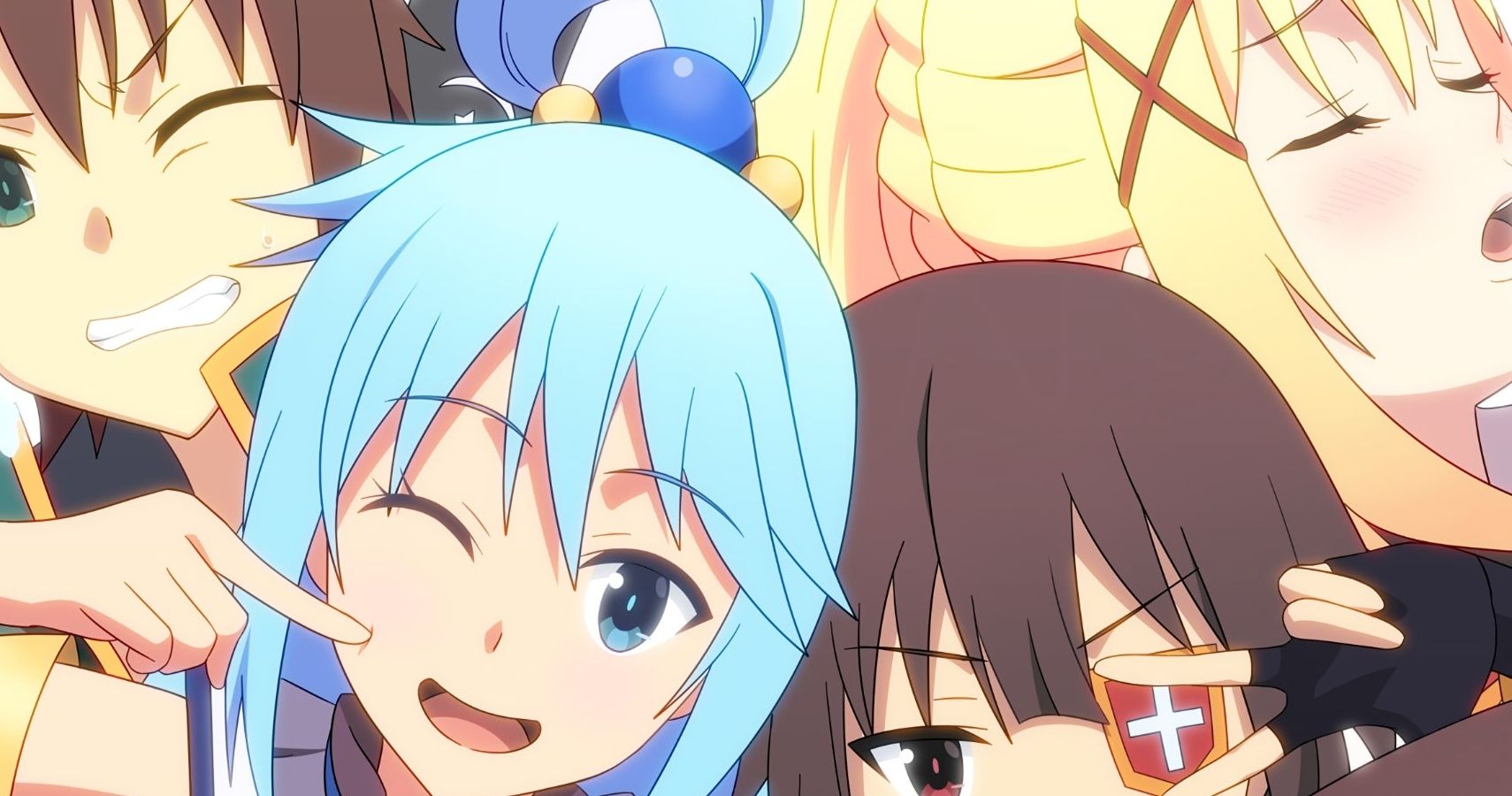 Maybe Re:Zero was a bit too dark and depressing to escape into. Perhaps you might prefer KonoSuba, an unconvential parody of the iseki genre. The anime follows the comedic antics and shenanigans of quartet of hilarious characters, each playing off of the other in a display of well-written chemistry.

The anime begins when Kazuma, a NEET, dies of a heart-attack after falsely believing he was going to be hit by a truck. Immediately afterwards, he is granted a second life by a goddess as well as one wish. Feeling spiteful at being looked down on, Kazuma wishes for the goddess to be his companion in his next life. Thus began the satirical adventures of the characters in another world.

Legend of the Galactic Heroes 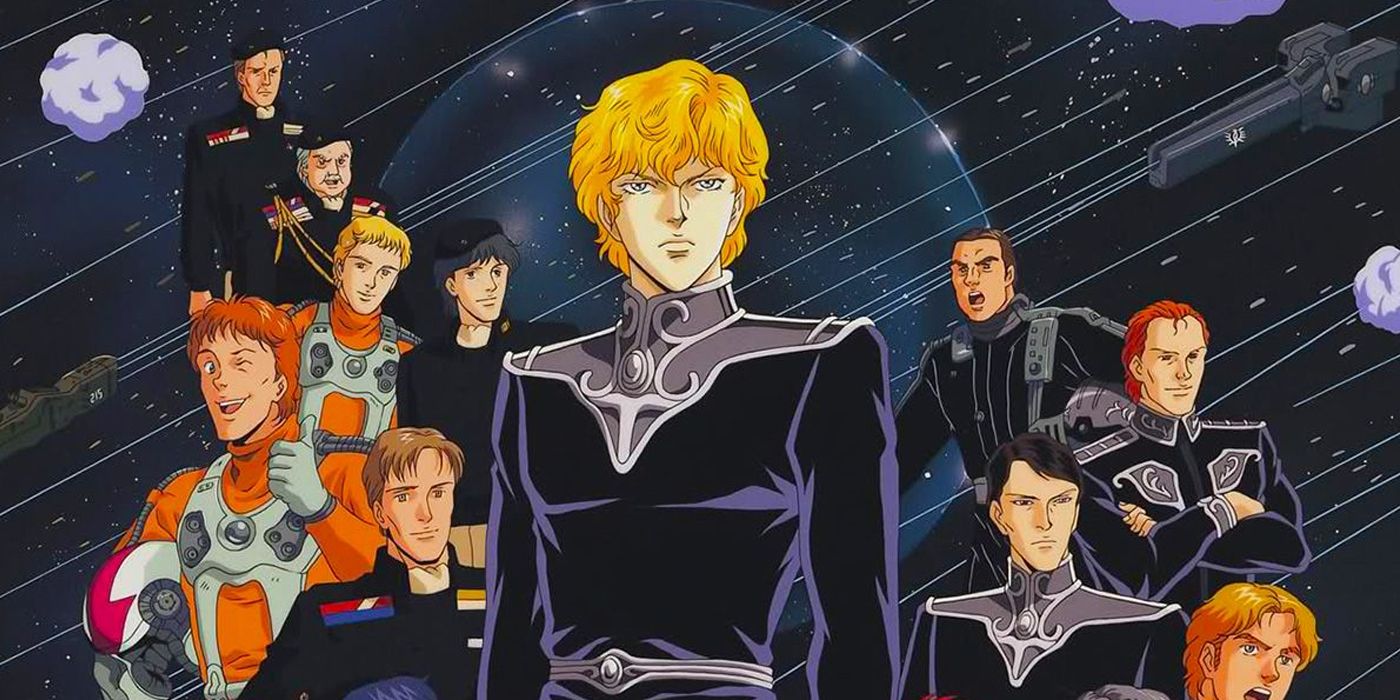 Imagine the political infighting and intrigue of the early seasons of Game of Thrones, but in space. This generally described the appeal of Legend of the Galactic Heroes. However, it is also more than that. Legend of the Galactic Heroes is also an epic space opera, much like Star Wars, but with a plot structure that explores the ideologies and subplots of its wide cast of characters, and society as a whole, instead of a rag-tag group of individuals.

With the ideological clash of democratic ideals and autocratic practicality at its forefront, this anime tells an epic tale spanning an entire galaxy and generation. Fans left disappointed by the later seasons of Game of Thrones, or uninterested in the direction of the new Star Wars films, might want to consider this classic sci-fi anime.