The wild world of anime food merchandise is either appetizing or a cause for concern.

You Are Reading :Anime Edibles The 7 Strangest Food Tieins 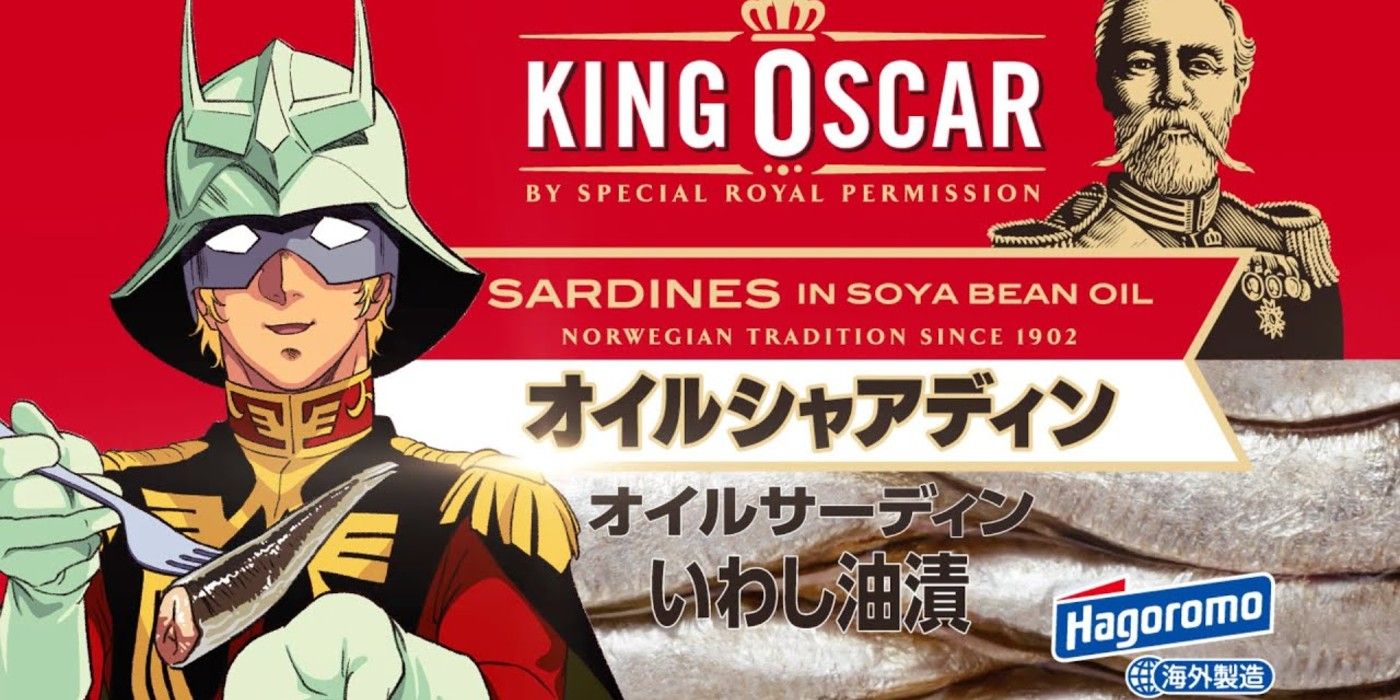 In the wild world of anime merchandise, there exists an oft-overlooked zone between t-shirts and figurines: food. Be it instant ramen plastered with a handsome anime boy’s face or a fast food chain’s attempt to cash-in, anime marketing enjoys unlimited variety. These are some of the more offbeat food-related items to have sprung up, if only for a limited time. 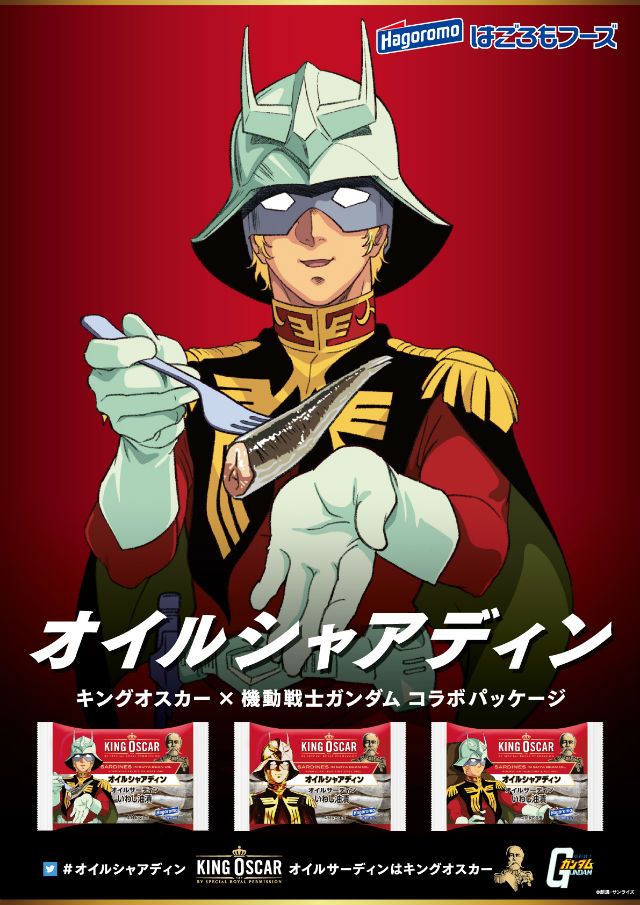 Gundam pilots are often crammed into the cockpit of their Mobile Suit, like, say, sardines in a tin. One would think that comparisons between the two end there, but for the King Oscar brand, it was more than enough reason to make Char Aznable the face of their product.

For a limited time, King Oscar Oil Sardines have become “King Oscar Oil Chardines,” bearing the name of the Mobile Suit Gundam pilot, his coy smile and outstretched arm beckoning you to take a bite of the rather large filet at the end of his fork. Fans of the classic anime will be delighted that original character designer Tsukasa Kotobuki provided Aznable with his satisfied expression, presumably after he himself consumed a tin in any number of ways as suggested by the King Oscar Twitter account. 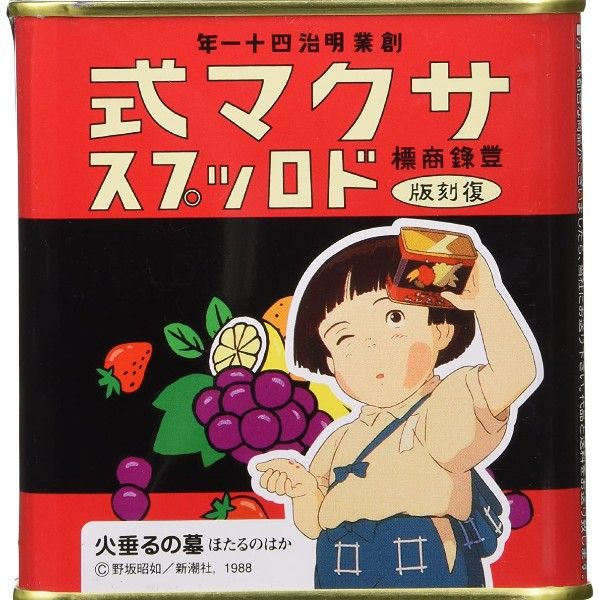 Nothing says “time for sweets” more than Grave of the Fireflies. The 1988 Studio Ghibli war-time drama follows two young siblings on a journey across Japan as they struggle to survive, fending off apathetic adults and starvation. To sate them on their travels, the duo carry along a tin of Sakuma Drops, a hard candy that the elder brother gives to his sister when the hunger panes are strong.

There is no happy ending here. Why anyone would want to be reminded of the heartbreaking ending where the younger sister deliriously mistakes rocks for candy is a question best answered after a few hours of soul searching. But, given the film’s popularity, Sakuma Candy Co. released a commemorative tin featuring the little girl searching desperately for a bite to eat for fans who wish to burst into real fruit juice-flavored tears. 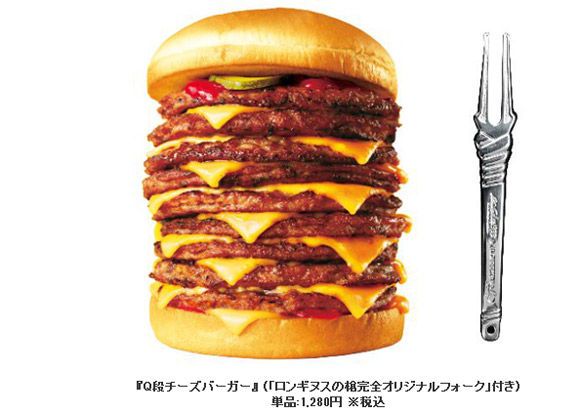 In 2013, fans of Neon Genesis Evangelion experienced a personalized Second Impact when the “Q-Dan Cheeseburger” arrived on a fast food chain’s menu. The burger, created by Japanese restaurant Lotteria, boasted nine beef patties and nine slices of cheese stacked higher than an Eva Unit in celebration of the series third film, Evangelion: 3.0 You Can (Not) Redo. The name is a pun on the Japanese title Evangelion Shin Gekijō-ban Q, wherein “Q” sounds like the number 9 in Japanese.

Along with the burger came a “Fork of Longinus,” because it would have taken an act of God to finish this monstrosity off. The fourth and final film is due out sometime in 2020 — barring another setback — which means that perhaps another calorific tie-in will appear on the radar and make a beeline for the nearest open mouth. 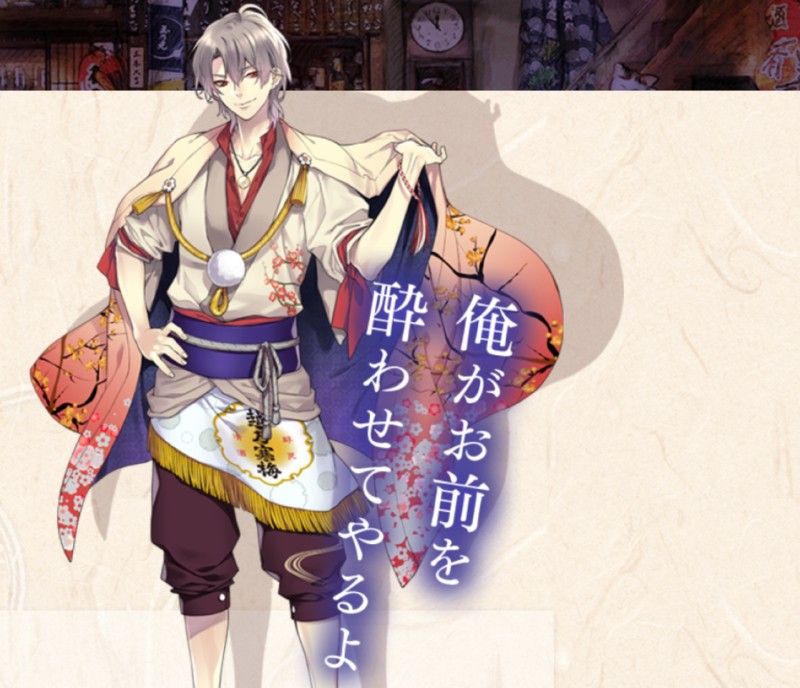 Sake, Japan’s national beverage, has finally been given it’s rightful due: an anime adaptation in the form of handsome boys. Eight of Japan’s most popular brands of the rice-based alcoholic beverage have been anthropomorphized into a series called Miki no Mikoto, literally “Lords of the Sake Offered to the Gods,” from Bandai Namco Entertainment. Each overly attractive ‘God’ represents an actual, real-life Sake brand and is given a backstory relating to their beverage counterpart’s actual history.

The pretty boys work at Matsuyoian, a restaurant serving gods and spirits. The group’s head honcho, Koshi no Kandai, promotes the restaurant by exclaiming, “I’ll get you drunk.” If after watching the series you fall in love, worry not: the brands are readily available wherever sake is sold in Japan. Thirteen episodes of the series are scheduled for release this year in Japan. 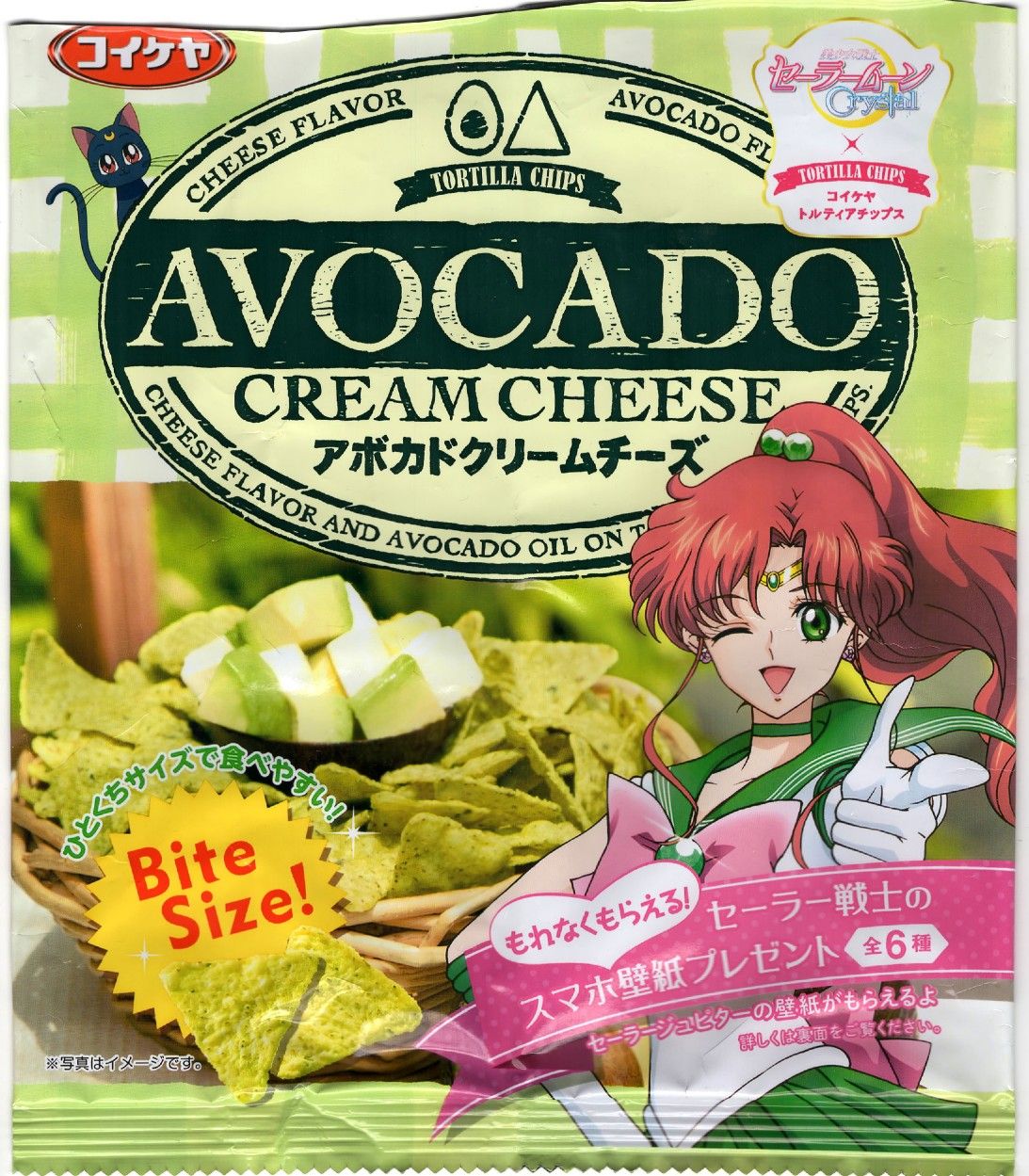 Sailor Moon and her squad of magical teenage girls have been fighting evil by moonlight and winning love by daylight for decades. Betwixt the transformations, Usagi and friends love to chow down, and perhaps they would have swooned over tortilla chips bearing their own faces.

In 2014, Japanese chip maker Koikeya launched a line of Sailor Moon branded tortilla chips replete with each of the smiling Sailor Scouts, as well as Tuxedo Mask. The lineup came in three distinct flavors: Avocado Cream Cheese, Balsamico Grilled Pork and Bagna Cauda. There may have been only three flavors, but there were 18 variations of the packaging, meaning that whatever the situation, there was a Sailor Scout ready to suit your fancy.

Move over, readily available and completely uncomplicated sliced bread, there’s a new kid in town: canned bread. The official One Piece shop Mugiwara has released its own canned bread to get in on this hot bread action in the same way that The Straw Hats would set out with gusto in search of legendary treasure.

The item, donned with the entire cast of pirates, features Luffy with his arm extended as he offers a peace sign and a warm welcome to the world of canned bread. He’s right in suggesting that the bread is nothing to be concerned over, in fact, it’s topped with an easy-open pull tab so that a can opener isn’t necessary when the urge strikes to consume canned bread.

No word on if the bread is actually a Devil Fruit imbued with weird powers, however. 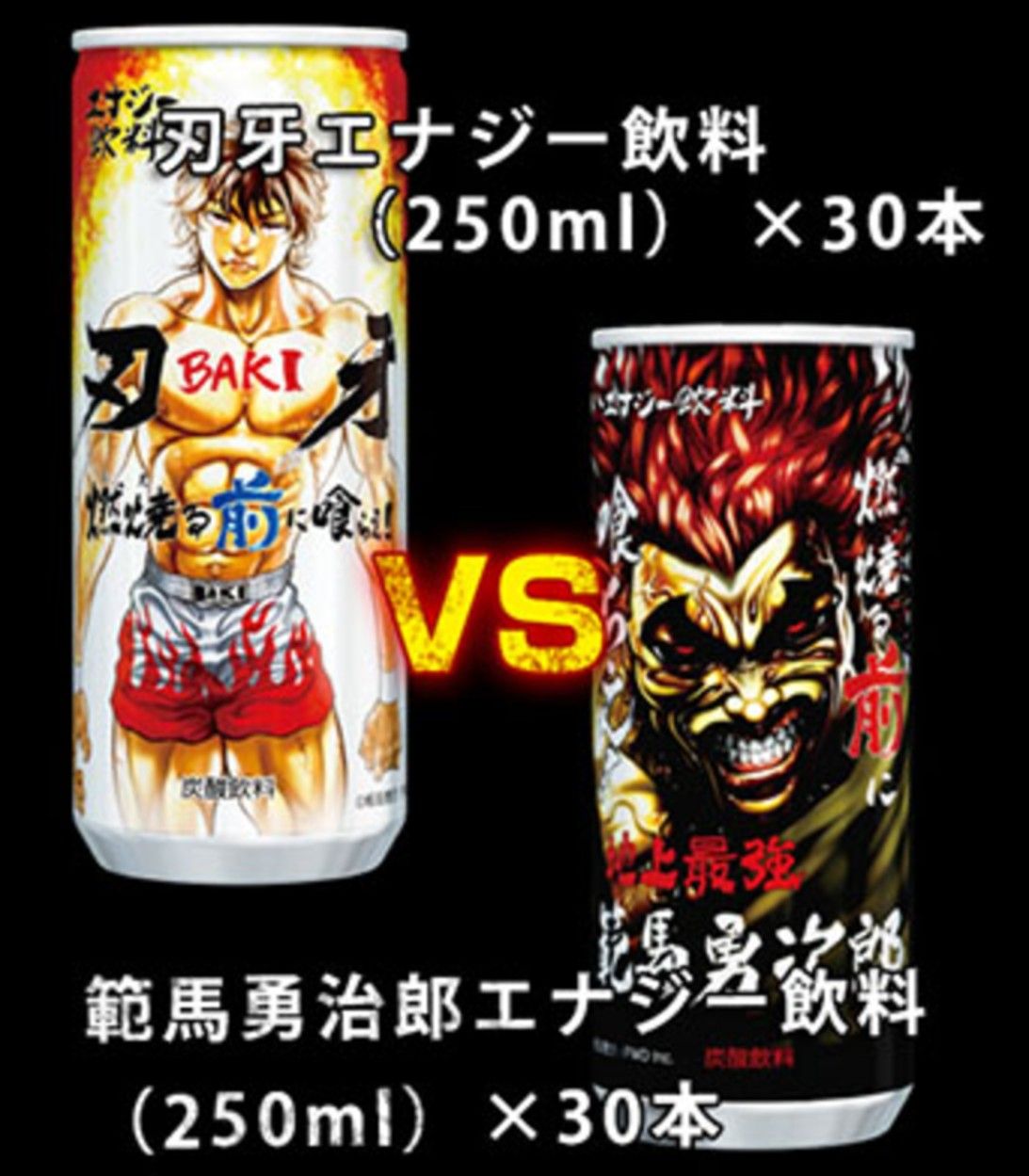 Athletes are known for being strong-willed and determined to win at all costs, but what if the price to be paid comes in the form of powdered ant? Supplement producer Alpron Group released a series of energy drinks based on the series Baki the Grappler in a variety of flavors and ingredients back in 2014. The drinks were said to contain powdered ants, scorpions, sea horses and turtles, to name just a few unorthodox additives.

On top of being a concoction one might find in a witch’s cauldron, they were said to have an insane amount of caffeine to boot, and an earlier Baki energy drink included an infusion of cobras and pit vipers. If winning the championship requires taking a chance with a Baki the Grappler energy drink, perhaps it’s best to throw in the towel.