Episode 2 of Adachi & Shimamura shifts the focus to Adachi while the mysterious little astronaut reveals an otherworldly origin.

You Are Reading :Adachi & Shimamura Adachis Growing Feelings Lead to Some BOLD Actions 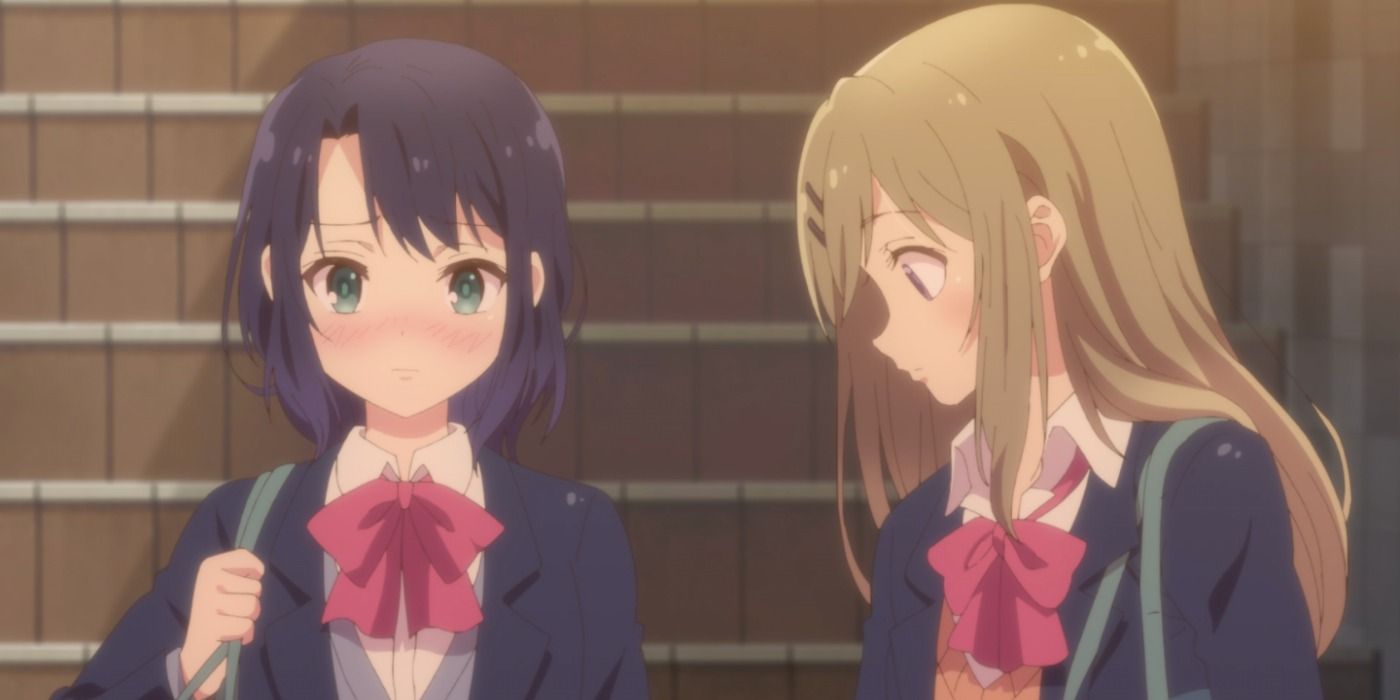 If the series premiere of Adachi & Shimamura was a slow-burner, this episode turns up the action and intrigue with feelings developing and mysteries slowly unraveling. Adachi has romantic dreams about kissing Shimamura and, while Shimamura’s feelings to this point remain less clear, that’s not stopping the adorably awkward Adachi from some bold attempts to steer their friendship in a more intimate direction.

Meanwhile, the mysterious little astronaut, Yashiro Chikama, reveals some astonishing new information. Yashiro claims to have come to Earth from another planet in search of a comrade. While Yashiro comes off as silly and nonsensical at times, their fishing hole conversation with Shimamura also includes an anecdote that directly relates to Shimamura’s lax approach to life. 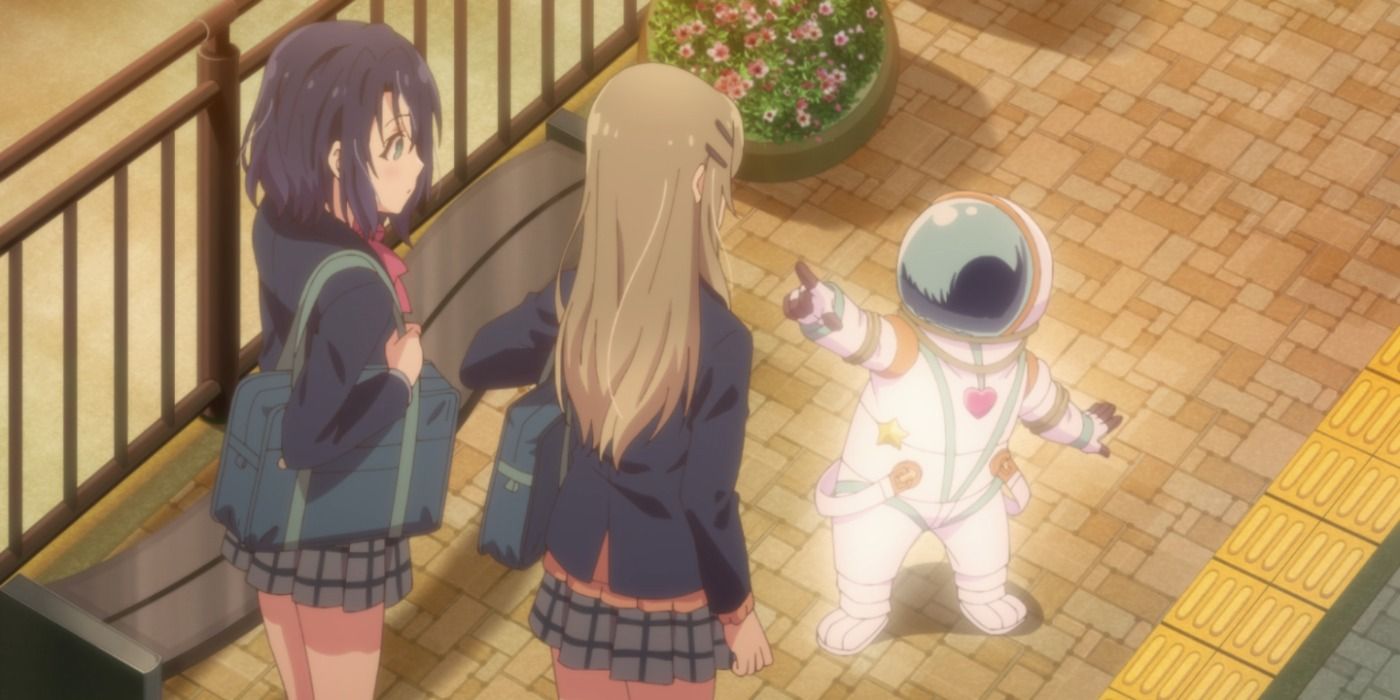 While the two are fishing together, Yashiro talks about the importance of casting one’s line out, trying new things in life and being open to letting new people in. To someone like Shimamura, who has friends but prefers to avoid getting too close to others, it’s a strikingly relevant metaphor — which leads into a host of new developments between her and Adachi.

While Episode 1 was guided by Shimamura’s narration, this time it’s driven by Adachi’s point of view. The first scene of the two girls together features them back in the gym loft, Adachi laying in Shimamura’s lap as if it’s the most natural place in the world to be. It’s a sign of their growing closeness that, after all the ping-pong matches, they don’t play a single game this time. Rather, they talk about their lives, school and Adachi’s job, all while Shimamura strokes her hair. She internally compares Adachi to a cat who needs care and attention and, being a “go with the flow” type, she’s happy to provide it. Shimamura doesn’t yet grasp the intimacy of these moments, but Adachi certainly does. 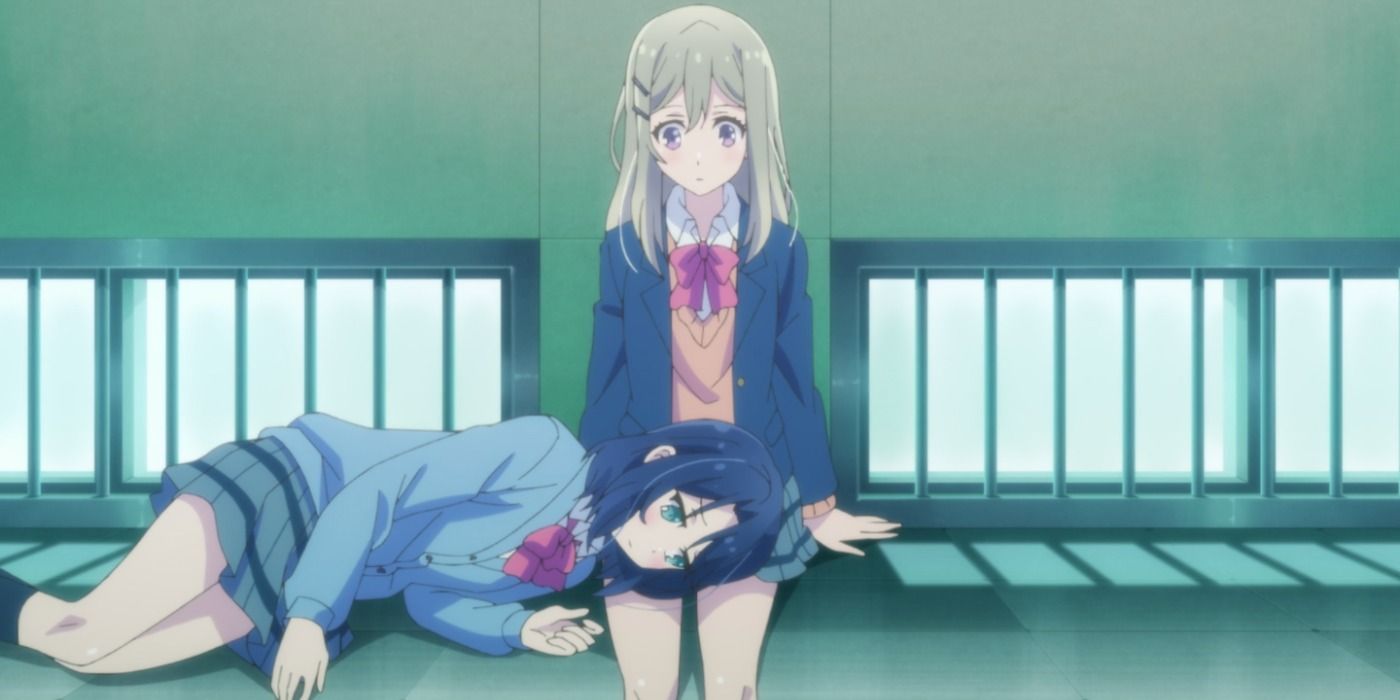 Adachi spends the episode actively trying to get closer to Shimamura as they feed each other donuts, hang out at Shimamura’s house and even hold hands in public. All the while Adachi wrestles with her feelings, insisting that all she wants is to be Shimamura’s most important friend and spend time alone together. Which makes it all the more notable that Adachi, the shier, more introverted of the two, is the one making advances. But she’s not aggressive — Adachi’s gentle, earnest ways allow Shimamura room to decide if she’s okay with what Adachi wants.

Just as the two are walking through town hand in hand, little Yashiro appears. The intimate atmosphere quickly dissipates as Yashiro begs for a donut from Shimamura, who is excited at the chance to finally see beneath the mysterious astronaut’s helmet. Unfortunately, her plan is foiled as Yashiro’s helmet opens just enough to eat the donut while still hiding their face. Adachi is neither shocked nor interested by Yashiro’s sudden appearance. Instead, she’s bummed that someone interrupted their special moment and took Shimamura’s attention away. 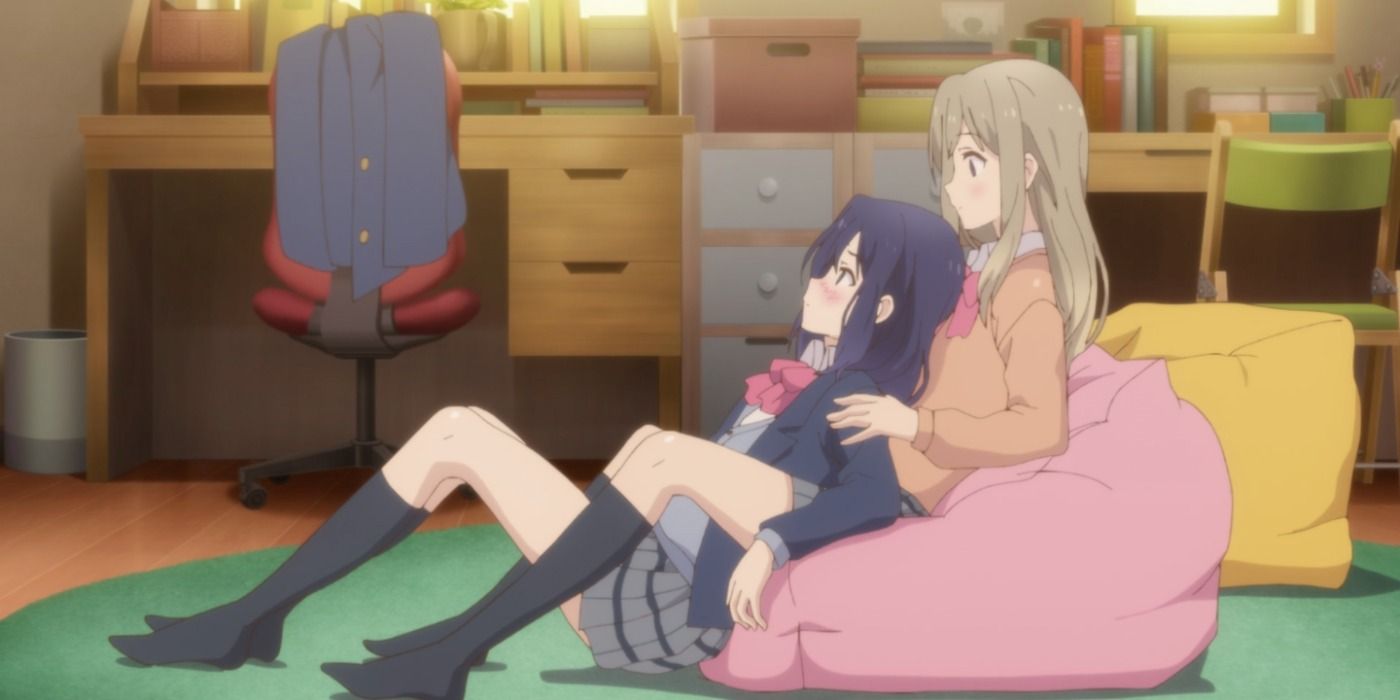 Despite her internal denials, deep down Adachi knows she wants more than friendship with Shimamura. While she likes Hino and Nagafuji well enough, her time with Shimamura is most enjoyable for her when it’s just the two of them. She feels a little more open and confident during those times, like the person she wants to be. Likewise, Shimamura considers Yashiro’s earlier advice to make the most out of life and decides, with Adachi, to start attending class more often so they can move up a year together. It’s an important shift as it shows Adachi & Shimamura isn’t just about romance, but two people on a journey together who are starting to bring the best out of each other.

When Adachi musters up the courage to ask Shimamura to hang out, they go to Shimamura’s house. There, Adachi suddenly remembers a dreams in which she’s sitting between Shimamura’s legs, being coddled. In a moment of high internal intensity, Adachi boldly asks her to do just that. To her complete shock, Shimamura again agrees as if it’s the most natural thing to do. This constant rationalization — seemingly without any romantic desires — encourages Adachi to keep testing their boundaries bit by bit. The two sit together, just like in Adachi’s dream, but the situation becomes too intense to handle as she soon leaves Shimamura’s house and is aghast at her actions.

The quiet, introverted Adachi endures multiple awkward moments from her feelings, actions and even from Shimamura’s family seeing her at work wearing a cheongsam dress — but her feelings for Shimamura give her the courage to overcome it all. Likewise, Shimamura takes thoughtful advice from the enigmatic Yashiro and is trying to better herself and let Adachi in. This gives the little astronaut something of a guidance role, despite their childlike behavior. Slowly but surely, an intimate friendship is developing while everyone’s roles grow more connected.