The latest issue of Action Comics sets up the final pieces and major players for DC Comics’ next crossover, Event Leviathan.

You Are Reading :Action Comics #1011 Successfully Sets the Stage for Bendis Event Leviathan 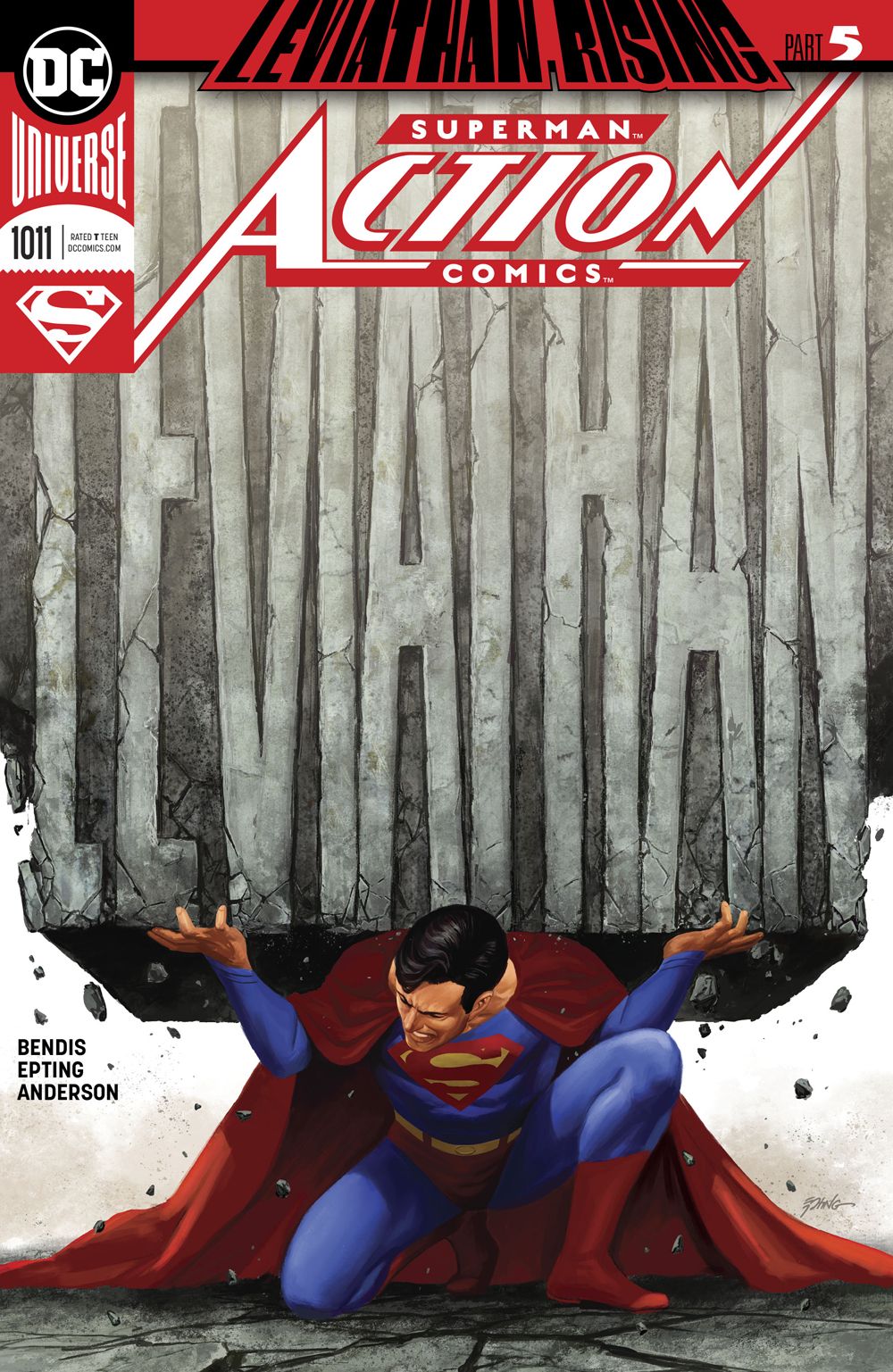 With DC Comics’ next big comic book crossover, Event Leviathan, poised to launch in less than a month, the latest issue of Brian Michael Bendis and Steve Epting’s run on Action Comics serves entirely as setup. The series continues to raise the stakes of the upcoming story while moving characters that are virtually guaranteed to play major roles in Leviathan into position. The latest issue is an excellent setup and must-read for those interested in the coming crossover, but less fulfilling for those looking for a straightforward Superman story. In the creative team’s defense, however, the former and not the latter appears to be the overall goal for the issue.

We open in media res as Manhunter makes her DC Rebirth debut in possibly the most appropriate way for Kate Spencer; backed up against the wall for a crime she didn’t commit and forced to go run the run across nighttime rooftops. It’s the most effective sequence of the entire issue, not just as a fantastic opener, but also as an introduction to the character to the current era of the DC Universe. From there, Superman and Lois Lane continue to explore the global reach of this villainous new threat operating from the shadows, leading to several familiar faces for readers of Tom King, Tim Seeley and Mikel Janin’s fan-favorite Grayson series reappearing to assist Lois and Clark in their investigation.

Bendis continues to show a remarkable aptitude for nailing Superman’s voice as well as much of the title’s supporting cast, including Lois and Jimmy Olsen. Despite being one of the most prolific Marvel writers for well over a decade, Bendis has had a firm handle on the extensive cast of DC Comics characters he has written for the past year, and that expands to the new additions to the storyline he introduces here. Years of writing numerous ensemble books has honed Bendis’ ability to juggle multiple plot threads, each with their own respective characters, rather well.

Having said that, this issue runs particularly heavy on exposition as the last bit of setup before the upcoming Event Leviathan special officially kicks off the comic book crossover. This can throw off the pacing of the issue at times, as Bendis and Epting maneuver the expanding cast into their proper positions for the start of the coming event. Fortunately, Bendis offers enough bits of vital information and balances the varied cast’s voices well enough to keep it all moving along during the more dialogue-driven sequences.

Steve Epting and colorist Brad Anderson handle the visual duties for the story arc. Acclaimed for his work in espionage-tinged titles, Epting adds a layer of darkness and shadow not normally prevalent in a mainline Superman title, but still stays perfectly in line with both the character and the story the team is trying to tell. The Man of Steel doesn’t normally become embroiled in the world of intrigue and clandestine intelligence organizations, and there is no better art team to bring Lois and Clark right into the middle of it than Epting and Anderson, as the two continue to bring their A-game to the series.

Event Leviathan, like most comic book events before it, promises to change the DC Universe as we know it. With the issue of Action Comics, the creative team has certainly expanded the crossover’s cast and set up the stakes for the new threat, which is targeting the various intelligence organizations of the DCU. Heavy the exposition given the nature of the story it’s trying to tell, Bendis and Epting deliver an issue true to the characters while foreshadowing darker days to come.

Sam Stone is a 10th level pop culture guru living just outside of Washington, DC who knows an unreasonable amount about The Beatles. You can follow him on Twitter @samstoneshow and ask him about Nintendo, pop punk, and Star Trek.