5 Magneto Costumes We Loved (& 5 He Should Never Wear Again)

5 Magneto Costumes We Loved (& 5 He Should Never Wear Again)

Magneto can pull off a lot of looks, but some of these costumes do not put his best foot forward.

You Are Reading :5 Magneto Costumes We Loved (& 5 He Should Never Wear Again) 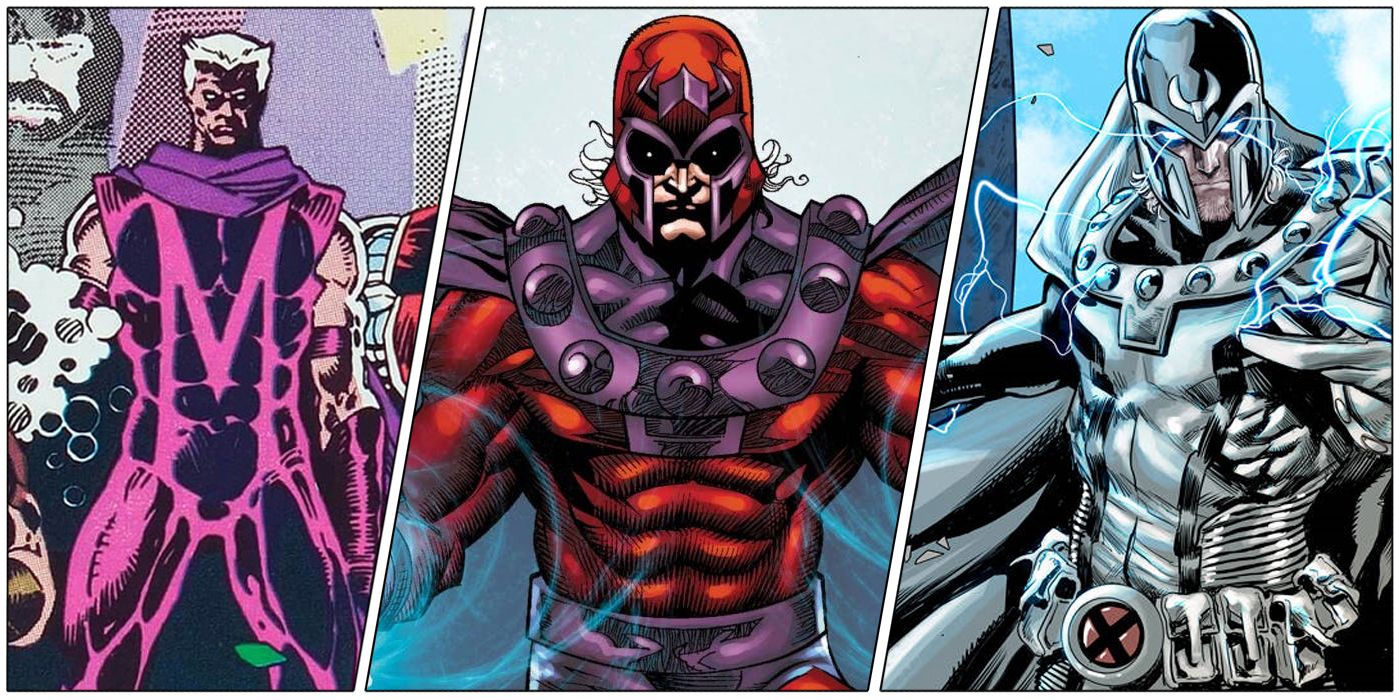 For as long as the X-Men have been around, Magneto has been there to oppose, or as is the case more recently, join them. The Master of Magnetism has had a few different origin stories over the years, been de-aged, impersonated, and even cloned, so to say he’s switched costumes a lot almost pales in comparison.

But, Magneto did change his costume quite a bit over the years. Fans have seen different artists’ interpretations of his classic costume while also attempting to wildly change his appearance, often determined by which side of good or evil the character was currently standing on. So today we are going to take a look at a few of our favorite and most hated Magneto costumes. 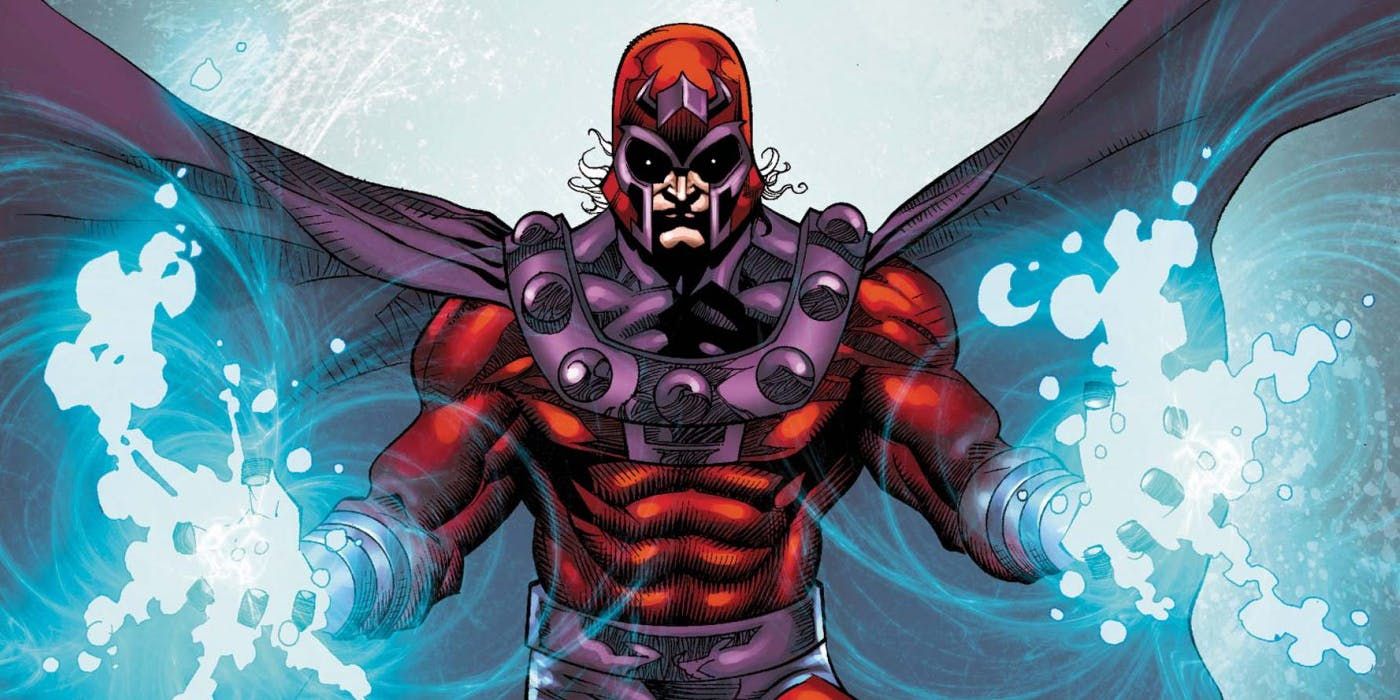 It’s hard to improve on the original costume, which has become the most widely recognized look for Magneto. The red and purple coloring is often retained in some way in other costumes, though it never seems right unless it fits the classic patterns.

It’s really the design of Magneto’s helmet which so perfectly shadows his eyes when needed while also invoking thoughts of royal headgear. Rarely have we seen Magneto without this helmet in some form, and in fact, it was kind of a big deal when he was first seen without his helmet, which we’ll get to next. 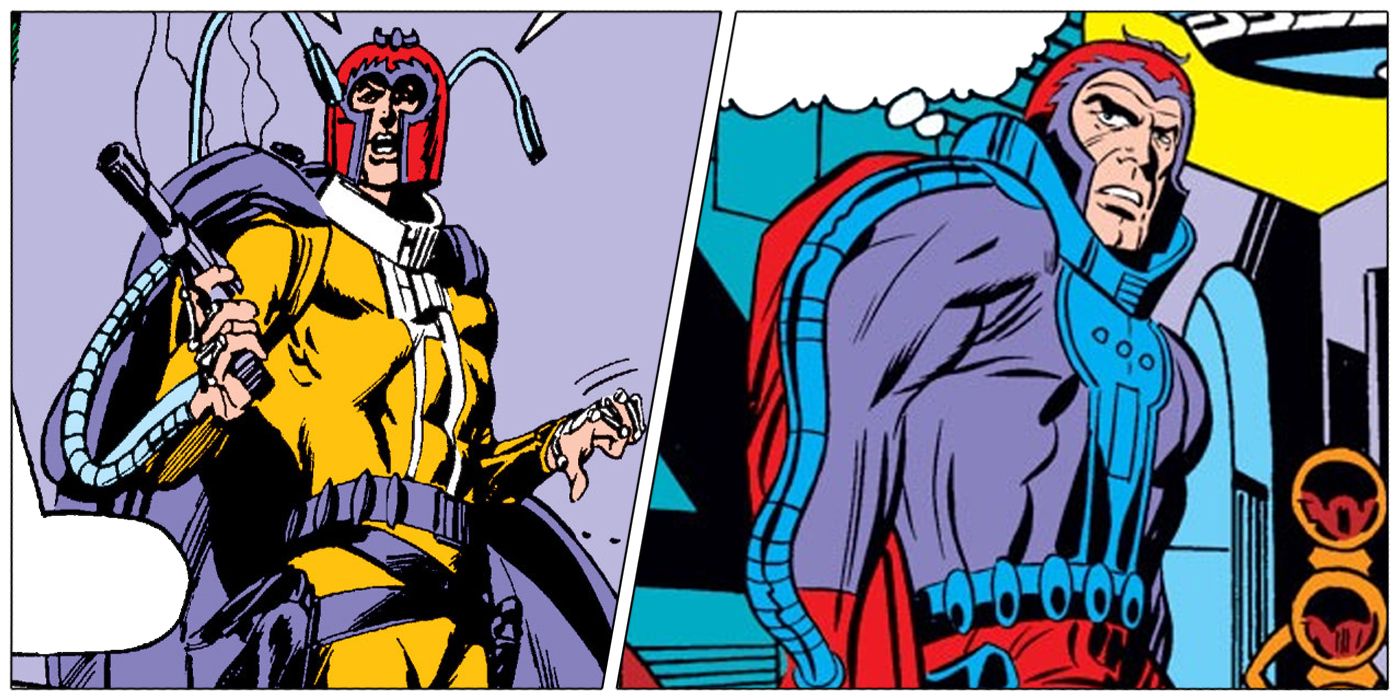 Following a battle with the X-Men and the Avengers, Magneto was presumed dead for the first of many times. However, it was soon revealed that he had relocated to the Savage Land, where he created Mutates and became known as The Creator.

This would be the first time he would be seen without his helmet, though he would eventually add it and the cape to his Creator costume, including a magnetically-powered gun and a jetpack. This costume would shift further towards the more established Magneto look in a later Fantastic Four appearance before thankfully disappearing forever. 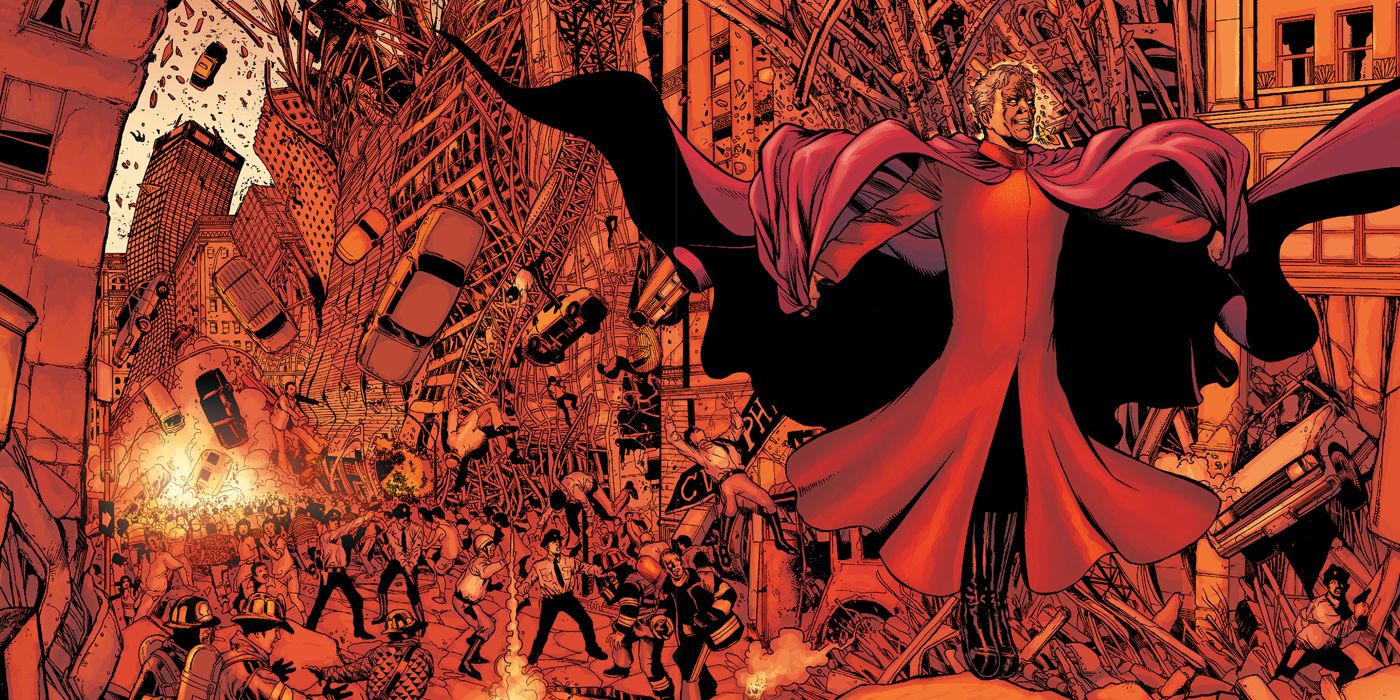 While there is some debate over whether or not this character was really Magneto, the fact remains that this costume looked amazing in action, whether Magneto was fighting the X-Men or taking over New York City. It somewhat resembled the cinematic look of the character, though it kept the vibrant comic book colors.

He did wear his iconic helmet with this look as well, though there was a brief moment he also wore his former Xorn helmet, and the costume surprisingly still looked great. We would see the Ultimate X-Men version of Magneto wear a similar version of this costume as well, though his helmet would reverse the normal colors, which didn’t work as well. 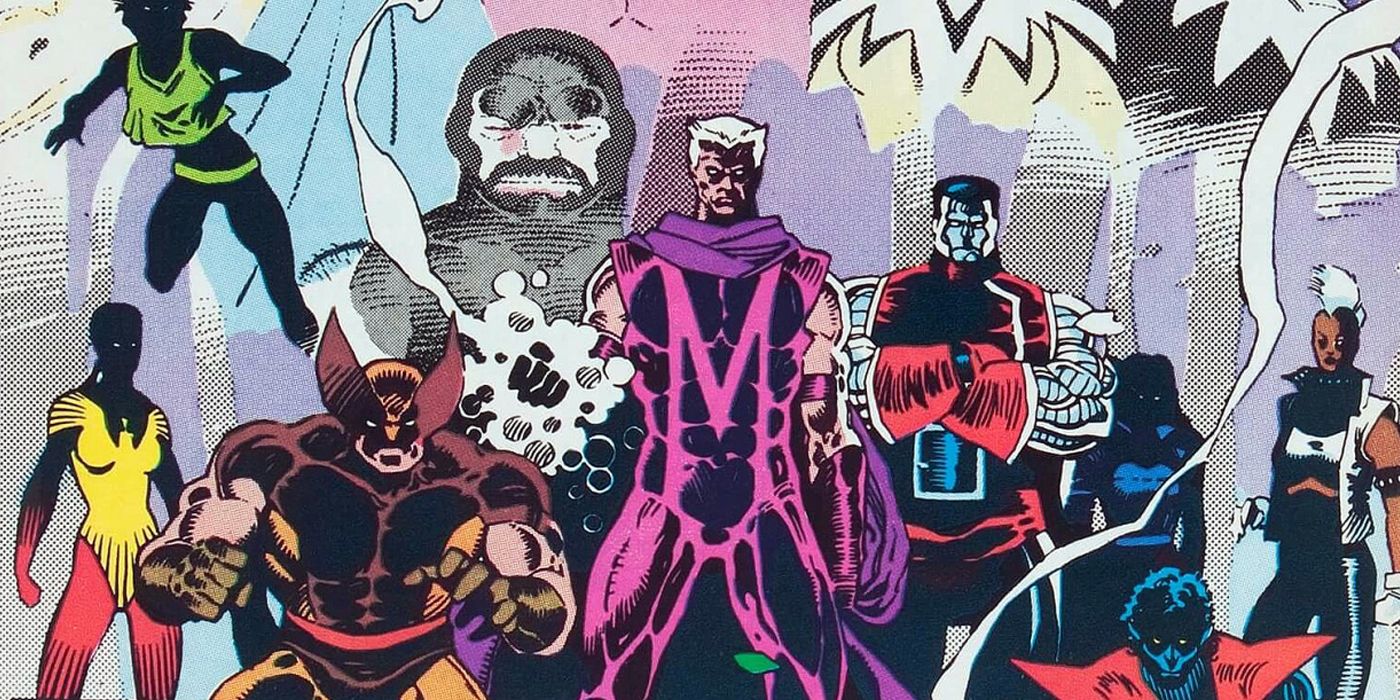 Magneto wasn’t always the big bad of the X-Men, even though he was often at his best dressed during his more evil moments. A great example of this is one of the first times he decided to abandon his villainous ways and work alongside the X-Men for the greater good of mutants.

He chose a new costume to reflect his new direction in life, but along with villainy he also chose to abandon any sense of fashion. The costume was sleeveless (more on that issue later), it was an off-putting pink/purple, it featured a giant M on the torso and completely lacked a helmet, though that might be a blessing given the design scheme. 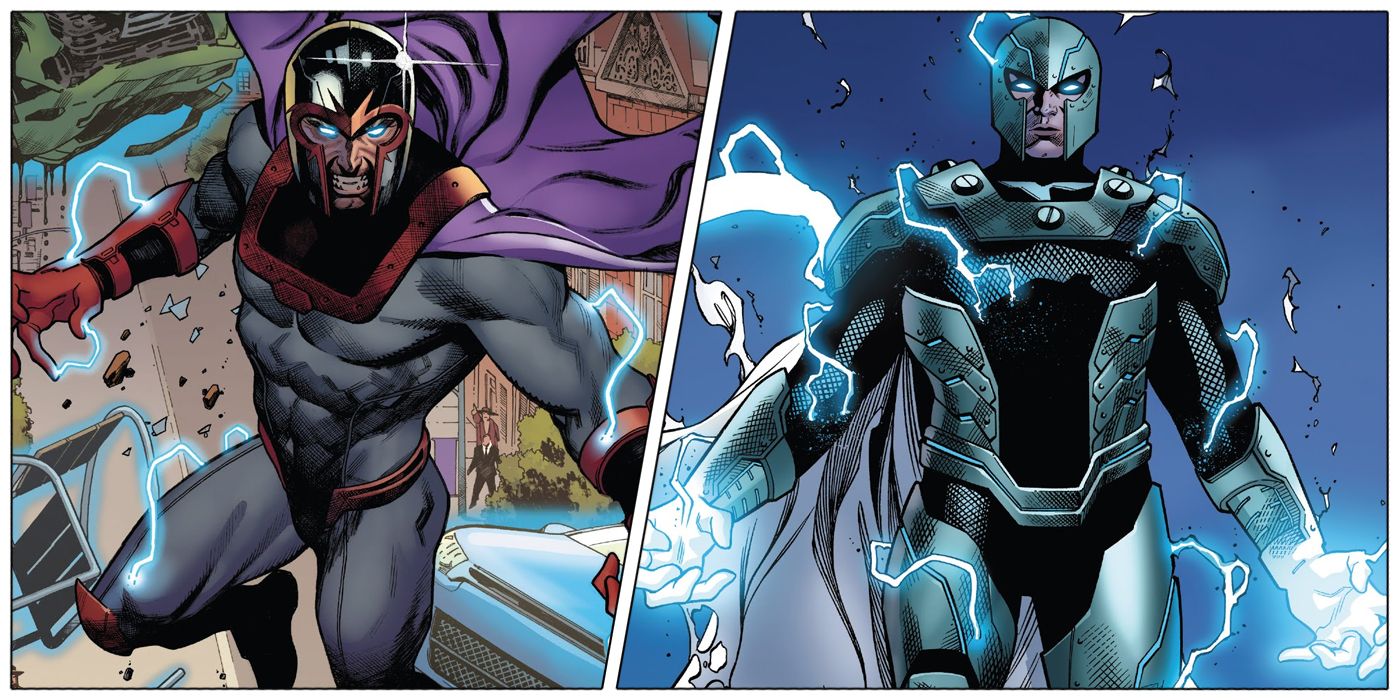 Cullen Bunn would tell a few Magneto stories over the years that eventually brought the character to the pages of X-Men Blue, where he would become a mentor to the Original Five X-Men who had become lost in time. He would adopt a new dark costume that homaged his original design while adding in some muted superhero elements from his new students.

During this run, he also fashioned a few costumes out of metal on the fly, including the heavily armored look he wore during a battle with the inverted Havok as he tried to unleash the Mothervine virus. While this costume didn’t feature his recognizable color schemes, the industrial feel of the helmet and neckpiece doesn’t at all detract from Magneto’s look. 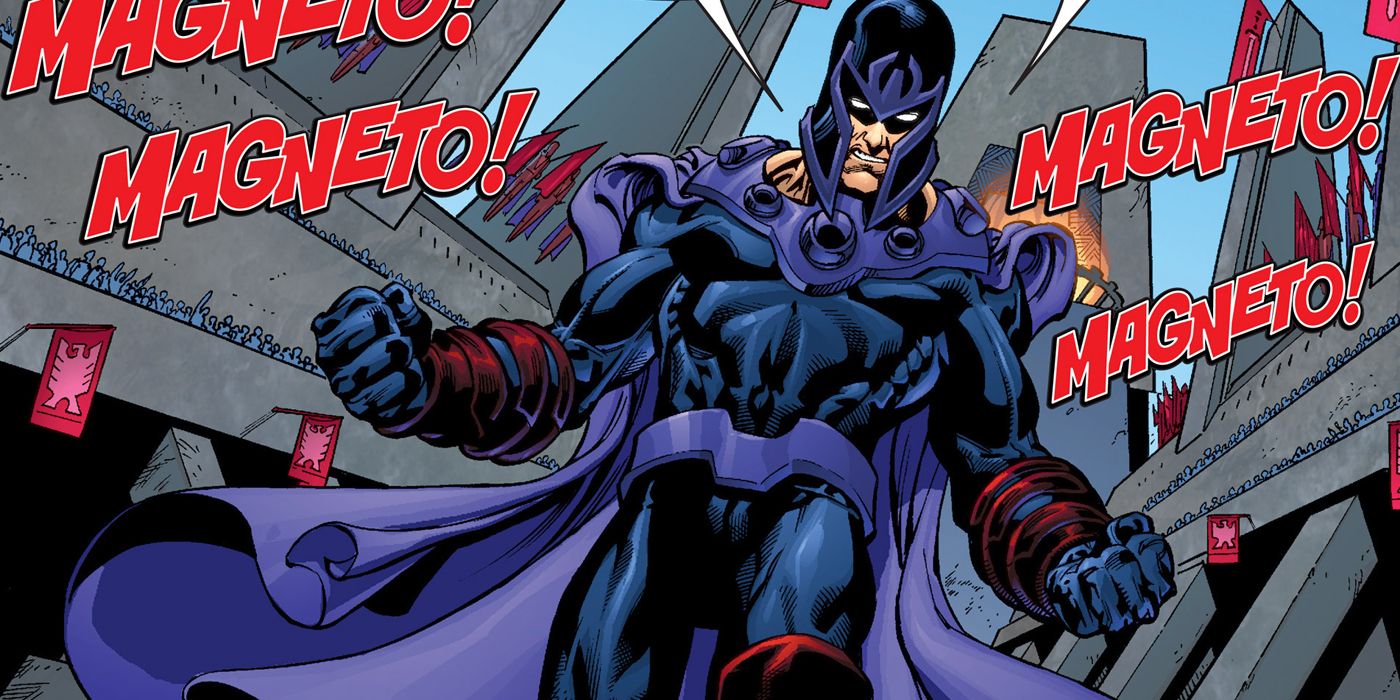 However, we’ve also seen some costumes that try to embellish those same features a little too much, as we saw during the “Eve of Destruction” storyline that ran through Uncanny X-Men and X-Men. This version of Magneto has taken over the mutant island of Genosha and attempted to update his costume, we’re assuming to appear more regal and threatening.

However, the overdone helmet design and aggressive neckpiece dominate the costume, and the overuse of the purple clashes a bit with the red boots and gauntlets, especially with the lack of that color elsewhere in the costume or helmet. 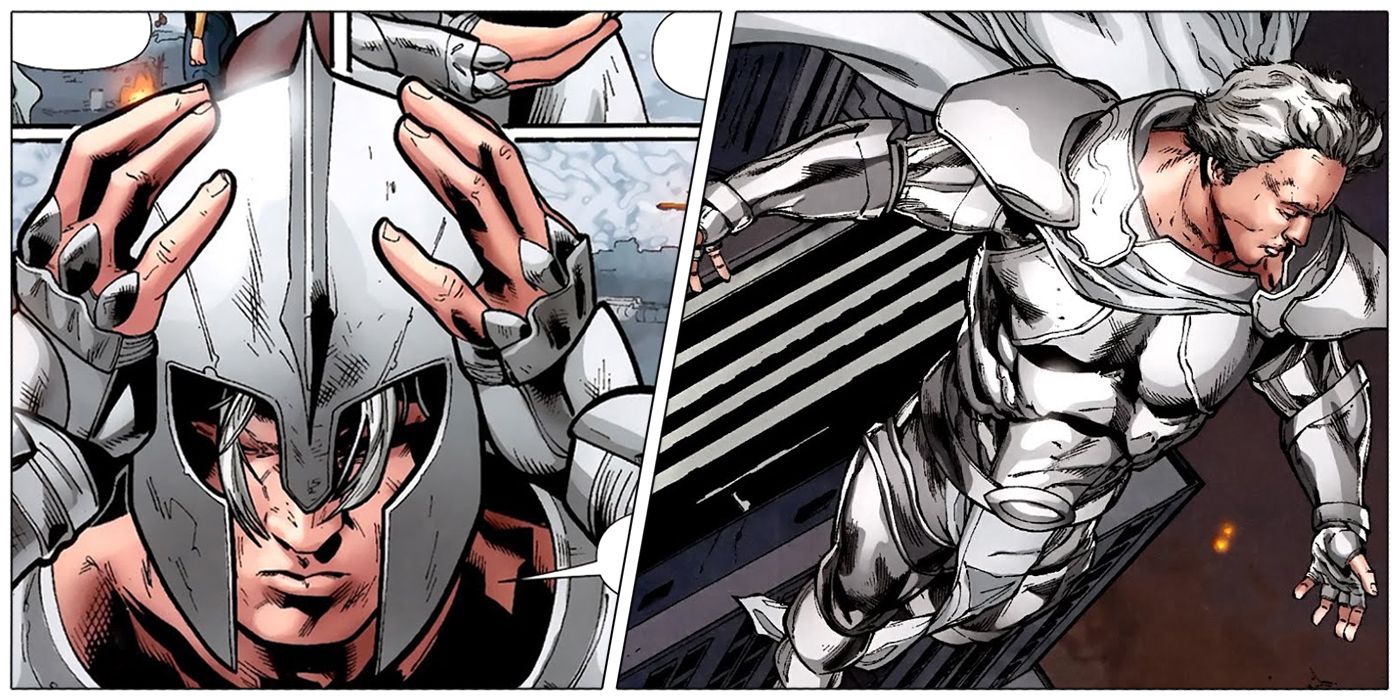 The X-Men have dealt with their fair share of alternate realities and timelines, from the Age of Apocalypse to the House of M and back again. When reality was altered into the Age of X timeline, the X-Men were reimagined as defenders of a last bastion of mutantkind, stuck in a daily battle to keep the outside enemies at bay.

in this reality, Magneto created Fortress X and relocated the surviving mutants there, and his armor, while often battle-damaged, reflects his status as the leader and savior of his people. And while he didn’t wear it much in the series, his helmet gained an extra fin and nose guard, giving him a Spartan look to his wartime armor. 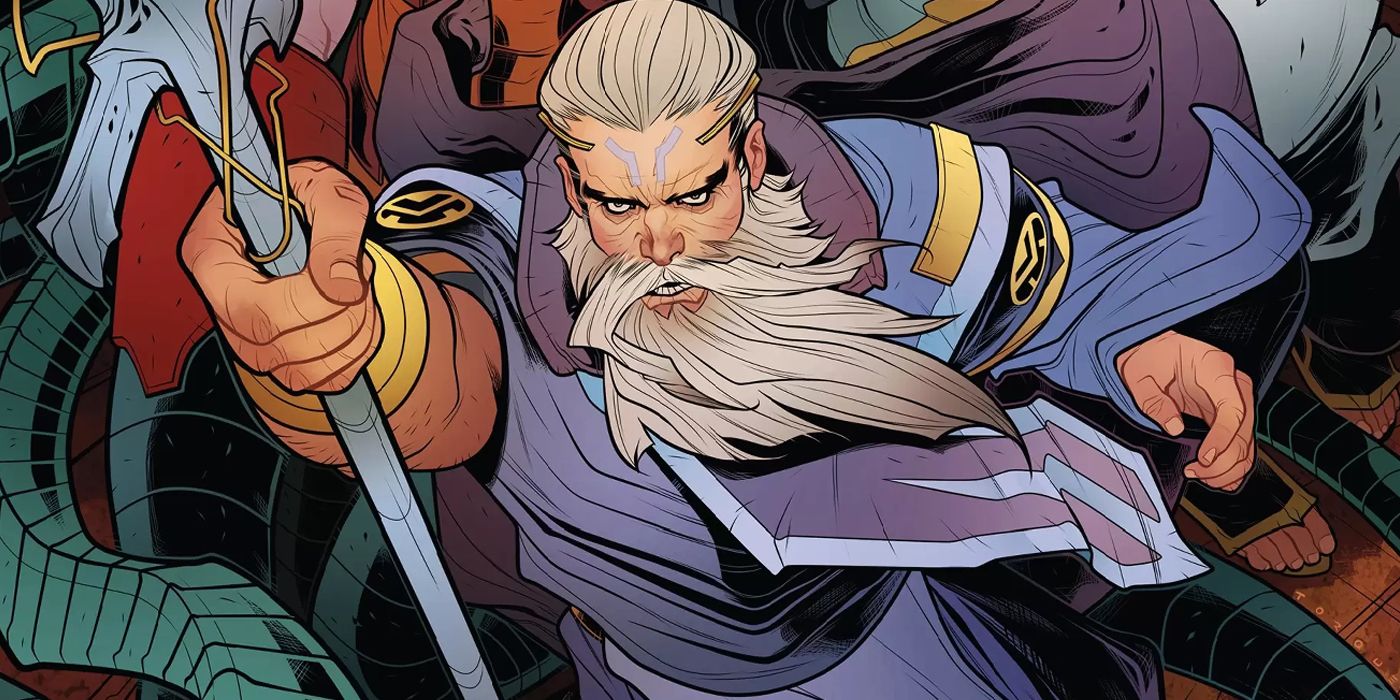 Prior to Jonathan Hickman’s rewrite of the X-Men’s universe with House of X and Powers of X, the teams came together as Nate Grey/X-Man returned, with plans to “fix” the world as a mutant savior. And much like Apocalypse, who played a huge role in Nate’s early growth, X-Man assembled a group of mutants around him as his Horseman.

Magneto channeled his inner Gandalf when he became the Horseman of Peace, alongside Angel and then Storm, Omega Red, and Blob as the Horsemen of Life, Wellness, and Bounty, respectively. Without being told that this is Magneto, fans would be hard-pressed to identify this character as the Master of Magnetism. 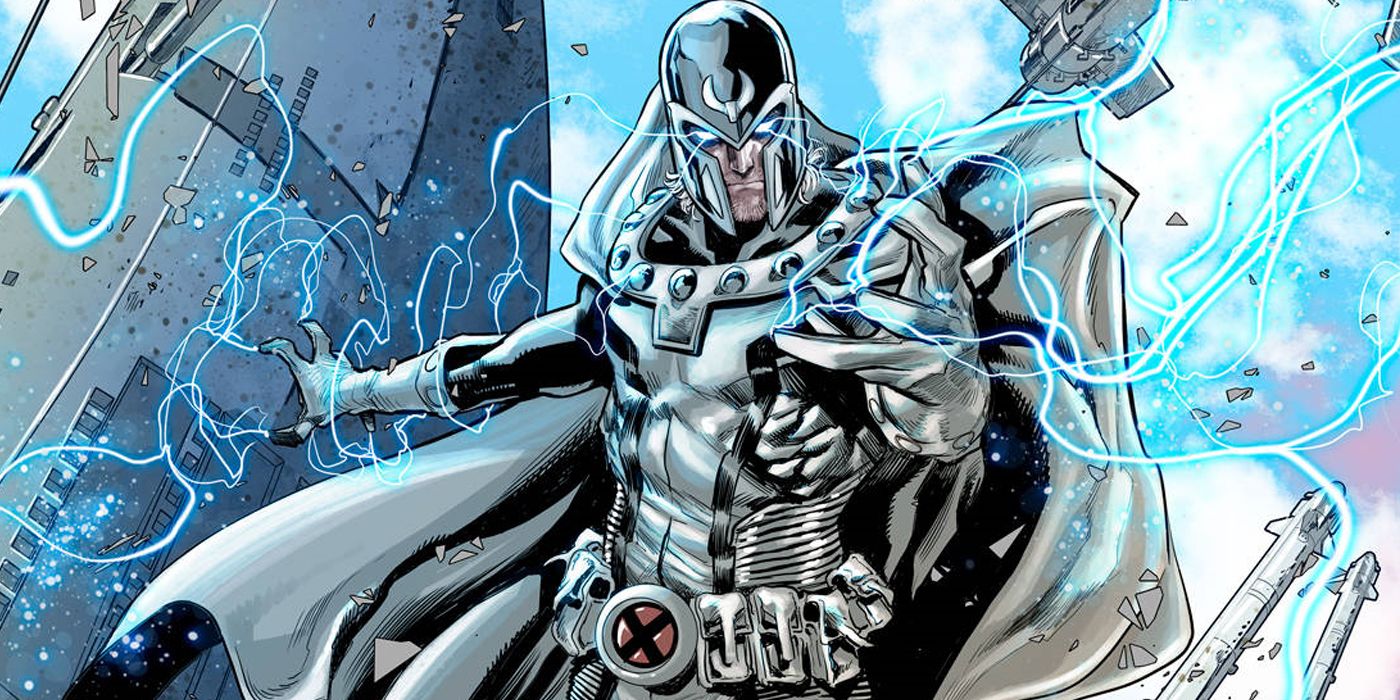 So obviously we think Magneto looks good in white, and he really does. Whether it’s the Spartan knight look seen in the Age of X or his current House of X appearance, the costume seems to represent the character at his most pure and untarnished, which is likely the point considering his long career as a ruthless villain.

While we’ve seen how this costume can go bad as well (stay tuned), this costume suits the character perfectly for his role as one of the leaders of the mutant race in the “Dawn of X” era. Our favorite part of the costume is that despite his years spent fighting with the X-Men, Magneto proudly wears their “X” insignia as a constant symbol of his growth as a character. 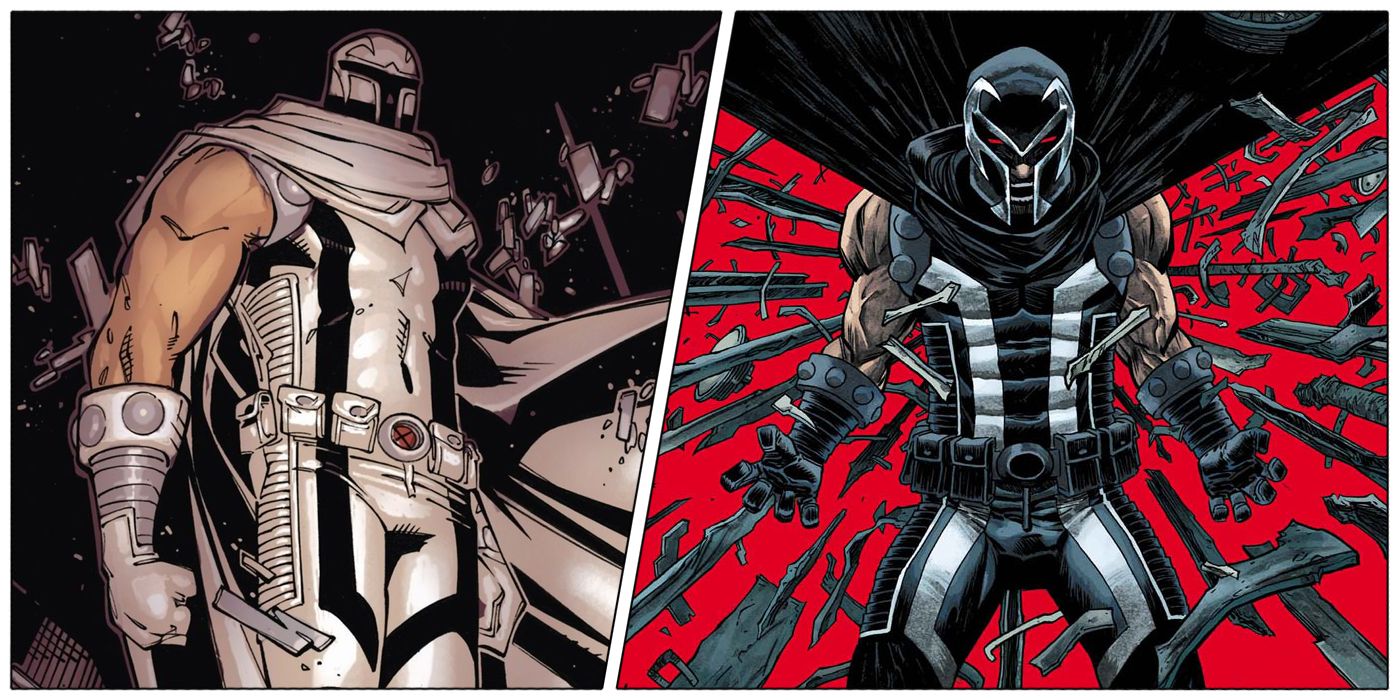 For some reason, we just have trouble buying the jacked sleeveless look when it’s worn by Magneto. Maybe it’s the fact that he’s a WWII survivor so is around a hundred years old, or that his physicality has never really been a big part of his power set, but his sleeveless costumes just feel incomplete, as we mentioned previously with “The Big M” suit.

The first white and black version was seen in Brian Michael Bendis and Chris Bachalo’s re-launch of Uncanny X-Men, though we would see a much better version of this costume in the “Dawn of X” era as seen above. Even when Magento reversed the colors and his attitude darkened once again during Cullen Bunn’s solo ongoing, it wasn’t quite right. Almost [email protected]$$… almost.