A lot of memorable storylines came out in the ’90s, but not all were good. These are the 10 best and worst Marvel Comics story arcs, ranked

You Are Reading :5 Best Marvel Storylines To Come Out Of The 90s (& The 5 Worst) 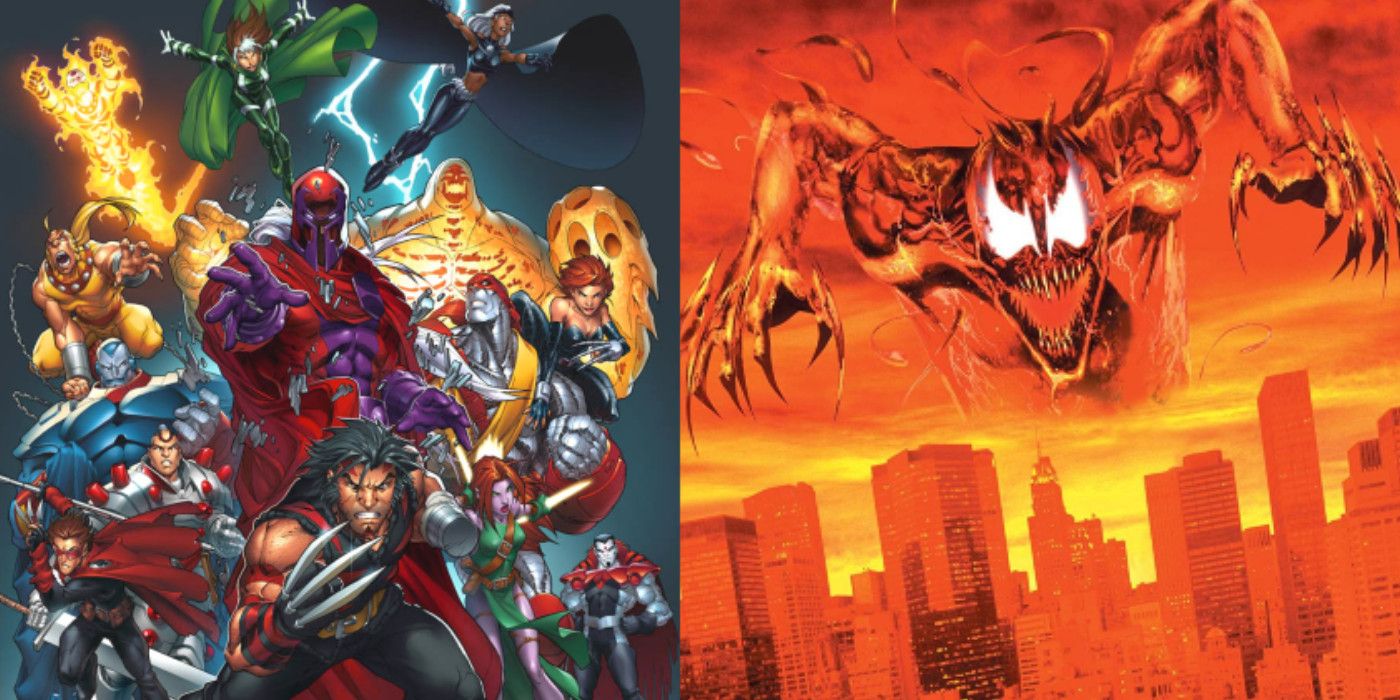 The ‘90s were an interesting time to be reading comic books; creator-owned characters and companies were on the rise, issues had every conceivable gimmick on their covers, and classic characters were being replaced by edgier substitutes. More often than not, books were popular not because of their storylines, but because of the high quality of art in their pages.

Despite this, some seminal works were released in the ’90s; epics that have ramifications till the present day. Enter the Wayback Machine as we explore the 5 best Marvel storylines to come out of the ’90s and the 5 worst.

10 BEST: Daredevil: The Man Without Fear 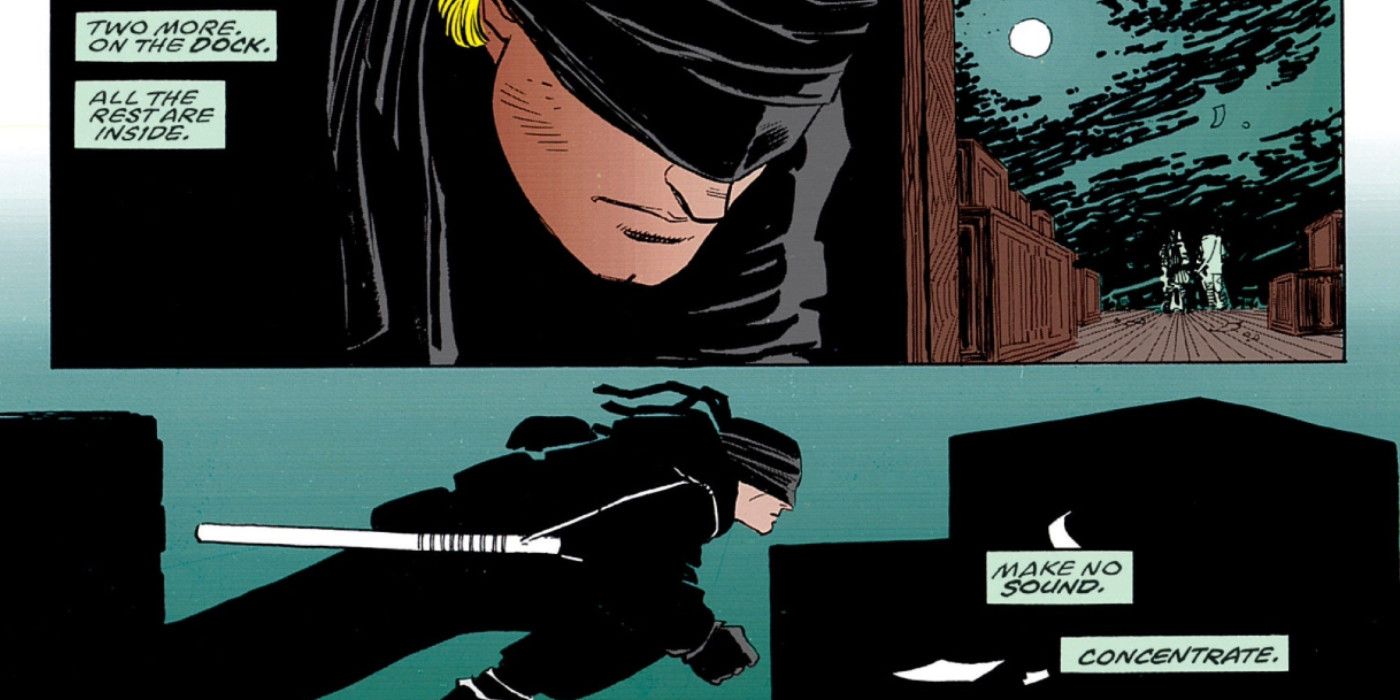 In 1993, the man who redefined Daredevil returned to the character with the definitive account of his origin in the 5 issue miniseries, Daredevil: The Man Without Fear. Reading like a Marvel version of Batman: Year One, Frank Miller delved into the elements that would define Matt Murdock: his relationship with his father and Elektra, his friendship with Foggy, his training under Stick, and of course, the accident that would give him his enhanced senses.

The miniseries was universally acclaimed by fans and boasts some of Miller’s best work as an artist. Moreover, it has become the bible for on-screen adaptions of the character, clearly having a big influence on the recent Netflix series. 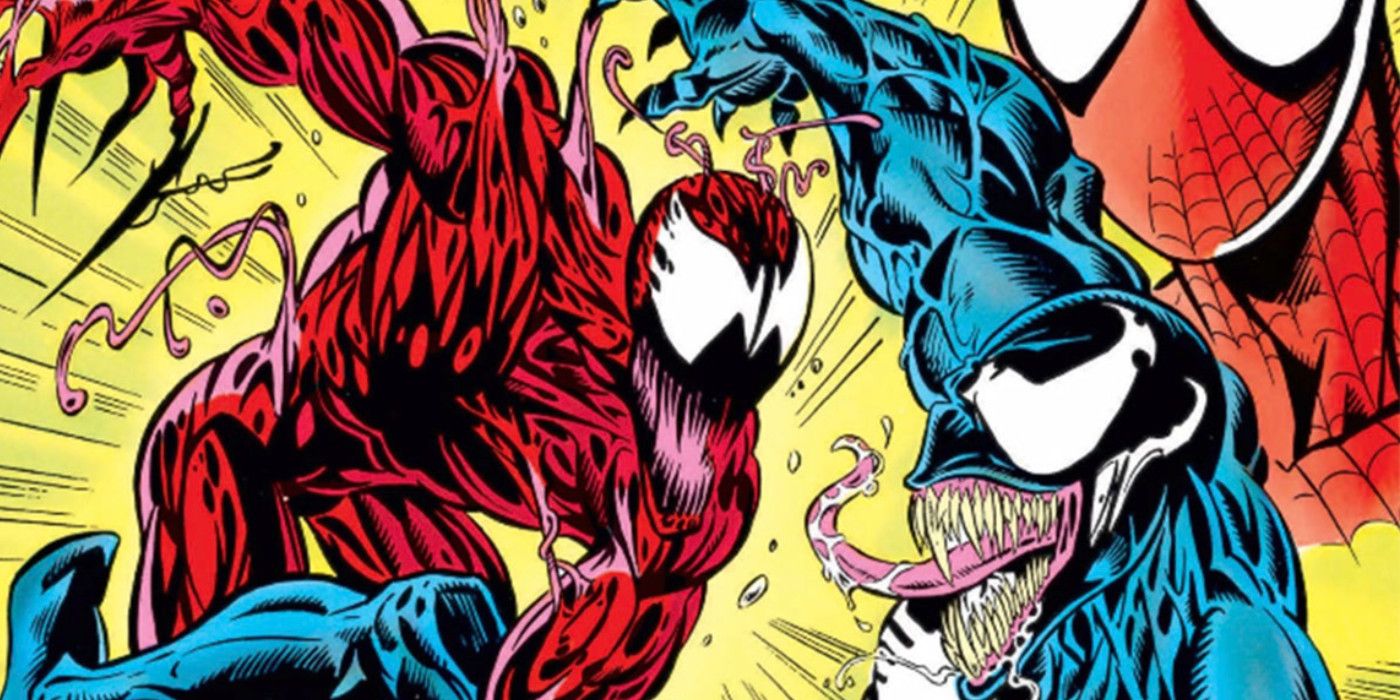 Absolute Carnage was not the first time Cletus Kasady ran amok in the Marvel Universe. 1993’s Maximum Carnage saw the titular character and a cadre of like-minded supervillains cause extensive damage and destruction across New York City, only to eventually be stopped by Spider-Man, Venom, and a team of assorted Marvel heroes.

With a series of this scope, you’d expect a few lasting repercussions for the main characters or the city of New York, but in typical fashion, everything returned to status quo by the series’ end. Aside from mindless action and inconsequential mayhem, the most significant repercussions from the series were the first appearance of the villain Shriek and the development of a marginally successful video game of the same name. 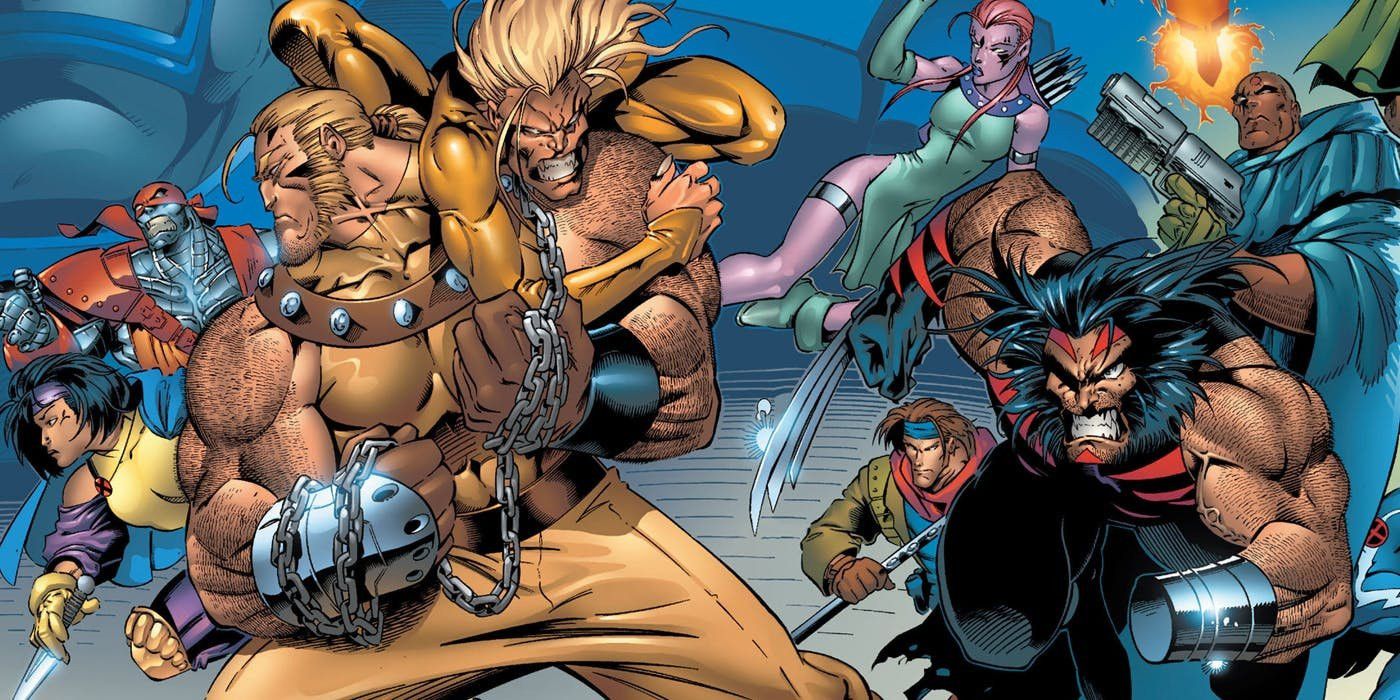 One of the best and most influential X-Men storylines came in 1995 with Age of Apocalypse. Having tired of the endless fight between Magneto and his father, Professor X, troubled mutant David Haller (also known as Legion- yes, that one) travels back in time to assassinate the Master of Magnetism but kills his father instead. This act unraveled the fabric of history, creating a dark timeline where Apocalypse had taken over the world.

A widely acclaimed storyline, Age of Apocalypse had lasting ramifications on the Marvel Universe and the X-Men, particularly the introduction of the Dark Beast and Nate Grey (that timeline’s version of Cable) into mainstream continuity. The series was so popular that Marvel revisited it several times, most recently in Secret Wars. 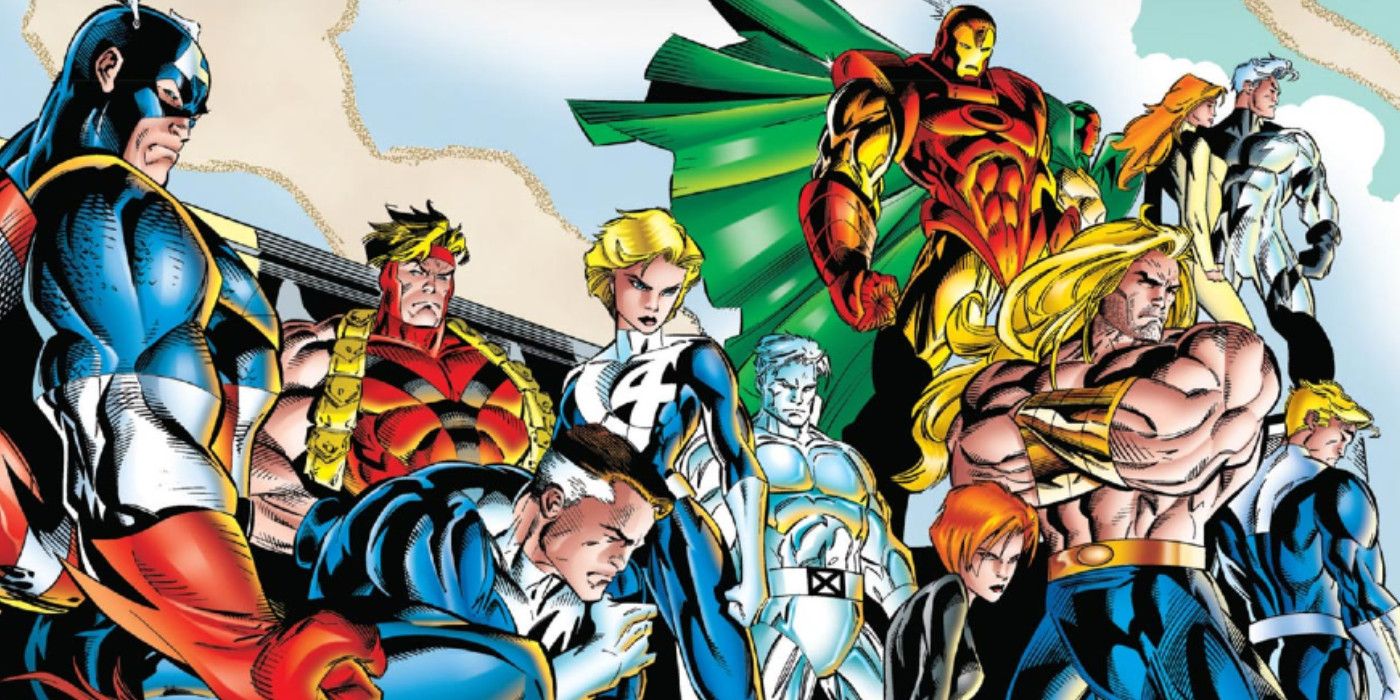 When Professor X mind-wiped Magneto at the climax of Fatal Attractions, Magneto’s consciousness and the darker aspects of his own merged to create a psychic being of incredible power and evil. Dubbed Onslaught, he made short work of the X-Men before turning his attention to the entire Marvel Universe. The battle had long-lasting ramifications, as the Avengers and Fantastic Four were presumed dead in the aftermath.

In actuality, they were transported to a pocket reality by Franklin Richards. More accurately, the characters were experiencing low sales and needed a shot in the arm to generate interest. A year-long ‘fresh take’ by some of the artists at Image Comics (incidentally all former Marvel employees) was comprised of lackluster storylines and surprisingly uneven art, which left many fans justifiably unsatisfied with the entire bloated series. 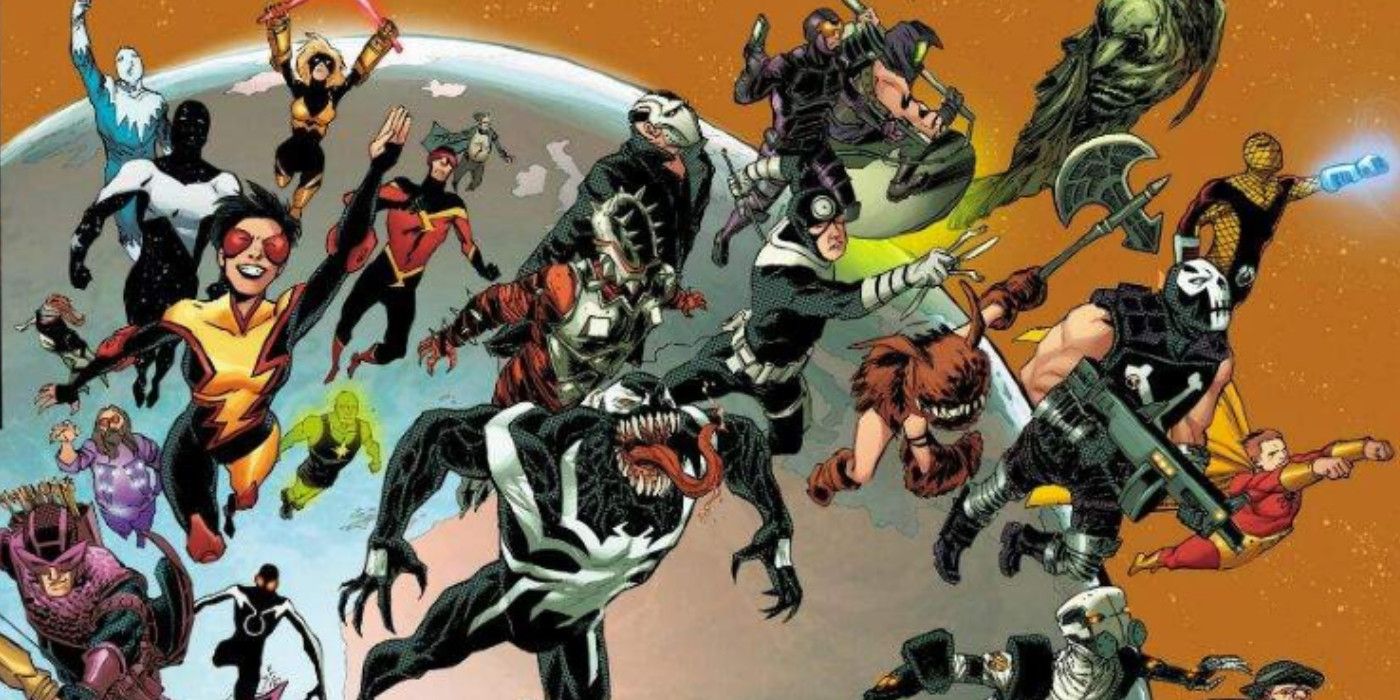 When the Thunderbolts first appeared in Incredible Hulk #449 as an erstwhile substitute for the presumed-dead Avengers, readers paid little attention. The characters and costumes seemed as generic and non-descript as their team name, and fans wondered why they even got their own series until they reached the last page of the first issue.

Here, readers found out that the team was really The Masters of Evil in disguise, providing a huge plot twist that Marvel played super-close to their vests. The ensuing early run of the series proved interestingly entertaining, as readers clamored to see what the endgame was for these wolves in sheep’s clothing. 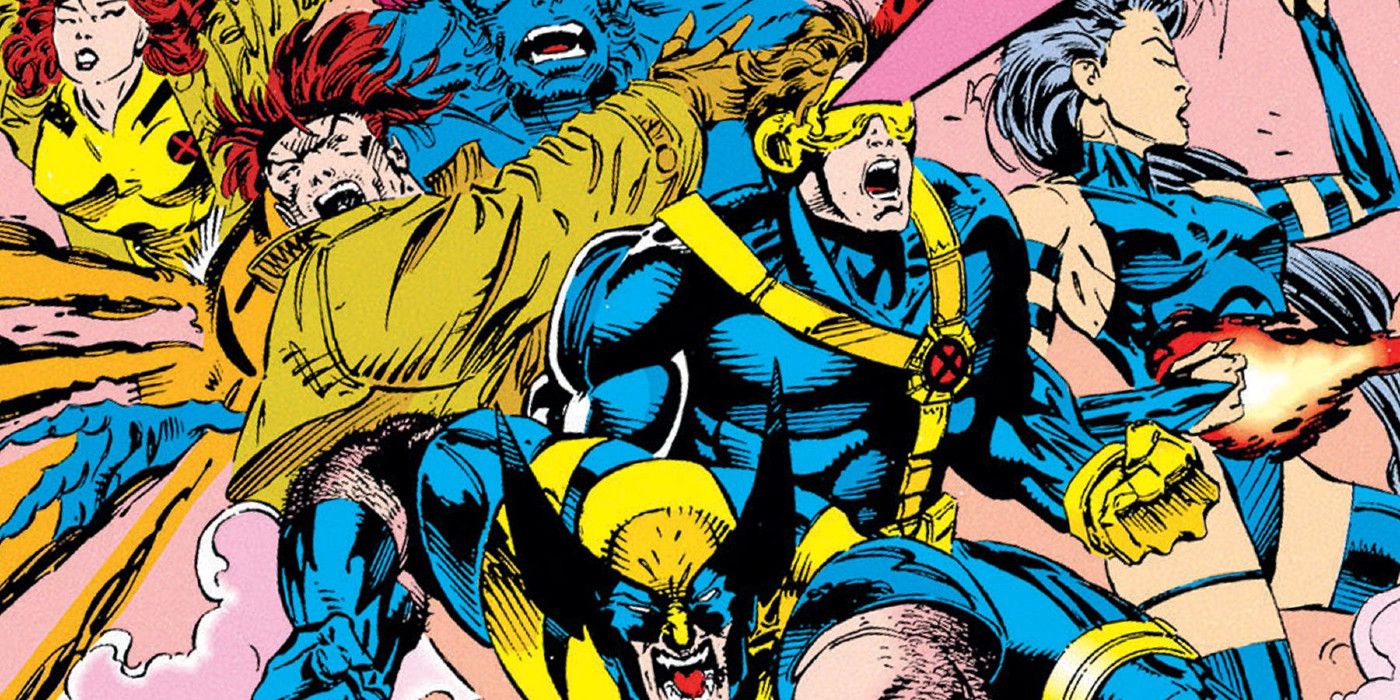 Touted as the story that would reveal the origin of the widely popular Cable, The X-Cutioner’s Song was a 12-part crossover that ran through all the X-titles in 1992-93. Emblematic of the time was the gimmick incentive, as each issue came polybagged with a trading card character biography written from the perspective of Stryfe, the main villain of the series.

The most significant plot element to emerge from the series was the Legacy Virus, as the promised ‘big reveal’ was rather cryptic, convoluted and inconclusive, like much of X-Men continuity at the time. Despite some cool covers by Jae Lee and some sweet trading cards, The X-Cutioner’s Song was ultimately a big disappointment.

The Man Without Fear experienced a mini-Renaissance in the ‘90s, kicked off by Frank Miller and continued by popular film director Kevin Smith’s run on Daredevil. In Smith’s first arc, Guardian Devil, Matt Murdock vies to protect an infant seemingly identified as the anti-Christ by those who wish to kill her. Eventually, it is revealed that this was a lie told by Mysterio, who concocted the whole story in a bid to drive Daredevil insane before he died of a brain tumor.

The story was notable for its fresh and interesting take on the main character and the villain, as well as for exploring feelings of remorse and Catholic guilt, and of course, the death of longtime supporting character Karen Page. 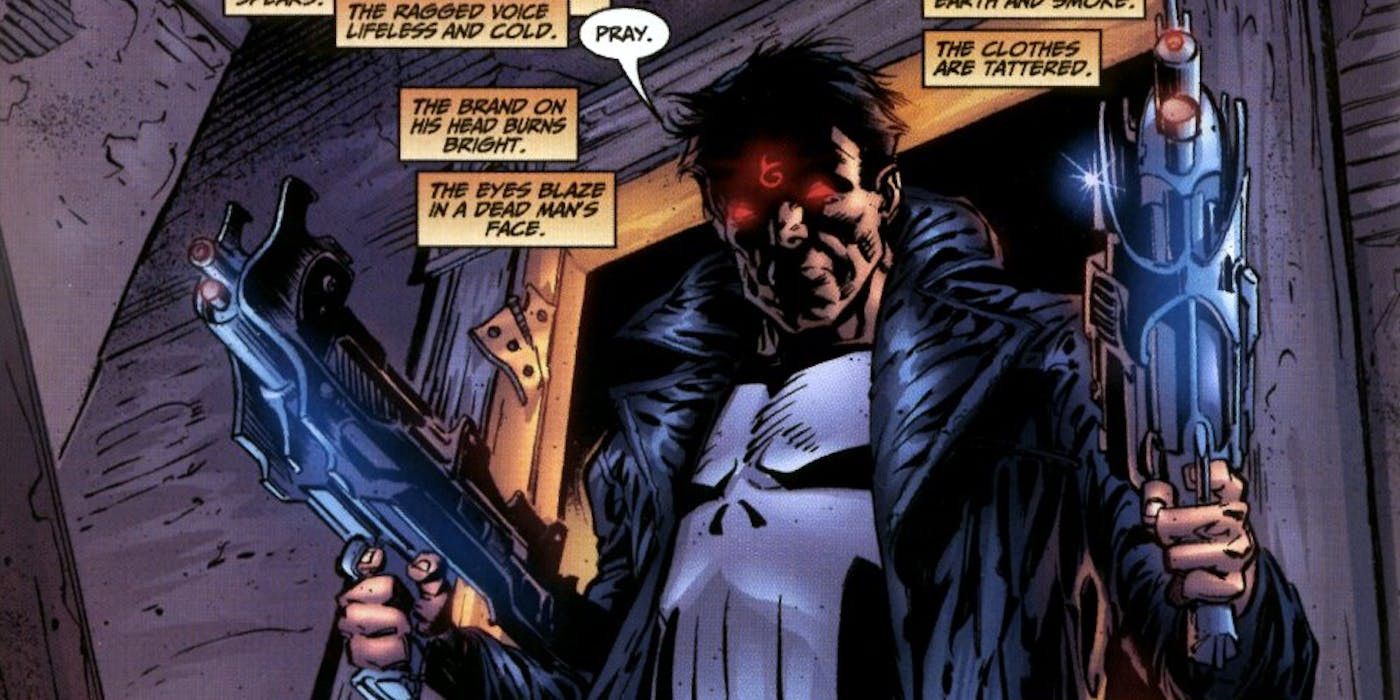 By the mid-‘90s, the popularity of the Punisher was starting to wane, most probably due to the overuse of the character. Frank Castle was guest-starring in too many titles per month, and some he really had no business being in (a two-panel guest shot in Fantastic Four, for example).

To reinvigorate the character, Marvel produced Punisher: Purgatory, a mini-series that saw Frank commit suicide, only to return as an angel-sent supernatural force doling out death to demons with holy guns.

Yes, you read that right.

Needless to say, the series was widely panned, as the material had strayed way too far from the roots of the character. Thankfully, Garth Ennis’ revival of the character in the early 2000s consigned Purgatory firmly to the “what were you thinking?” file for good. 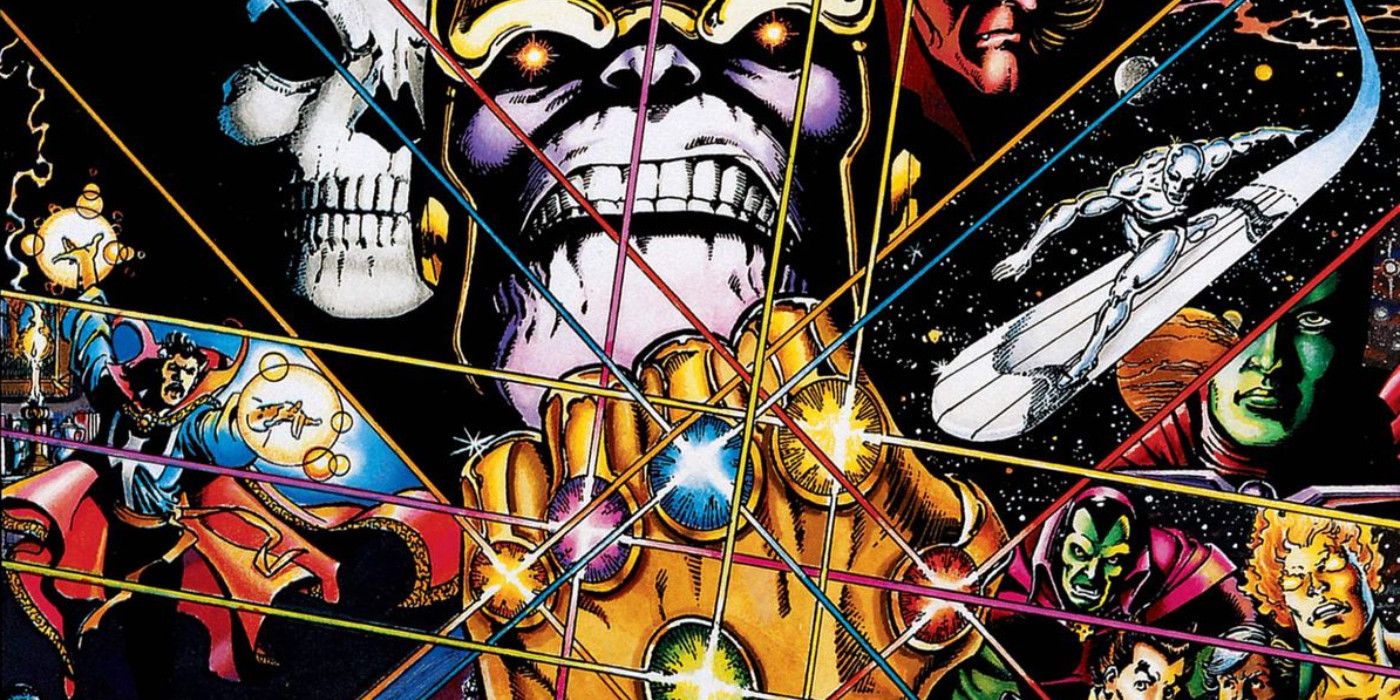 Perhaps the most influential series of the ‘90s was The Infinity Gauntlet, where a power-hungry Thanos collected the infinity stones in a mad quest to eliminate half of all life in the universe. Epic in scale, the series boasted a climactic confrontation at the edge of the universe, illustrated the power and scope of the (collected) stones, and resurrected Adam Warlock.

Although the major characters of the Marvel Universe suffered no permanent after-effects following the restoration of reality, the basic premise of the story served as the blueprint for the first 3 phases of the MCU- a billion-dollar film franchise whose world-wide popularity shows no signs of abating. 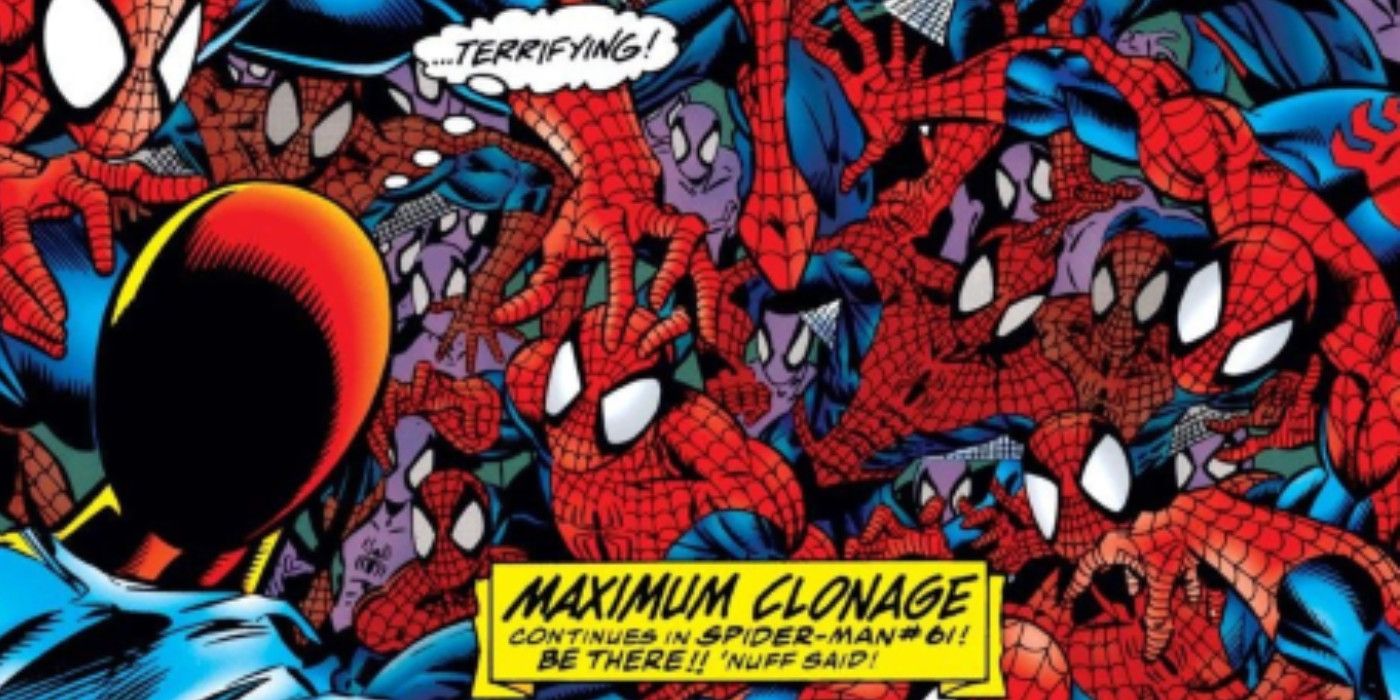 Seeking to capitalize on the whole “replace the classic hero with a new substitute” phase started with the Death of Superman, Marvel decided to replace Spider-Man with a long-dead clone from a 1970s story arc. The result was widely derided and has become synonymous with commercialism trumping story quality: The Clone Saga.

The story began with an intriguing premise and took great care to introduce the clone, Ben Reilly, as a viable substitute for Peter Parker. However, it quickly got bogged down by too many characters, clones, and convoluted storylines. Dragging on far beyond its intended duration, it added insult to injury by bringing Norman Osborn back from the dead! Of all Marvel story arcs of the time, The Clone Saga is usually considered emblematic of what was wrong with comics in the ‘90s.