Mignola recently teamed up with Dark Horse to release a collection of readings about Hellboy with information only dedicated fans would know.

You Are Reading :10 Things Only Comic Readers Know About Hellboy

Hellboy is a hell of a popular character in the comic book world. Most are more recently familiar with the red devil due to the 2019 film starring David Harbour as the sharp-tongued monster hunter. The two films prior, in 2004 and 2008, had Ron Pearlman as the titular character and also drew in a large audience.

But what people don’t realize is that there were a lot of things that were left out in the movies that only true fans of the comic will recognize. Everything from how the characters were presented to even the settings in which they were drawn had some big differences if one were to put the two mediums side by side. Luckily, Mike Mignola has recently teamed up with Dark Horse to release a collection of essential readings about the red demon. Even with this release, there’s still a bit of information that maybe only a few dedicated fans would know. 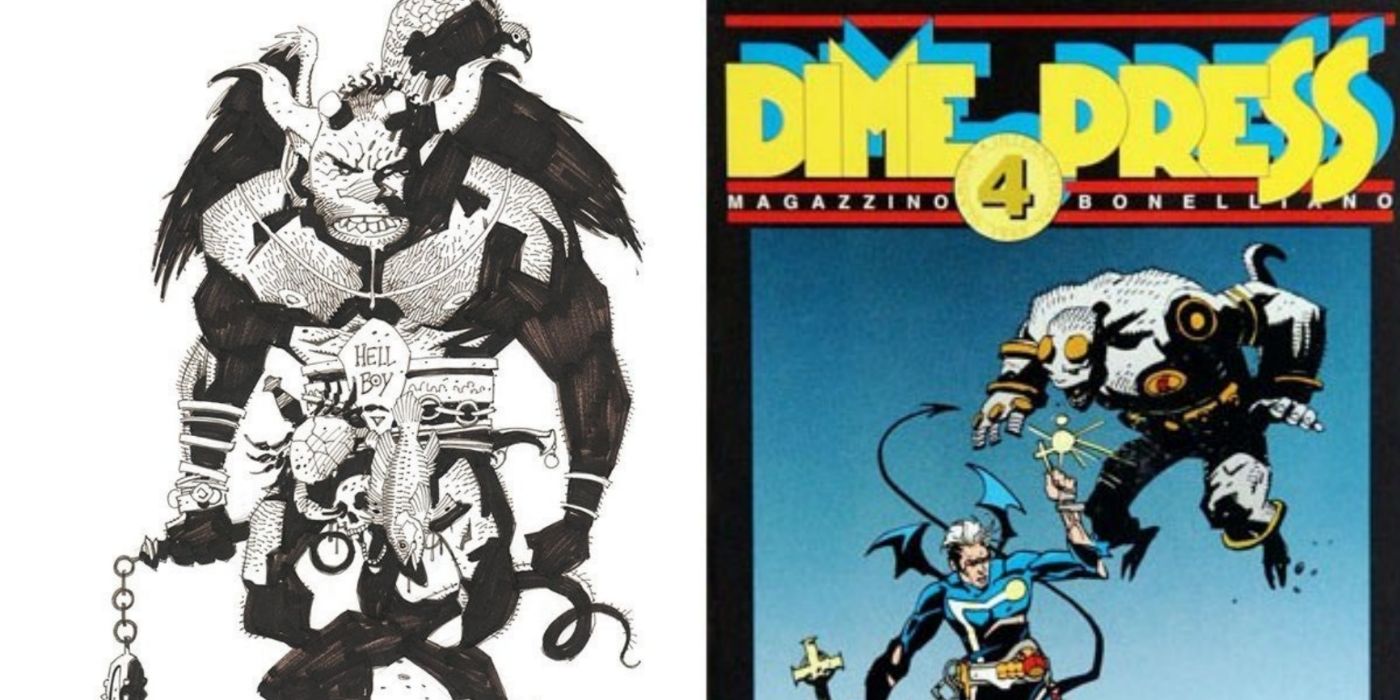 Of course, any initial designs of a character will look completely different from when they are eventually published into a story. Hellboy was no exception and actually had gone through several changes before finally being officially introduced as the red humanoid that is so familiar now.

His first design was actually a black and white drawing that had him looking slightly imp-ish in stature. He had several pieces of seafood hanging from a belt, with a buckle tagged as “Hellboy.” This sparked further design from Mike Mignola and he was presented on Dime Press #4 looking more like he does today, but with a grey skin tone. Eventually, his full appearance in the comic Next Men #21 portrayed him in his familiar red color.

9 He Had Human Siblings The films don’t do the best job explaining his full origins. His parental lineage is partly explained in the film — his mother, a witch, was descended from King Arthur, and his father was Azzael, a powerful demon from the depths of hell. However, as often happens with many heroes, the film seems to forget about his siblings.

Before Hellboy was born, his mother had two children who became members of the church. As she lay dying, her children were instructed to keep her away from Azzael for three nights. After repenting from her sins, she was certain that doing this would prevent her from going to hell. This was unsuccessful and the two children were approached and killed by Azzael on the first night before she was taken away to give birth to Hellboy.

8 No One Is Scared Of Hellboy 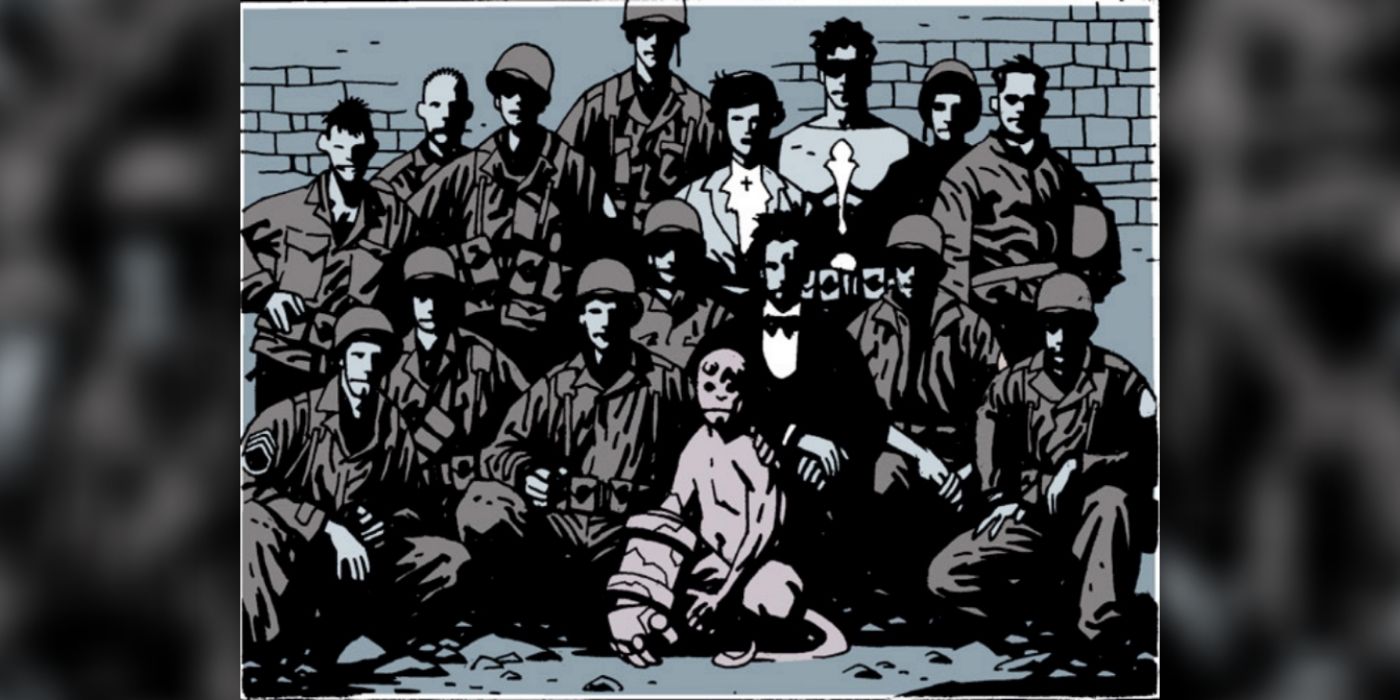 One of the big changes that were made in the film was the idea that Hellboy needed to remain a secret from the rest of the world. He is even given a public liaison in order to help him stay during and between missions.

In the comics, however, the general public is fairly comfortable with him being around. He’s portrayed speaking to civilians and police officers with very little complaint or discomfort from either. As he was raised by Trevor Bruttenholm (aka Professor Broom), he was slowly introduced to the world so that everyone eventually is unbothered by his appearance. However, the same can’t be said for many of the monsters he ends up fighting against.

7 Professor Broom Is Killed By A Different Monster 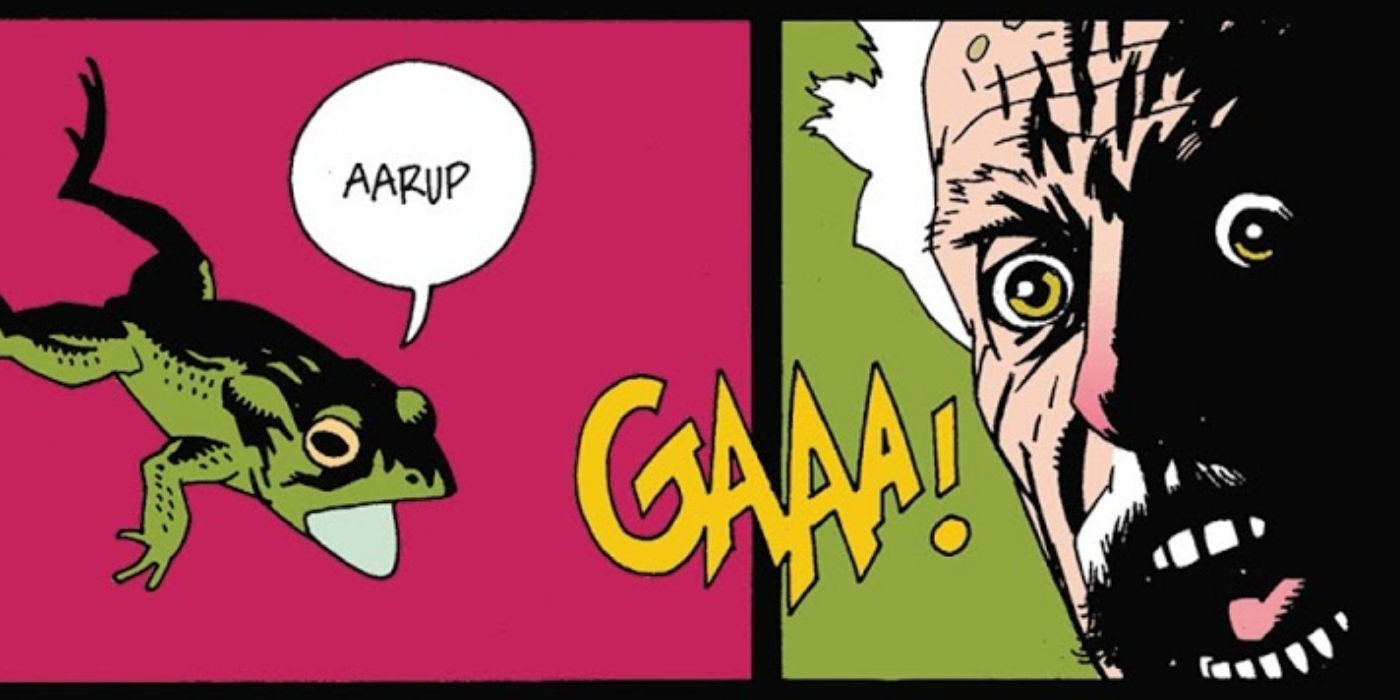 One thing that was consistent with each of the films is that Hellboy’s adopted father, Professor Bruttenholm, was killed. However, in the 2004 film, he is ordered by Rasputin to be assassinated by the reanimated Kroenen. In the 2019 film, he suffers death at the hands of the witch Nimue.

The comics have a completely different take on his death. In Seed Of Destruction, while Rasputin does give the direction to have him killed, he is actually murdered by a frog monster that he had summoned. Hellboy repeatedly finds himself fighting several of these monsters throughout the story.

6 He Doesn’t Really Shave His Horns 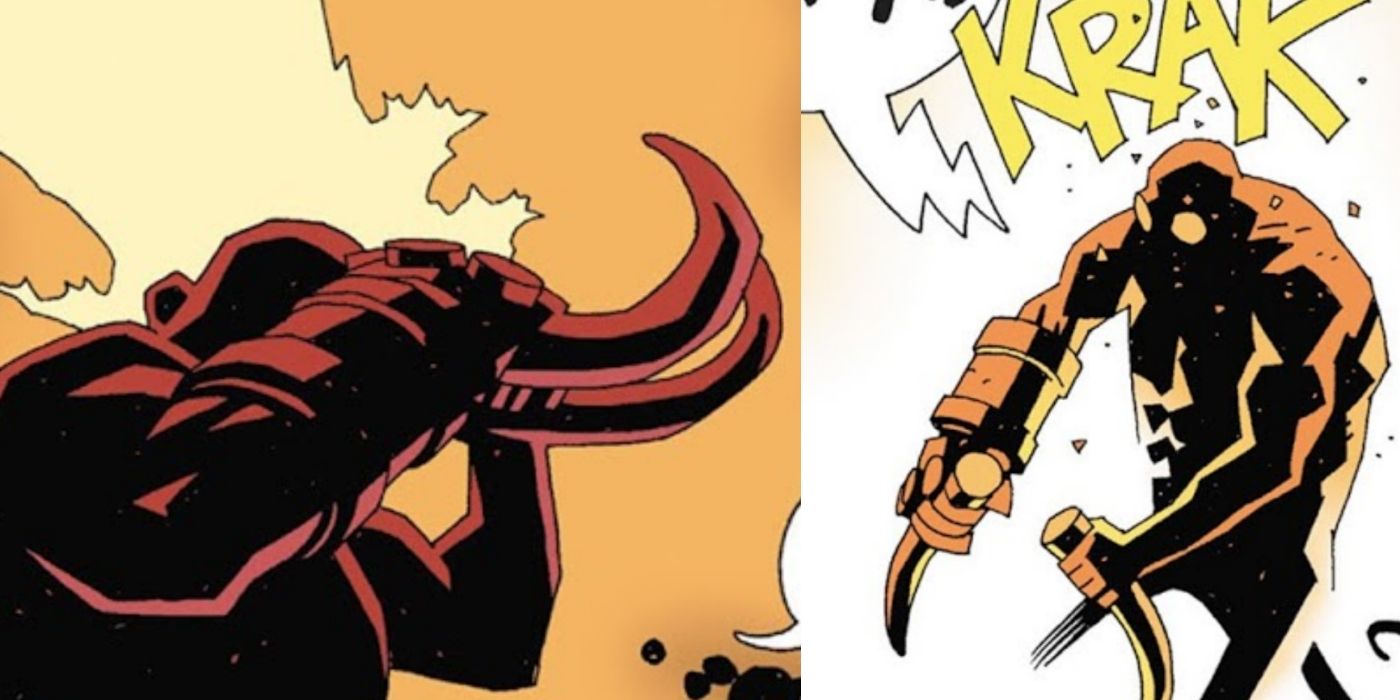 There is a lot of discussion about the reason why Hellboy keeps his horns as visible stumps on his head. It mostly has to do with the fact that he wants to appear more human-like. It also is symbolic of him denouncing his destiny to eventually wreak havoc on Earth.

5 He Has An Advanced Healing Factor 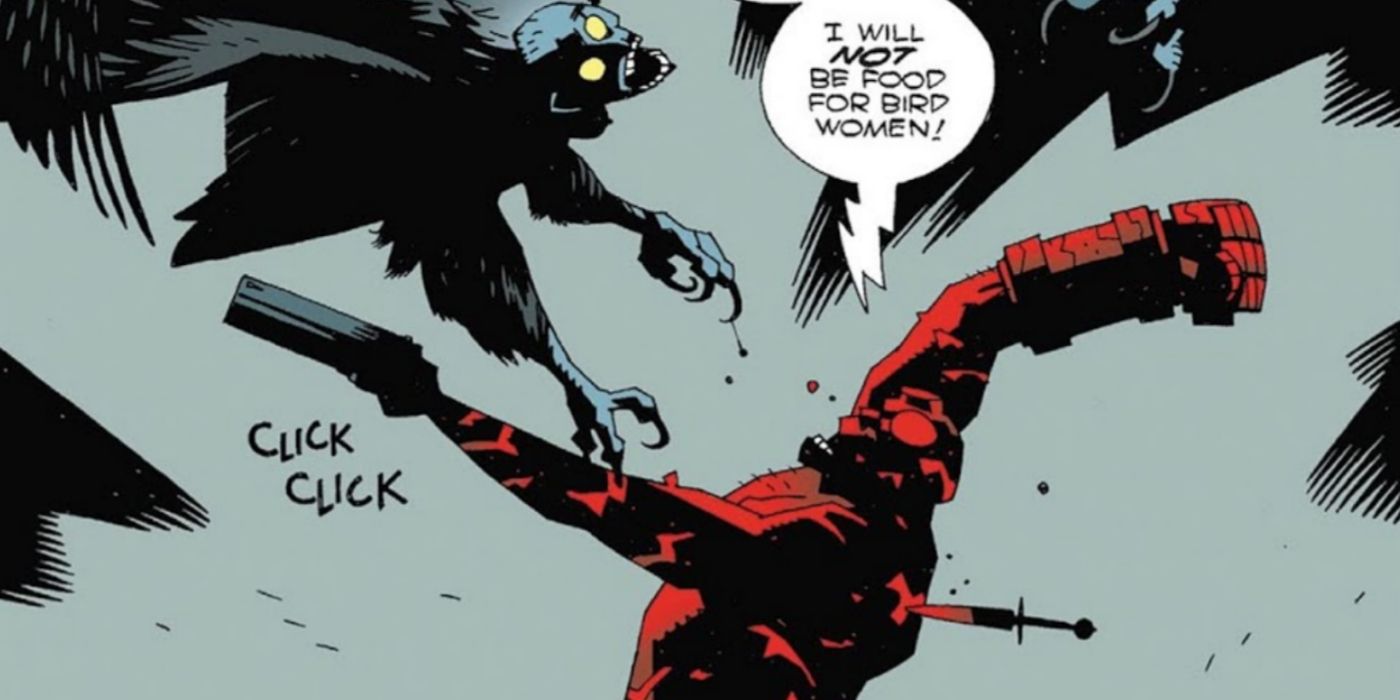 Of course, being part demon has its perks. Because of his heritage, he’s been blessed with something many heroes only wish they had: an advanced healing factor.

Having suffered through some really big injuries, Hellboy has continued to press on through many of his fights. In one case he deliberately took fire from a machine gun with no issues. He has also been impaled or cut by a variety of sharp weapons and has still continued to fight victoriously.

4 The Right Hand of Doom Is Extremely Powerful 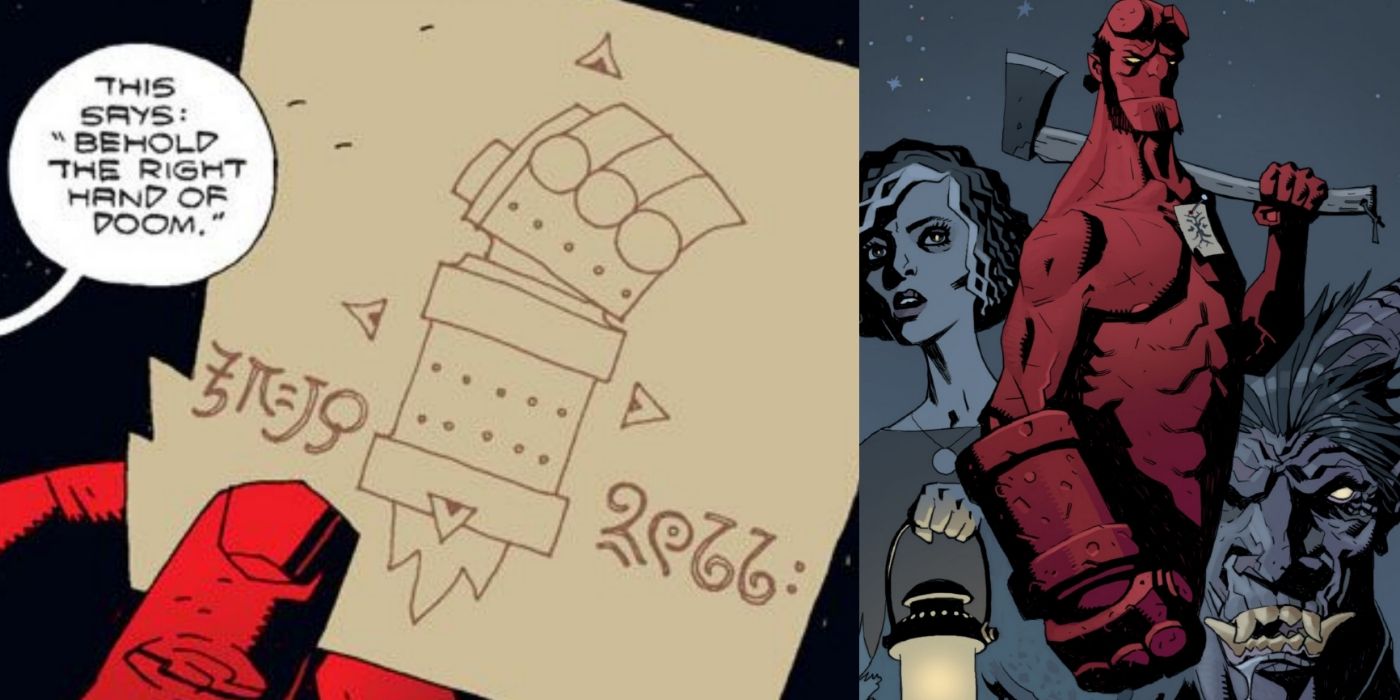 It’s hard to ignore the obvious gigantic right hand that is attached to Hellboy. Made of an unbreakable stone, the right hand of doom was given to him at birth, but is never fully explained in the films.

In the comics, he is gifted the stone hand at birth. His father, Azzael, cuts off his original arm and attaches the one to him. The intention was that he would use it to fulfill his prophecy of bringing doom to the world. Aside from using it as a bludgeon, it was originally the right hand of Anum, which he used to steal Vril, a secret fire from God that was used to create the powerful dragons Ogdru Jahad. 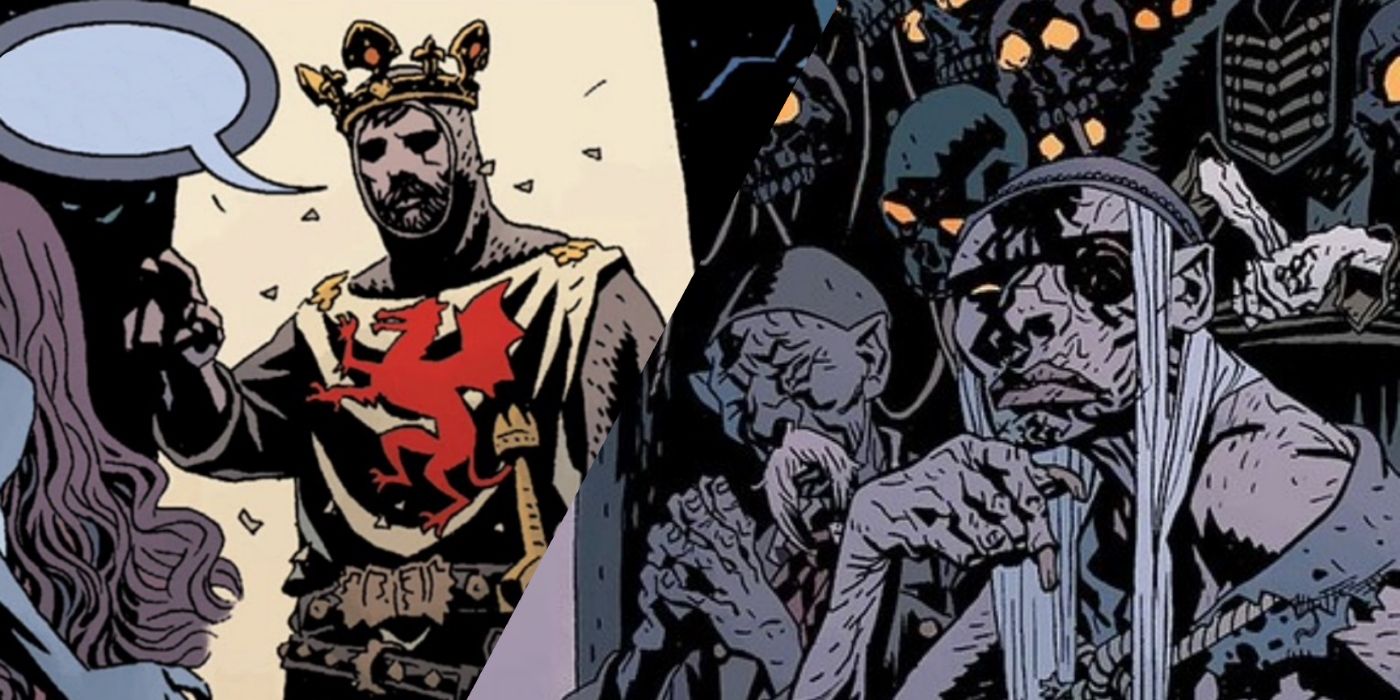 Being heavily inspired by the many tales of old, Mike Mignola spent a lot of time incorporating these stories into the comics. The movies make some of these references known with figures like Rasputin, Baba Yaga, and King Arthur.

While not sticking strictly to famous references, he has referenced stories from old European and Slavic cultures. Characters such as Rawhead and Bloody Bones (from American folklore), Koschei the immortal have made appearances in some of Hellboy’s adventures. 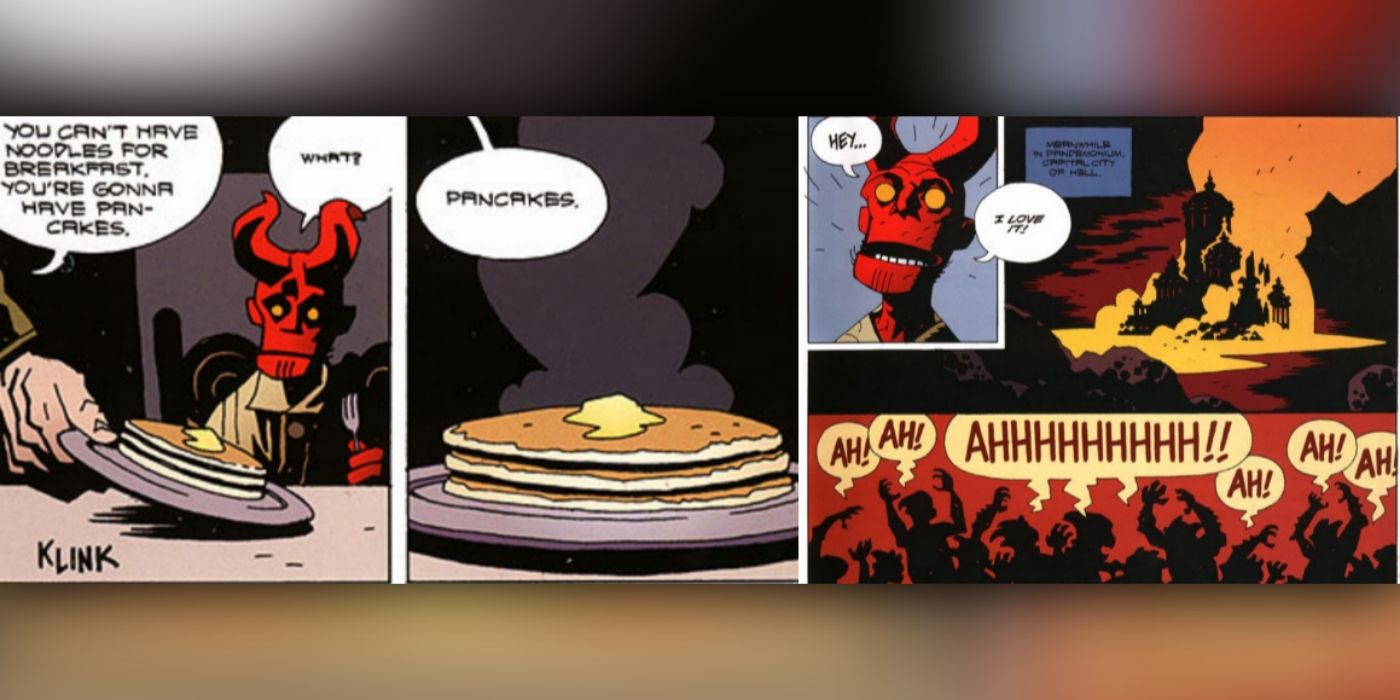 Something he loves more than beer and cigars are pancakes. Of course, he’s not the only one who loves them this much. Introduced as part of a short panel in the Dark Horse Presents Annual 1999, Hellboy was introduced to them as a child. He was extremely reluctant to have them at first, but after one bite he was hooked.

Apparently, this spelled doom for all of hell. Immediately after his first taste, all of the demons began to loudly mourn his discovery. They began to lament the fact that he would never want to return home because he had tasted “the pancake.” 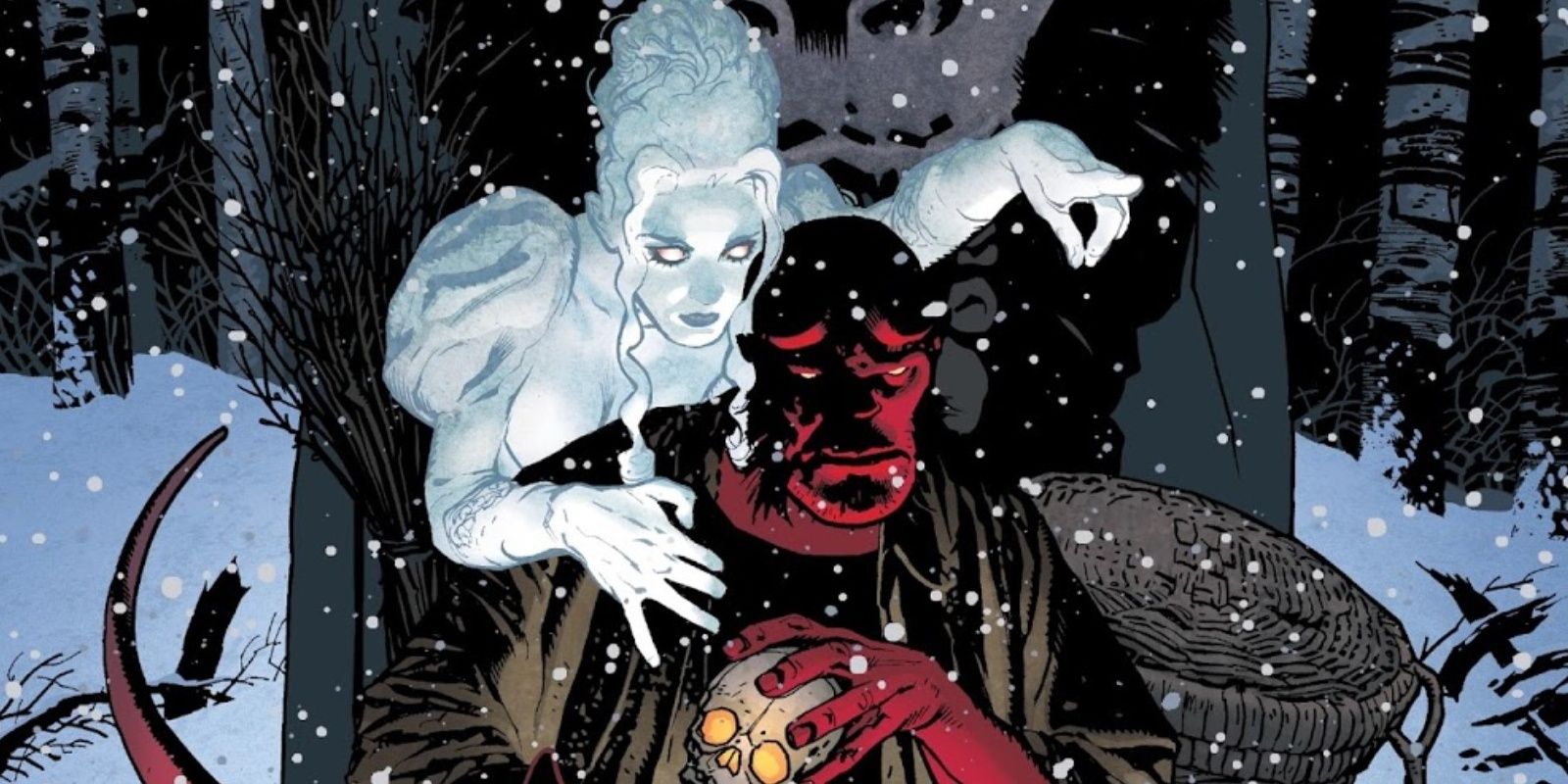 A bit of a peculiar detail to add, but apparently if Hellboy had a scent it would be of dry roasted peanuts.

While this detail isn’t explicitly stated in the comics, it is known by many of his fans. It was actually described in the anthology Oddest Jobs, a collection of stories written by various authors about Hellboy. Strangely enough, Hellboy did eventually have a scent made after his likeness, but it didn’t smell anything like peanuts.