You Are Reading :10 Spookiest Batman Stories To Read Before Halloween 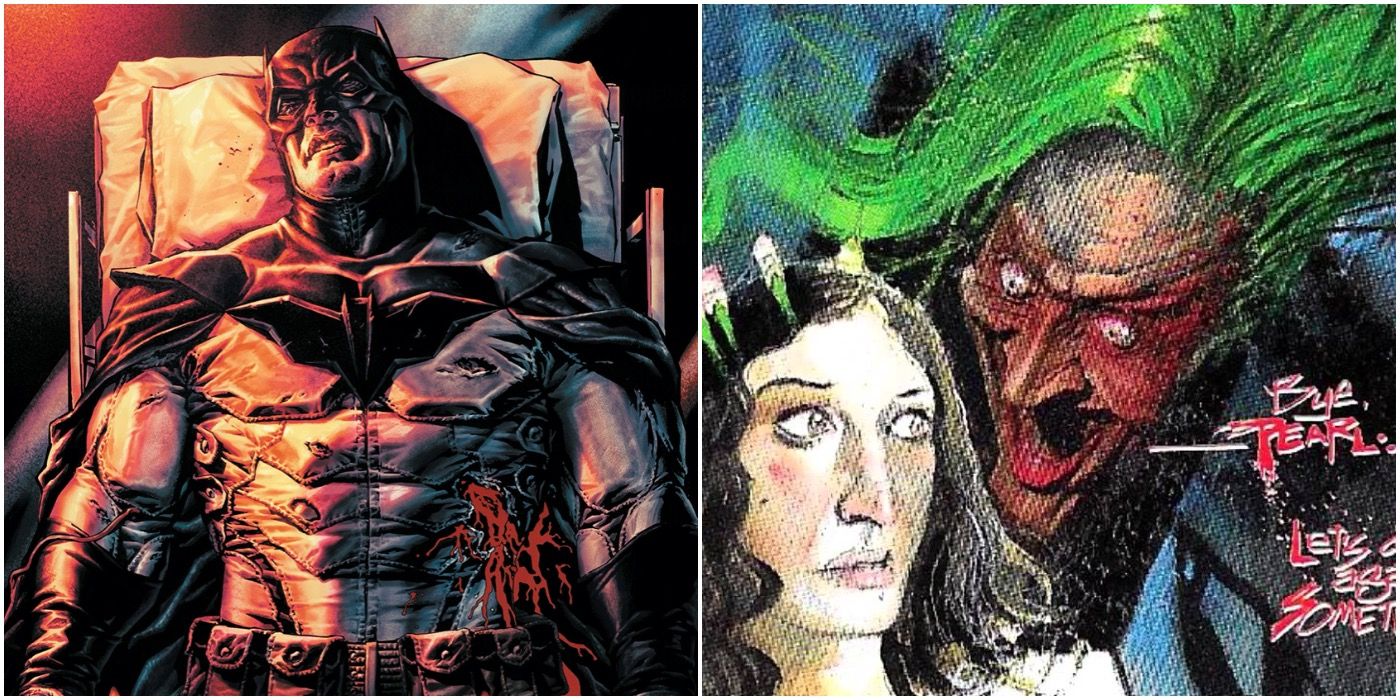 Batman is one of the darkest characters in comics. His origin was born out of the death of his parents right before his young eyes, with the adult Bruce Wayne building his entire life around avenging their deaths. If this wasn’t dark enough, Batman also boasts a rogues gallery full of some of the most disturbing characters in comic book history.

While every Batman comic is generally disturbing in some manner (he is fighting evil after all)), some Batman storylines have really hammered home the horror themes, resulting in some truly terrifying adventures. 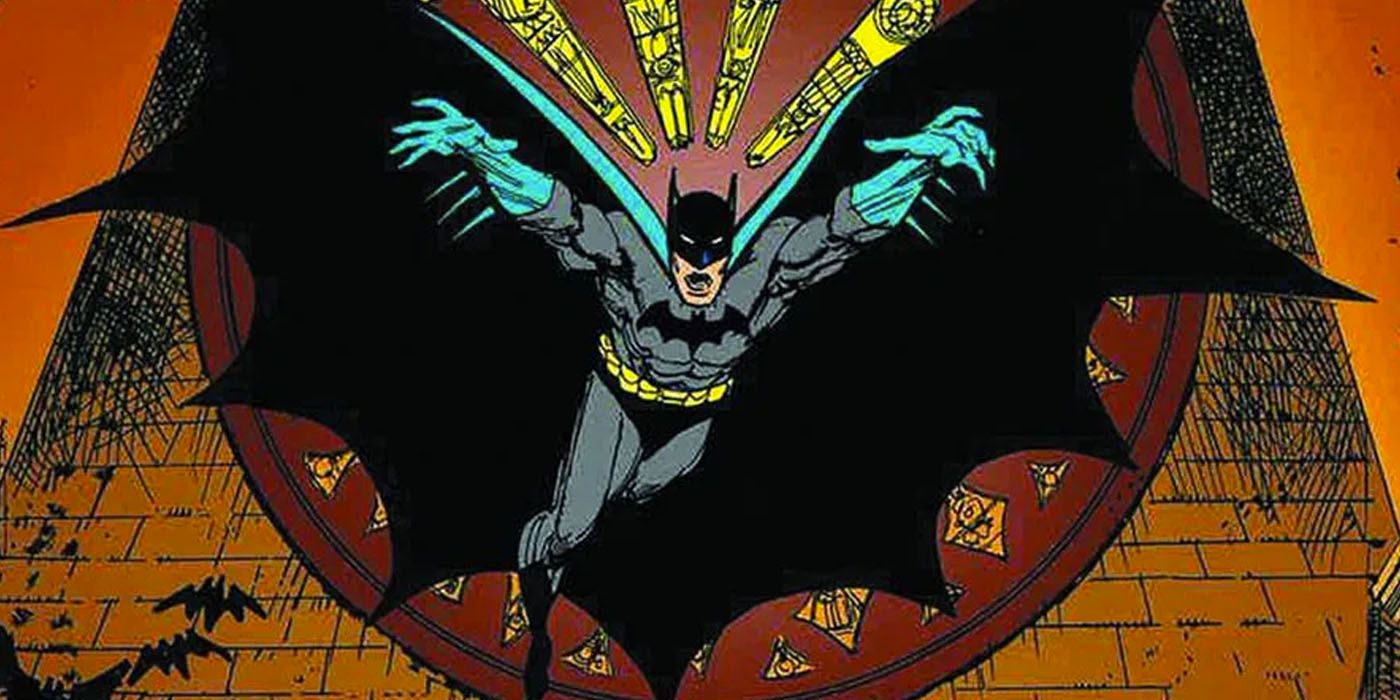 Written by Grant Morrison, Gothic is a tale that follows Batman early in his crime fighting career. The Dark Knight is pulled into investigating the mysterious Mr. Whisper, a man who worked as the headmaster at a school that Bruce Wayne used to attend.

The tale is a supernatural detective story that sees Batman uncovering the fact that Mr. Whisper is an ancient monk who sold his soul to the devil. Whisper plans on destroying Gotham to retrieve his soul.

See also  Batman 11 Most Iconic Supporting Characters From The Comics

9 The Batman Who Laughs 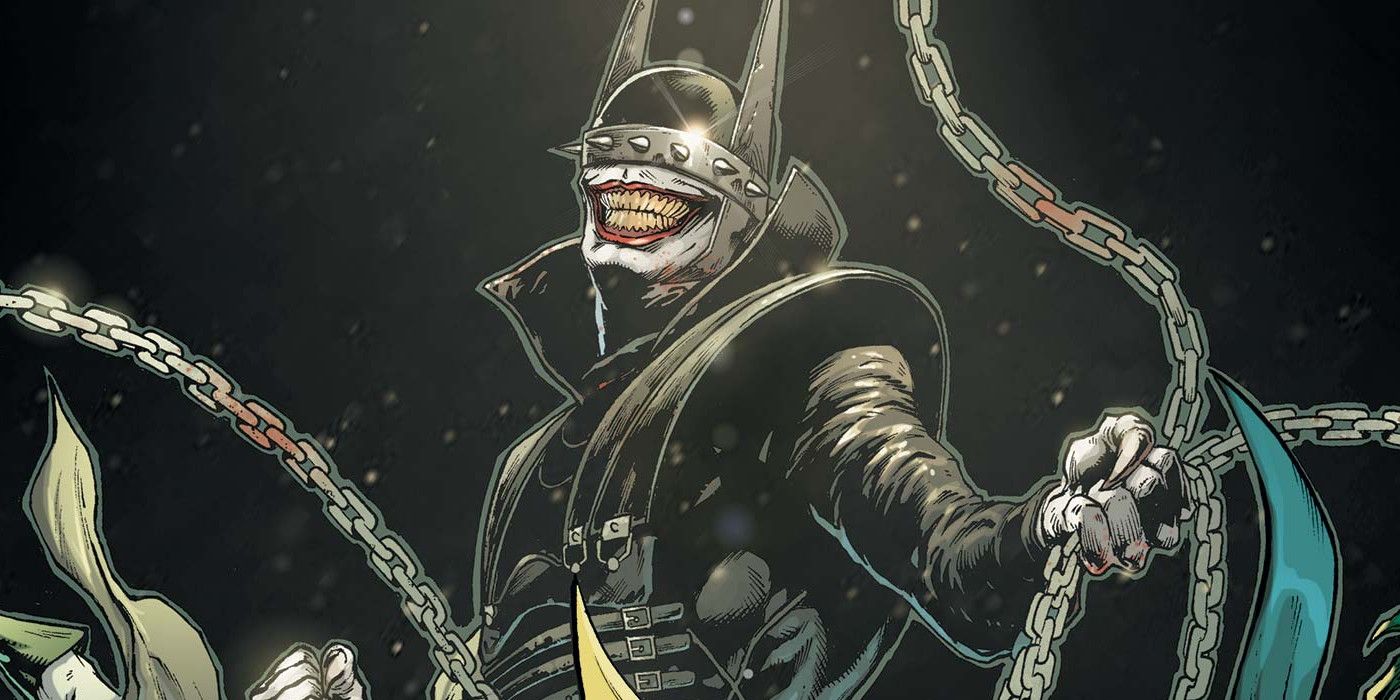 In his self titled graphic novel, fans can see the Batman Who Laughs causing havoc across Gotham, showing his twisted side and pushing Batman to his limit. 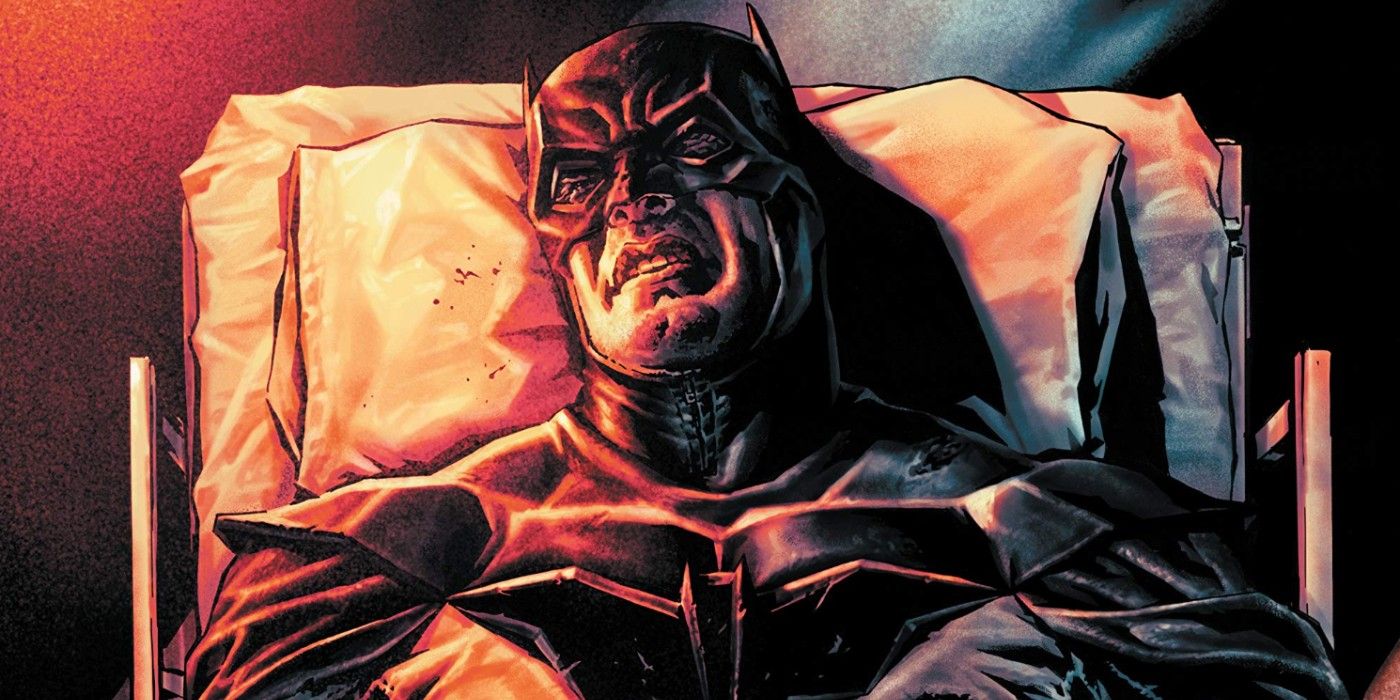 Batman Damned is one of the most visually appealing Batman comics of the past few decades. The story combines both superhero and horror genres, resulting in one of the most unique Batman stories of all time.

Damned sees Batman tracking down the murderer of the Joker, yet no one knows who did the deed – could it have been Batman himself? 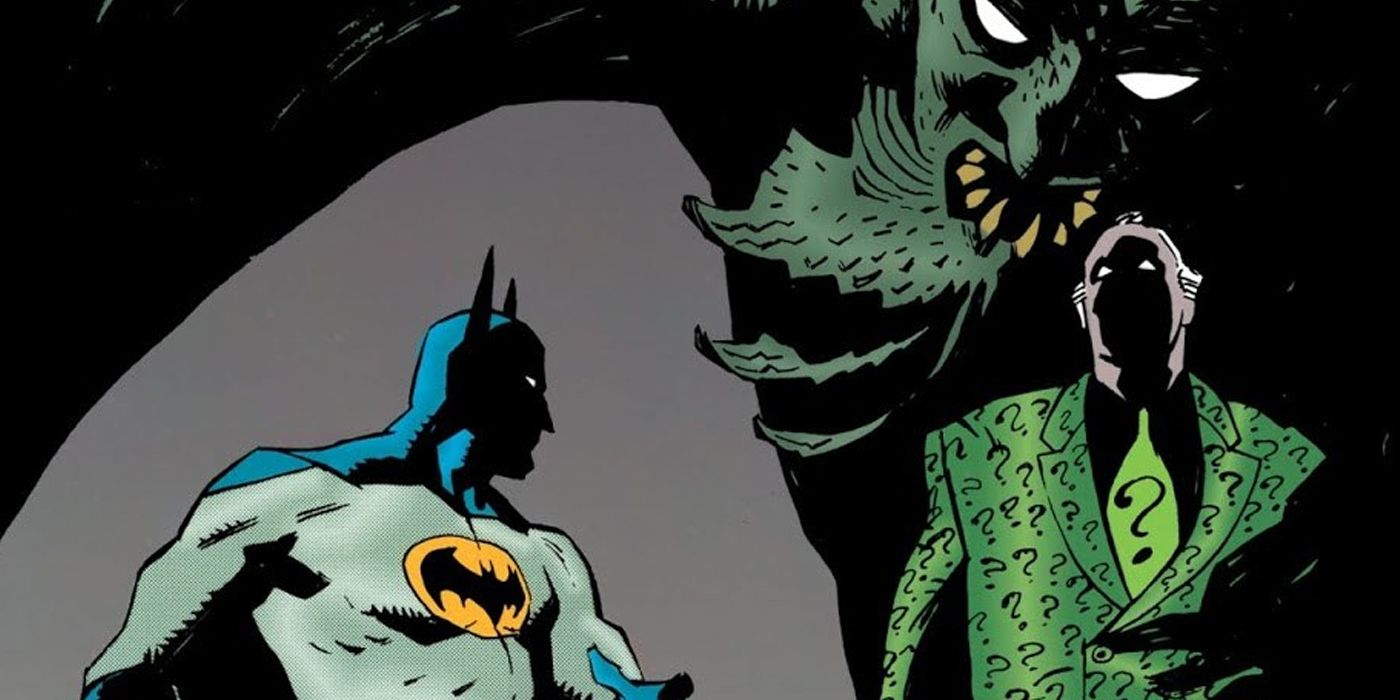 Dark Knight, Dark City is a Batman story that sees the Dark Knight grapple with the Riddler, exploring the dark past of Gotham City in the process. This story arc paints the Riddler as being far more bloodthirsty than he is commonly shown to be.

However, it is in the origins of Gotham City that much of the horror is drawn from. Dark City reveals that the early settlers of Gotham summoned a demon known as Barbathos and his evil aura has been influencing the city ever since.

Batman is one of the most skilled and experienced fighters in the DC Universe. As such, he is very rarely pushed to his limit and broken both mentally and physically. However, this is exactly what happened in the Court of Owls saga.

See also  10 Batman Villains Who Are Better Suited For Superman

Batman delves deep into the Court of Owls and ultimately ends up being trapped in their underground maze. Here, fans see Batman truly broken, showing a different side to Batman that hasn’t been shown before.

5 Death Of The Family 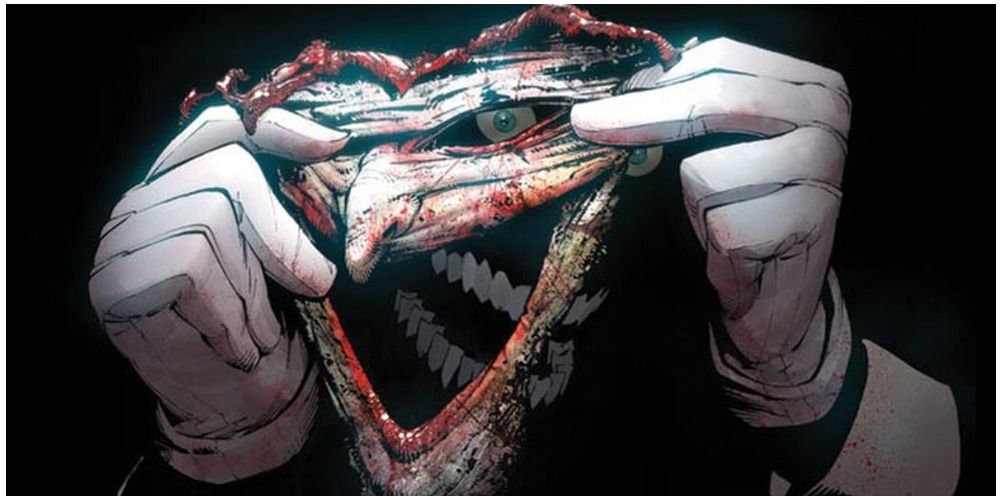 The Joker has always been a disturbing and unsettling villain, with the Clown Prince of Crime’s insane actions and his clownish appearance making him a nightmare for most around the world. However, in Scott Snyder’s Death of the Family, the Joker gets particularly horrifying.

In the story, the Joker has sliced off his face but continues to wear it as a grotesque mask. If this isn’t frightening enough, the Joker also threatens to cut the faces off the bat family. 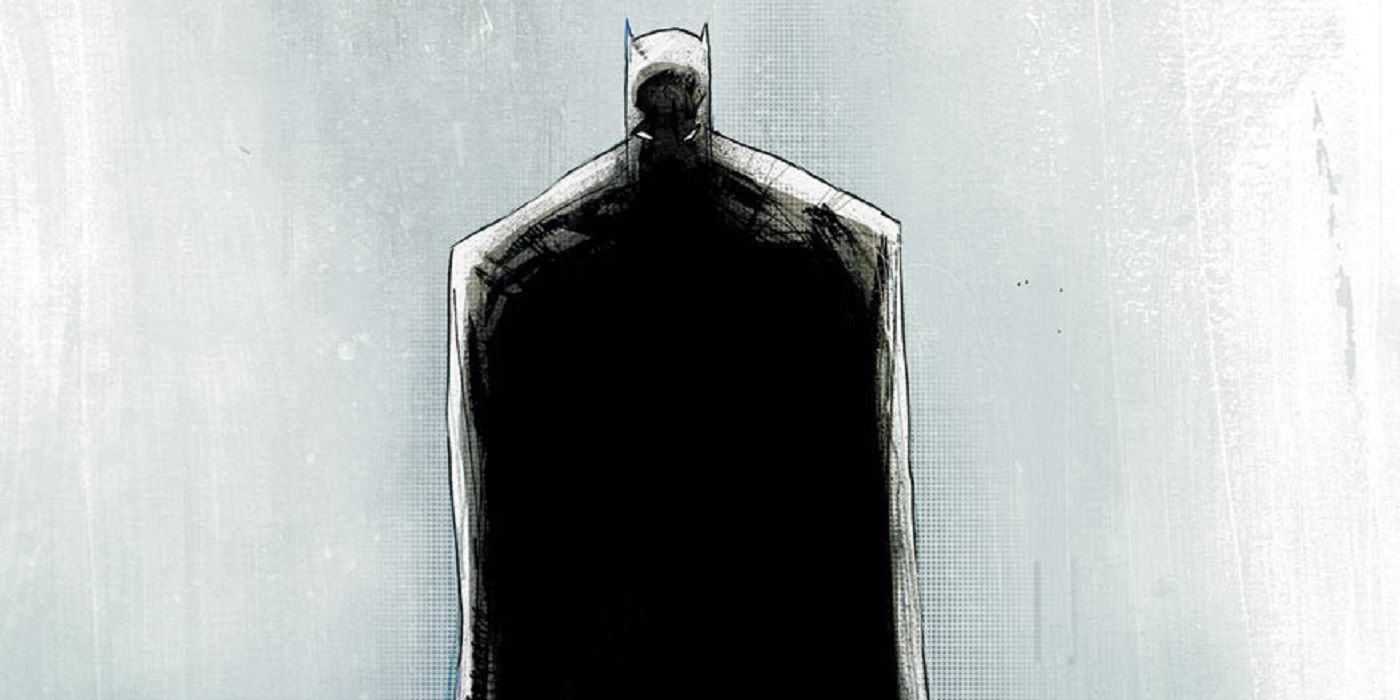 Scott Snyder’s New 52 take on the Batman character came when Dick Grayson was the man beneath the cowl. Black Mirror is a gritty, dark, and brutal detective story that sees Dici Grayson pushed to his limits very early in his Caped Crusader career.

Batman is trying to put an end to an underground black market of weaponry, all while Jim and Barbara Gordon try and deal with James Gordon Jr’s psychopathic mental state. 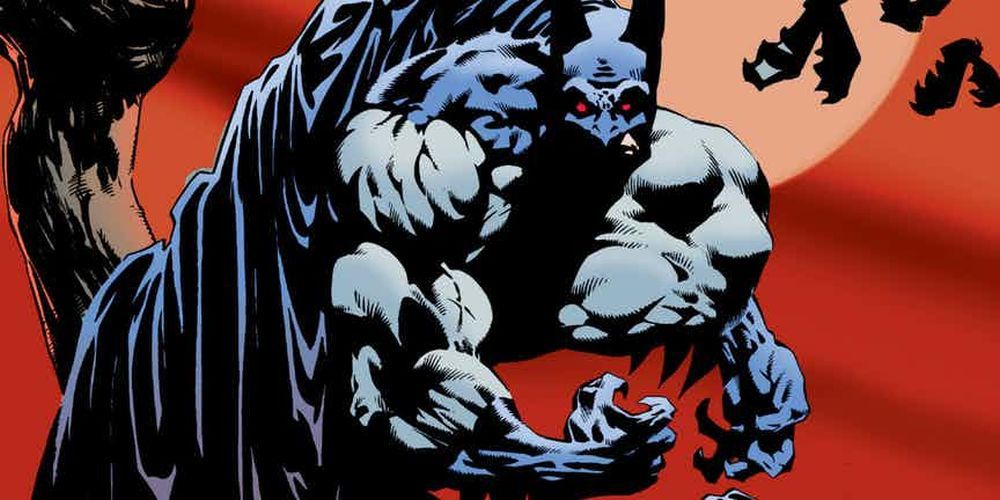 In Red Rain, Batman is turned into a vampire by Dracula and what follows is one of the disturbing Batman stories ever told. Alfred is forced to strike a stake through Batman’s heart to stop him, only to then remove it after crime in Gotham gets out of hand. Batman then goes on a murder spree of villains before he lets himself die in the daylight. 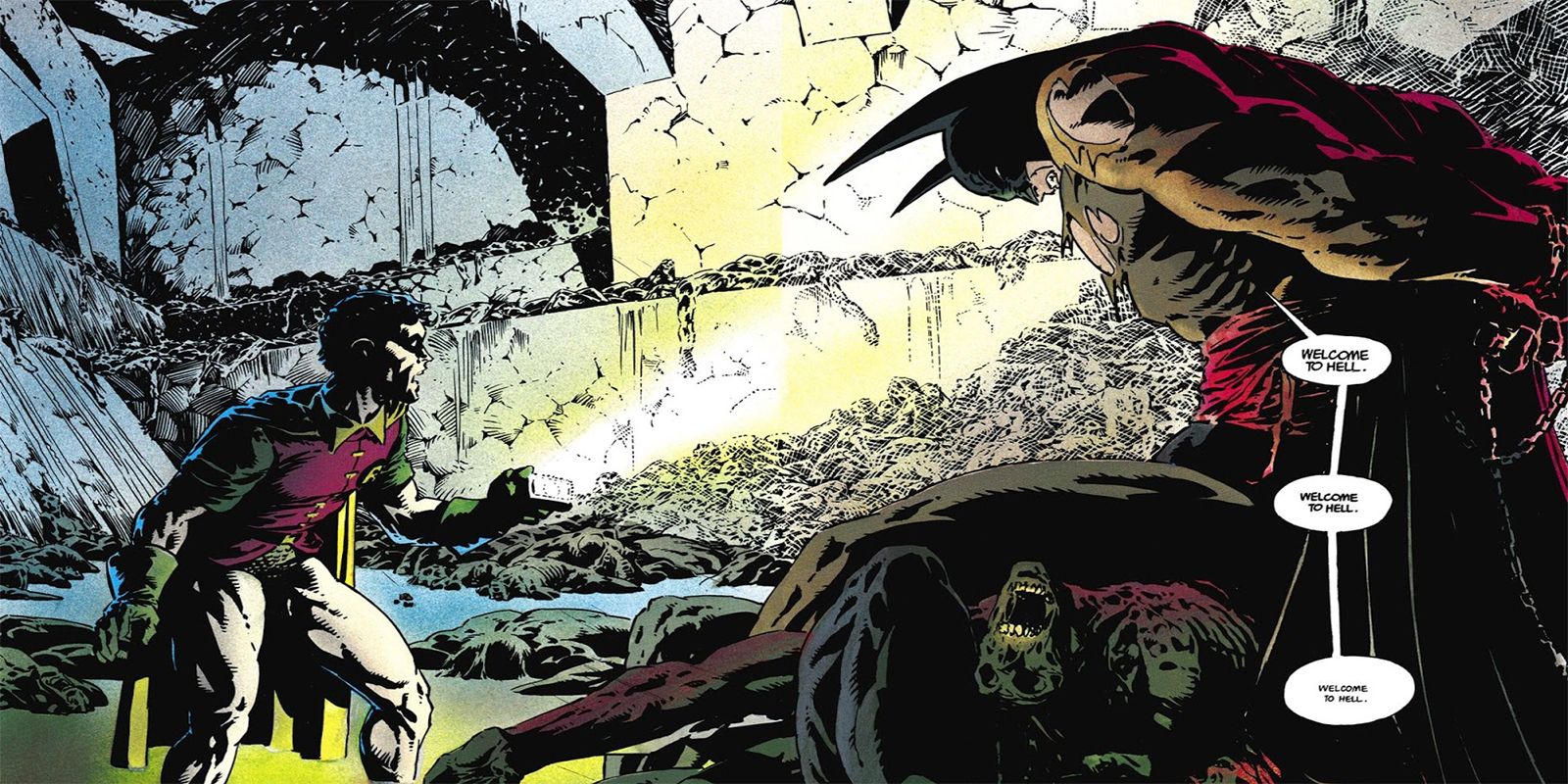 Deacon Blackfire is far from the most famous or well-known Batman villain, but the leader of this cult truly broke Batman in a way that both Bane and the Court of Owls could only dream of doing.

In Batman: The Cult, the Dark Knight investigates Deacon Blackfire’s mysterious cult only to be captured and tortured by the cult. The psychological torment inflicted on Batman leads to the Caped Crusader joining the cult. 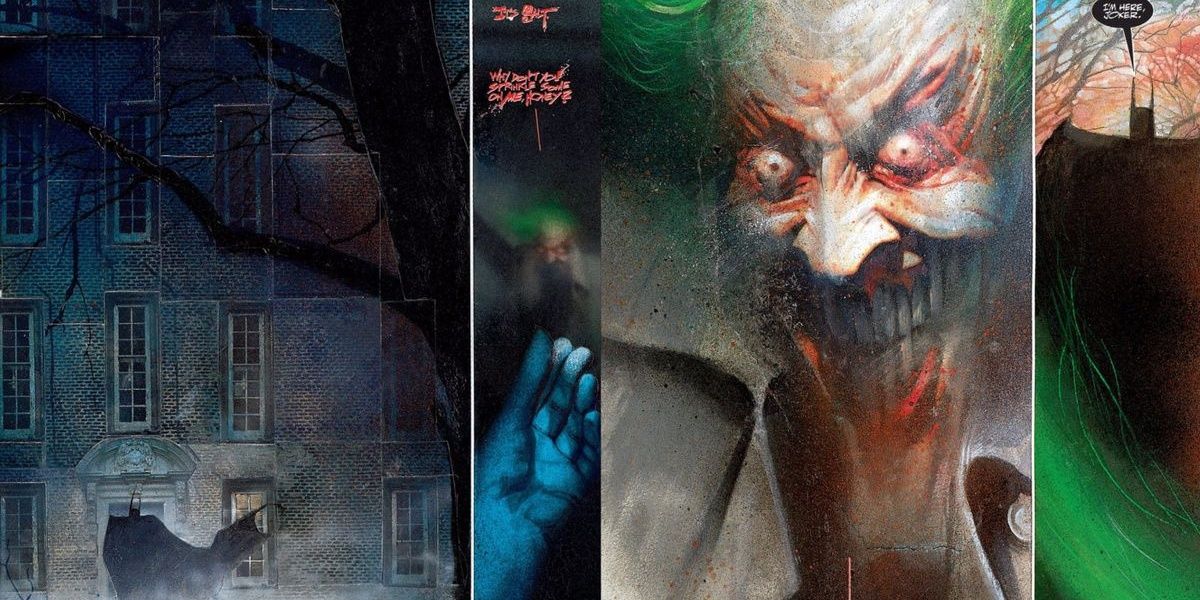 Arkham Asylum: A Serious House on Serious Earth is one of the most disturbing comic book stories every put to print. The dark, disturbing Grant Morrison subject matter is perfectly matched by the horrifying art of Dave McKean.

The exploration of Amadeus Arkham’s mental state and history is truly horrifying, with certain revelations concerning the fate of the inmates in the asylum also incredibly disturbing for the reader.