A Pokémon’s design can be quite misleading when it comes to its stats, and some Pokémon are surprisingly a lot slower than they look.

You Are Reading :10 Slow Pokémon That Look Like Theyd Be Fast 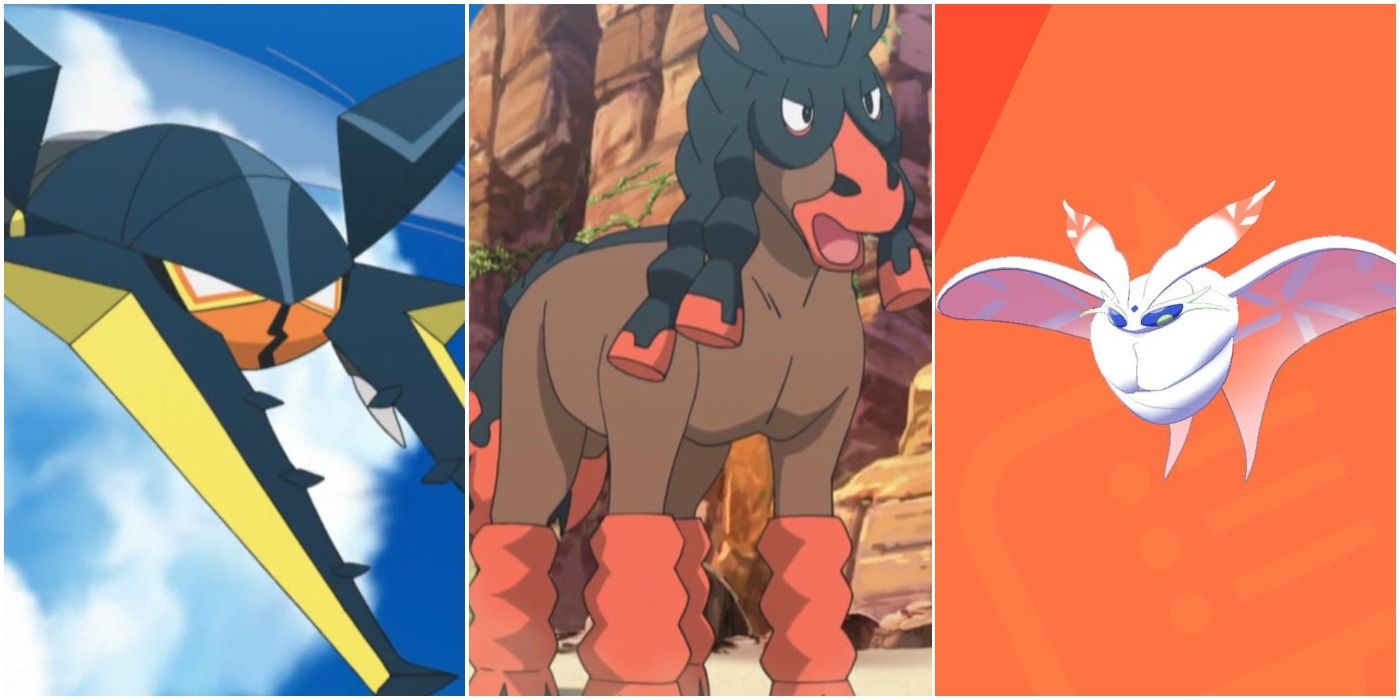 After eight generations of Pokémon, it is safe to say that there are plenty of Pokémon that have been done a disservice in terms of stats, considering the potential that their respective designs may have implied.

With this in mind, there are many Pokémon that have traits in design or characteristics that suggest they should be faster than they are with their given stats. In some cases, the way that they are shown in the anime even contradicts the base speed stat given in the games. It does make sense that Pokémon should be nerfed to an extent to avoid having too many with overwhelming base stat totals, but it’s just a shame that the speed seems to suffer in most cases. 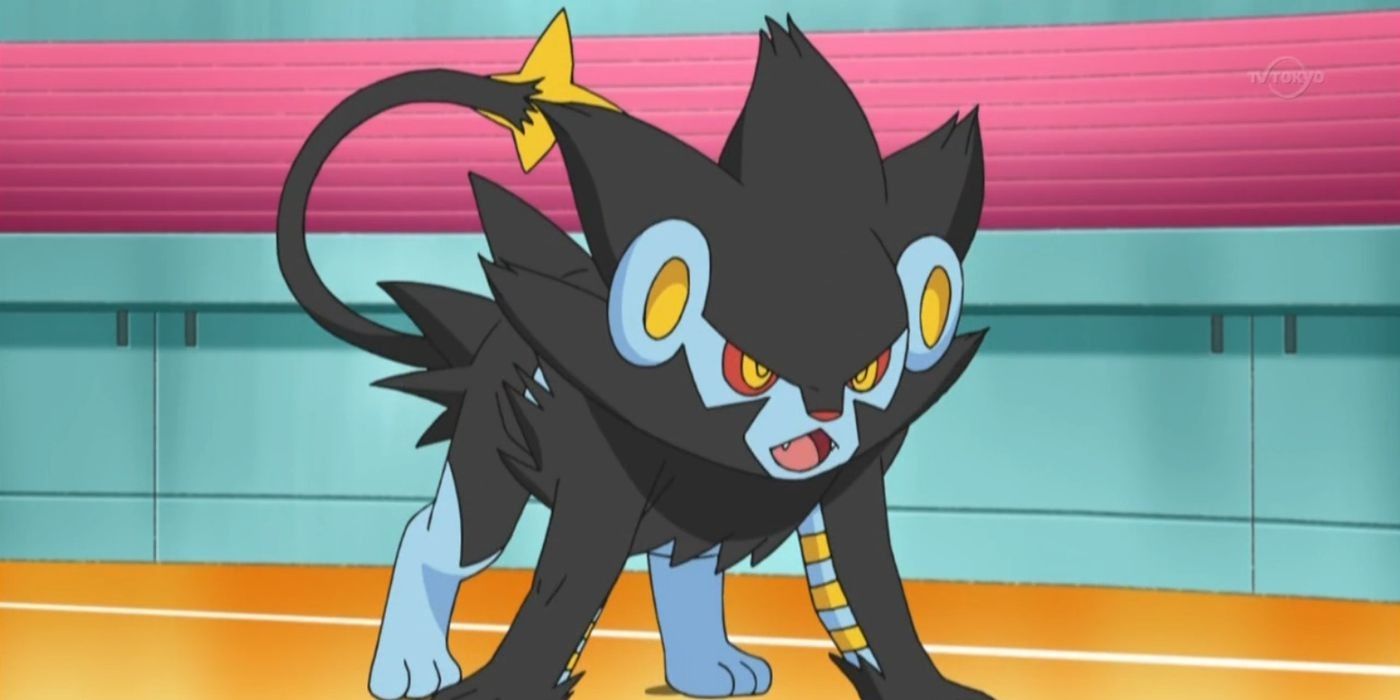 Introduced in Gen IV, the Electric-type Luxray is somewhat reminiscent of Arcanine from the original batch of Pokémon, despite it being lion-like compared to Arcanine’s big fiery dog appearance. Both are considered to be more capable offensively than defensively on both the physical and special sides.

However, when it comes to speed, Arcanine has 95 compared to Luxray’s 70, and this is ultimately what gives Arcanine a higher base stat total than Luxray. With so many comparisons, it seems like a given that Luxray should at the very least have a slight boost in speed. 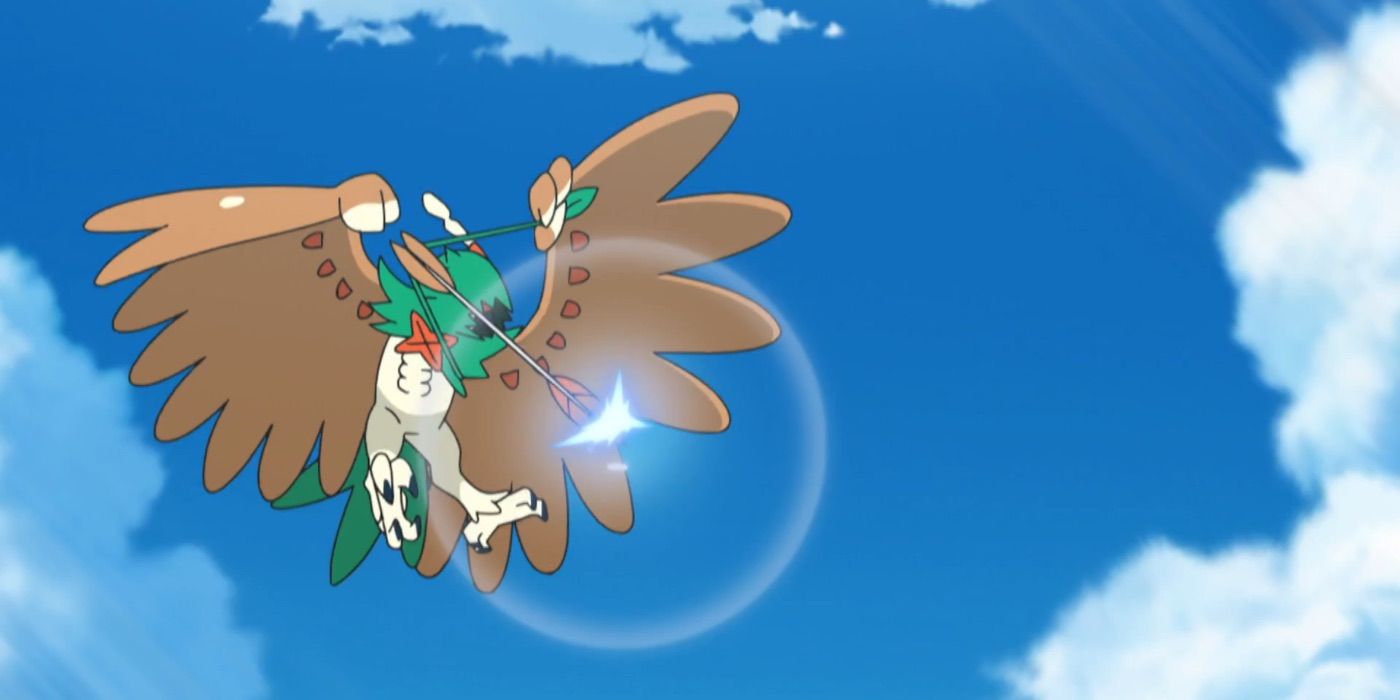 On paper, owls perhaps aren’t the quickest of birds, but given the Rowlet line’s theme as quick and skillful archers, their speeds should arguably be better than 42, 52, and 70 for Rowlet, Dartrix, and Decidueye, respectively.

Decidueye, especially in terms of its design, looks like it could have at least 80 to 85 speed, and this would undoubtedly make it more of a threat, especially in the games. Perhaps if Hau’s Decidueye had this level of speed, he may well have beaten Ash at the Manalo Conference. 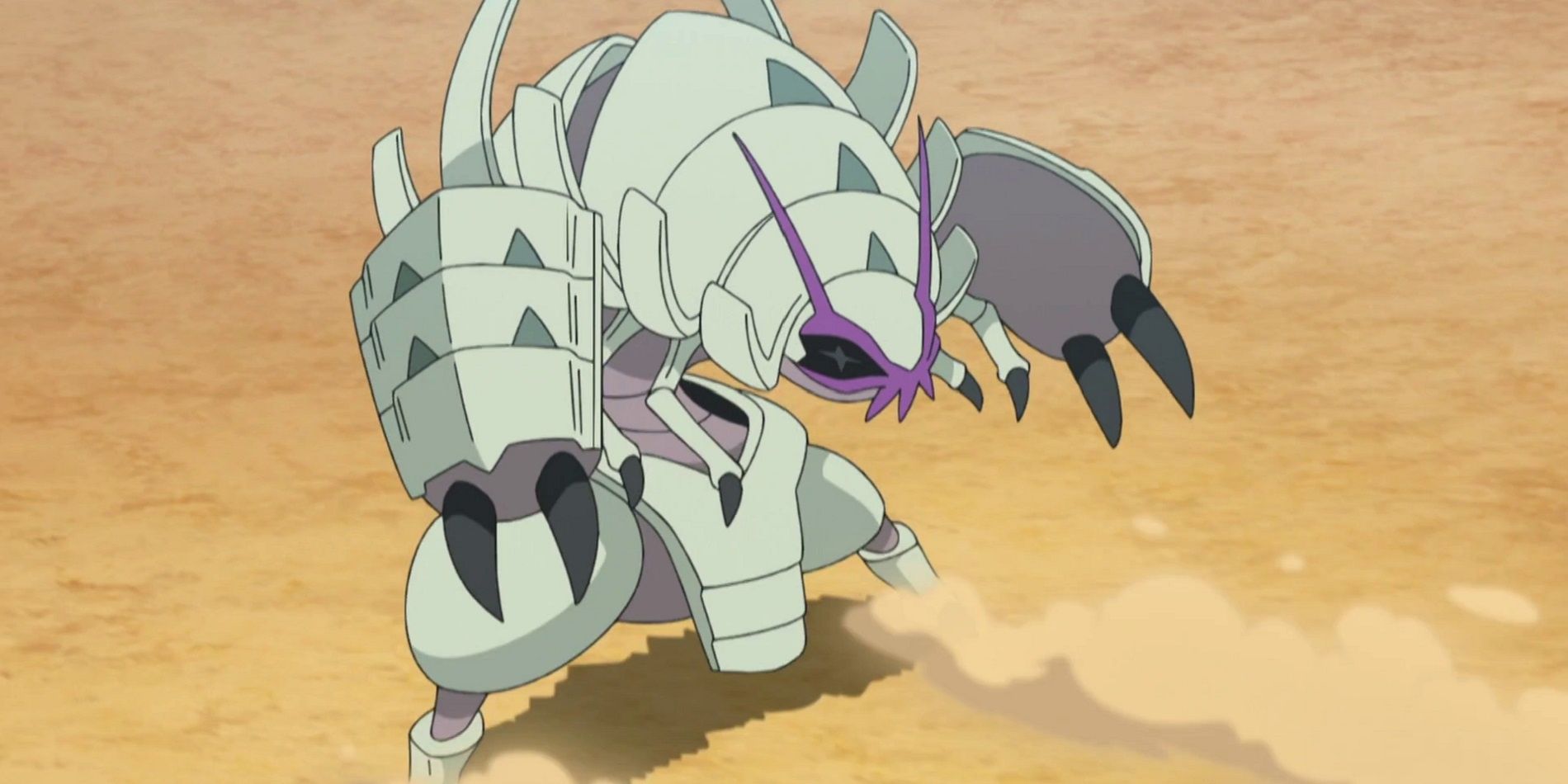 At first glance, Golisopod may look like more of a tank than a speedy Pokémon, but witnessing it in the anime can easily change that perception. When it uses First Impression, despite it being a priority move, it still showcases how fast this Pokémon can move when it wants to. Its ability, Emergency Exit is another example of this, where it flees the battle quickly after taking a certain amount of damage.

Both of these examples suggest that it should be pretty quick on its feet, but its base speed stat of 40 completely debunks this line of thinking. It is known to meditate at the bottom of the sea as time slowly passes, but when in battle, it should undoubtedly have more speed to work with. 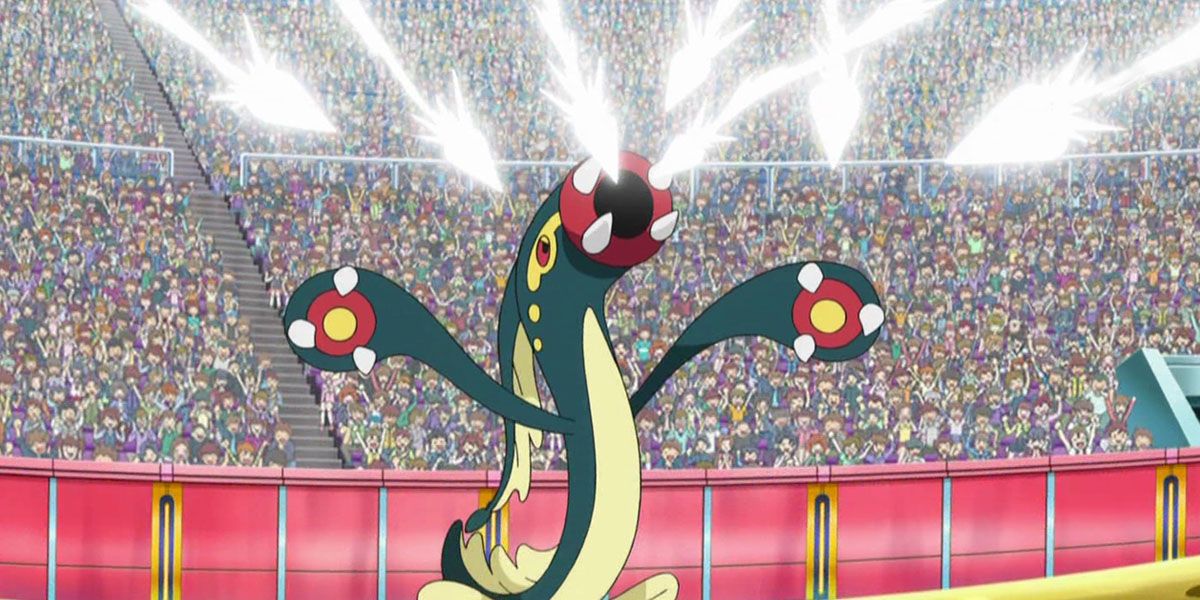 As a pure Electric-type with the ability Levitate, Eelektrik has no super-effective weaknesses, a rarity in the Pokémon universe. However, despite being an electric eel that could easily justify swift movement with its design or electric-powered movement, Eelektrik and its final evolution Eelektross have 40 and 50 base speed stats, respectively.

It’s unfortunate that speed largely dictates whether a Pokémon is usable in the games, but if the electric eel Pokémon had better speed, they could be regarded as real game-changers in the competitive meta. 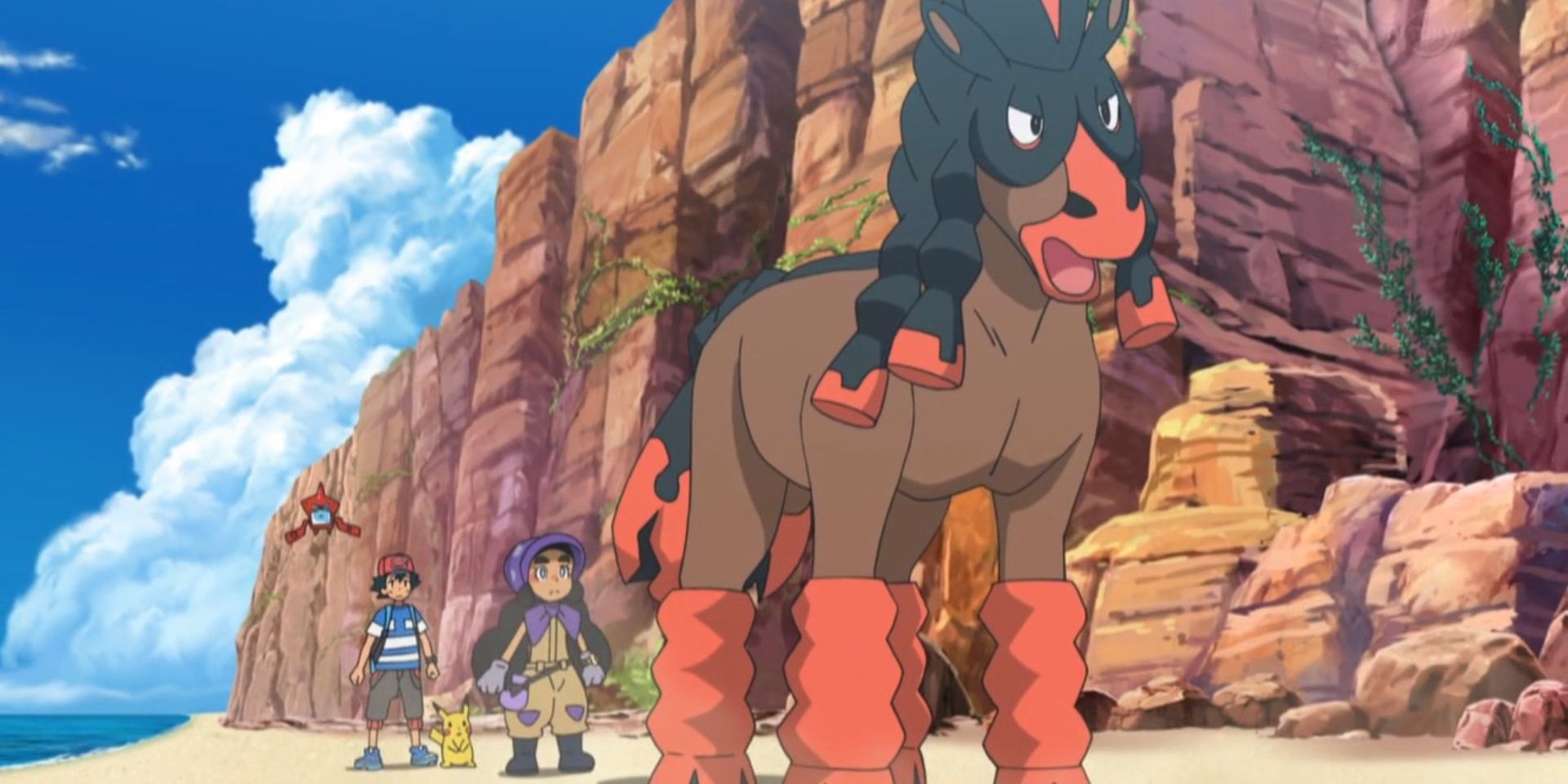 Mudsdale’s various Pokédex entries focus on its sheer size and power, but as a powerful horse, it should really be faster than it is. Mudsdale has impressive total stats at 500 with considerable HP, physical offense, and defense. But with 35 speed, the other stats could arguably have been reduced slightly in favor of a classic horse trait — speed.

The thought of a Bellsprout having 40 speed and being quicker than a Mudsdale seems like a disservice to the pure Ground-type Pokémon. In the anime, Hapu’s Mudsdale could have put up more of a fight and perhaps even beaten Ash’s Pikachu if it had more speed to go with its brute force.

5 Frosmoth Is Similar To Volcarona Apart From Their Speed 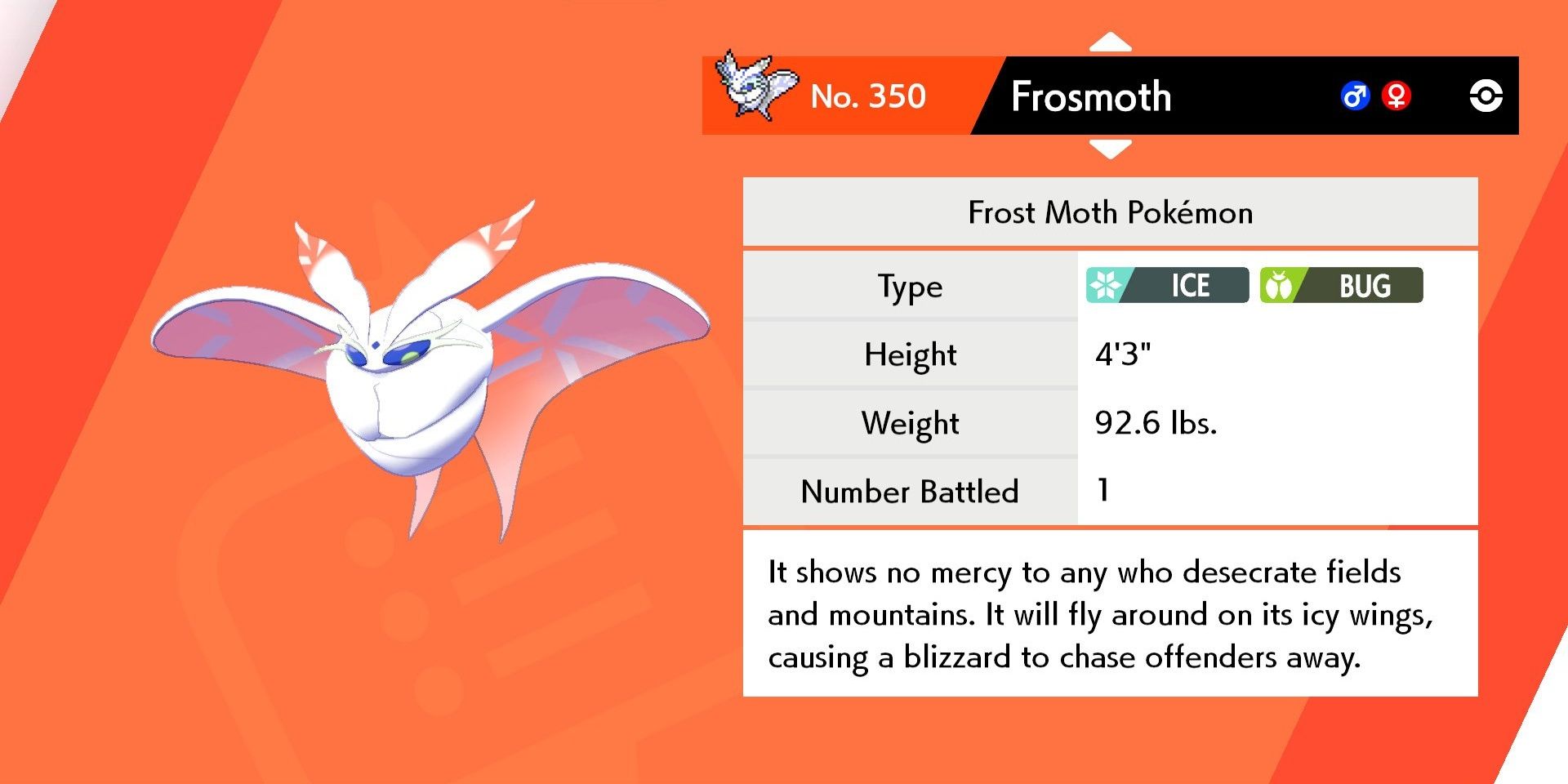 Having a base speed of 65 may not appear to be that bad for what is essentially a snowy moth, but it is not possible to look at Frosmoth without comparing it with Volcarona. While Volcarona looks similar if not slightly bulkier than Frosmoth, it has an impressive 100 base speed to put Frosmoth to shame.

Like Frosmoth, Volcarona also excels at special offense and defense, and the fact that it has much higher total base stats seems to be the only reason why the speed isn’t also similar. It is another case of a Pokémon not being used as much, especially in the games, due to its speed not being up to par. 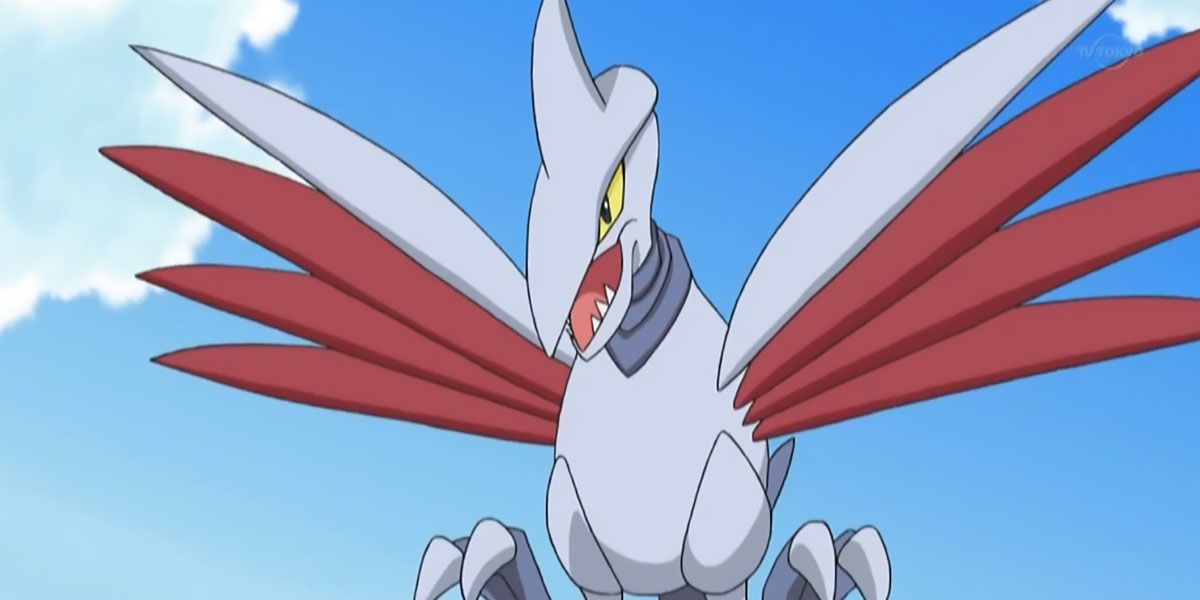 Introduced back in Gen II, Skarmory was one of the first Pokémon to have the new Steel typing. Some of its Pokédex entries even go as far as to say that despite its steel wings looking heavy, they are actually light and hollow, allowing it to fly at speeds of up to 180mph. The impressive speed is repeated across several of its Pokédex entries, but when it comes to its base stats, it only has 70 speed with a decent base stat total of 465. While it would be tough to say which stat would have to be reduced in order to accommodate for better speed, it could alternatively just be given 500 total base stats to fix this problem.

3 Ariados Has A Great Design That Is Let Down By All Its Stats, Especially Speed 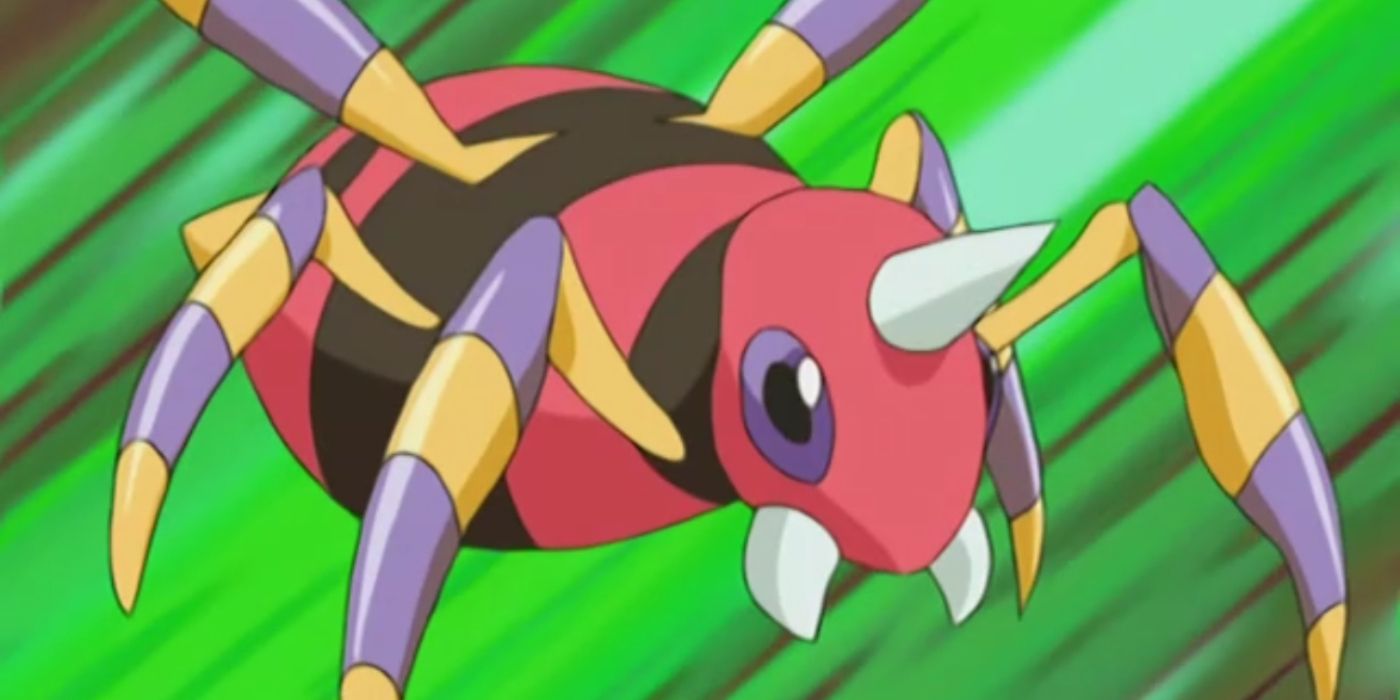 Ariados has never really had good stats anyway, with a base stat total of 390 until it had a slight special defense boost in Gen VII. Still, its speed remaining at 40 doesn’t seem quite right. A general assumption of spiders is that they are capable of scuttling along at scary speeds, but Ariados does not fit in with that.

Ariados arguably should receive a total base stat boost or at the very least a reshuffle of its stats to give it better speed. This would make it usable in the games, possibly as a glass cannon of some sort. 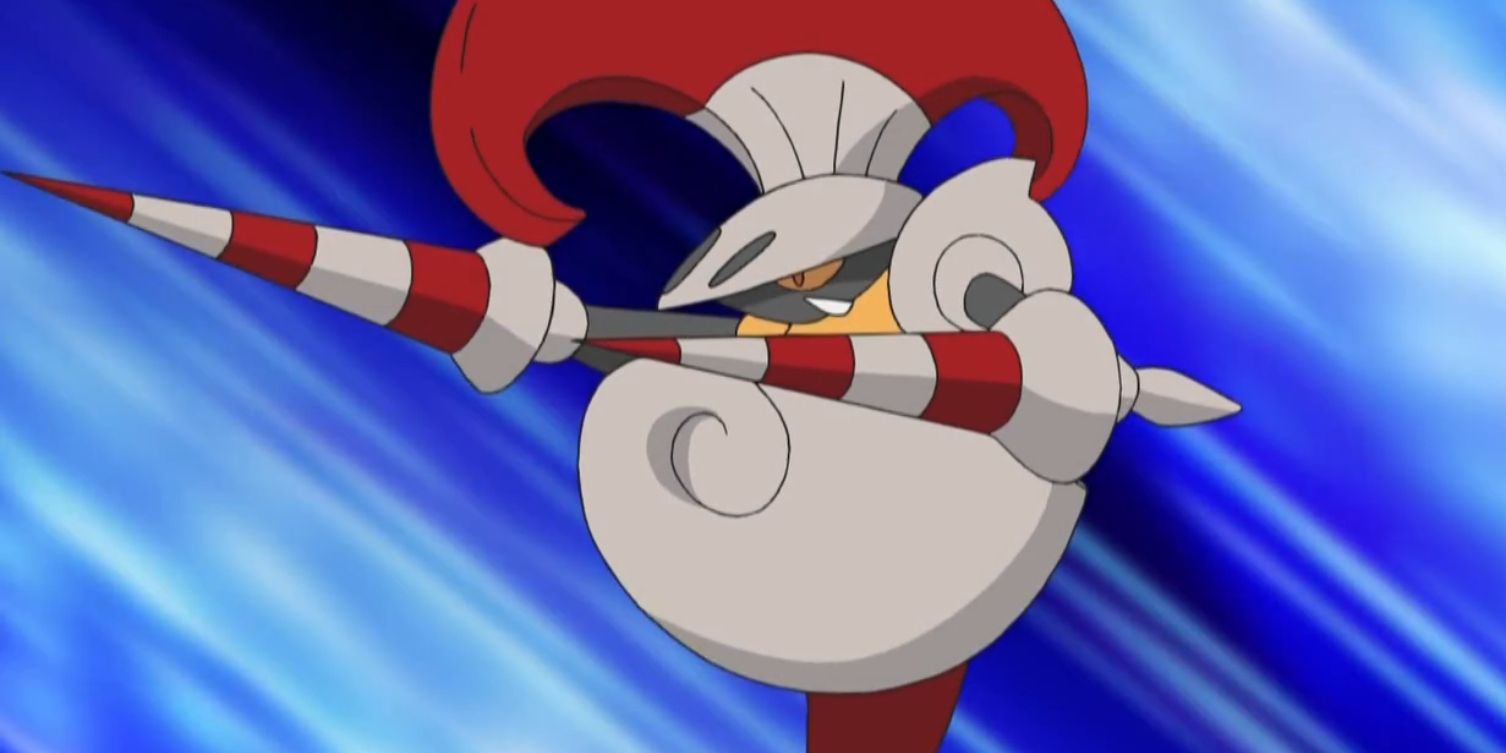 Escavalier, the dual Bug/Steel-type Cavalry Pokémon, has Pokédex entries that mention it flying around at high speeds and even charging at enemies with its pointed spears or lances. Therefore, it is surprising that its base speed stat is 20, making it one of the slowest Pokémon out there.

Escavalier has a useful type combination, meaning that it is only weak to Fire-types. But even with a lack of weaknesses, its unfairly slow speed just makes it unusable in the games. If Escavalier ever does see an increase in stats, its defense could also use a boost in addition to its speed. 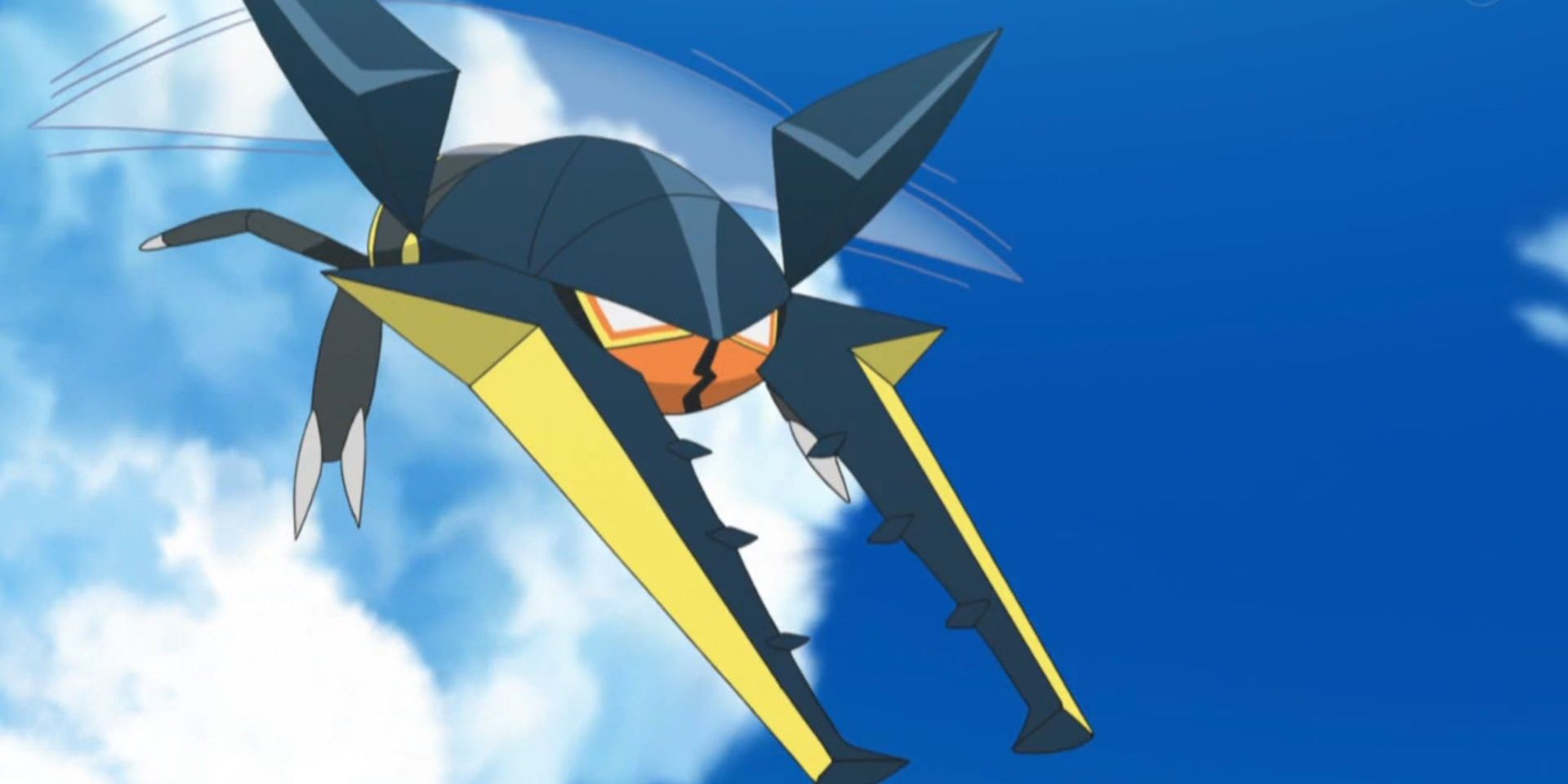 In the Sun & Moon series of the anime, Sophocles takes part in a Vikavolt race, and as the name suggests, trainers ride their Vikavolts on a track circuit. While the race doesn’t exactly exude blistering pace, Vikavolt’s supposed base speed stat of 43 feels way too low.

As an Electric-type, its main weakness to Ground is actually negated by its ability, Levitate. Despite this being incredibly useful, it feels like a missed opportunity not having an ability that could boost its speed, because being quicker would arguably be better than having to watch out for one extra weakness. It could possibly have had the Speed Boost ability like Ninjask to give it the pace it deserves.