10 Seven Deadly Sins Characters Who Could Defeat A Titan

10 Seven Deadly Sins Characters Who Could Defeat A Titan

Some characters from The Seven Deadly Sins have the power to slay a Titan, or at least render them unable to fight or move for awhile. Who can pull it off?

You Are Reading :10 Seven Deadly Sins Characters Who Could Defeat A Titan

The Seven Deadly Sins is a high fantasy action anime with a vaguely Arthurian vibe, starring the shonen hero Meliodas and the rest of his Sins gang. The kingdom of Liones can call upon mighty holy knights for defense, and the terrifying Ten Commandments threaten the entire realm. But can they take on Titans?

With their diverse powers and extraordinary speed and strength, many Sins characters could take on the pure Titans from the Attack on Titan franchise and achieve victory, either by destroying the Titan’s nape or rendering them immobile for a time. It’s true that the Scouts specialize in Titan slaying, but some Sins characters can beat them at their own game. Who might they be?

10 Meliodas, The Sins Commander, could easily take flight with his demonic power & deliver a powerful blow 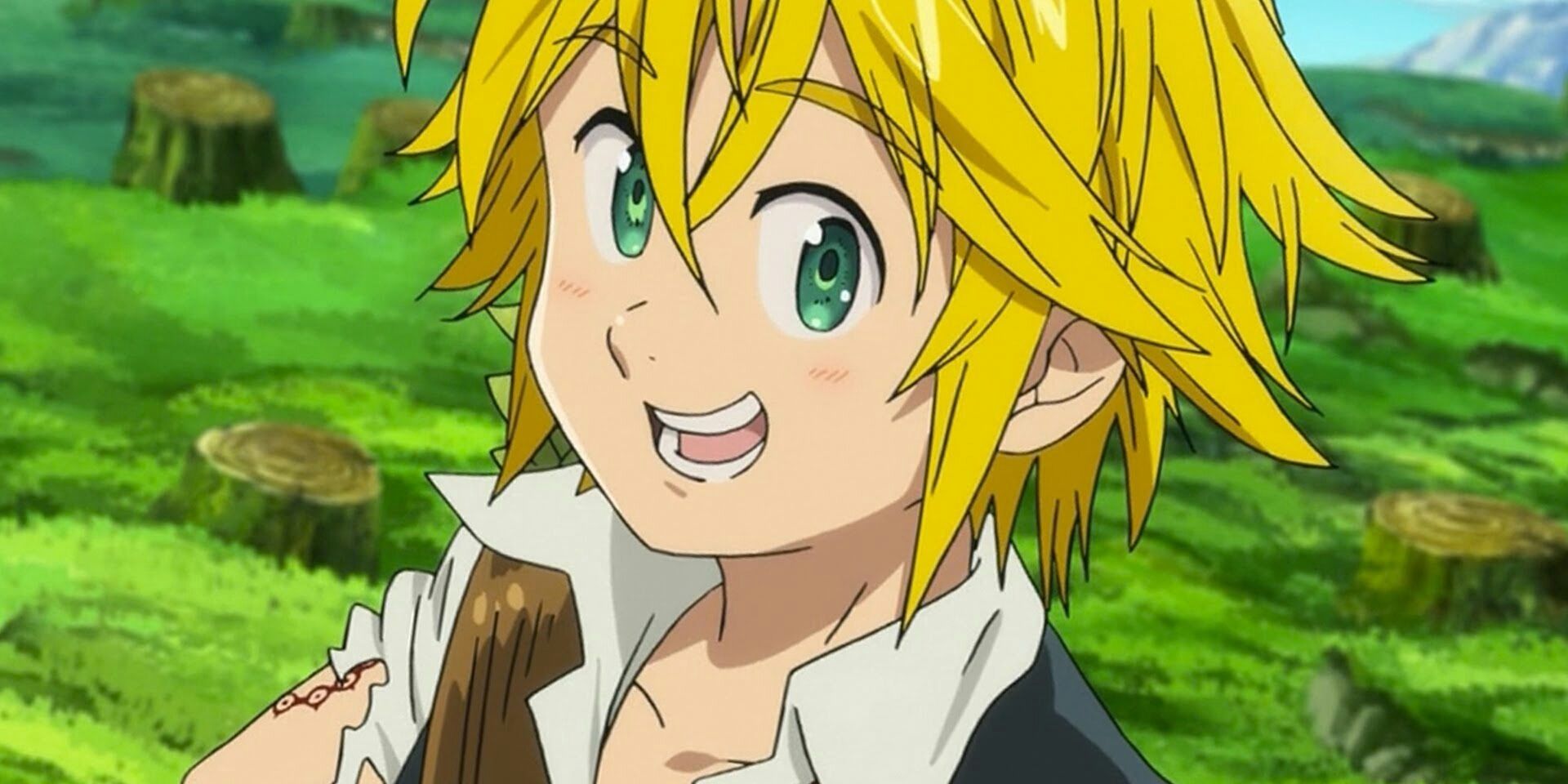 The hero himself is, as expected, one of the mightiest characters in all of The Seven Deadly Sins, though it took him some time to prove it. At first, Meliodas’ power was restrained, but his true demonic form (and powers) began to emerge. He can face the strongest of demons and win, no sweat.

If Meliodas faced a pure Titan, he could easily take flight with his demonic power and deliver a powerful blow to the Titan, slashing it in half. Even if the Titan could regenerate, Meliodas could keep slashing until he hits the nape, and wins.

9 Escanor, The Lion Sin, can swing his battle-ax Rhitta to deal incredible damage to any foe 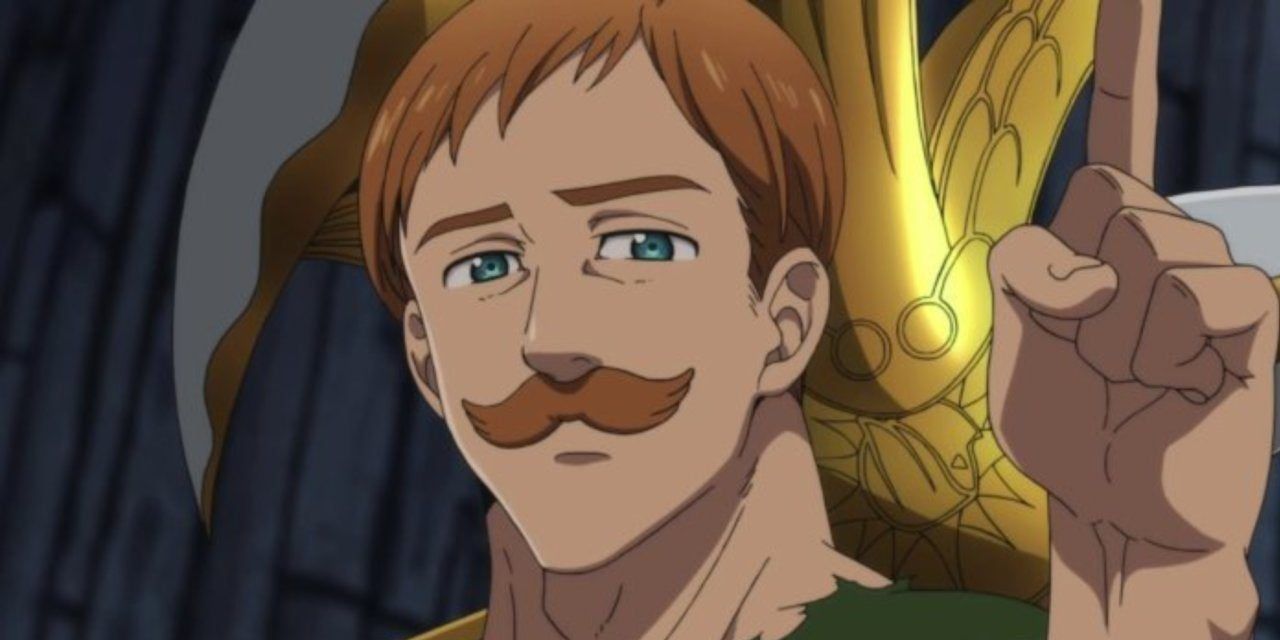 It is said that Escanor is the strongest human alive, and it soon becomes clear how he earned that reputation. Escanor may not be a demon or angel, but he can fight on par with any of them, thanks to his affinity for the sun. He’s earned the right to boast a little.

Once it hits high noon, Escanor’s strength and confidence reach their peak, and Escanor can swing his battle-ax Rhitta to deal incredible damage to any foe. If he can blast the terrain itself apart, he could vaporize a pure Titan too.

8 King, The Fairy Boss, can restrain any foe with oversized vines, roots, & more 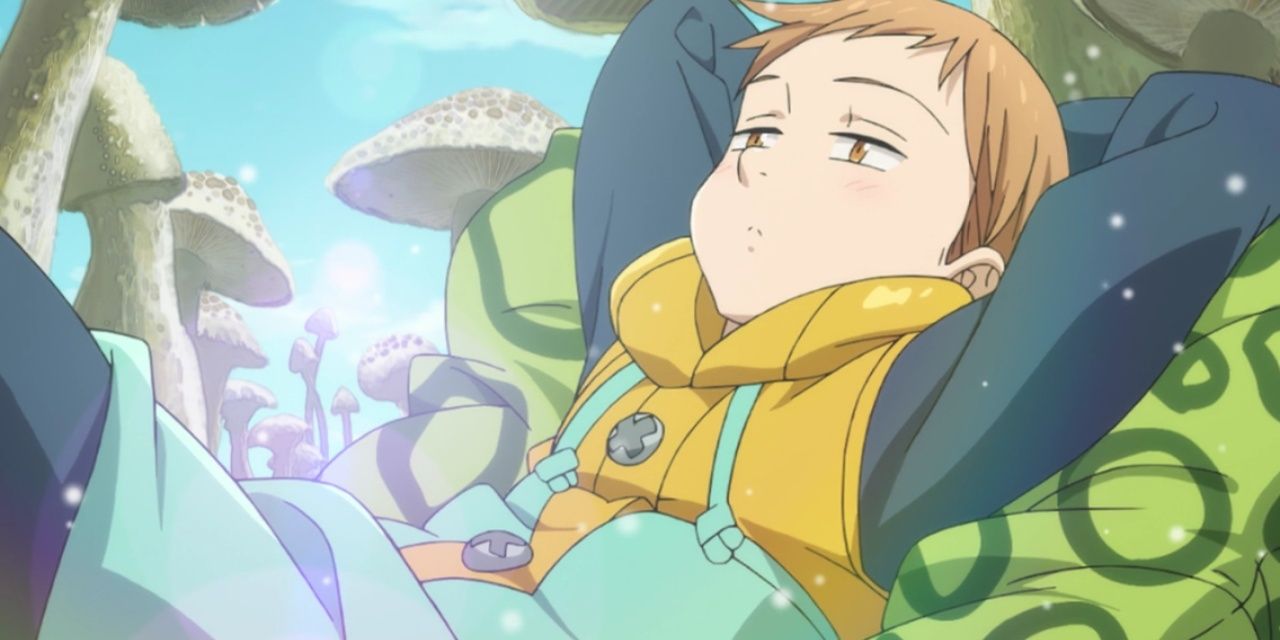 King really did become the king of the fairy people after a point, and his magical power is great enough to defend the entire fairy forest from any intruder. He can float around and read people’s hearts, and in battle, his control over plants is astonishing.

King can conjure an enormous flower to defeat his foes, and if enough greenery is around, he can restrain any foe with oversized vines, roots, and more. A pure Titan would be trapped and helpless once King summoned his true power.

7 Diane, The Sin Of Envy, is much more agile & creative than any pure Titan 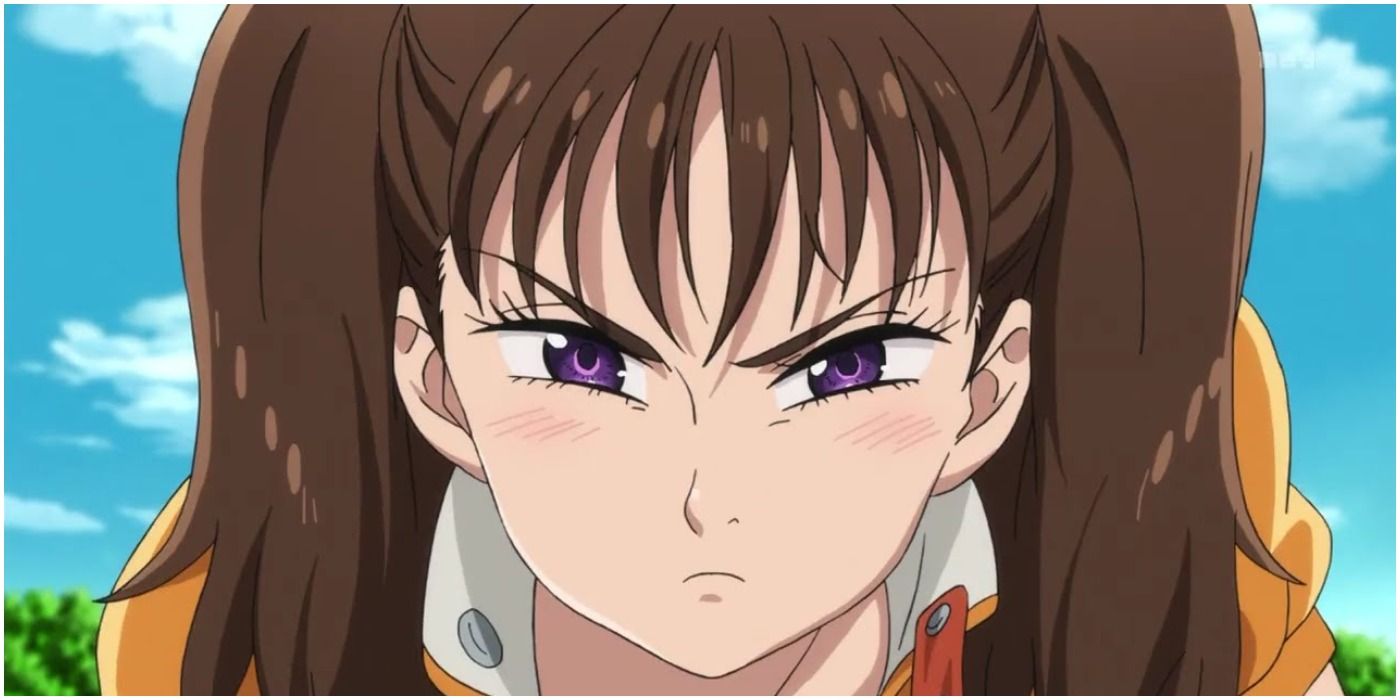 Diane is yet another member of Meliodas’ team who would have little trouble facing a pure Titan and winning in mortal combat. In fact, Diane is a giant herself, and she can stare any Titan in the eyes while fighting it (and she has the strength to match it, too).

Diane is much more agile and creative than any pure Titan, and she can use her weapon (Gideon) and her earth powers to demolish a pure Titan, or at least restrain it beyond any hope of fighting back.

6 Elizabeth Liones, The Archangel, could encase a pure Titan within her Ark ability & vaporize it 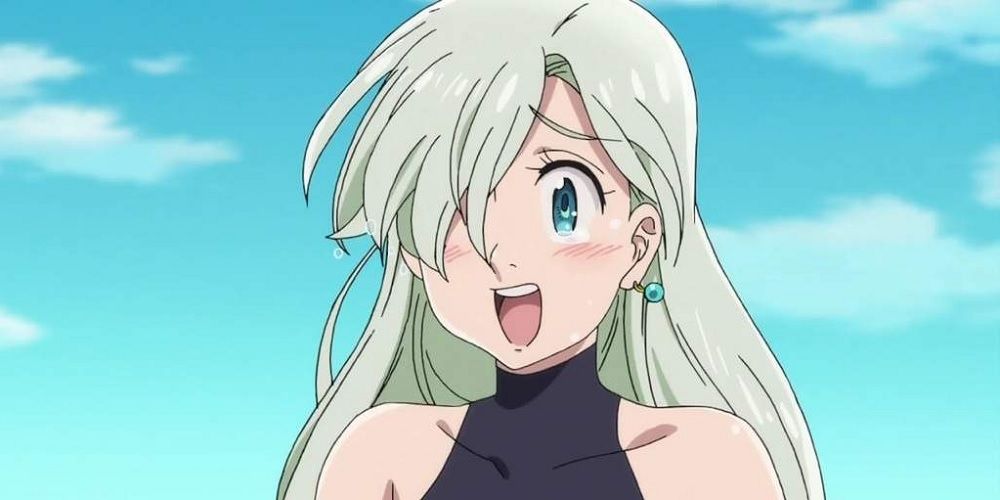 At first, Elizabeth Liones was a runaway princess who sided with the outcast Sins, but there is more to her than that. Much later, her true nature was revealed: Elizbeth is an archangel, and she has powers to match, including multiple wings.

Elizabeth’s divine powers work best on curses and demons, but she could also wield this power against a pure Titan. She could encase a pure Titan within her Ark ability and vaporize it, including the Eldian inside. 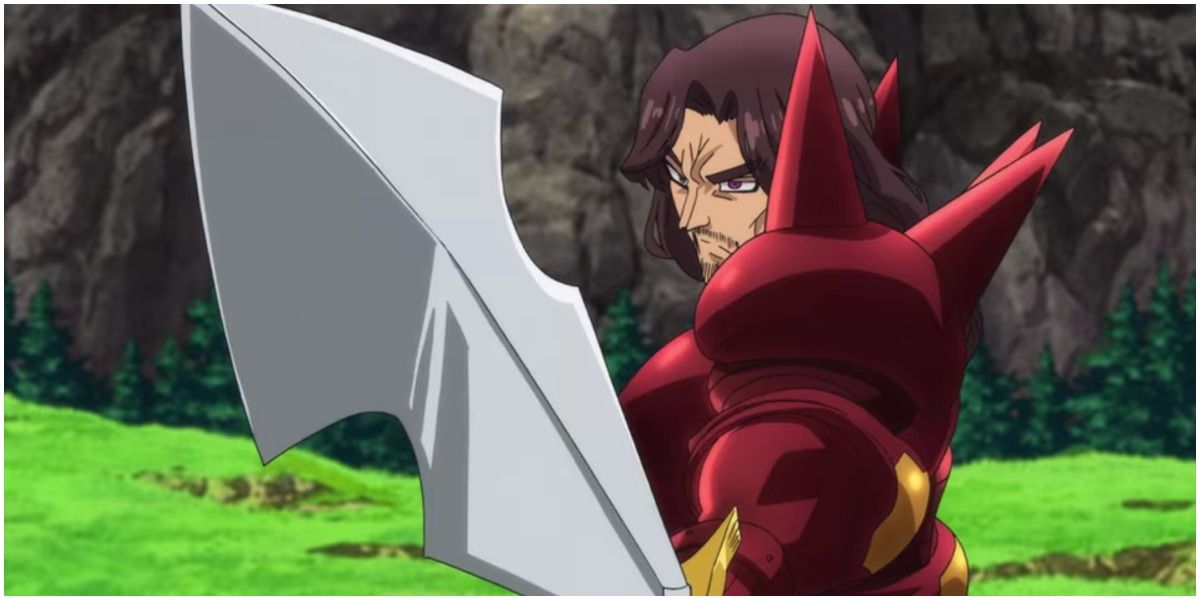 The kingdom of Liones can always rely on the seven deadly Sins to defend its borders, but the Sins don’t have to fight alone. Many other holy knights are ready for battle too, such as the legendary Dreyfus. With his Break ability, he could easily take on a pure Titan.

Dreyfus’ iron will would allow him to resist a pure Titan’s melee strikes, and he can also fire devastating energy blasts from his sword. Such attacks could cut the Titan down to size, and Drefus could find and kill the Eldian inside. 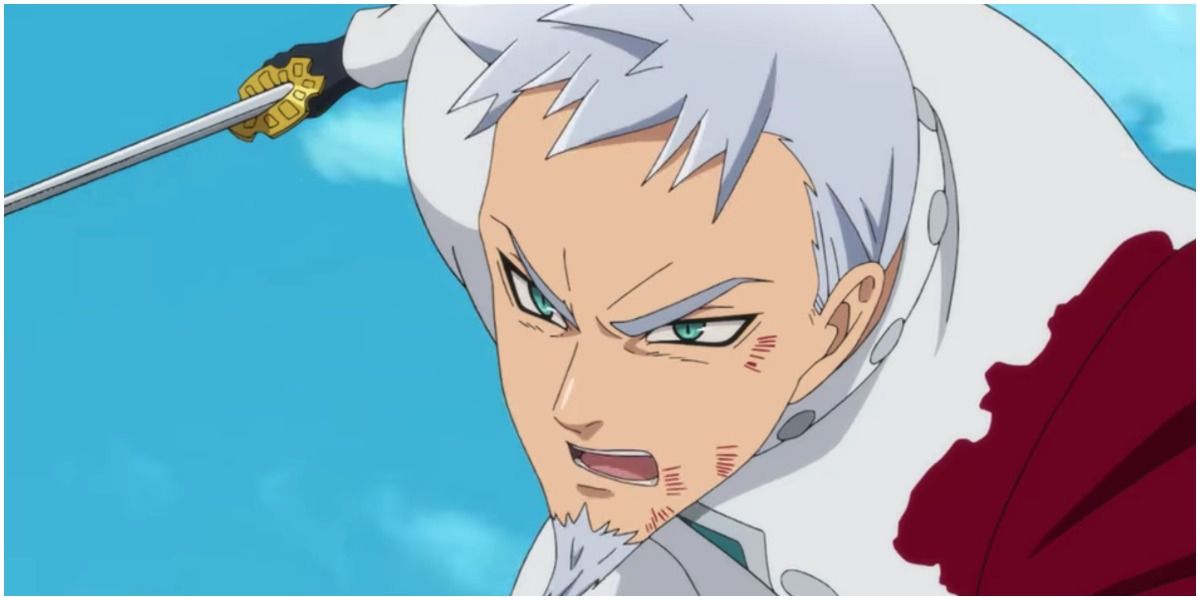 Holy knight Hendrickson is a real powerhouse, and he and his friend Dreyfus can take on any foe and win, even pure Titans. Dreyfus’ speed, strength, and sword technique are all incredible, allowing him to strike a pure Titan and bring it down.

3 Drole, The Giant King, could easily manipulate the earth & rocks around him to trap & crush a pure Titan 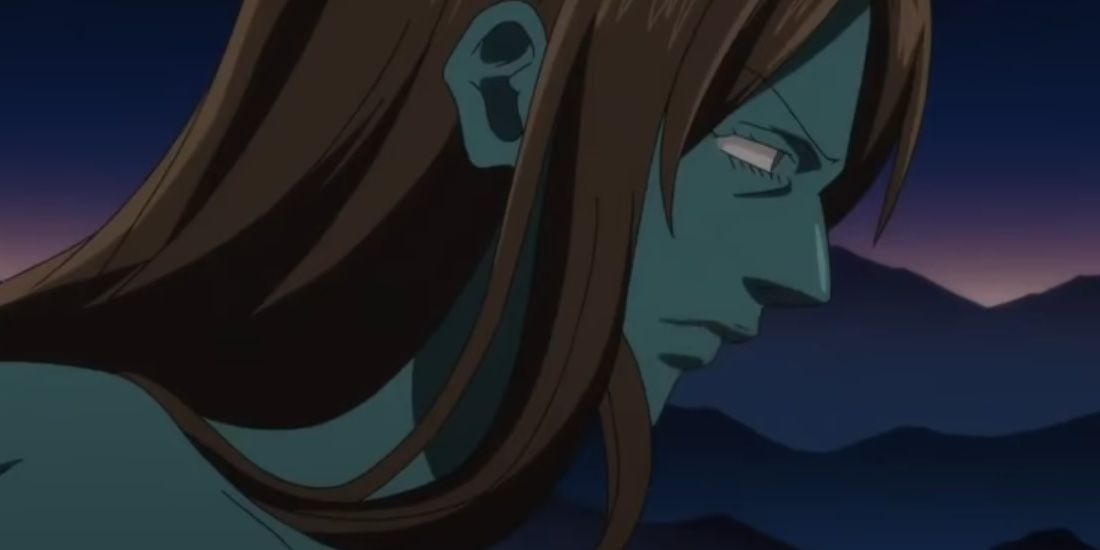 Drole was once the king of the giant people, and he can back it up with action if need be. Drole also once served among the Ten Commandments, but he and his fairy friend Gloxina have since quit the club. Still, Drole’s spot in that elite group speaks volumes about his power.

Like Diane, Drole can control the earth at will, and he can do this with godly power. Drole could easily manipulate the earth and rocks around him to trap and crush a pure Titan, and that Titan would fall before it even realizes what’s happening.

2 Ludociel, The Archangel, could easily outmaneuver a pure Titan With his flight & super-speed 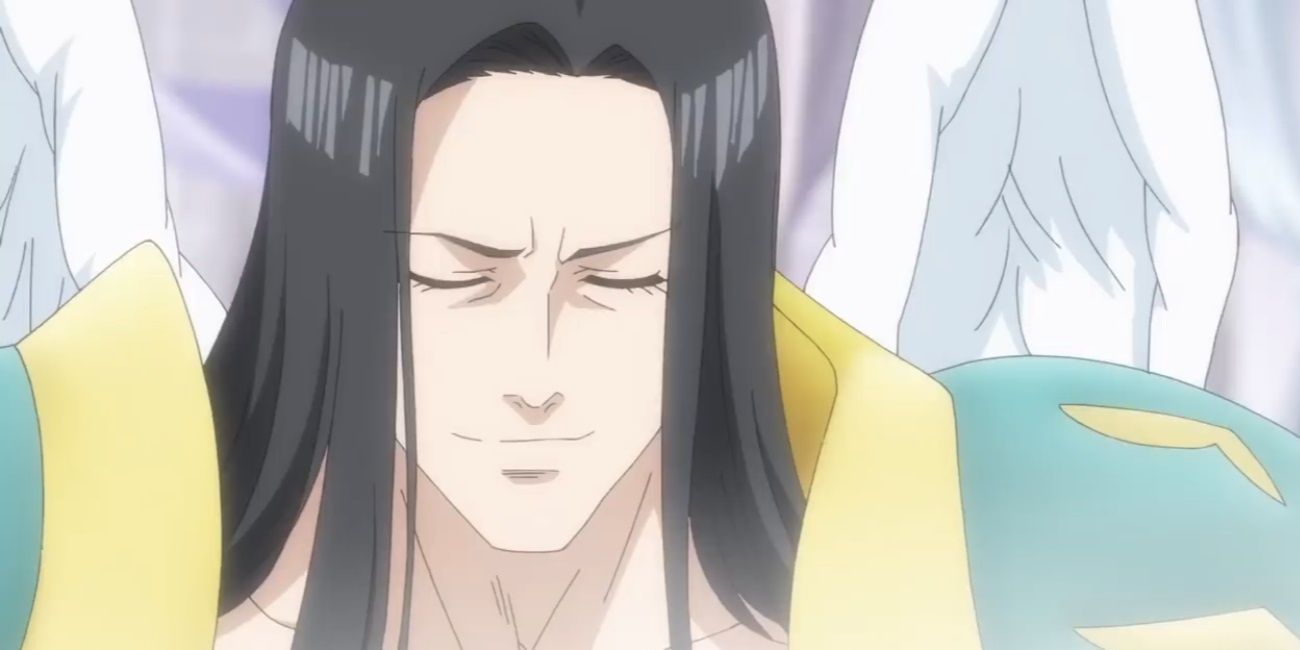 Elizabeth is a powerful archangel, and that goes double for Ludociel, who is among the four most powerful angels of all. He is easily a match for any of the Ten Commandments, and when he gets serious, his power actually exceeds theirs.

With his flight and super-speed, Ludociel could easily outmaneuver a pure Titan (or even a group of them) in combat. Then, at leisure, Ludociel could activate his Ark ability and vaporize any Titan that stands in his way.

1 Melascula, The Commandment Of Faith, could bathe the pure Titan in venom & dissolve it right down to the bones 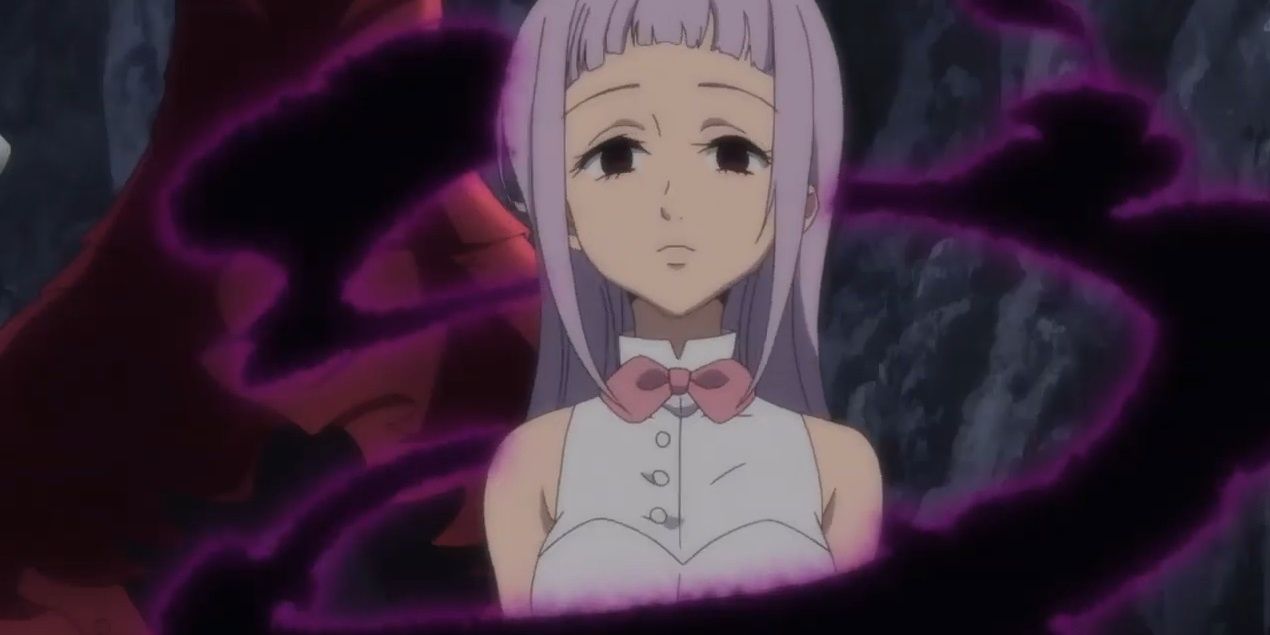 One of the trickiest members of the Ten Commandments is Melascula, who is vastly more powerful than her appearance would suggest. Melascula can trap an opponent within a dark sphere, and not even her fellow Commandments could break out. That alone is enough to subdue a pure Titan.

Otherwise, Melascula could use her Deadly Poison technique, and bathe the pure Titan in venom and dissolve it right down to the bones. As Melascula proved when she used this on Ban (the greed sin), this ability can nullify flesh regeneration.