10 Major Changes AMCs The Walking Dead Made From The Comics

The Walking Dead has been loyal to the comics but there are some areas where it completely went off the tracks.

You Are Reading :10 Major Changes AMCs The Walking Dead Made From The Comics 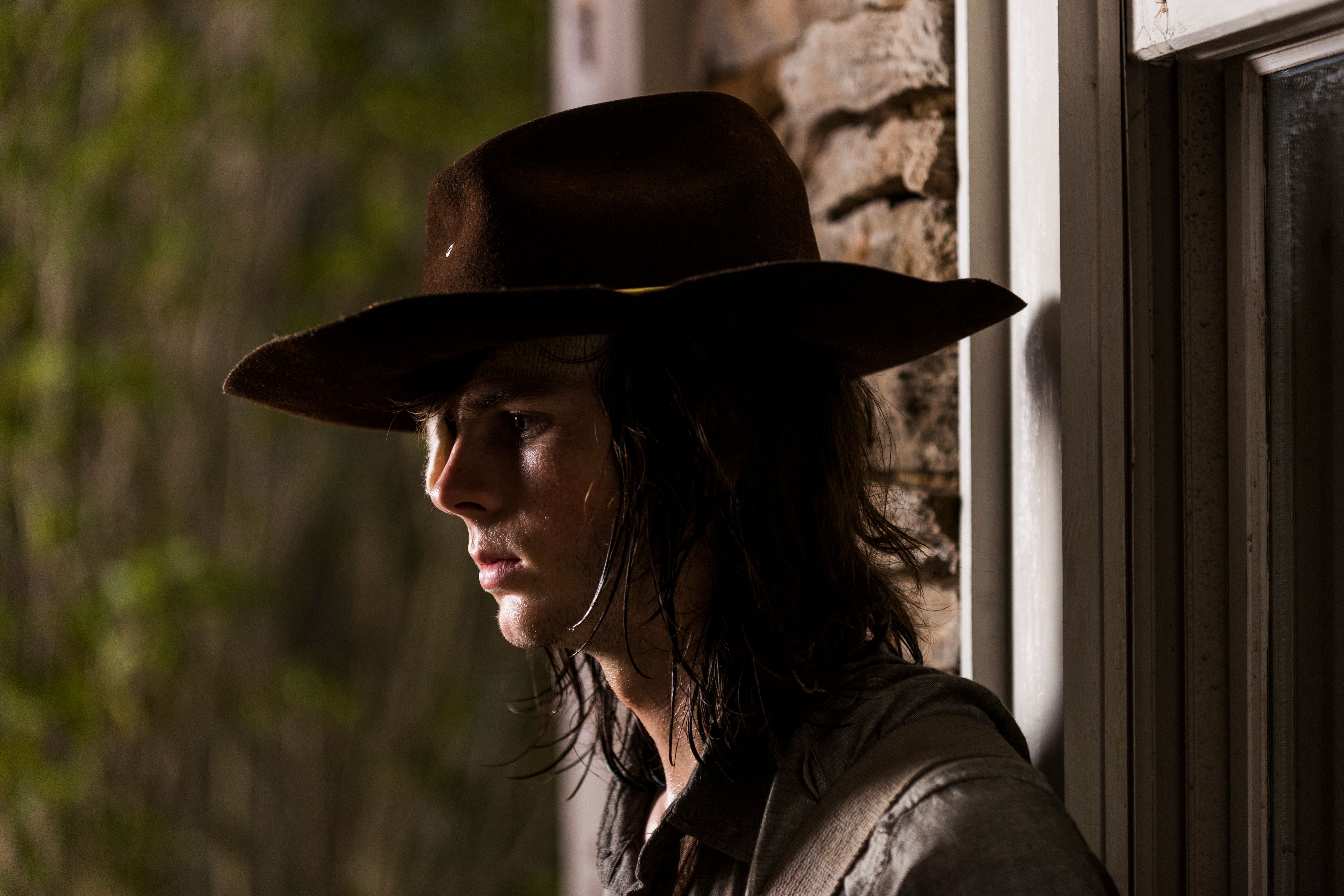 The Walking Dead comic book creator Robert Kirkman once said that he would never put Daryl Dixon in the comics. His reasoning was that he liked to keep the comics and the TV show’s stories separate. This would keep people from watching repetitive and predictive stories. This, he said, meant that there was something unique about every iteration of his zombie story.

In season nine, that went almost too far as the main protagonist of the comic books—and the man who was also the protagonist since the premiere of the TV show—left the series. While that was a monster difference in the two stories, here are 10 changes The Walking Dead made from the comics that made sure the two remained very different beasts. 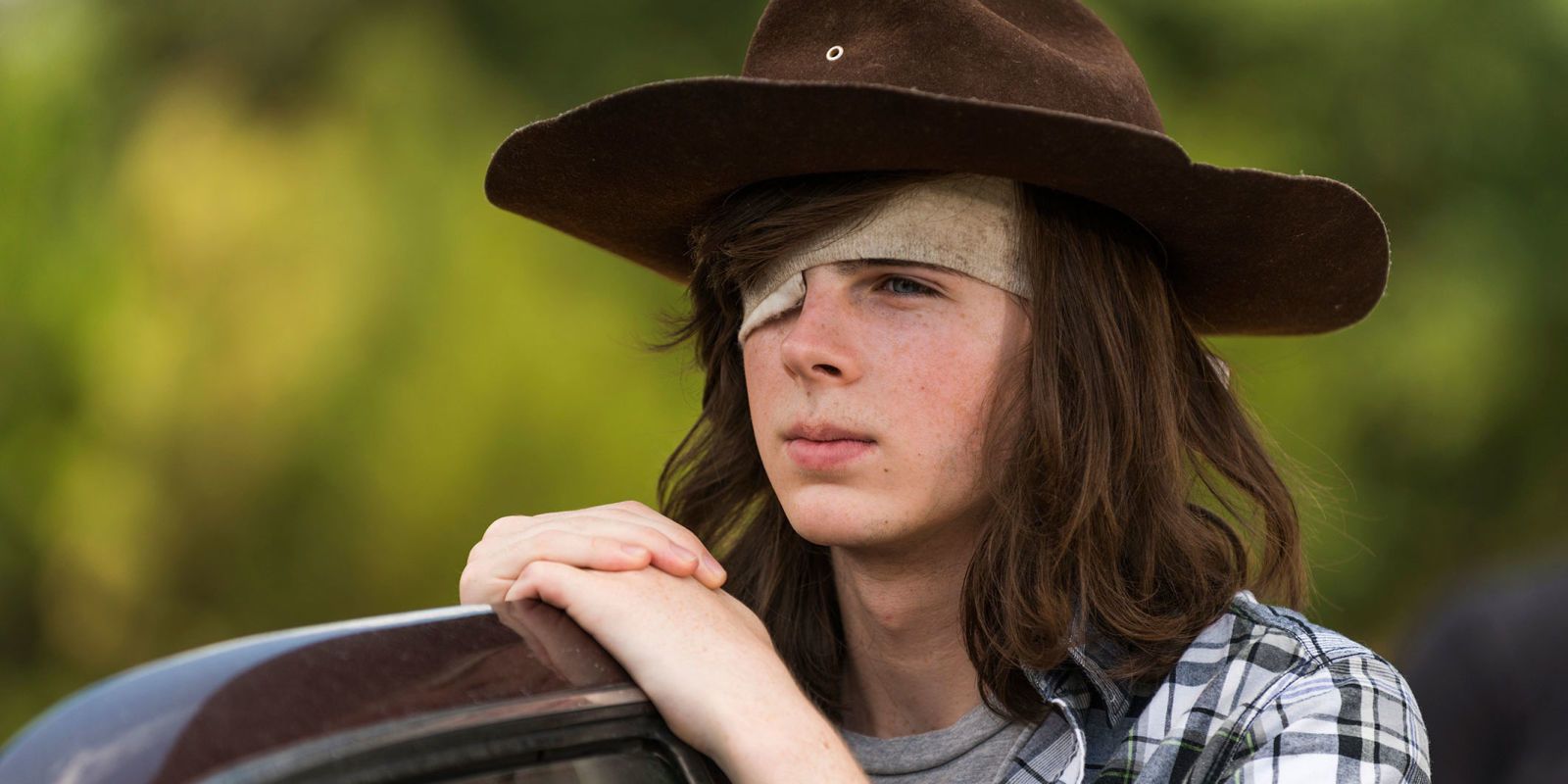 The biggest change The Walking Dead made from the comics actually came in season eight. This was the moment that Carl Grimes admitted to his friends and family that he was bitten by a Walker. He then took his own life to ensure he did not turn and return.

This was a monster change from the comic books. In the pages of The Walking Dead, it has almost been set up to have Carl Grimes become the new leader in the future once his father eventually passes on. Carl is the future in the comics and he is no longer even alive on the TV show. Grimes was replaced by his sister Judith, who happened to perish shortly after birth in the comics. 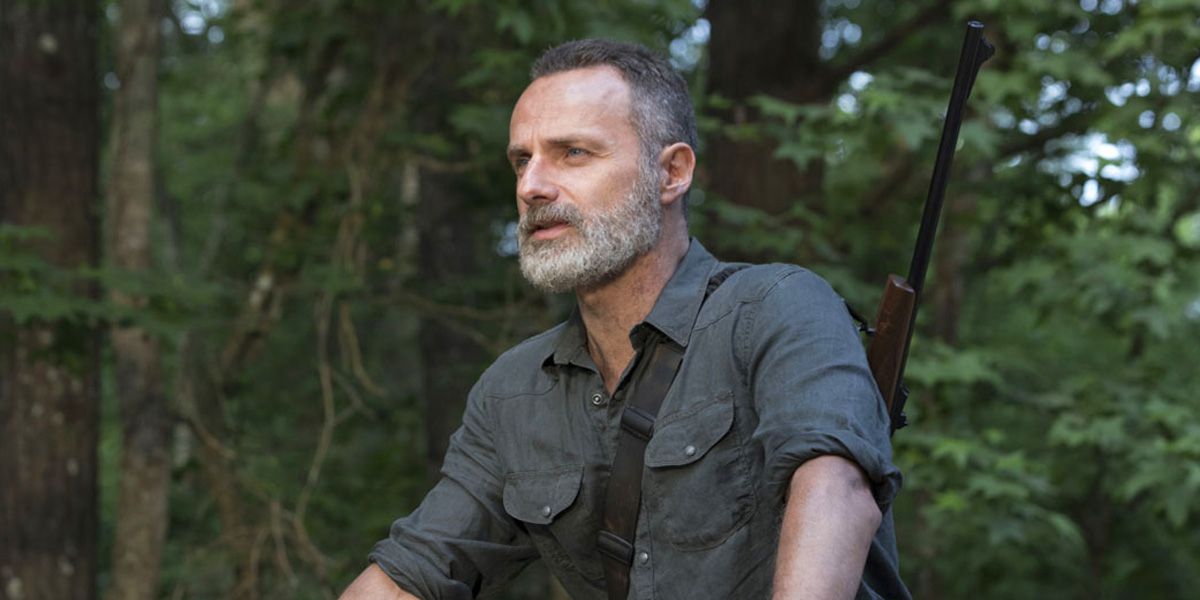 While Carl Grimes seemed like a shocking departure—due to the fact that fans believe he is a future leader—the loss of Rick Grimes was even more shocking. Andrew Lincoln asked to leave the show but there will be some TV movies based on his character. However, he is long gone once the time jump occurs and the Whisperers attack. This, of course, is crazy and the biggest change The Walking Dead made from the comics.

Rick, in the comics, is still the leader of Alexandria and is the man who single-handily united the communities. Now, Rick is gone and it seems like Daryl will have to fit into the role that he left behind since Carl is not there to take over for his dad. 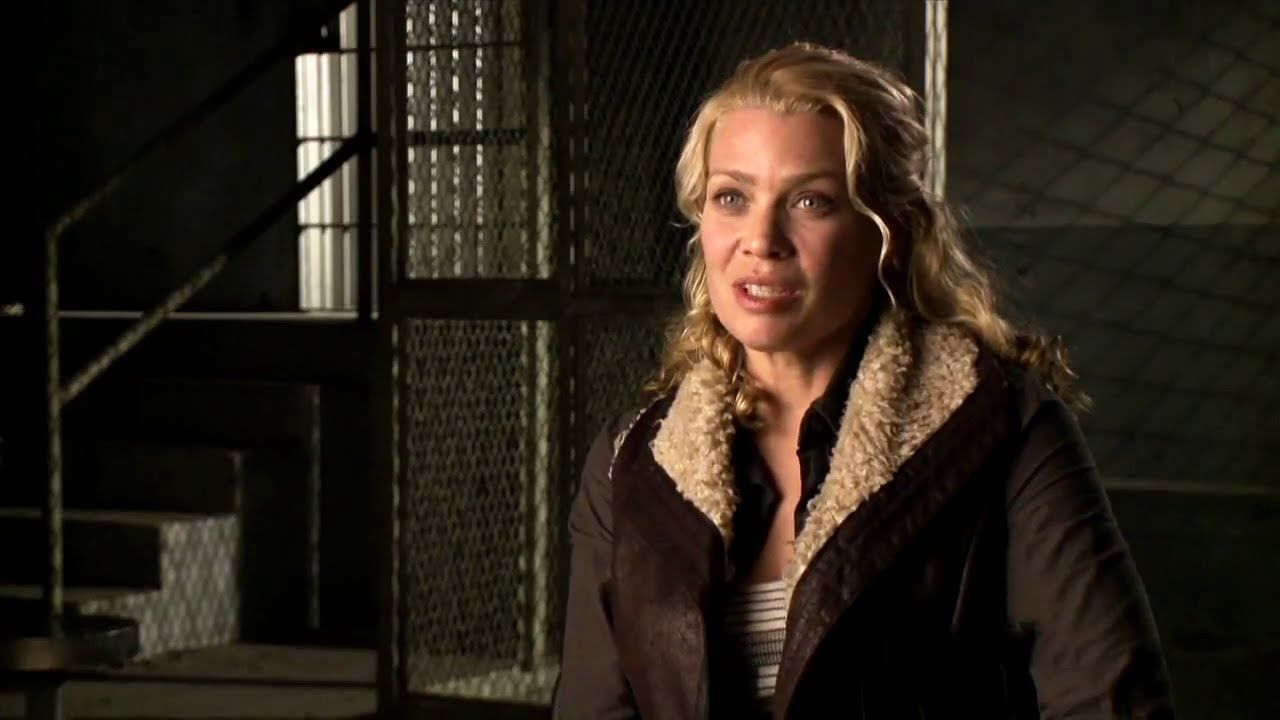 Three are two characters that underwent massive wholesale changes on the television version of The Walking Dead. The most disappointing change The Walking Dead made from the comics was to Andrea. On the TV show, she was always depressed, never stopped complaining, and was a character that the fans wanted to go long before she fell, thanks to the Governor.

However, in the comics, Andrea was a rock. She was a strong character that stood her ground and was as important as Rick in making sure things went right. Andrea actually ended up with Rick, a role Michonne took on the show and lasted a very long time. She was a fan-favorite and a very different character than her TV counterpart.

RELATED: 10 The Walking Dead Characters That Fans Were Glad To See Gone 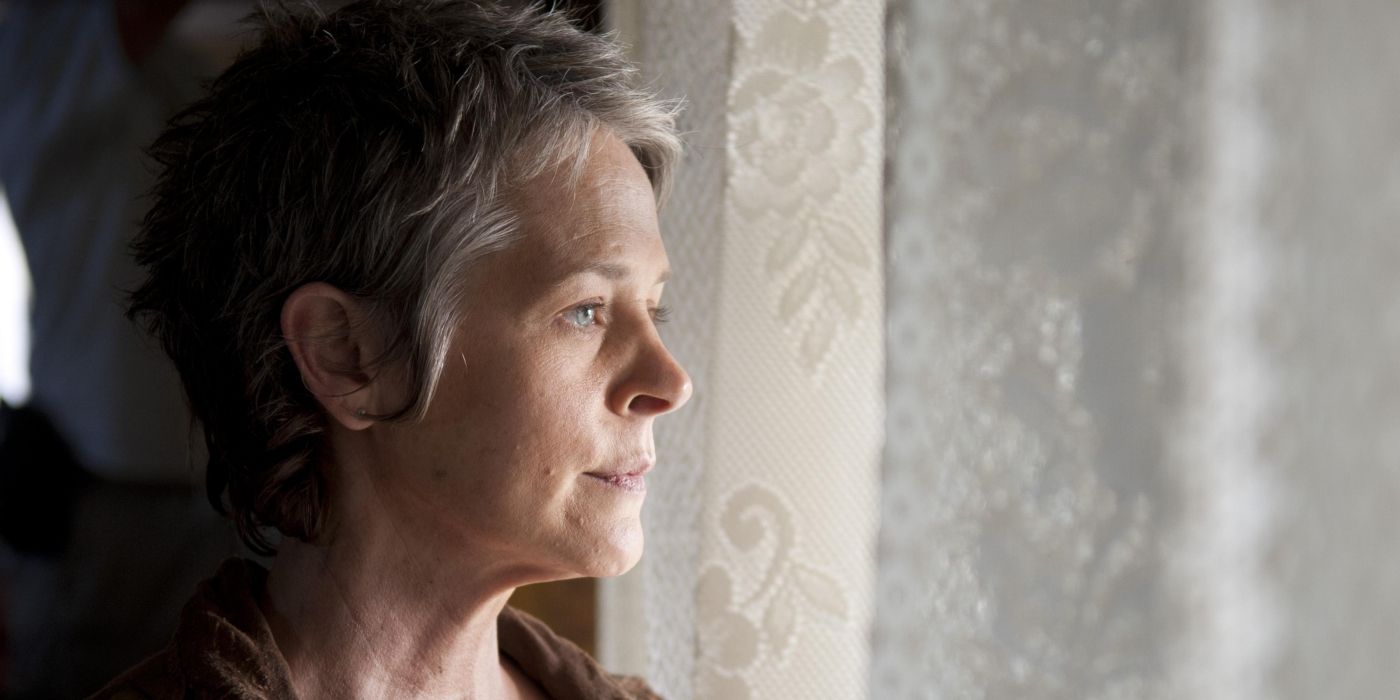 While the changes The Walking Dead made from the comics to Andrea took a strong and beloved character and made her almost universally loathed by fans, the opposite happened with Carol. Fans of the TV show have watched Carol become one of the strongest and most destructive characters when it comes to defending her people.

However, Carol in the comic book was very, very different. She lost her husband and almost completely neglected her daughter Sophia after hooking up with Tyrese. When he cheated on her with Michonne, Carol tried to convince Lori to marry her so the two of them could have a happy family with Rick. When Lori rejected the entire idea, Carol chose to embrace a Walker and take her own life, leaving her daughter an orphan.

RELATED: The Walking Dead: 10 Times The Show Was Better 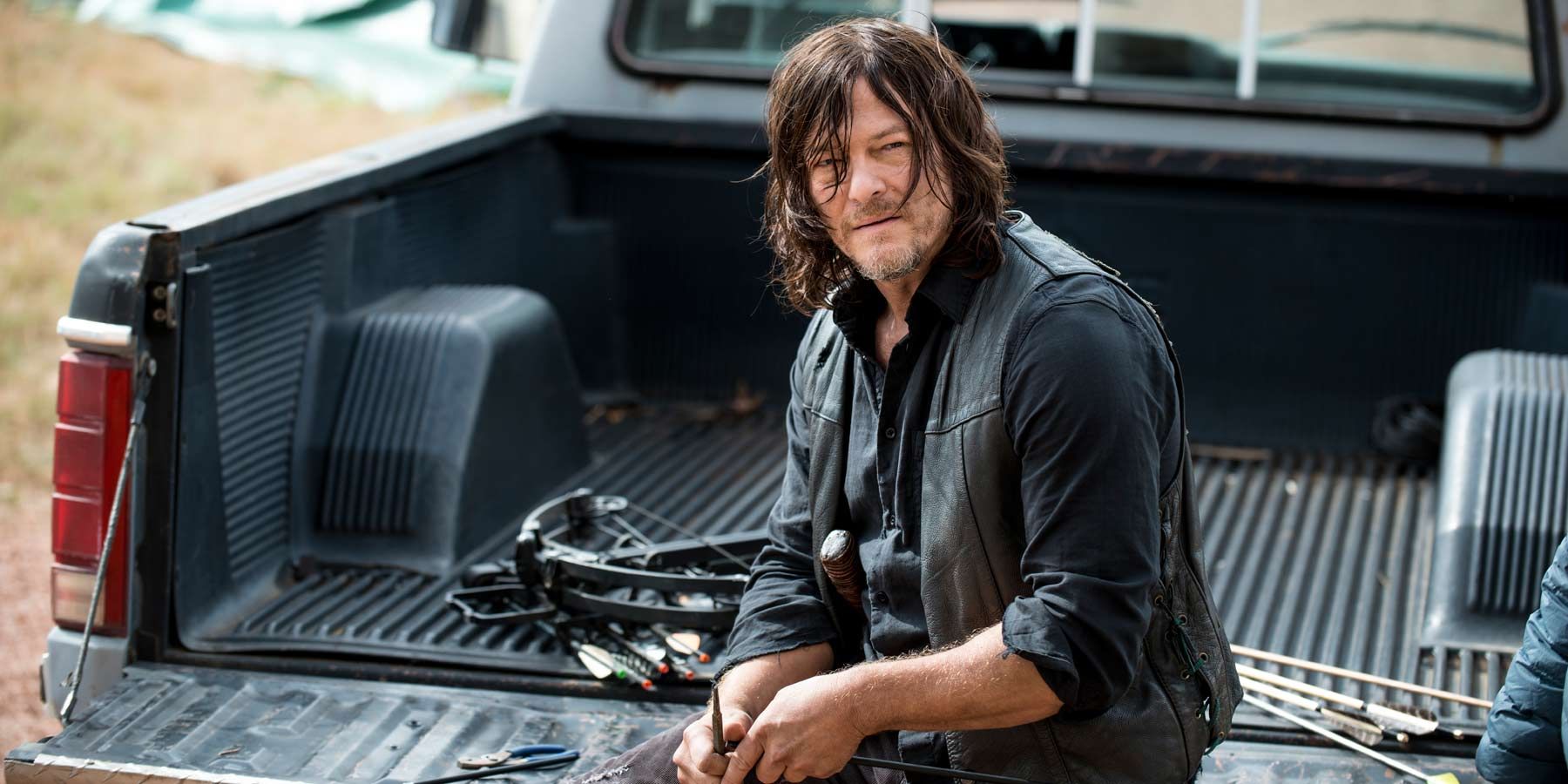 Daryl is the one character that never appeared in the comic books but became one of the biggest stars on the entire television series. As a matter of fact, when Andrew Lincoln left the show, the producers ponied up enough money to ensure that Norman Reedus would stick around for a long time as the new lead character of The Walking Dead.

In this massive change that The Walking Dead made from the comics, the survivors ran across some new people while running for supplies in Atlanta — this included Merle and Daryl Dixon. While these characters never appeared in the books, they were both hugely important in the TV show and proved from the start that things were not going to play out the exact same way they did in the comics. 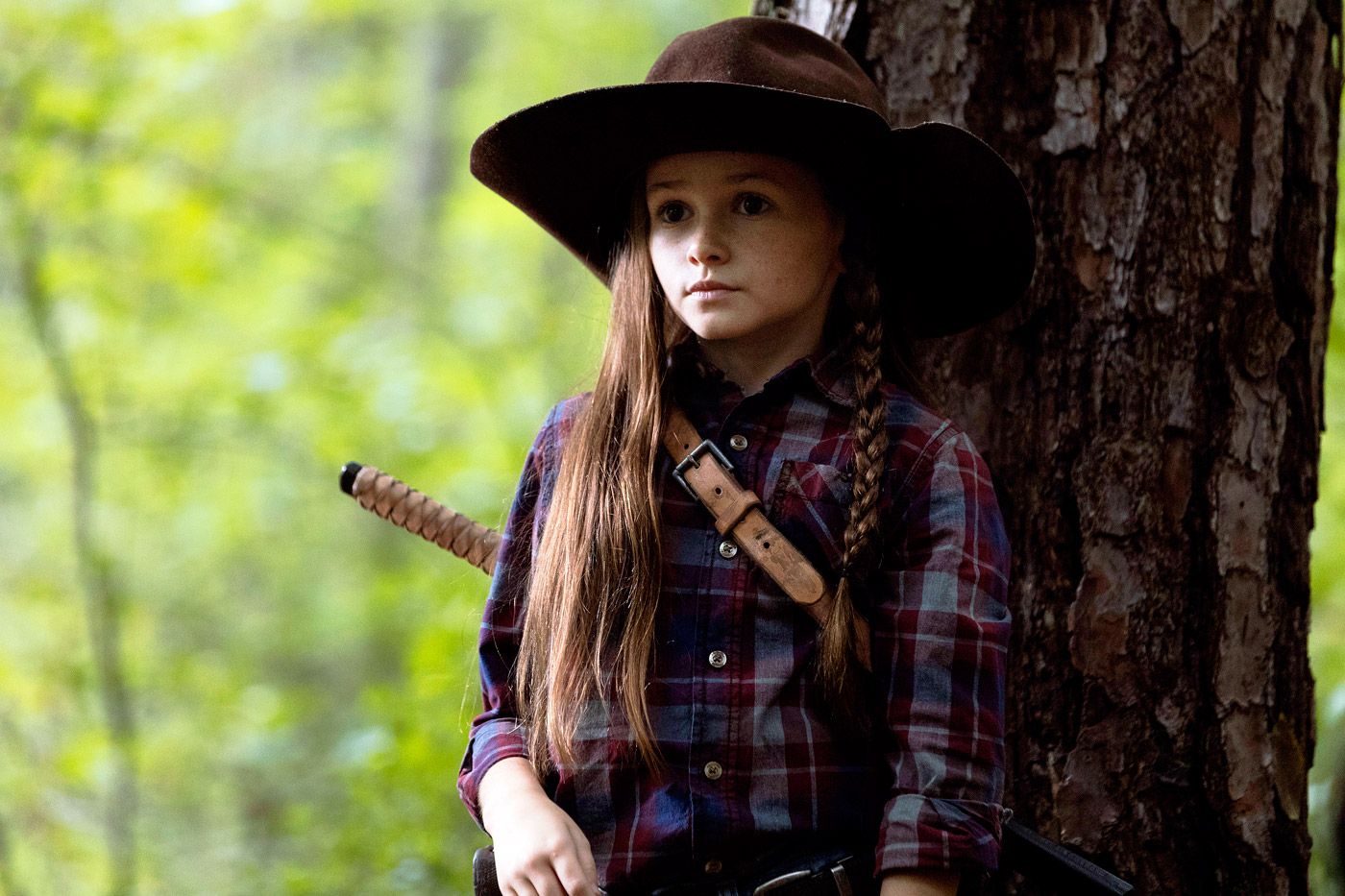 When it comes to the change The Walking Dead made from the comics at the prison, it might have changed the entire future of the television series. In the comics, Lori had her baby and then the Governor attacked the prison, sending a hail of bullets into the grounds; some of which took down Lori and her newborn baby.

This almost destroyed Rick Grimes. On The Walking Dead TV show, Lori passed away giving birth but baby Judith lived. Now, as the show has removed both her father and big brother, it looks like Judith will move into the role that Carl seems destined for in the comics.

RELATED: The Walking Dead: 15 Times The Comic Was Too Controversial For TV 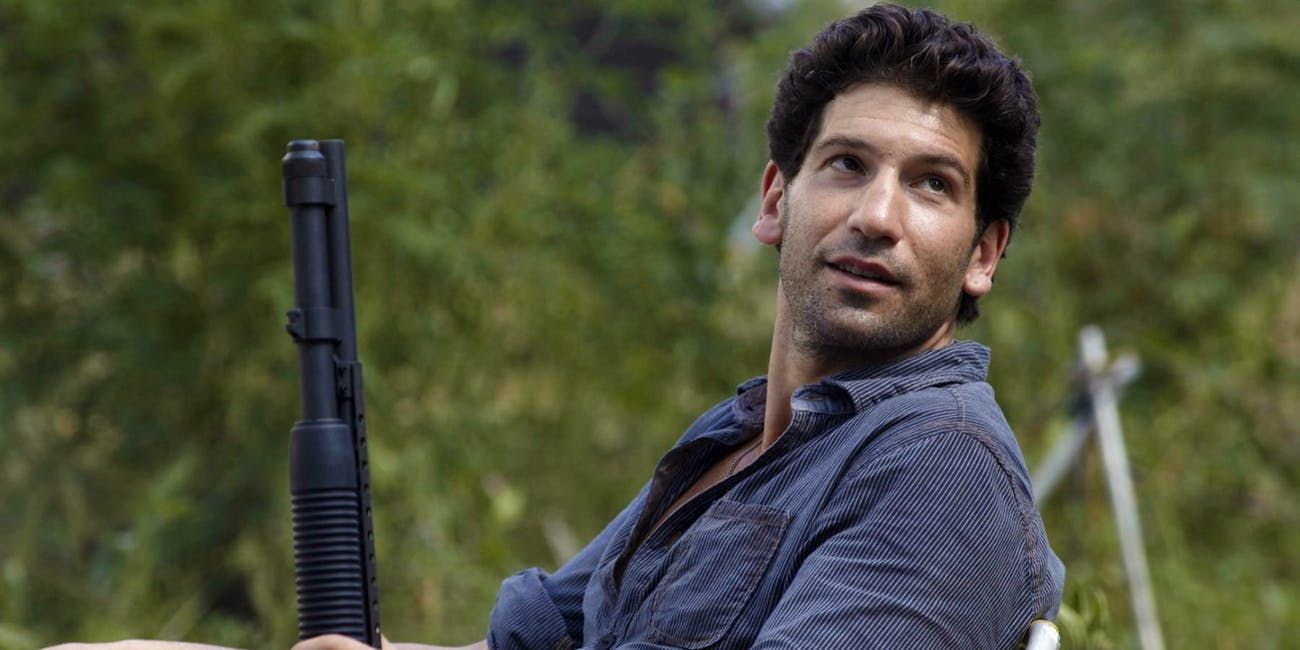 Shane was the first villain on The Walking Dead. He was Rick Grimes’ best friend before the apocalypse. However, when he thought his friend would never wake up, Shane moved in and hooked up with Rick’s wife Lori. In the comic books, it was not very long before Shane started to show a psychotic personality as he wanted to keep Lori even if it meant taking out his best friend to do so.

It was Carl that took out Shane — saving his father from an attack by the one man he trusted. In the TV show, Shane lasted for a very long time — much longer than the comics. He was also shown to be a leader in the TV show, much more so than the comics, and worked hard to turn people against Rick. It made him a much more complex and interesting character in the end. 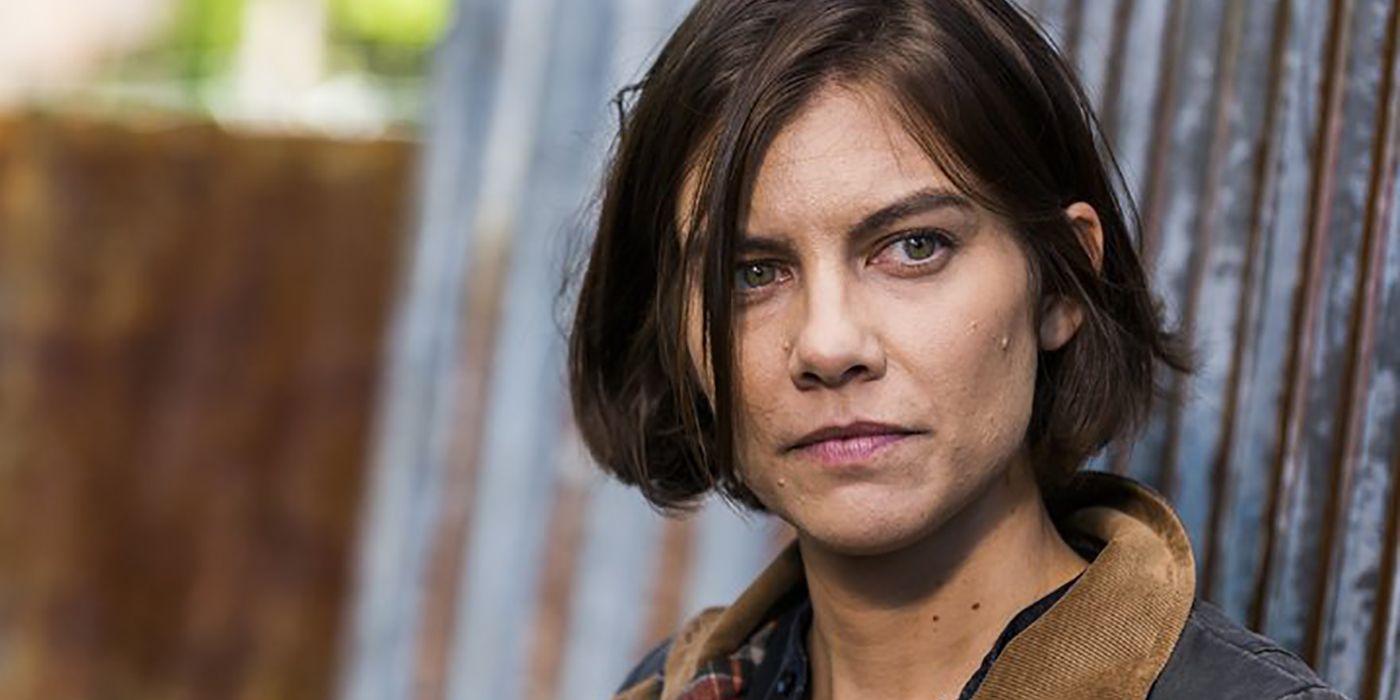 In The Walking Dead television show, she was also a survivor. Her moment with Negan this season where she chose to let him live—because that punishment was better than the alternative—was straight out of the comics. However, because Lauren Cohan wanted to leave the show, Maggie is now gone with Georgie’s group, leaving the Hilltop behind. This is almost as big of a loss as losing Rick Grimes himself. 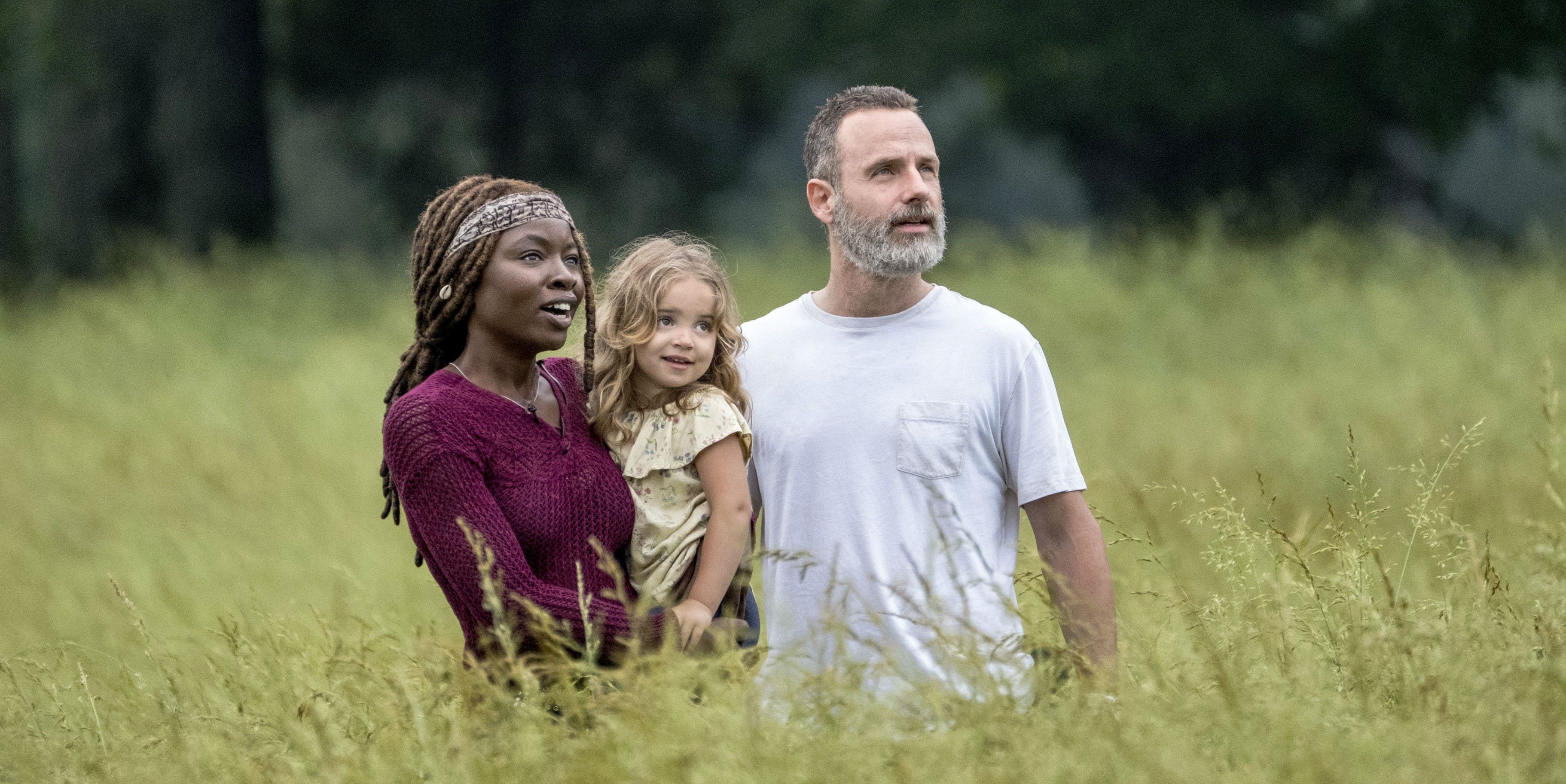 There were changes to other characters that forced the changes The Walking Dead made from the comics to the TV show. The two biggest changes were to the characters of Carol and Andrea. In the comic books, Andrea was strong and determined and ended up in a romantic relationship with Rick Grimes. Carol, on the other hand, was weak and distraught and took her own life.

On the TV show, this caused two big changes. For one thing, Michonne took Andrea’s place as the woman who fell in love with Rick. However, in the comics, Michonne ended up with King Ezekiel. As a result, Carol was who ended up with Ezekiel in the TV show… This allowed Carol to take Michonne’s place and for Michonne to take on the role Andrea left behind.

RELATED: The Walking Dead: Everything That Changed During The Time Jump 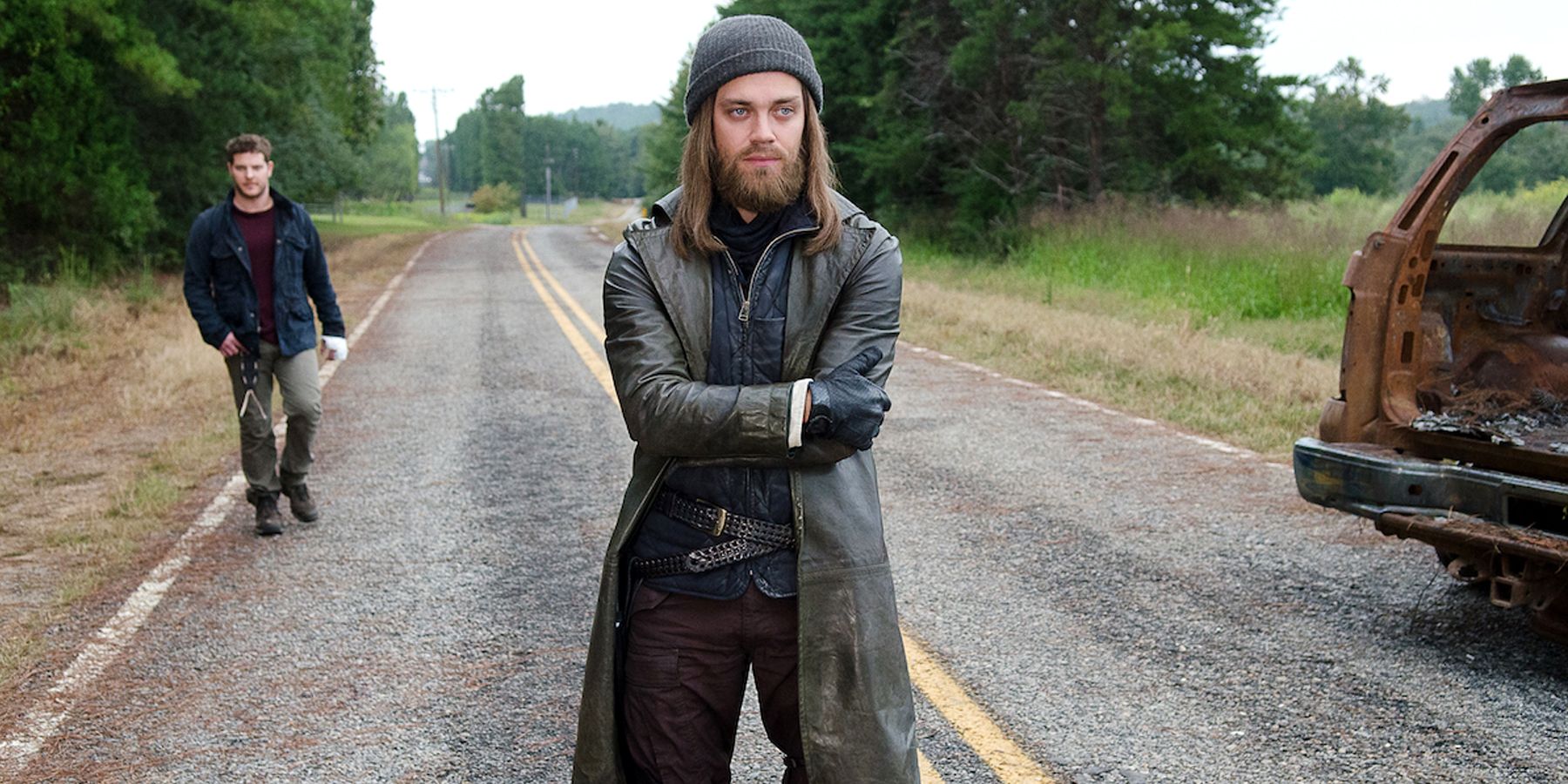 What’s possibly the most depressing change The Walking Dead made from the comics to the TV show was with the character of Jesus. In the comic books, Jesus was a one-man wrecking crew. He could jump into any fight—no matter how many people he was up against—and came out not only as the winner but without a scratch on him.

When the TV show introduced him, he did just that with Daryl and Rick. It was clear that the survivors just gained a valuable ally. After that, he was stuck at the Hilltop almost his entire tenure, never getting another chance to show how awesome he was until he finally perished in the season nine midseason finale. When asked about it, actor Tom Payne said he was happy to end his tenure on the show. His reasoning was because the character was never given the chance to match up with its comic book counterpart.

Shawn S. Lealos is a freelance writer who received his Bachelor’s degree in Journalism from the University of Oklahoma with a minor in Film Studies. He has worked as a journalist for 25 years, starting in newspapers and magazines before moving to online media as the world changed. Shawn is a former member of the Society of Professional Journalists and a current voting member of the Oklahoma Film Critics Circle. He has work published on websites like The Huffington Post, Yahoo Movies, Chud, Renegade Cinema, and 411mania. Shawn is also a published author, with a non-fiction book about the Stephen King Dollar Baby Filmmakers and has begun work on a new fiction series as well. Visit Shawn Lealos’ website to learn more about his novel writing and follow him on Twitter @sslealos.